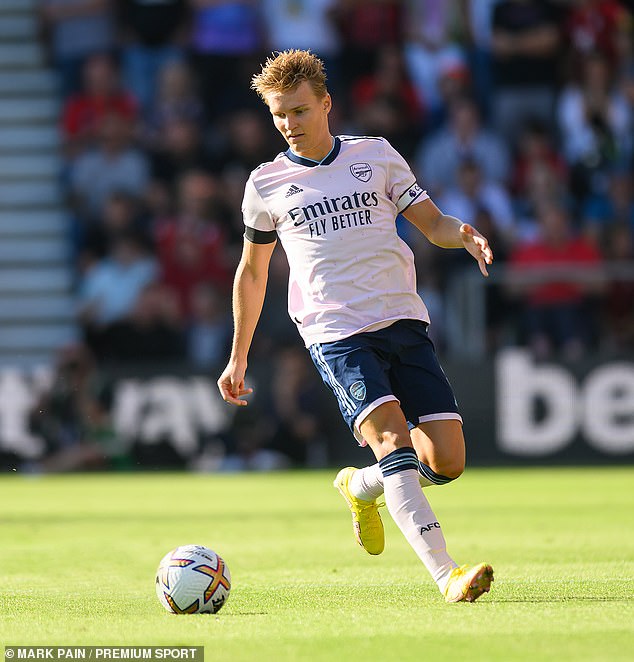 Martin Odegaard misses Arsenal’s trip to Brentford through an injury that he picked up in training last weekend, as left-back Oleksandr Zinchenko is also ruled out

Arsenal captain Martin Odegaard misses the trip to Brentford through an injury he picked up last week.

The 23-year-old midfielder suffered a knock in training last weekend and was not able to work as would have been liked ahead of the trip across London.

The Norweigan international has returned to training, but was not able to prepare for Sunday’s trip to west London, according to The Athletic.

Odegaard has only missed four games previously for Arsenal through injury when he was out in April 2021 with an ankle problem.

It comes as a blow to boss Mikel Arteta, given his impressive start to the new season, having scored three times in the Gunners opening six Premier League fixtures.

Left-back Oleksandr Zinchenko also out with a small problem said to be a calf injury, but neither injury to both key players are believed to be serious. 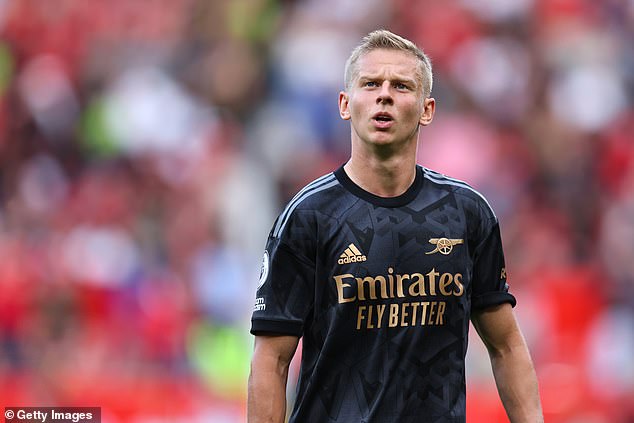 Zinchenko has also withdrawn from the Ukraine squad for the upcoming international break in order to ensure that he is fully fit for Arsenal’s next domestic game, which comes against bitter rivals Tottenham at the beginning of October.

Former captain Granit Xhaka has taken on the captain’s armband for the match against Brentford.

Arsenal can climb back to the top of the Premier League with a win at Brentford, having seen Manchester City and Tottenham move ahead of them after both securing wins yesterday.

The Gunners have won five of their first six league games this season and saw their 100 per cent start ended by Manchester United earlier in the month.