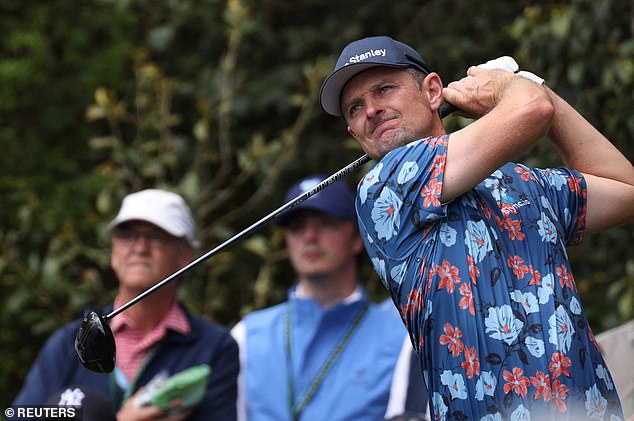 Justin Rose was on Friday night on course to miss the weekend garden party at Augusta.

With his second straight loop of 76, the 41-year-old was stranded a long way short of where he needed to be on eight-over par. His best form appears no closer.

Even with the conditions blowing the later starters into difficulty, thereby lowering the bar for progression, the chances seemed awfully remote that Rose would survive the cut, which was dotted around three over at the time of going to press.

With it came the distinct possibility that Rose would miss the sharp end of a tournament for the third time in four starts.

Quite when he will return to his usual standing is anyone’s guess.

His second round started badly with a bogey at one, got worse with another at seven and, after a brief recovery at 10, it bottomed out on the modified 11th, which was brutally tough in the gusts.

Rose’s tee shot went into the trees down the right, his second clattered into the crowd and his third, a recovery pitch, skipped through the green and into the pond. His triple bogey seven effectively killed his trip to the Masters. 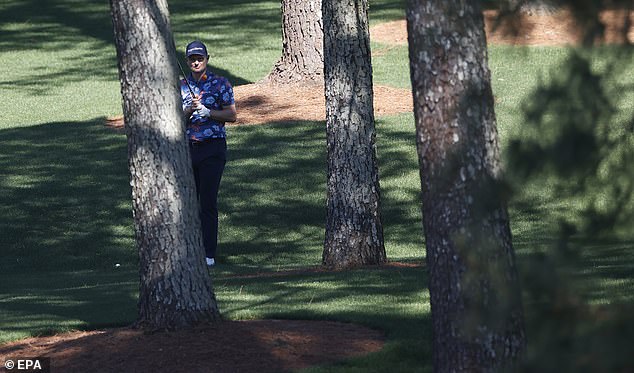 The former US Open champion balanced two bogeys with two birdies in the final seven holes.

Of the remainder of the English contingent, led brilliantly by Danny Willett in the early phase of his round, there was more pleasing progress from Lee Westwood, who turns 49 this month.

Playing his 21st Masters, he, like Rose, had the benefit of the moderately better conditions, and his two-over round of 74 was solid in difficult circumstances. At two over for two rounds, he will make it through.

He played the front nine in even par, the highlight of which was a delightful recovery at eight. 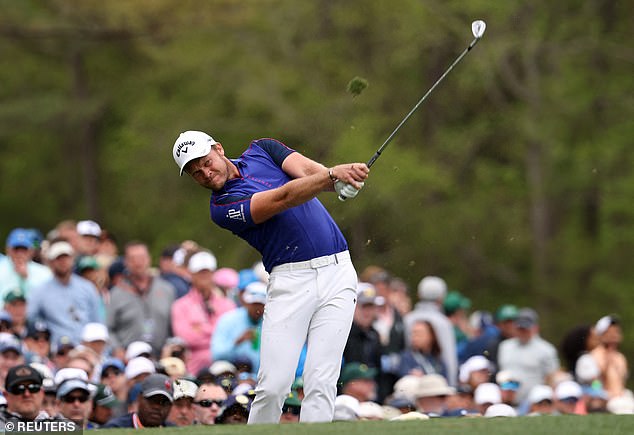 After pulling his second shot at the par five deep into trees down the left, he threaded the needle with a lob to the green. Holing a putt in excess of 30ft, he somehow collected a birdie.

Three dropped shots through Amen Corner took the two-time runner-up out to three over before a birdie at 15.

‘It’s tricky,’ said Westwood. ‘I was saying coming down 15, there’s so many smelly shots out on that golf course today that you need a bit of fortune to hit it at the right time, and you obviously have to play the right shot. Control your ball flight. Control your spin.

‘You’ve got to drive well. You’re not going to score from the trees, are you? You’ve got to hit a long way because it’s a long golf course. 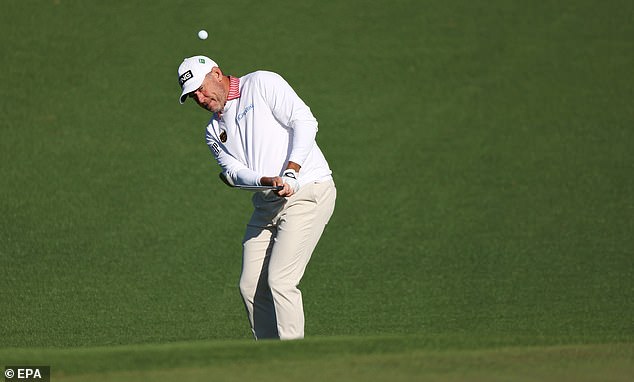 Matt Fitzpatrick, the world No 24, was one over through 15 holes, and level par for the tournament. He opened with a three-putt bogey, pulled it back at six and dropped a stroke at 11, where he came within inches of the water and more damage. One of the shorter hitters, his guile from the fairway has kept him on the fringes of contention.

Tommy Fleetwood was two under through seven holes, bringing him back to one over for the tournament after a poor opening round. Tyrrell Hatton was on two over after a 74, tied with Westwood and Scotland’s Robert MacIntyre, who has now made eight cuts in his first eight majors.