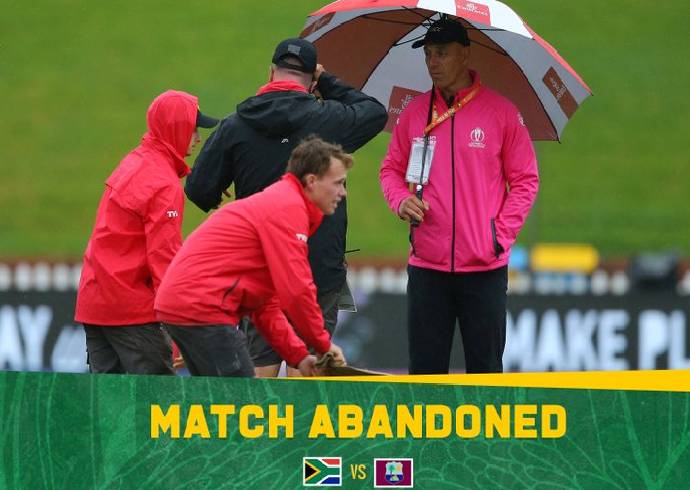 SA-W vs WI-W Live Score – ICC Women WC LIVE: RAIN STRIKES….The umpires are calling for the covers. The drizzle has gotten heavier, forcing them to pull the plug: Earlier West Indies Women led by Chinelle Henry have completely derailed South African innings with 4 early jolts. After deciding to field first, Straightaway they got in a driving seat as both South Africa openers Lizelle Lee & Laura Wolvaardt went back in hut for just 14 on board. Chinelle Henry picked 3 wickets for 19 runs. Follow SA-W vs WI-W Live Score and ICC Women’s World Cup Live updates on InsideSport.IN.

Migon Du Preez was doing some repair work as she was batting at 38 (31 balls) when RAIN HALTED the play.

Earlier Rain in Wellington Delayed the TOSS and the match by almost 3 hours. The match now will be 26-overs-per-side. A 20 minute break mid-innings.

South Africa vs West Indies LIVE: South Africa women team already has one step in the DOOR to Semifinals of ICC Women ODI World Cup. Unlike their opponent West Indies team they can still afford some slip-up on Thursday. For the team from Caribbean defeat in the match means they exit from the SEMIFINAL RACE

The covers are off as well, and both teams have started their warmup.#CWC22 https://t.co/jteezU6PSw

What West Indies needs to make it to the LAST-4?

West Indies is currently NO. 4 in the POINTS TABLE and will be playing their last league match on Thursday.