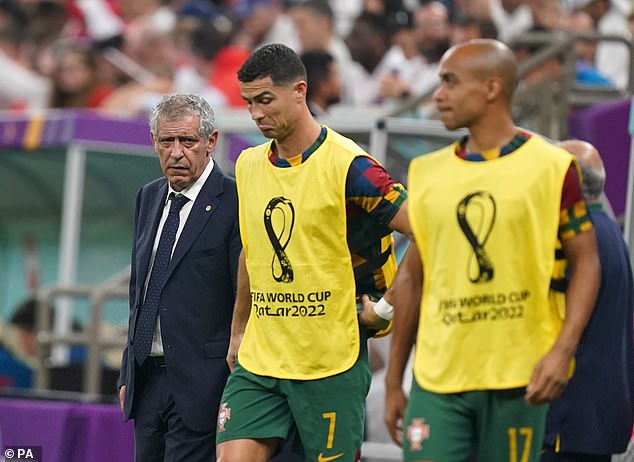 Fernando Santos has been Portugal’s boss for eight years and has spent most of that time protecting Cristiano Ronaldo, covering for him, massaging his ego, deflecting attention, keeping him sweet.

Last night, he withdrew his unqualified protection. Unless we are to include the little charade before kick-off when the most exasperated 68-year-old in Doha spent a minute or two trying to shoo photographers from his technical area.

Stooping with both arms extended and palms open like a man trying to move geese, he moved them from one space only to find they spilled into another right behind him. 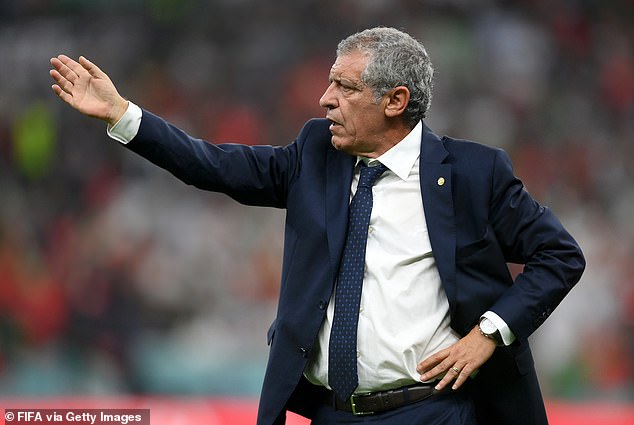 The Portugal manager had dared to drop an icon and they were here to record how the icon was taking it. How Santos must have hoped and prayed this would go well. He really could not afford those creases in his forehead to cut any deeper.

It fact, he need not have worried for this could not have gone much better. By the time he summoned Ronaldo to send him on, in the 70th minute, his team was 5-1 up and cruising.

The young man brought in to replace him had three of them and the old man with his captain’s armband scored one of the others.

Portugal were heading into the last eight with energy and pace in their football a though released to play the same game as everyone else, very much like Manchester United.

They look an entirely different proposition with Goncalo Ramos up front, although it did not stop the Doha crowd chanting for Ronaldo’s name, and the biggest roar of the night came upon his introduction. 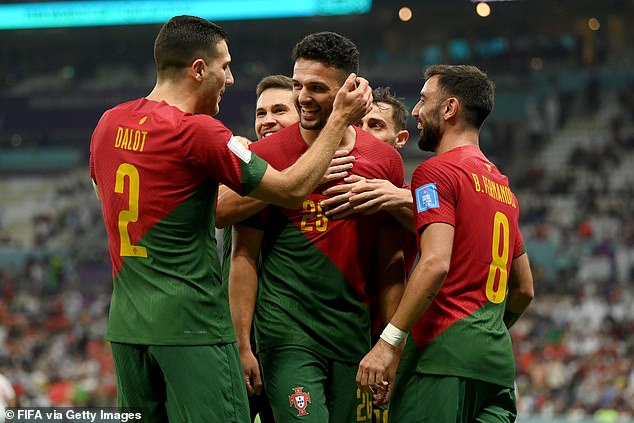 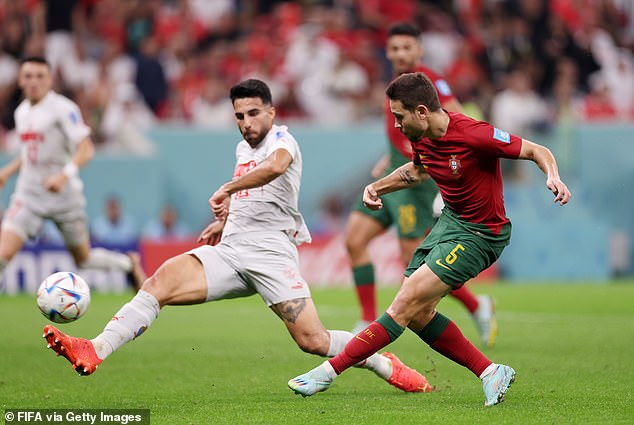 Raphael Guerreiro also got on the scoresheet as Portugal thrashed Switzerland

The second biggest came when he scored a goal that was clearly offside and, thus, ruled out. There were cheers when the camera cut to him, nonchalantly nibbling his nails on the bench in the first half or warming up in his yellow bib, in the second.

Ronaldo will remain the centre of attention. When the anthems played and those players starting the game stood shoulder to shoulder on the pitch, most lenses were pointing in the opposite direction. When the big screens picked up Ronaldo singing along, supporters inside the stadium let out a shriek of delight.

He arrived in Qatar at the centre of a storm caused by an interview criticising Erik ten Hag and Manchester United and soon confirmed his exit from Old Trafford, sparking a whirl of speculation about his future and then claimed the media attention was distracting for his teammates.

Once the football started, he became the first man to score in five World Cup tournaments, from a penalty, which was very generously awarded when he fell over, and tried to claim a goal when he didn’t touch the ball before throwing another tantrum when substituted against South Korea.

Just another couple of weeks in the life of Ronaldo, except the patience of Santos finally snapped. The Portuguese media detected something was awry on the eve of the game when he criticised Ronaldo’s reaction to his decision to replace him in the previous game. 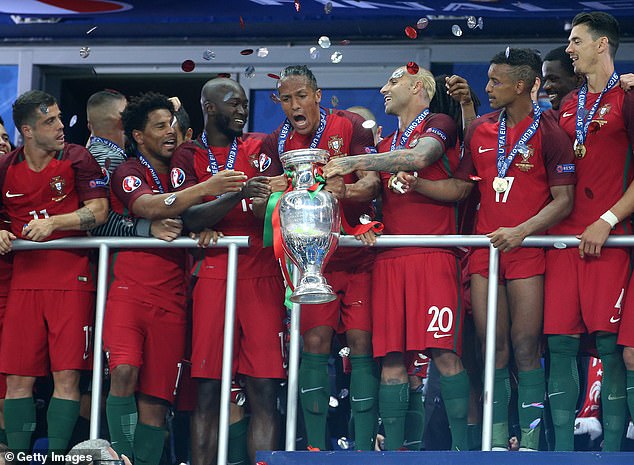 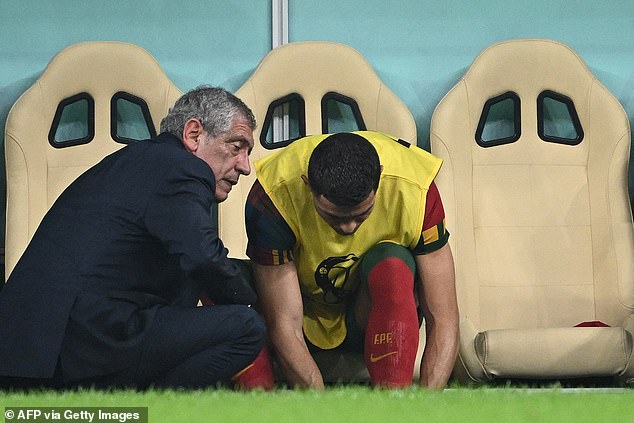 Santos has had enough of Ronaldo’s behaviour, and now looks to be trying to take the team forward without the attacker in his starting XI

At the time, the manager shrugged it off as he usually does, claiming one of the South Korea players had been swearing at him but when he had changed his tune by the time he spoke against of the Switzerland game.

Instead, he was mildly critical and this rang an alarm for those who watch him closely.

Ronaldo did not start for Portugal in a major tournament for the first time since Euro 2008. Back then, he was still a Manchester United player first time around.

That was also against Switzerland although in very different circumstances. He was among eight players rested on that occasion by Luiz Felipe Scolari for the final group game with qualification already assured.

Although, he was not on the pitch for Portugal’s greatest victory, injured and moth-bothered in the Euro 2016 final against France, he had taken an active role alongside Santos, cajoling his team, yelling instructions and directing traffic, as they won their first major trophy with Eder the hero. It couldn’t happen again, could it?