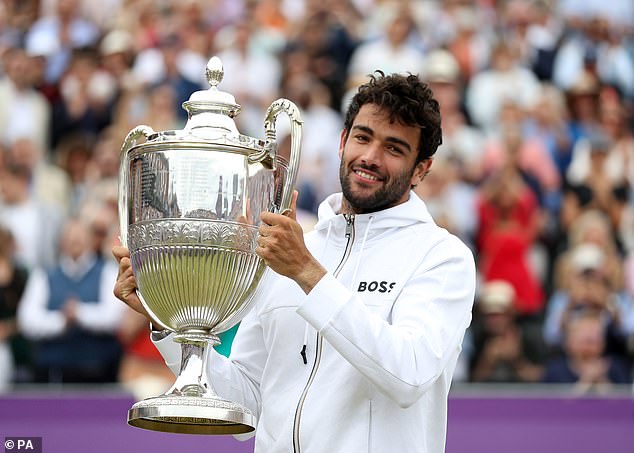 Matteo Berrettini confirmed his status as one of the top favourites for Wimbledon after successfully defending his title at Queen’s Club.

The strapping Italian won a second consecutive cinch Championships when he overcame Serbia’s Filip Krajinovic 7-5 6-3 before a full house in West London.

Having been runner-up at the All England Club twelve months ago he has given himself the perfect preparation for another tilt at SW19. 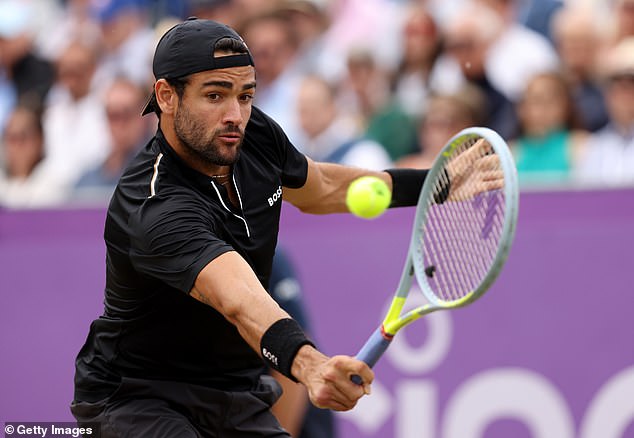 Although not always at his powerful best he still had enough to see off the world number 48, and he has now won 20 out of his last 21 grass court matches.

Exactly a week previously he won the Stuttgart Open, beating Andy Murray on the way. It will help make up for the disappointment of not being able to defend his 1200 points made at Wimbledon last year due to the ATP ban on them being awarded.

‘To be honest I have too many emotions, coming back from surgery and winning two titles in a row, defending my title here, I don’t want to cry,’ he said. 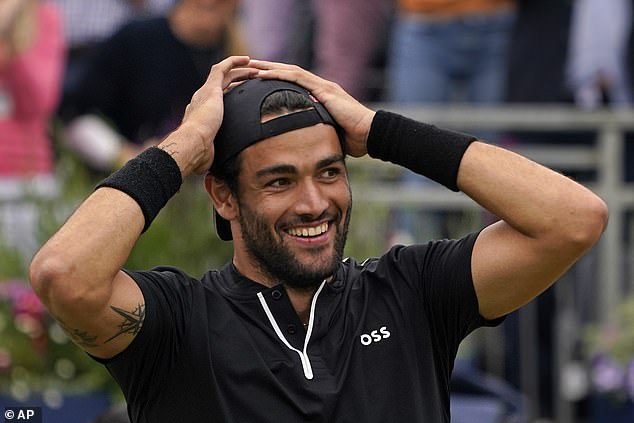 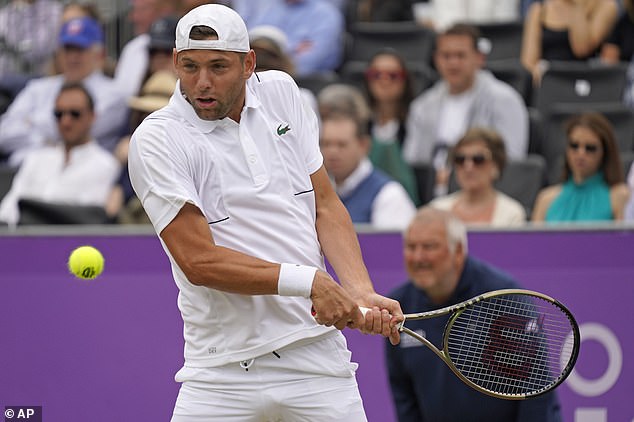 ‘I can’t believe it. I arrived in Stuttgart and wasn’t feeling great, hitting the ball the way I wanted, but it went pretty well.

‘I couldn’t ask for a better preparation, but this isn’t preparation it’s one of the most prestigious tournaments we have.’