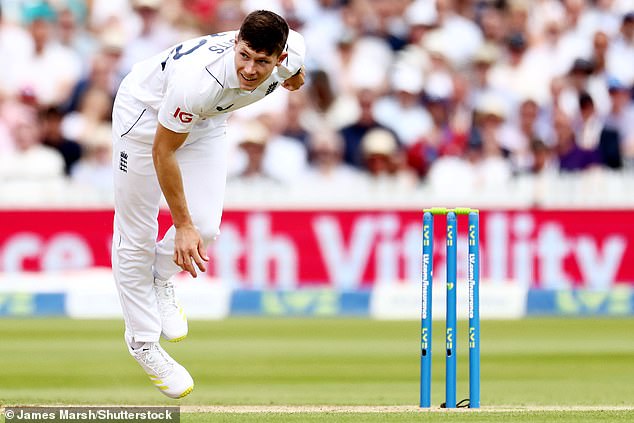 Matthew Potts’ dream England debut continued as he took two wickets to help reduce New Zealand to 38-3 after the hosts had been skittled out with an innings advantage of just nine in another chaotic session at Lord’s.

Potts again took got captain Kane Williamson before having Tom Latham caught behind to leave the visitors leading by just 29 at the lunch interval.

New Zealand had slipped to 5-1 after James Anderson found Will Young’s edge with another teasing delivery. 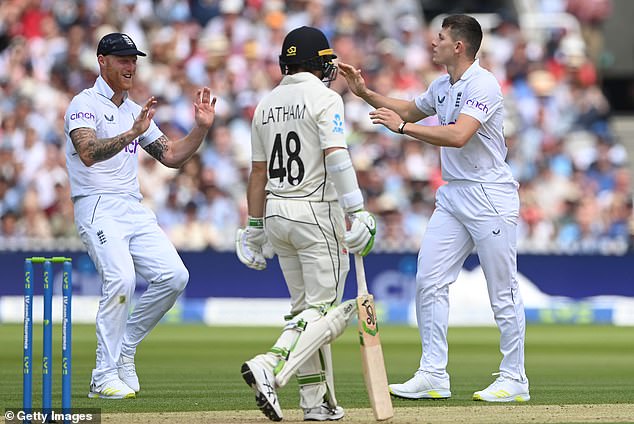 After 17 wickets tumbled on the opening day, a further six fell in the first session on Friday – raising the incredible possibility of the match finishing at the end of the second day.

Resuming on 116-7 following a trademark middle-order collapse and still trailing by 17, England limped past New Zealand’s total of 132 as they were bowled out for 141.

England made a positive start with the ball as Anderson produced a typically superb spell, snaring his fifth wicket of the match by having Young caught behind by Ben Foakes.

New Zealand gradually began fight back and were in danger of ruining a good start by England until Potts was introduced into the attack by new captain Ben Stokes. 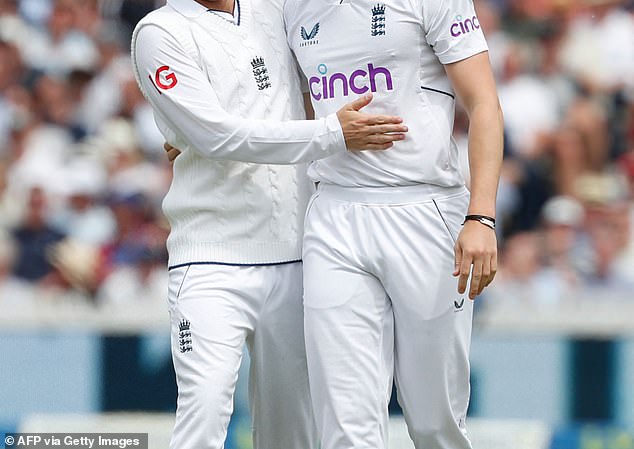 The 23-year-old quick, who ended yesterday with figures of 4-13, had Williamson’s number again as his thick edge was caught in the slips by Jonny Bairstow.

Potts, bowling a testing line and length, tempted Latham into a prod outside off-stump that made the thinnest of contacts with the ball before safely falling to Foakes, with the wicket given following an unsuccessful New Zealand review.

Leg-spinner Matt Parkinson had earlier made his long-awaited debut after becoming the first concussion substitute in England’s Test history to replace the injured Jack Leach, who fell awkwardly on his head in the first hour of play yesterday.

But it came with the bat rather than the ball, with Parkinson the last wicket to fall after scoring eight.

Parkinson could bowl for the first time in a Test match later this afternoon.