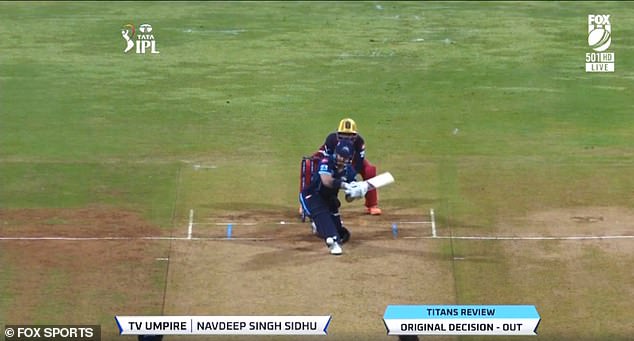 Australian batsman Matthew Wade has thrown a fit after he was dismissed by a shocking LBW decision in Thursday night’s Indian Premier League match against the Royal Challengers.

Coming in at number three for the Gujarat Titans, Wade was clipped on the pads off the bowling of Australian T20 teammate Glenn Maxwell and incorrectly given out by the umpire.

The keeper-batsman sent the call upstairs for review, with the video review clearly showing a deviation in the trajectory of the ball once it travelled past the bat.

Ultra-edge technology failed to pick up a spike, leaving the decision to common sense – yet third umpire Nitin Menon moved forward to ball tracking and let the on-field ruling stand.

‘It appeared the ball changed direction there, so I’m not sure what’s happened. The unfortunate nature of it is that he has to disappear. He’ll be frustrated and rightly so, I feel.’ 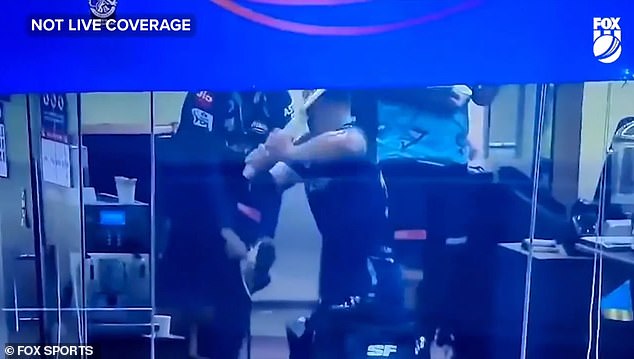 Wade, who has scored just 114 runs over eight matches this season, was furious and took his anger out in the change room.

The 34-year-old threw his helmet to the ground before swinging his bat violently and then hurling it to the floor.

It’s not the first time Wade has walked off the field with a hot head.

In 2018’s Big Bash league, the Hobart Hurricanes captain slammed his bat into a chair after being run out for a diamond duck and was fined $6000 for his poor discipline. 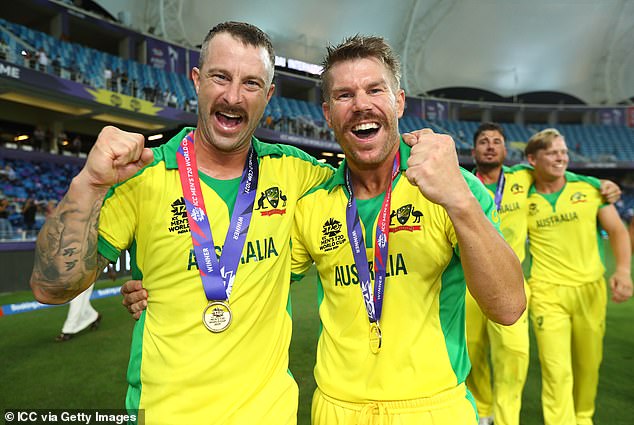 The keeper went face to face with the English power hitter, screaming into his helmet.

‘I’m not sure he needed to give Buttler a spray,’ former Test star Mark Waugh said in commentary.

Wade’s Gujarat Titans sit on top of the IPL ladder with 10 wins from 14 matches.

The T20 veteran will feature on May 23 in the first game of the playoffs.