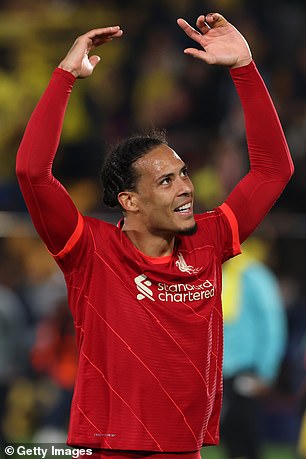 ‘I think he’s the best centre-half of ALL TIME’: Virgil van DIjk is hailed by Michael Owen after Liverpool’s Champions League win over Villarreal, with former Reds star insisting ‘he’s bigger, faster and stronger than everyone’

Michael Owen has claimed that Liverpool defender Virgil van Dijk is the best centre-back of all time.

BT Sport’s pundits were discussing the Holland star ahead of Tuesday’s Champions League clash against Villarreal, with Rio Ferdinand saying Van Dijk ‘is the best centre-back on the planet right now, easy’.

Former Liverpool striker Owen took it on by claiming: ‘Well I’d go further. I think he’s the best centre-half of all time.’

Asked what makes him better than Ferdinand and others, Owen continued: ‘He probably scored a few more goals, not much, but we’re talking about the greatest here.

‘As I’ve said, Rio was the best centre-half I ever played with. But with Van Dijk, as a centre-forward I look at him and think: what do you do against him? 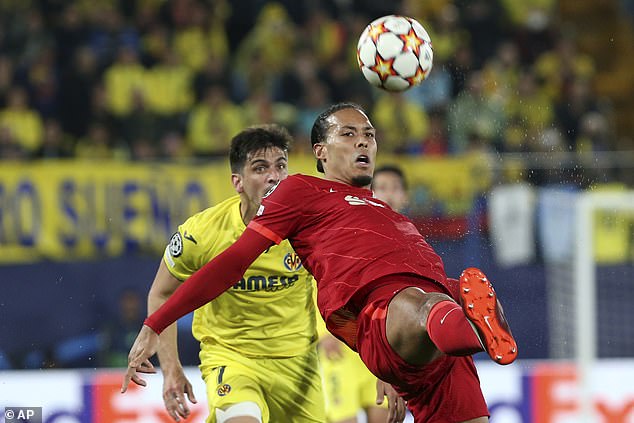 ‘The only thing that goes against Van Dijk at the moment – and I stress, at the moment – is his winners’ medals. He’s only won one Premier League and one Champions League.

‘People like Rio and [Paolo] Maldini and [Franco] Baresi and people like that who you might consider the greatest, they’ve all got numerous. So that’s the only thing that goes against him.

‘But as a one off, I look at him and think: how can you get any better than that?’

Van Dijk also won back-to-back titles with Celtic, but he still has some way to go to match contemporaries such as Sergio Ramos, Raphael Varane, Thiago Silva, Giorgio Chiellini and Vincent Kompany. 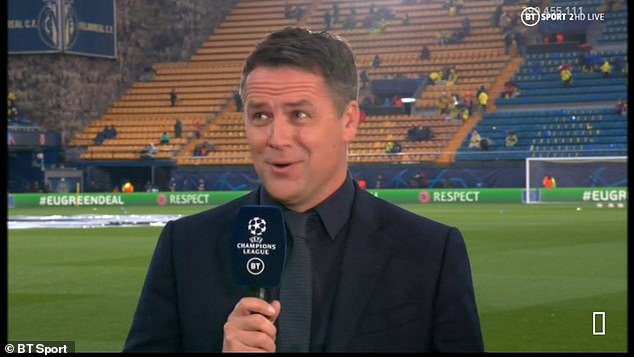