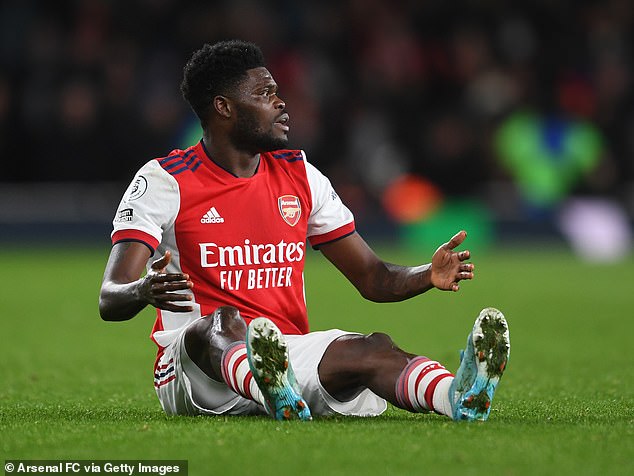 ‘The win rate goes up when Thomas Partey is in there’: Mikel Arteta fears midfielder’s injury could be critical in Arsenal’s top four battle and admits he has to make big changes without Ghanaian

Mikel Arteta has admitted that playing without Thomas Partey is a difficult challenge for his Arsenal side to cope with as they try to bring Champions League football back to the Emirates.

Partey missed Arsenal’s first three games of the season with a ankle problem as the Gunners slipped to consecutive defeats against Brentford, Chelsea and Manchester City. Upon his return to the side, Arsenal’s form dramatically improved, and they are now in pole position to finish in the top-four.

However, the midfielder has sat out the team’s last four games after suffering his latest injury setback, and Arteta has conceded that this is a concern for him as he is fully aware that Arsenal are a better side when Partey is in it. 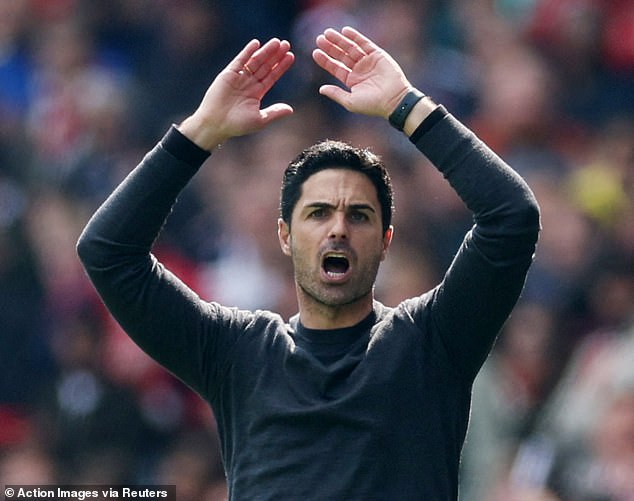 ‘The stats are there and they are unquestionable,’ he said, ahead of the north London club’s trip to West Ham on Sunday.

‘The win rate when Thomas is there is higher. It is something that is not good for us because in the last two seasons he has not been there as much as we want.’

Arteta trusts Partey to protect his side’s back four when he is available, but has revealed that he has to adapt his tactics now that the Ghanaian is sidelined.

‘We need him to play in that role on his own, with the quality he brings and the experience that he brings. And the fact he brings things that are unique that we want.

‘Then we can accommodate players in other positions that for them are more relevant and can determine games in the way that we can. 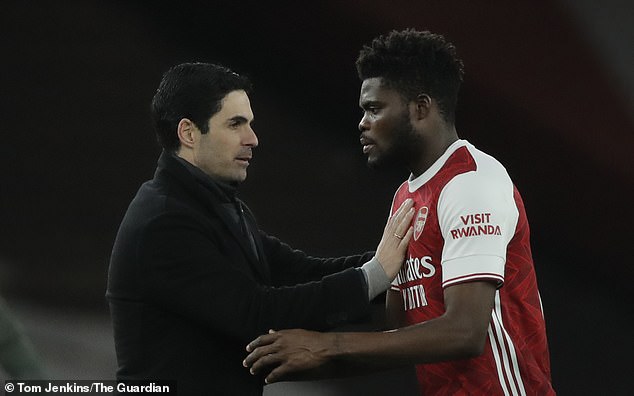 ‘Otherwise we have to consider and improve with the players we have by using them in a different way, changing formation and finding ways to compensate,’ he continued.

Partey had a stop-start debut campaign at Arsenal in 2020-21 as he often tried to work his way back from injuries quickly, only to pick up a fresh blow upon his return.

Arteta has confirmed that the 28-year-old is trying his best to play again this season, but the Arsenal boss is wary of rushing him back before he is ready to feature.

‘He has been out injured and sometimes he pushes too far in order to play and he gets injured again. He is willing to help again to play this season.

‘We don’t know if that is going to be possible, but for sure it won’t be because of lack of intention from him,’ Arteta said.