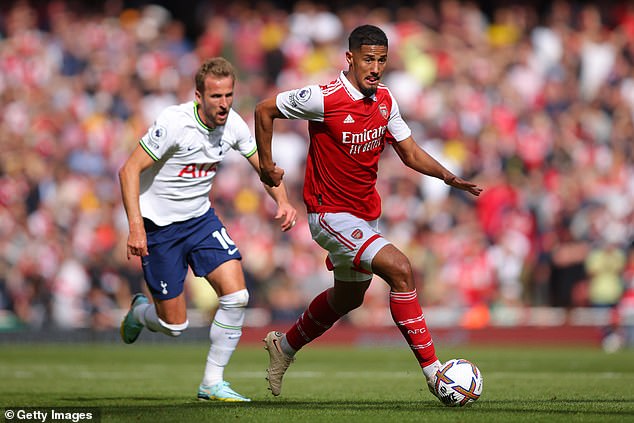 Arsenal have opened talks with defender William Saliba over a new contract.

The France defender has been pivotal in the club’s fine start to the season and the 21-year-old shone in Saturday’s 3-1 north London derby win over Tottenham.

The centre back, who joined from Saint-Etienne in 2019 for £27million but only made his competitive debut this season, has less than two years left on his current deal.

As reported by Sportsmail, Arsenal consider extending his contract as a priority and, after victory over Spurs, Saliba confirmed discussions were underway.

‘Yeah, we will see. They (Arsenal and my agent) talk a little bit’ he said.

‘He (Mikel Arteta) talked about my last season and he explained the project for this season.’ Saliba spent most of the past three years on loan back in France and Marseille are believed to have been keen to keep him beyond last season.

But the 21-year-old has started all eight of Arsenal’s Premier League matches so far this year.

He was outstanding up against Harry Kane and Son Heung-min in Saturday’s derby win, which keeps them top of the table.

‘You have to wait every time and I wait a long time for my first north London derby. I enjoyed it since the first minute to the end, and now I am so happy,’ he said. 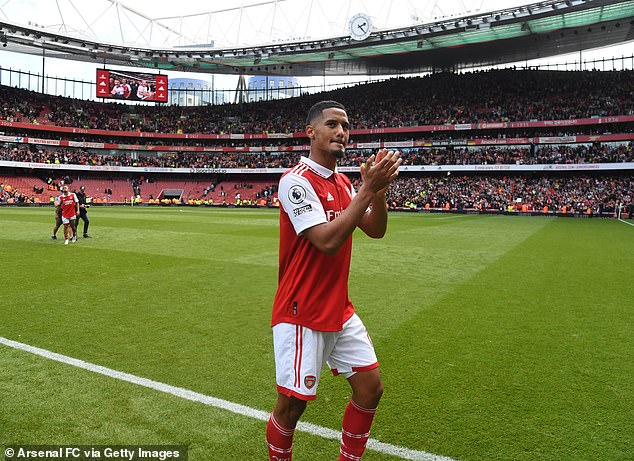 ‘We are so happy to win at home against Tottenham. It was a hard game, but we were focused all the game. We deserve this win.’

He added: ‘We play against the best players in the world. It is good for young players like me, and I learn a lot… the more we win, the more we are confident. We want every week to win, to win, to win – and that’s it.

‘It’s a derby, a big game, where all the fans and the players want to win. I like to play big games like this.’ Saliba’s form has seen Ben White shift to right back and goalkeeper Aaron Ramsdale has been impressed with the Frenchman’s impact.

‘He has fit in really well,’ Ramsdale said.

‘It is a credit to him that he has been put straight into the team, he is a bit of a Rolls-Royce with the way he moves and he has never seemed fazed.’ 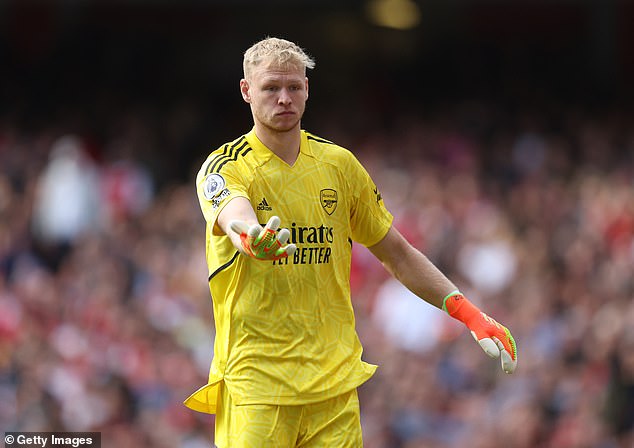