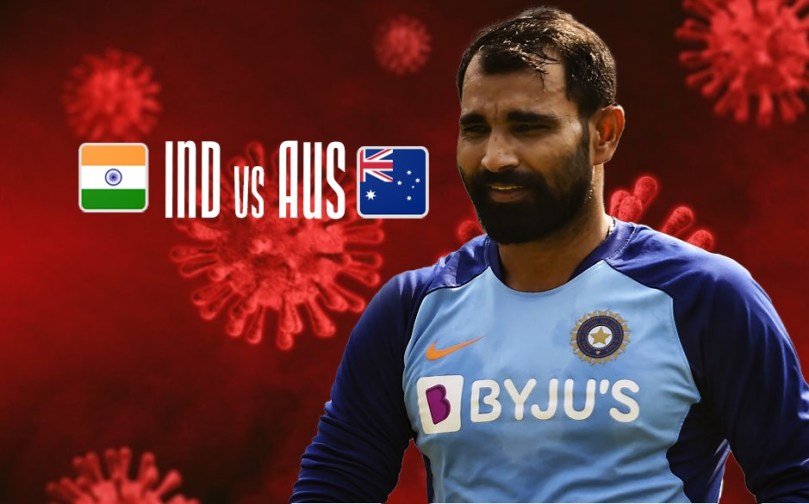 IND vs AUS LIVE: Mohammed Shami Covid: Bad luck has struck Mohammed Shami just before he was supposed to make his India comeback in T20Is. He will miss the 3-match series against Australia after testing positive for Covid-19. He was supposed to join the team in Mohali on Saturday but he has been ruled out. As per reports, Umesh Yadav is the likely replacement. However, considering he last featured in India’s T20 plans back in 2019, it will be a selection shocker. India’s series against Australia will begin on September 20 in Mohali. Follow India vs Australia LIVE Updates on InsideSport.IN.

As India’s short series against Australia ends on September 25, there is not enough time for him to recover and join the squad. Hence, he will miss the series completely. However, he is expected to return for the T20 series against South Africa starting September 28. But it will have to depend on his recovery. Similarly, Umesh Yadav cut his county stint short with a quad muscle injury and is currently at the NCA. But he has supposedly declared fit to play.

“Umesh is fit now. He has been asked to join the Indian team in Mohali. The selectors want experienced bowlers in the ranks after the Asia Cup debacle,” TOI quoted a source.

For the time being, he will be in a 7-day isolation at his home. Once he returns two negative Covid-19 tests, he will have to pass a mandatory cardiovascular test in order to be eligible for selection again. After a 10-month absence, Shami was named in the T20 World Cup squad as a standby. The 6 T20Is against Australia and South Africa were crucial for him to get the rhythm back.

Meanwhile, Team India will have their all four standby players travelling to Australia for the T20 World Cup. That means Mohammed Shami, Deepak Chahar, Ravi Bishnoi and Shreyas Iyer will all be available for team management during the warm-up games. While it is not a norm for teams to take standby players, BCCI has decided to keep them ready in case of any injury at any point in time. The Rohit Sharma-led team will leave for Australia on October 6.But with Mohammed Shami testing positive, his comeback trail will be cut short to just 3 games. Shami will have to make most of the three matches if he recovers on time. Else, he can say goodbye to his T20 WC aspirations. Shami hasn’t played any T20 matches since IPL 2022.

Umesh Yadav Shami replacement? – If reports are to be believed, Umesh Yadav will make a surprising return to India’s T20 fold after a gap of three years. Umesh has never broadly featured in India’s T20 plans and has been a Test only bowler for India. But if Shami is to be ruled out of T20 World Cup, India will need an experienced pacer with an understanding of Australian conditions.

Hence, the team wants to try out Umesh in Australia series before taking a call on Shami. However, it won’t be a bad choice considering Umesh had a stellar season with Kolkata Knight Riders. In 12 matches, he picked up 16 wickets with an economy rate of 7.06.

While India have Mohammed Siraj, Shardul Thakur, Prasidh Krishna and Avesh Khan available, they have had their limitations. However, with just 6 matches left for T20 World Cup, it would be a shocking decision to take Umesh to Australia.