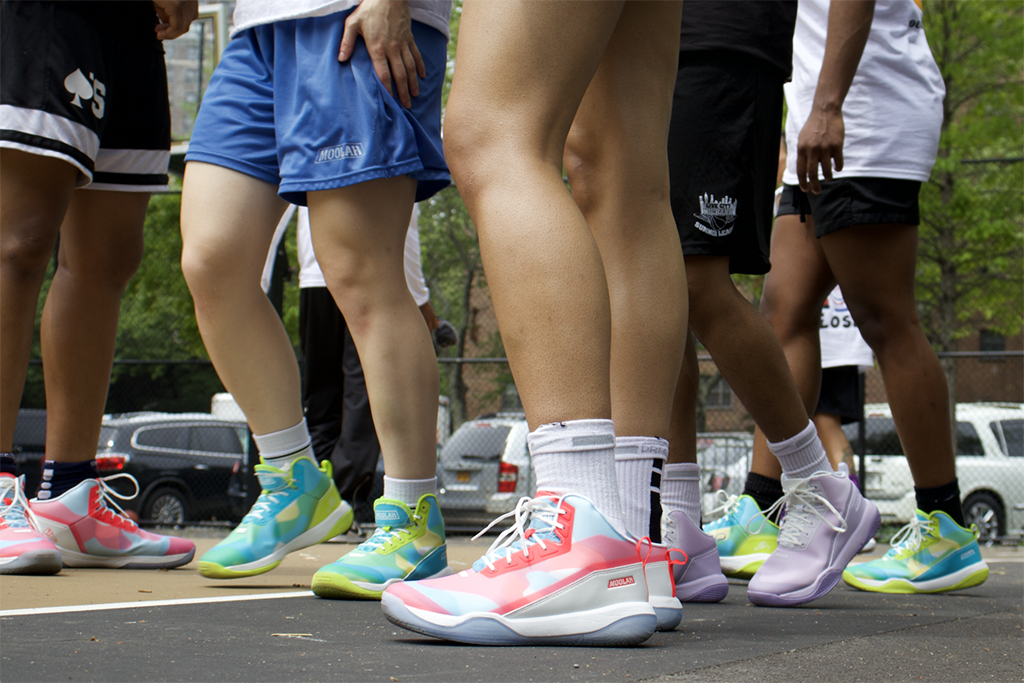 Moolah Kicks — a by female baller, for female baller brand — has delivered a limited-edition range of its court-ready Phantom 1 shoe that “celebrates the synergy between art and basketball.”

Available now via Dickssportinggoods.com is the “Paint Shop Pack,” a four-shoe range featuring both subdued and bold hues. The colorways in the lineup include “Pink/Blue Resin,” “Green/Blue Resin,” “Purple” and “Gray.” Describing the pack, Moolah Kicks said the sneakers are “vehicles for self-expression, individuality and purpose,” and are “a tool to express authenticity and performance at the highest level.”

From a performance standpoint, the Moolah Kicks Phantom 1 is built with the biomechanical fit of the female foot in mind, with a focus on decreasing the risk of knee, ankle or leg injuries when playing basketball. It features perforated hex mesh in the tongue and synthetic mesh on the uppers for air flow, internal heel counters for support, lifted arches, slim forefoot width, EVA midsoles for energy return and multidirectional tread on the outsoles for grip.

The looks in the Moolah Kicks Phantom 1 “Paint Shop Pack” retail for $110.