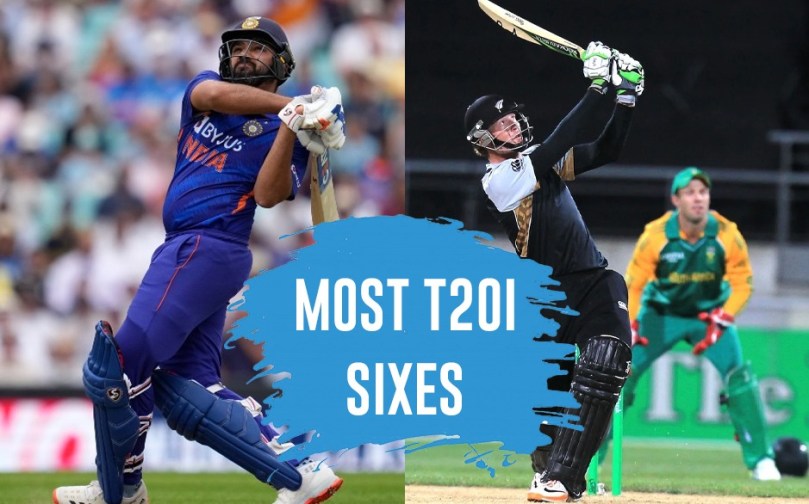 Most T20I Sixes: IND vs AUS LIVE: Rohit Sharma on Friday eclipsed the record of Martin Guptill for most T20I sixes. India…

Most T20I Sixes: IND vs AUS LIVE: Rohit Sharma on Friday eclipsed the record of Martin Guptill for most T20I sixes. India captain Rohit went past Guptill’s mark during the second T20 of the three-match series against Australia in Nagpur at the VCA Stadium. Follow InsideSport.IN for LIVE updates about India vs Australia 2nd T20

Chasing 91 runs in an 8-over match, Rohit Sharma upped the ante after he got beaten by Josh Hazlewood on the second ball of the first over. The India skipper then smoked back-to-back sixes off Josh to go past Guptill for most T20I sixes.

The @ImRo45 SIX Special edition is on display! 👏 👏

Don’t miss the LIVE coverage of the #INDvAUS match on @StarSportsIndia pic.twitter.com/OjgYFYnQZs

For the record, Rohit got the front leg out of way and smashed the ball high into the night sky of Nagpur. Then on the next ball, Rohit drilled the maximum over square leg via his famous pull shot.

Rohit didn’t stop there as he smashed two sixes in the next two overs of Australian bowlers. First, the Mumbaikar took Pat Cummins to cleaners over square leg then he smacked spinner Adam Zampa for a six in the third over.

Before coming into the field today, Indian captain Rohit Sharma was on par with the Kiwi batter for the most sixes (172) in the history of T20I cricket. But now Rohit Sharma is the outright leader of this list with 176 sixes against his name.

Rohit Sharma will now have a chance to increase the lead in the next match of the T20 series vs Australia. The third T20I match of the series will be played at the Rajiv Gandhi International Stadium, Hyderabad on Sunday.

Rohit Sharma starred with the bat as India equaled the three-match series 1-1 on Friday. Men in Blue captain smashed an unbeaten 46 off 20 to anchor India to a 6-wicket victory.

Chasing 91 runs in 8-over, Rohit kept the chase at the perfect tempo. Set the tone by hitting Hazlewood for back-to-back sixes in the opening over, and held one end tight when Zampa brought visitors back in the game with three wickets. And then absorbed the pressure in the closing overs for some well-timed boundaries.