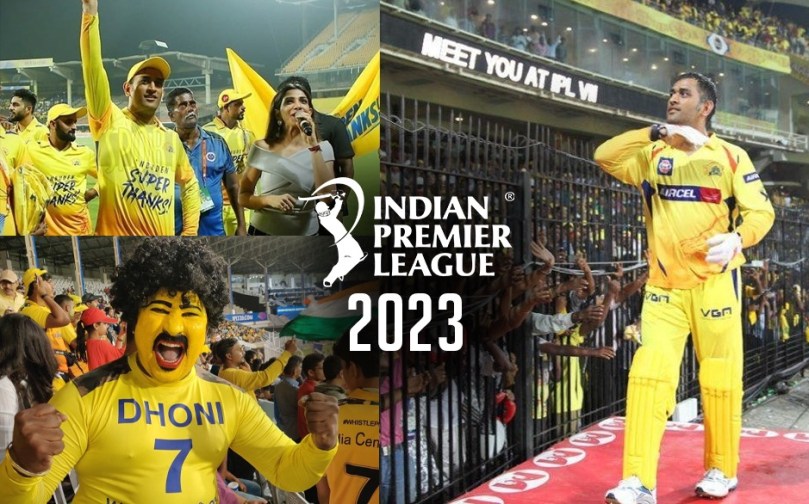 IPL 2023: Chennai Super Kings (CSK) and MS Dhoni fans went into a frenzy on Thursday. The CSK supporters were excited after…

IPL 2023: Chennai Super Kings (CSK) and MS Dhoni fans went into a frenzy on Thursday. The CSK supporters were excited after the Board of Control for Cricket in India (BCCI) president Sourav Ganguly announced that the Indian Premier League 2023 (IPL 2023) will be played in the old home and away format.  Due to COVID regulations, the IPL was only played in limited locations since 2020. This made it impossible for ardent CSK supporters to catch their “Thala” MS Dhoni in action. However, now there’s a chance that Dhoni will play again at Chepauk in IPL 2023. Notably, there are very high chances that the IPL 2023 will be the swansong of Dhoni’s storied career. Follow InsideSport.IN for LIVE updates about IPL 2023 and CSK

BCCI president Sourav Ganguly, in a letter written to all state associations, has stated that IPL 2023 will be played in home and away format. When this news first surfaced, CSK supporters flooded Twitter with the hashtag #IPL2023.

#IPL2023 to be conducted in home & away format! 💛🥳 #DenComing pic.twitter.com/HxXMlDqxoL

CSK + Chepauk + Dhoni will be back in IPL 2023. pic.twitter.com/aoeiQJMGVK

Dhoni was last spotted in the United States as he went to watch the recently concluded US Open. He was then seen cutting a wonderful cake after the cricketer was introduced as an honorary member of the Metuchen Golf and Country Club (MGCC) located in the United States of America. Therefore to celebrate this special moment, the former India skipper was seen cutting a special cake prepared exclusively for him by the Atul Bakery USA.

While the news has often surfaced that MS Dhoni might hang up his boots from IPL. However, as confirmed by InsideSport.IN earlier, the CSK legend and skipper will continue to lead the Men in Yellow in the upcoming, IPL 2023 campaign.

Chennai have won the titles four times in the past under Dhoni, and the last one being IPL 2021.

Prior to the start of the IPL 2022 campaign, the Chennai Super Kings (CSK) management decided to make Ravindra Jadeja the captain of the squad. However, CSK underwent a tumultuous season where they failed to perform well. After a couple of games, Jadeja decided to hand back the captaincy to MS Dhoni.