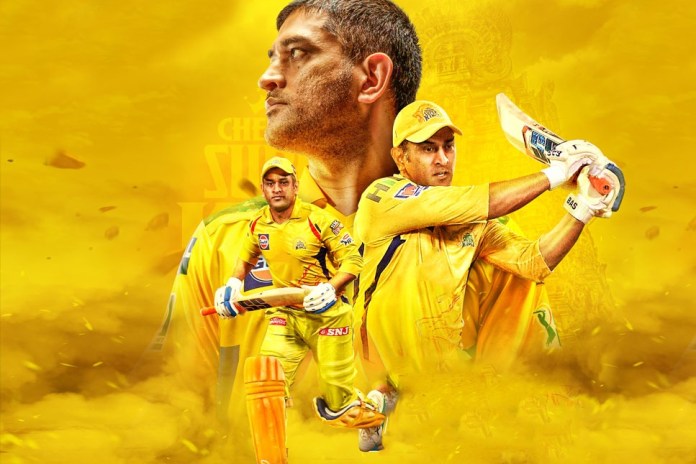 IPL 2022 – Dhoni CSK Captain in IPL 2023: Big News First. MS Dhoni has confirmed he will continue to play for Chennai Super Kings in IPL 2023. Dhoni made it clear in the interview to Star Sports after the toss against Rajasthan Royals, ‘Definately, I will play next year’. Meanwhile it is also being speculated that Dhoni will not only play but will also lead the team next year. Follow IPL 2022 LIVE Updates with InsideSport.IN

Immediately after Super Kings won the 2021 IPL, N Srinivasan, the Super Kings’ owner, said that Dhoni would always be “part and parcel” of CSK. “There is no CSK without Dhoni and there is no Dhoni without CSK,” Srinivasan had said. All that will stay true in IPL 2023 as well. According to a report Dhoni will continue to lead CSK next season: Follow IPL 2022 LIVE Updates with InsideSport.IN

According to a report by ESPNcricinfo – Dhoni has told the team management that he will be available for the IPL 2023.

IPL 2022 – CSK Jadeja Relationship Ends? Ravindra Jadeja and Chennai Super Kings have already unfollowed each other on Social Media. Now from the Virtual Media it seems both parties are likely to UNFOLLOW each other in the REAL-WORLD. The sources close to Jadeja has informed InsideSport that the leading Indian all-rounder is ‘upset and very hurt’ with the CSK management. Follow IPL 2022 LIVE Updates with InsideSport.IN

“Yes he (Ravindra Jadeja) is upset & very hurt. The captaincy issue could have been handled better. Everything was too sudden, too abrupt. Any human being would get hurt by the way things shaped up”, said a source close to Ravindra Jadeja.

InsideSport tried reaching out to CSK CEO for a comment on the statement made by the source close to Jadeja, but we not get any reply.

IPL 2022: Ravindra Jadeja ‘Upset and very hurt with the CSK management’, Is it beginning of end of CSK Jadeja relationship?

CSK Jadeja Relationship Ends? When asked if injury was the reason for Jadeja to pull out of IPL 2022. The source refused to make a direct comment.

“I don’t want to say much on this. Yes he had a injury but how serious I am not aware” added the source.

It is worth noting that CSK informed the media that Jadeja had pulled out due to a bruised rib. CSK CEO Kasi Viswanathan himself came on record to state that ‘as CSK is already ousted from IPL Playoff race, team did not want to risk his injury further’.

“Jadeja has become unavailable for the entire season. Can’t understand this

“On the ground, it didn’t seem like a big injury. So you can say that something or the other is happening,” Sanjay Manjrekar was quoted by ESPN Cricinfo.

What must have made Ravindra Jadeja upset with CSK?

Reason 1: Jadeja was CSK’s No. 1 retention ahead of the auctions. According to MS Dhoni, it was told to him last year itself that he would be the captain of the franchise this season.

Reason 2: Was Jadeja the REAL-BOSS on the field? Jadeja captained for 8 games. One could clearly make out most of the important decisions were taken by Dhoni himelf while Jadeja kept fielding in the deep.

But discredit for all the defeats were passed on Jadeja’s head.

Reason 3: Sudden decision to take back the Captaincy: All of a sudden on the eve of match against Sunrisers Hyderabad, Jadeja ‘relinquished the role of captain’.

In media it was informed that ‘Jadeja has left captaincy to focus on his personal batting and bowling’.

But the truth was something else.

InsideSport had reported at that point of time that CSK’s promoters and management were very unhappy with Jadeja’s show and decided to show him the door.

“He (Ravindra Jadeja) looked lethargic, subdued & unimaginative. He was not his usual confident self while leading the team”, InsideSport was informed by a source in the CSK Camp.

It’s clear that despite CSK CEO Kasi Viswanathan claims on Jadeja’s IPL 2022 pullout, ‘that there’s nothing more to it than his injury’ – their is something more to it.

It is hard to spell out with clarity at this stage that whether Jadeja will return to CSK next year or not? Whether he will go back to auction or will he continue to play in yellow?

But what is clear is that ‘he is upset & very hurt’ by the treatment meted out to him.

CSK’s top bosses and MS Dhoni himself is known for their man-management skills. They may woo Jadeja back in the team for IPL 2023.