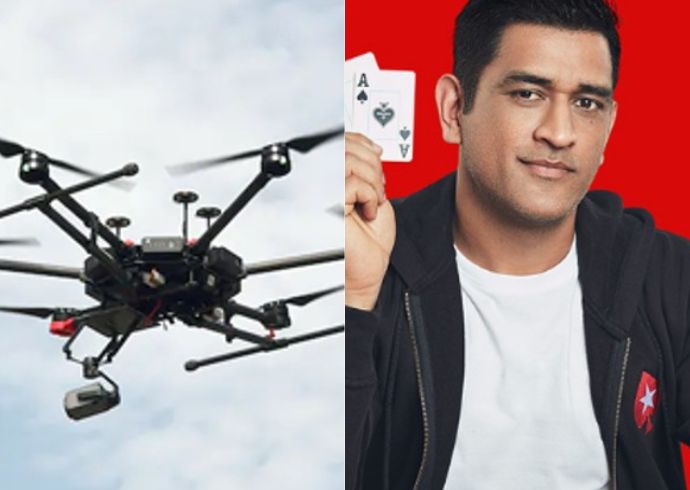 The company provides low-cost drone-based solutions and Dhoni will also be the face and brand ambassador of the company.

The investment is part of a bridge round before a large fund raise exercise by the company.

Garuda has also forayed into the defence sector by bagging a significant order for
33 anti-drone systems for the ministry of defence.

It was a pleasure to hear about the Prime Minister’s vision for Drone Technology in India.@PMOIndia @JM_Scindia pic.twitter.com/CkawuNa5Uf

MS Dhoni Investments: Check the list of Business Venutes Dhoni have invested in?

Former Indian captain is one of the richest cricketers around the world. It is worth noting that large chunk of this wealth comes from his business ventures other than cricket.

Organic Farming Business: After retirement from cricket last year, Dhoni has been spending his time at his farmhouse in Ranchi and has taken a keen interest in farming vegetables and fruits. Dhoni reportedly sold organic produce of his farms to a company in Dubai.

Sportswear & Footwear Brand Seven: The former cricket is majority stakeholder in sporting wear brand, Seven. Apart from being the brand ambassador for the company, Dhoni is also a partner in the footwear business of the brand.

Gym Business: SportsFit World –Known for his love for fitness, Dhoni converted his passion into a business and owns a chain of over 200 gyms across the country under the name of his company, SportsFit World Pvt. Ltd.

Mahi Residency – Hotel: This is probably one of the least famous business investments of MS Dhoni so far because very few people know that he also owns a hotel under the name of Hotel Mahi Residency. Notably, MS Dhoni-owned hotel does not have any other franchise. It is located in Ranchi, Jharkhand

7InkBrews: Dhoni is also a shareholder in a Food and Beverages start-up, 7InkBrews. The company launched its new range of products, artisanal chocolates, and beverages earlier under the brand name of Copter7 – inspired by the iconic helicopter shot of Dhoni and his jersey number.

Khatabook: MS Dhoni in 2021 invested in the Bangalore-based startup Khatabook and also became the brand ambassador of the app. The startup has reportedly raised over 29 million USD so far and Mahi has also invested his money in the company.

Khatabook helps small businesses across India to manage their own accounts and ledgers digitally. The app also gives reminders to its users via WhatsApp and SMS for collecting money and making due payments.