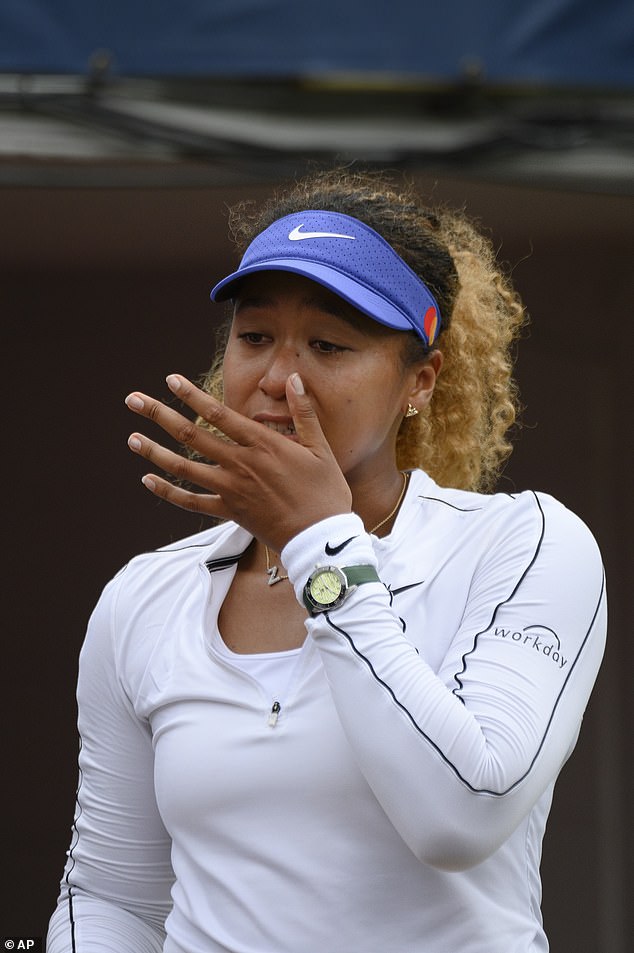 Tennis superstar Naomi Osaka has had another emotional exit from a tournament as she retired from her first-round match at the Canadian Open due to a back injury, raising concerns about her form heading towards the US Open.

The four-time Grand Slam champion was playing Estonia’s Kaia Kanepi and was trailing 7-6, 3-0 before she pulled the plug and was reduced to tears before leaving the court.

‘I felt my back from the start of the match, and despite trying to push through it, I just wasn’t able to today,’ Osaka said after the match.

‘I’d like to pay credit to Kaia for playing well and want to wish her all the best for the rest of the tournament.’

The former world No. 1 was visibly emotional after retiring from her match against Kaia Kanepi at the Canadian Open in Toronto while losing 3-0 in the second set after dropping the first 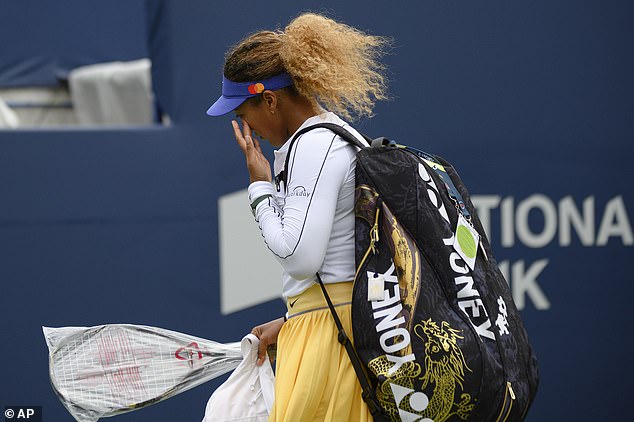 Afterwards Osaka commented on Twitter: ‘Today is just really not a good day…’

Tennis fans took to social media to voice their concern after witnessing her teary display and offer her their best wishes.

‘This Naomi Osaka decline is sad to watch,’ commented one Twitter user.

Another was more supportive, posting: ‘Keep your head up, Tomorrow will be better.’ 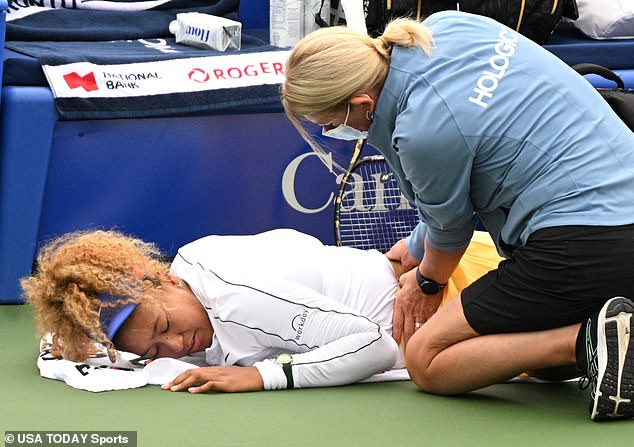 The early exit is more bad luck for the 24-year-old, who has struggled to find her form in recent months.

Despite making the final of the Miami Open earlier this year, she has only competed in four tournaments in 2022 – with just two wins for the Japanese national.

This Naomi Osaka decline is sad to watch

Keep your head up. Tomorrow will be better. 💕

Osaka has recently split from longtime coach Wim Fissette and suffered with an Achilles injury.  She has also been very open with her struggles with depression and anxiety in recent years.

In 2021, Osaka withdrew from the French Open after refusing to speak to media ‘to protect her mental health’.

After a short break from the sport she broke down in tears at Indian Wells earlier this year when a heckler yelled ‘Naomi, you suck!’

The former world No 1 has shown some encouraging signs of late, recently posting on Twitter: ‘When I was playing I realised I’ve been letting people call me mentally weak for so long that I’ve forgot who I was. I lost today but I feel really confident in who I am. I feel like the pressure doesn’t beat me. I am the pressure. I’m really happy with that.’ 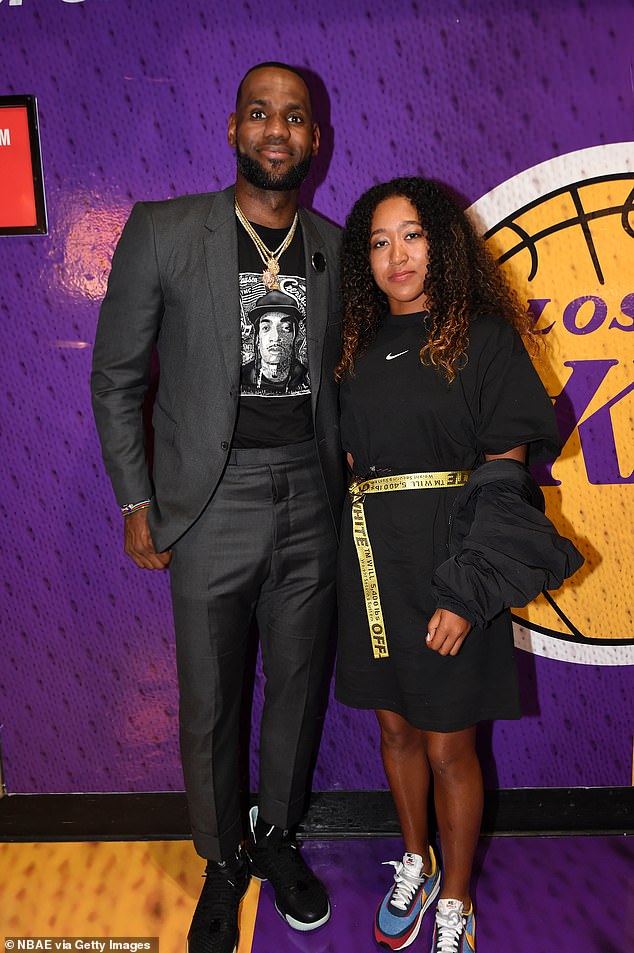 The US Open is scheduled to start on August 29, and Osaka’s involvement is uncertain in light of her recent injury troubles.