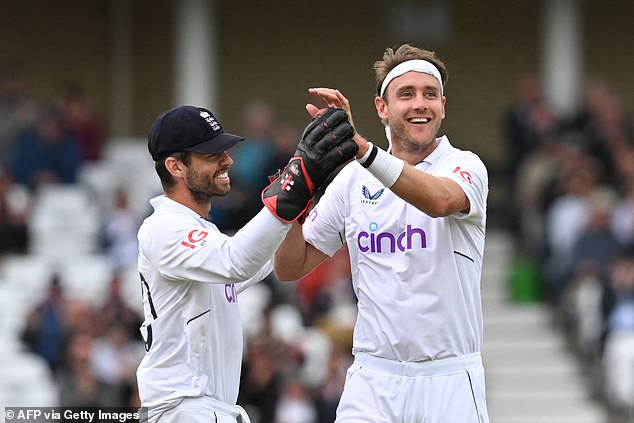 NASSER HUSSAIN: England deserve full credit for showing bite to back up Ben Stokes’ bark… all the way down the order they looked to be attacking as they gave themselves a chance of a famous win

When a captain puts a team in and then sees them make 553 it can really dent his confidence and make him go out in the field thinking his side have a huge task on their hands.

So for England to all but chase that down on Monday, with smart rather than reckless intent, and then put real pressure on New Zealand with the ball was a fantastic effort.

All the way down the order England looked to be attacking, carrying that on on Monday, and it is a very good sign they have backed up words about positive intentions with actions.

It has helped that conditions here, with pace in the pitch throughout and a quick outfield, have suited that style and there will remain times when the ball is nibbling around that they will have to temper that approach.

Cricket can knock you and make you negative — as it has done for England over the last couple of years — but what Ben Stokes and Brendon McCullum have already done is remind these England players that representing your country should and can be fun. They even enjoyed chasing 550-plus!

Then after England nearly reached first-innings parity Stokes handled his bowlers well and gave England a real chance of pulling off something special on Tuesday. 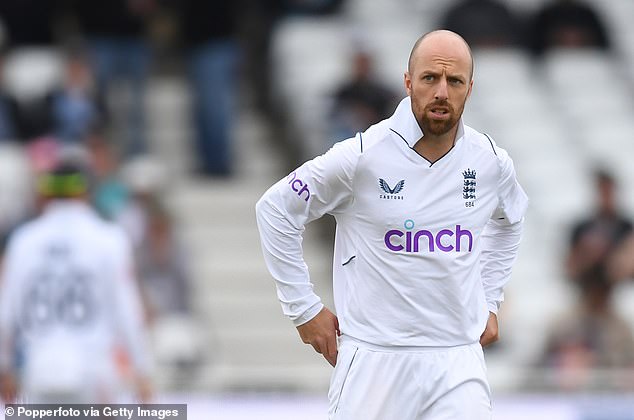 Take Jack Leach. He was going at five an over before he got the wicket of Devon Conway and other captains would have whipped him out of the attack before then.

The new captain kept him on, kept attacking and had a fielder in Jonny Bairstow in the perfect place for that catch. The captain has shown faith in his spinner throughout.

Other than that it was a difficult day for Leach. He has grown up on a turning Taunton pitch that did so much of the work for him and he could just drive the ball in time after time. He needs more than that on wickets like this and it has been noticeable so far that Michael Bracewell, on debut, has varied his pace more and got a lot more dip and drift than Leach. That is why England’s spinners have to learn their craft on true surfaces.

Stokes was equally aggressive when Bracewell went after England with the bat. He kept attacking fields for Matt Potts and was rewarded when the debutant holed out. It has been positive leadership all the way with bat, ball and in the field. 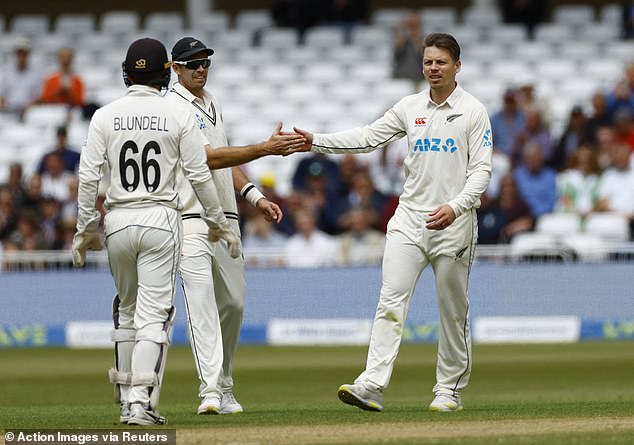 Tuesday will be the first true test of the Stokes-McCullum philosophy. They have said they want to always try to win games and they have given themselves an opportunity to win this one against all odds.

That flurry of five wickets in the final session has given England a real chance of facing a target below the five an over they would fancy chasing on the final day.

This second Test could yet just fizzle out into a draw but it could be an epic day because England look sure to bowl New Zealand out now. Tom Latham and his side have wasted the opportunity to set England a really testing target. unless Daryl Mitchell can inspire another twist to the tale. 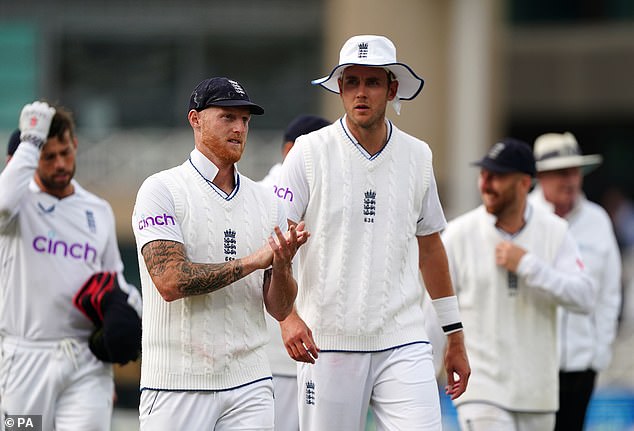 At Lord’s last year New Zealand set England 273 to win in 75 overs and they refused to go for it even though there were not even any World Test Championship points at stake.

Under this regime and after the way England have played over the last four days I cannot see them making the same mistake and turning down a similar chase.

It is great Nottinghamshire have offered free admission to everybody on Tuesday, something our game should do more of to promote Test cricket. Those who take advantage of that could be in for a real treat.