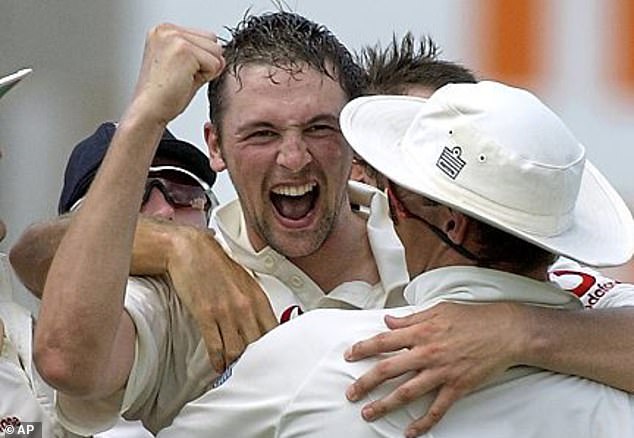 England’s tour of the Caribbean 18 years ago was memorable for lots of reasons. But there was a moment early on in the trip which still stands out for me — because it said a lot about the fact Michael Vaughan was taking the Test team into a new era.

I’d given up the captaincy the previous summer, and Vaughan asked me whether I’d be happy to go under the helmet at short leg, which is usually where they stick the junior pro, not the gnarled ex-skipper who’s nearing retirement. I couldn’t really say no.

We also agreed that we’d try to save the fast bowlers’ legs in the two warm-up games in Kingston, Jamaica, which meant other people running around in the outfield while the big quicks rested on the boundary. Good plan — except I forgot about it.

So the ball went past me at short leg, and I waved in the general direction of deep square leg, where poor old Steve Harmison looked a bit startled.

Back in the dressing room, Vaughan brought up the incident with me. I could sense everything go quiet. Here was the bloke who had spent the past few years dishing out the rollickings suddenly getting a rollicking himself.

Vaughan made his point and I accepted it. It was his ship now, and he was going to steer it his way. That tour was all about turning England from a team who had become harder to beat under my captaincy into a team who knew how to win — and went on to claim back the Ashes 18 months later.

And it’s still the only time since 1967-68 that England have come away from the Caribbean with a Test series victory. 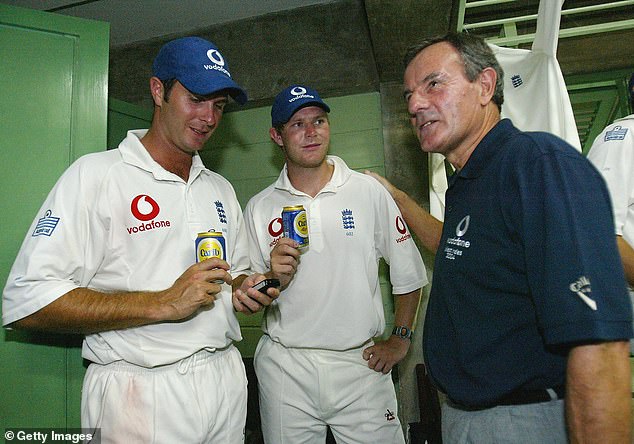 It was a curious hybrid of a team, really, because the engine room of the batting was three veterans in myself, Mark Butcher and Graham Thorpe. None of us would still be around for that victory over Australia in 2005, but we could all play fast bowling, and we all had decent tours.

But the real story was the attack: Harmison, Matthew Hoggard, Andrew Flintoff, Simon Jones, plus Ashley Giles and his highly under-rated left-arm spin.

It was the start of a journey that would culminate in that unforgettable Ashes win, and I’ve never played with a better England attack. Don’t forget, Jimmy Anderson couldn’t get in the side — that’s how good they were.

Mind you, no one was prepared for what happened in the first Test in Jamaica. We had a narrow lead on first innings, and early on the fourth morning, West Indies reached 13 without loss on a very flat surface, at which point Harmison embarked on his famous spell of seven for 12.

Remember, I’d grown up watching West Indies dish out their 5-0 ‘blackwashes’ to England, and had been on the losing side on both my previous tours of the Caribbean.

Now, I was at short leg with the best view in the house as Harmison made the likes of Chris Gayle, Brian Lara and Shiv Chanderpaul jump about all over the place. They were all out for 47. In no time at all, we were 1-0 up. 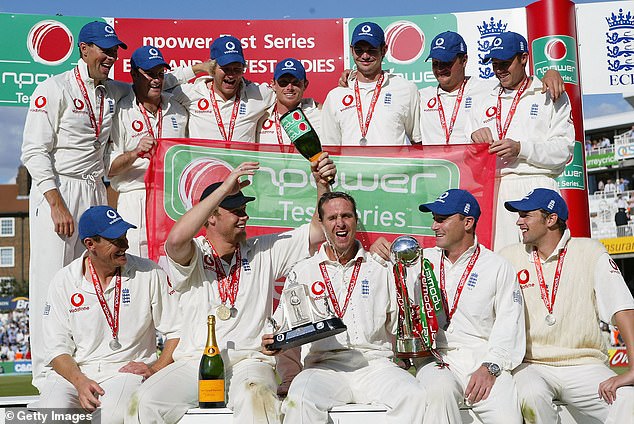 What followed was proof that we had an attack in which everyone could play their part. Harmison took six-for in the next game at Trinidad, and when he began to tire on a flat surface in the second innings, Simon Jones took the pitch out of the equation with his reverse swing.

Then, at Barbados, Flintoff stepped up with five wickets, before Hoggy — who always found whatever swing was available — picked up a hat-trick in the second innings. We were 3-0 up before we knew it. And the bowlers were dovetailing beautifully.

The final game was in Antigua, on the deadest featherbed. Unfortunately for us, Lara had that look in his eye. I’d been in the field when he made 375 at the same venue ten years earlier, and now he was in the mood again.

We’d always got on, and he told me that the bowling he’d faced from England was some of the toughest he’d ever had to deal with. Now he intended to make us pay: 400 not out, thank you very much. He was a genius when he wanted to be.

From a personal point of view, I loved being in the ranks. I was batting pretty well, and really enjoyed being out there with Butch, who would effortlessly duck under the barrage of bouncers from Tino Best and Fidel Edwards. 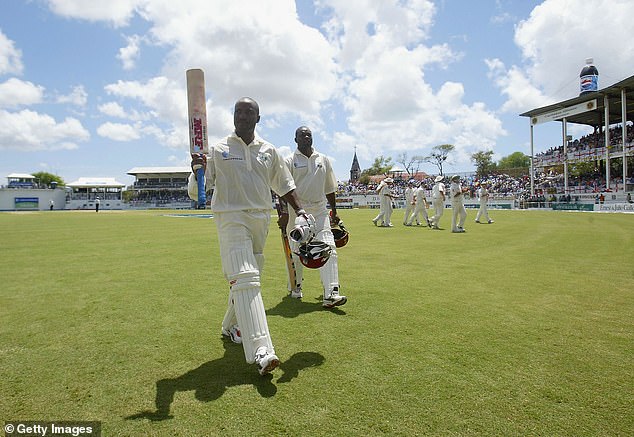 I’d been used to batting against the likes of Courtney Walsh and Curtly Ambrose, who would never say a word to you. They’d just glare, which was intimidating enough, to be honest.

But Best was absolutely full of it — more like an Australian fast bowler in his attitude to sledging. And he was a real handful. Having Butch there to calm things down certainly helped.

There was another big moment later on that tour, after the Test series was over. Andrew Strauss was just starting out, and made runs in the one-dayers. I was back home by that point, but coach Duncan Fletcher phoned me and said, ‘Nas, we’ve found one here.

‘This guy will captain England one day.’ I thought, yeah, right: Duncan’s found another one, has he? But, as usual, he was spot on.

So a tour that began quietly enough with West Indies topping 300 in Jamaica ended with the new captain growing in stature, an attack that looked like they could run through anyone, and a future Ashes-winning captain learning the ropes.

People may say West Indies were on the downward slope by then, but that takes nothing away from the cricket we played and the fun we had. As for me, I knew my time was fast approaching.

After victory over New Zealand at Lord’s that summer, when Strauss would have scored two centuries on Test debut if I hadn’t run him out, I called it a day.

But that win in the West Indies was a great way to start my final year as a Test cricketer. And it was the beginning of a heady period for English cricket.