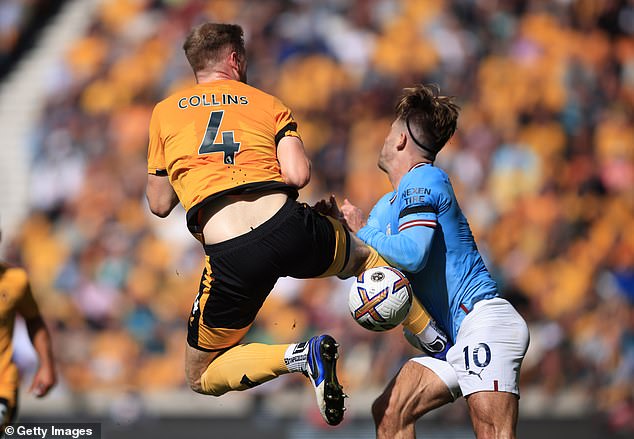 What is he thinking? Nathan Collins is shown a straight red card for a SHOCKING high tackle on Jack Grealish that saw the defender strike the Man City star in the stomach with a reckless kung-fu kick in a nightmare first half for Wolves

Nathan Collins was shown a straight red card for one of the worst tackles of the season as his kung-fu kick on Jack Grealish saw Wolves reduced to ten men.

As both players went for the ball on the far left of the touchline, Collins launched into the England star with a full on kick to the midriff, leaving Grealish a heap on the pitch.

Collins pleaded his innocence, but the summer signing left referee Anthony Taylor no choice but to give the defender his marching orders. 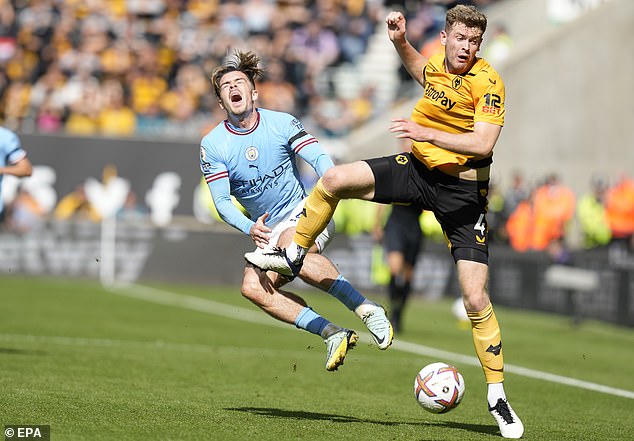 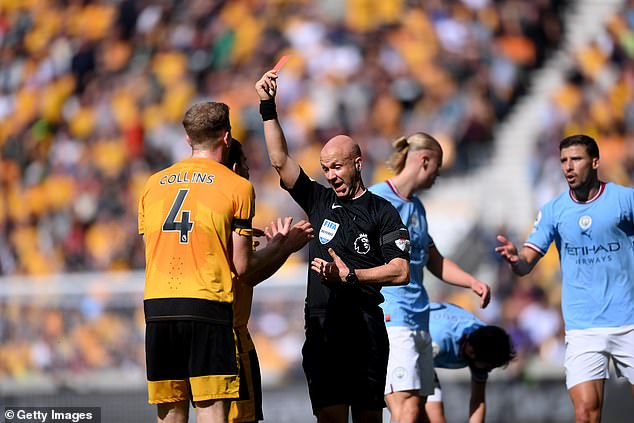 The incident after 33 minutes completed a first half of misery for Bruno Lage’s men, that began in the first minute when Grealish opened the scoring for City.

Champions City were two goals up inside a quarter of an hour, when Erling Haaland notched his eleventh goal of already remarkable season for the Norwegian striker.