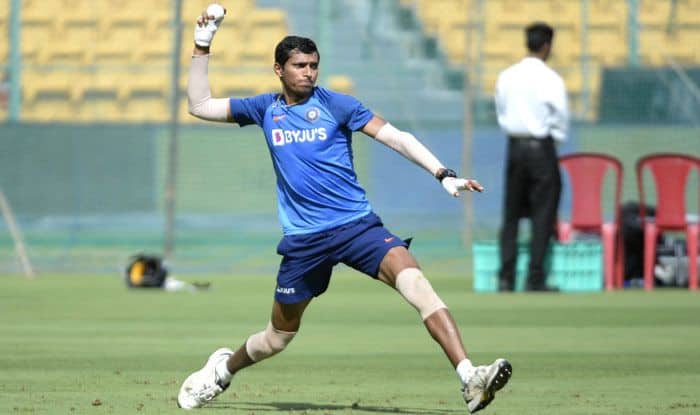 India A ODI squad: India pacer Navdeep Saini suffered a groin injury in the ongoing North Zone vs South Duleep Trophy clash. The player has been officially ruled out from the competition and the upcoming India A vs New Zealand ODI series, starting next week. The BCCI announced Rishi Dhawan as replacement for the speedster. Follow IND A vs NZ A ODI series live updates with InsideSport.IN

India A ODI squad: Navdeep Saini ruled out of India A squad for New Zealand A ODI series due to groin injury, Rishi Dhawan named replacement

The player will not undergo treatment at the National Cricket Academy in Bengaluru. It is the norm for players to report to the NCA after sustaining and injury.

“Navdeep Saini sustained a right groin injury on Day 1 of the Duleep Trophy semi-final match between North Zone and South Zone. He is ruled out of the ongoing tournament and also from the upcoming three-match one-day series between India A and New Zealand A. Saini will now head to the NCA for further management of his injury,” BCCI secretary said in a statement.