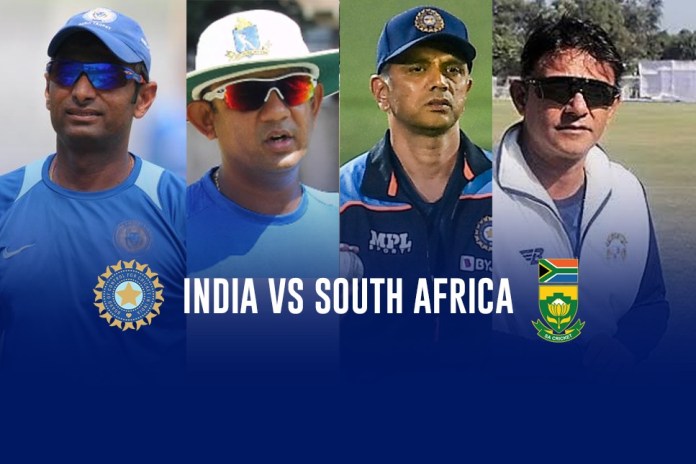 IND vs SA LIVE: NCA chief VVS Laxman will begin a new chapter in his glorious career with the former India batsman all set to coach the Indian team on the tour of Ireland. With the Ireland games colliding with the England tour matches, Laxman will fill in for Rahul Dravid. Laxman will be aided by his NCA staff, who will takeover duties in the ongoing India vs South Africa from the 4th T20I. Follow Indian cricket live updates on Insidesport.IN

Also read: India Tour of Ireland: VVS Laxman to take charge of Indian Team for Ireland, Rahul Dravid to be with red-ball squad in England

In a bid to prepare themselves for the tour of Ireland, National Cricket Academy coaches Sitanshu Kotak, Sairaj Bahutule and Munish Bali will take charge of the proceedings in the ongoing India vs South Africa series from the 4th T20. The trio will then accompany NCA chief VVS Laxman, as part of the support staff of the Ireland series.

Kotak, who has been part of the India A setup earlier, will be the batting coach while Bali and Bahutule, who were part of the victorious U-19 World Cup campaign in the Caribbean earlier this year, have been handed the fielding and bowling duties. The trio have already joined the squad currently playing South Africa at home.

Meanwhile, the Indian squad led by Rohit Sharma will depart for England on June 16, while Rahul Dravid alongside KL Rahul, Shreyas Iyer, and Rishabh Pant will depart on June 19 after the series against South Africa. A separate white-ball squad will be announced for Ireland and England tour by June 20 and the players will leave on June 22 for Ireland.

The squad for the Ireland series is yet to be announced. The short tour coincides with the tour of England where India are supposed the rescheduled fifth Test against England from July 1. India lead the series 2-1.

Before that, India will play a four-day warm up against Leicestershire from Jun 24-27. India will field a team of primarily T20 specialists against Ireland but a full strength squad is expected for the white ball leg of England tour comprising three T20s and as many ODIs from July 7.