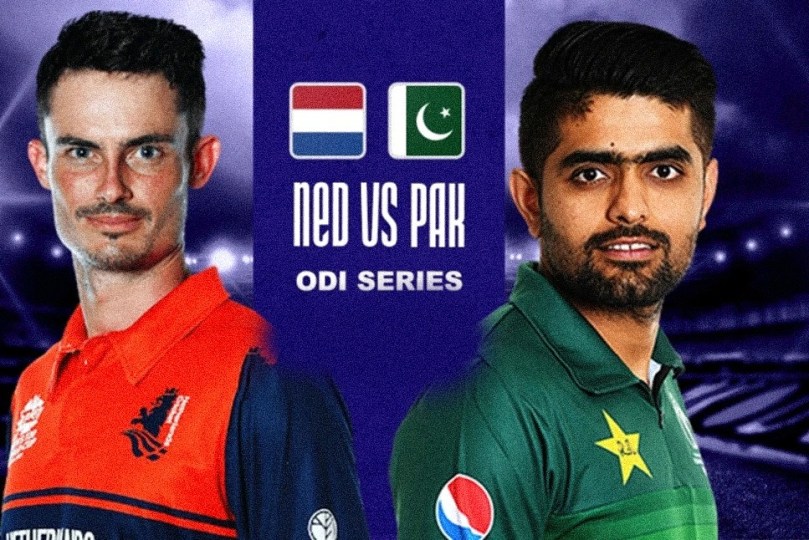 NED vs PAK LIVE Score – Pakistan vs Netherlands 1st ODI LIVE: Babar Azam led Pakistan team will play Netherlands on Tuesday but with one eye on Asia Cup 2022. The series against Netherlands will be used to prepare for Asia Cup Mega Clash vs India on August 28th. Injured Shaheen Shan Afridi has travelled with the team to Netherlands but will not play the 1st two ODI’s. The match will start at 2:30PM IST: Follow NED PAK 1st ODI LIVE updates with InsideSport.IN

All eyes on Shaheen Shah Afridi Recovery: The 22-year-old paceman suffered a knee injury on the recent tour of Sri Lanka. His fitness is worrying Babar Azam and the think-tank. On one hand they will be playing Netherlands from Tuesday but on the other captain’s entire focus is on to get his main bowler completely fit before Asia CUP.

Pakistan team bosses do not want to overload a fast bowler. Afridi already has played 97 times across all three formats since his international debut just four years ago.

“We’re taking a couple of doctors with us to take care of Shaheen and want him to play a game against Netherlands to see if he’s fit and ready for the Asia Cup,” said Pakistan skipper Babar Azam.

“But we have 11 trump cards. Each of them can be match winners on their day. I have faith in every one of them, whether batters or bowlers.”

The series in Rotterdam was postponed due to Covid in 2020. It forms part of the 13-nation Super League from where the top seven teams plus hosts India will qualify for the 2023 World Cup.

Pakistan are currently third with 90 points, having beaten a formidable Australia 2-1 in their last ODI series at home. Failure to make the top seven would mean having to negotiate a perilous route through a qualifying competition.

“There are important Super League points at stake which we can’t lose,” said Azam who may be stunned to find Europe baking in a heatwave.

“I think the conditions will be similar to England. The weather will be cooler so we have practiced with the air conditioning on indoors, perhaps that helps simulate the conditions,” he said Thursday on the team’s departure for Europe.

The two teams have only played three one-day internationals — all in multi-national events at the 1996 (Pakistan) and 2003 (South Africa) World Cups and 2002 Champions Trophy (Sri Lanka). Pakistan won all three.

After qualifying for the Twenty20 World Cup to be played in Australia later this year, the Netherlands are seeking a huge lift in their 50-over fortunes. They are placed last in the Super League, having won only two of their 16 matches with one no-result and 13 defeats. Those two wins — against Ireland — followed 12 straight losses in series against Afghanistan, New Zealand, West Indies and England.

England also smashed a world record total of 498-4 against them in June. But new skipper Scott Edwards believes playing against bigger nations has helped his young team.

“ODI cricket is still a benchmark for Associates,” said Edwards, who replaced Pieter Seelaar as skipper in June.

“We have got a lot of young cricketers coming through who have got exposure against England and New Zealand. I am excited for the next two, three years.

“We play Pakistan which is another opportunity to face world-class bowlers and batters and that is a huge preparation for us to fine-tune our skills for the Twenty20 World Cup in Australia.

“It’s been an awesome summer for the players for this opportunity to play these bigger nations. There is a little bit of shame that we haven’t got some wins on the board.”

Pakistan have dropped out of form fast bowler Hasan Ali who is replaced by rookie pacer Naseem Shah while Shahnawaz Dahani, Haris Rauf and Mohammad Wasim Junior are the other quicks in the squad. The Netherlands, meanwhile, have recalled 38-year-old all-rounder Wesley Barresi after a three-year absence.

After the opening game on Tuesday, the sides meet again on Thursday and Sunday.