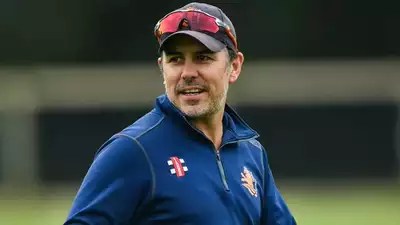 According to ‘ESPNcricinfo’, Campbell’s family released a statement on Friday updating his condition after the former Australia wicketkeeper-batter suffered a heart attack last Saturday in Stoke-on-Trent.

“Ryan suffered a series of cardiac arrests last weekend and remains critically ill in the Royal Stoke University Hospital in the UK where he is being closely monitored 24 hours a day,” the family statement said.

“He remains heavily sedated which is likely to continue through this weekend. It is impossible to state our gratitude to the truly incredible staff at the hospital whose skill, care and compassion knows no bounds.

“The family would like to take this opportunity to thank all of his friends and supporters around the world for their love and support. As we are sure you can understand it is impossible to respond to all of the messages but we truly appreciate you keeping him in your thoughts and prayers.

“We will update you again when we have more news but, in the meantime, we will be grateful if you could give the family some privacy at this immensely difficult time.”

The 50-year-old felt chest pain and difficulty in breathing while he was out with his family on Saturday, following which he was admitted to an ICU. Campbell was put in an induced coma for several days after the heart attack but is learnt to have come out of it and had made several successful attempts to breathe on his own.

The former player had been travelling back to Europe from the Dutch team’s tour of New Zealand, and had visited friends and extended family in his home city of Perth just a week before the heart attack.

Campbell was appointed Dutch coach in January 2017.As a player, he represented both Australia and Hong Kong. He featured for Hong Kong in their ICC Men’s T20 World Cup campaign in 2016, becoming the oldest player to make his debut at 44 years and 30 days.