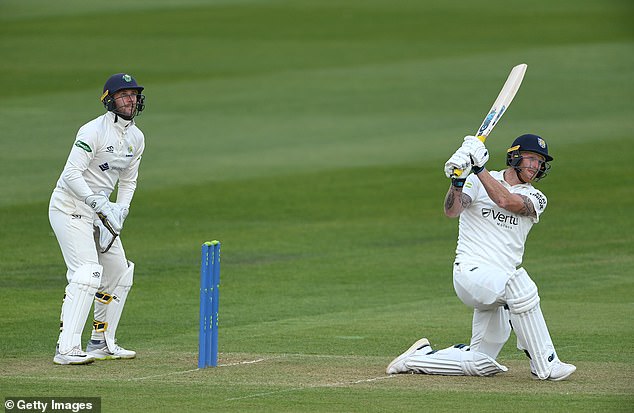 Ben Stokes’ strong form with the bat since being named England Test captain continued as he struck 82 for Durham against Glamorgan at Chester-le-Street.

Stokes marked his shift to number six last week by hitting a record-breaking 17 sixes in Worcester.

On Thursday, he managed just two before Michael Hogan snared him with a delivery of extra bounce with the second new ball.

To whom Stokes will throw the ball at the start of a new Test era next month is growing increasingly uncertain, however, amid news that Chris Woakes is awaiting the results of a scan on his knee.

Woakes had a pain-killing injection in the joint after returning from the 1-0 defeat in the Caribbean in March with that injury issue as well as shoulder and ankle niggles.

Such a course of action was designed to enable him to feature for Warwickshire from the end of April, but he is still yet to appear and after sitting out the current match versus Northamptonshire at Edgbaston, has just one potential County Championship fixture – versus Yorkshire, from next Thursday – before the squad is named for England’s first match under the new captain-coach axis of Stokes and Brendon McCullum.

Unless he plays in Leeds, he will not be considered for the first two back-to-back Tests at Lord’s and Trent Bridge from June 2-14. 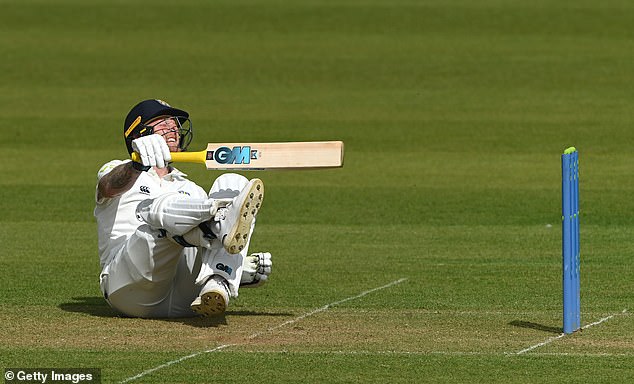 Woakes mustered just five wickets in three appearances versus West Indies recently but has an exemplary Test record on home soil with 94 at 22.63 runs apiece.

Elsewhere, Saqib Mahmood, another contender to complement returning duo Jimmy Anderson and Stuart Broad in the attack at the start of the international summer, was withdrawn from Lancashire’s Roses contest after reporting back stiffness before the toss while Ollie Robinson walked off the field at Leicester complaining of a stomach upset after sending down just one over for Sussex.

It was a similarly disappointing return for Test hopeful Josh Bohannon, who fell cheaply when Yorkshire’s Jordan Thompson angled a full ball into him for a routine lbw. But team-mate Keaton Jennings finished unbeaten on 150, his second hundred in as many innings since returning from a calf injury, while another ex-England opener Haseeb Hameed also reached three figures for Nottinghamshire against Middlesex at Lord’s.

At Beckenham, Ollie Pope hit 96 to move into the top five run scorers in Division One while Surrey team-mate Ben Foakes is two places further back after taking an unbeaten 85 off Kent.