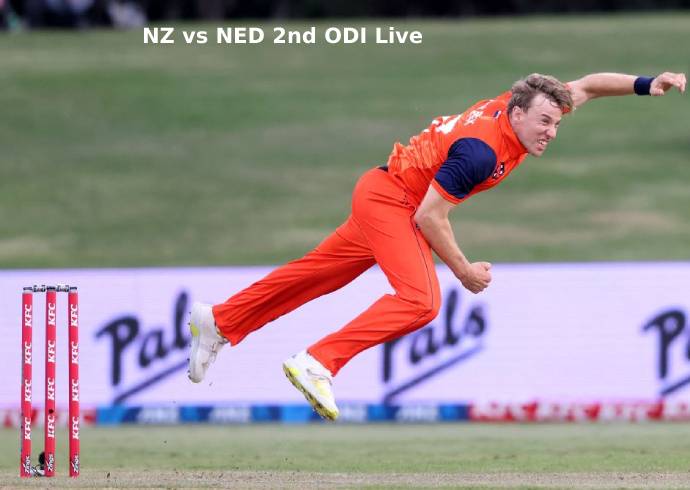 The 6th wicket pair of captain Tom Latham & Colin De Grandhomme added 57 before the later got out for 16.

Earlier Fred Klaasen dismissed Martin Guptill in the fourth over, while Logan van Beek got the better of Will Young in the very next over.

Henry Nicholls did not last long either as he was dismissed by van Beek.

Where will the NZ vs NED 2nd ODI match New Zealand (NZ) and Netherlands (NED) be played?

The 2nd ODI between NZ vs NED will be played at the Bay Oval, in Mount Maunganui.

The 2nd ODI between New Zealand and the Netherlands will kick off at 6:30 am IST.

How do I watch the live streaming of the NZ vs NED,2nd ODI match New Zealand (NZ) and Netherlands (NED)?

The 2nd ODI ODI match between New Zealand and the Netherlands is not televised in India. All the matches of the New Zealand vs Netherlands series will be streamed live on the Amazon Prime Video app and website in India.