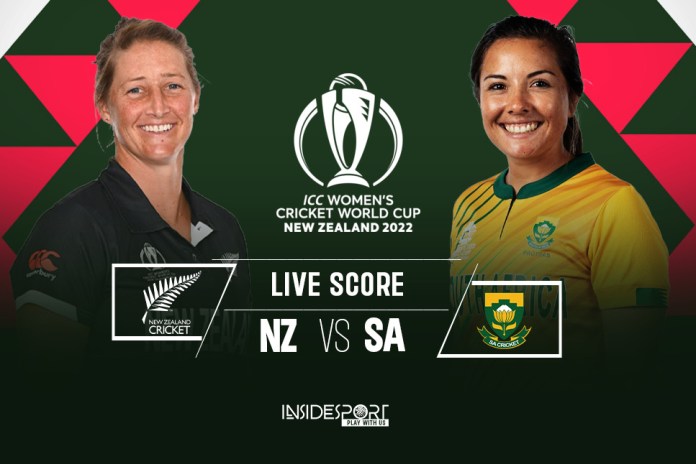 NZ-W vs SA-W LIVE SCORE – ICC Women WC LIVE: New Zealand Women won the toss and have opted to bat. But the hosts of the World Cup have started on a bad note as Suzie Bates is back in the hut after scoring just 4. In-form South African bowler Shabnim Ismail bowled out Bates. Follow New Zealand vs South Africa LIVE in ICC Women World Cup with InisdeSport.IN.

The Sophie Devine-led side are currently placed fourth on the points table. The problem is their negative run rate. New Zealand’s loss against Australia was by a huge margin. Devine and co cannot ill afford to have such slips ups anymore. The team needs to tighten their batting as it has largely struggled. Suzie Bates has had a quiet tournament barring that one innings against Bangladesh. Runs from her at the top will prove to be vital.

Meanwhile, South Africa have managed to find ways to deliver telling blows in the end. All their three wins have come at a hard cost. The team is clicking well in both the batting and bowling departments of the game. The only slight concern is the form of Lizelle Lee and Mignon du Preez.

NZ-W vs SA-W Live Score: New Zealand aim to get their campaign on track, as South Africa look to consolidate at the top – Follow Live Updates

NZ-W vs SA-W Live Score: New Zealand aim to get their campaign on track, as South Africa look to consolidate at the top – Follow Live Updates