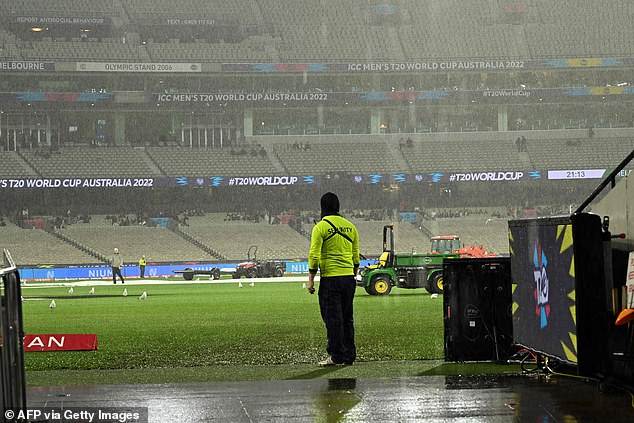 New Zealand’s World Cup clash with Afghanistan is WASHED OUT as heavy rain ruins Black Caps’ plans to put clear daylight between themselves, England and Australia

New Zealand have been dealt a blow at the Twenty20 World Cup with their match against Afghanistan at the MCG washed out.

After their thumping opening game win over Australia, the Kiwis atop Group 1 were expected to make light work of the underdog Afghanis.

But Melbourne’s unpredictable weather ruined those plans, with Wednesday’s match called off without a ball being bowled. 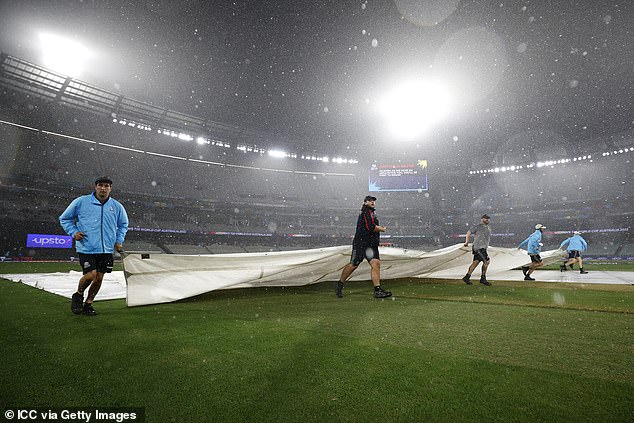 Ground staff took the covers off the MCG pitch twice, but both times rain returned within minutes to send the umpires back inside.

The abandoned game suddenly opens Group 1 again after England’s shock loss to Ireland at the MCG earlier on Wednesday.

New Zealand remain on top of the group due to their superior net run rate and will still fancy their chances of progressing to the semi-finals. 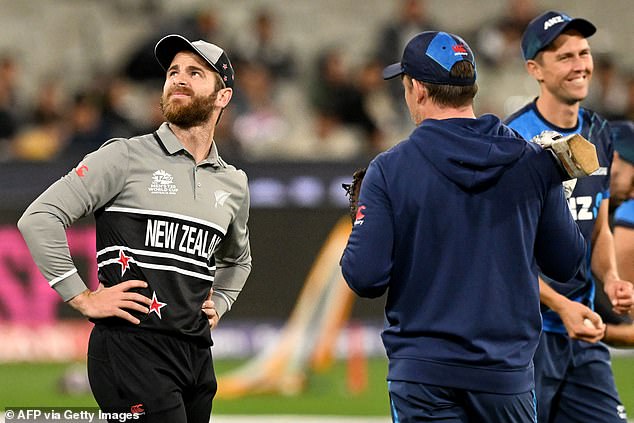 With Australia and England floundering, New Zealand hoped to grow a gap in their group

The Black Caps, who lost last year’s T20 World Cup final against Australia, will be back in action on Saturday at the SCG for a clash with Sri Lanka.

But Australia and England will meet in an effective eliminator at the MCG on Friday night after their respective early tournament defeats.

Afghanistan will return to the MCG on Friday, taking on Ireland before the blockbuster duel between Australia and England.