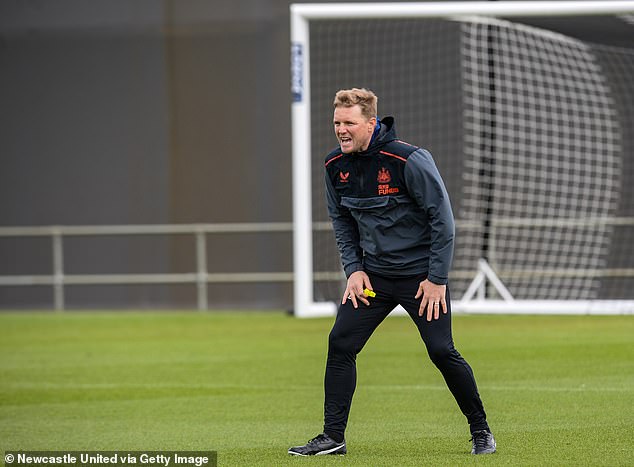 Eddie Howe has warned his Newcastle players he is making daily assessments on whether they will be part of the club’s plans beyond this season.

The head coach has got tough with his squad this week after admitting he was far from pleased with what he saw in their 5-1 defeat at Tottenham on Sunday, in which they conceded four times during a second-half collapse.

Newcastle are set for a busy summer in the transfer market, when the number of players leaving St James’ Park is likely to exceed incomings given the Premier League’s 25-man squad restriction.

Howe, whose side host Wolves on Friday evening, said: ‘I think everyone is always playing for their future.

‘Every day in training I’m making assessments and judgements on character, on attitude, and that’s where you really see what the players are like. My expectations on the training ground are very high. I want everyone to give their best in every moment.

‘Some players can find that a challenge, but that’s what you need for long-term success. Every day I’m analysing and making decisions about people’s futures based on what I see.’ 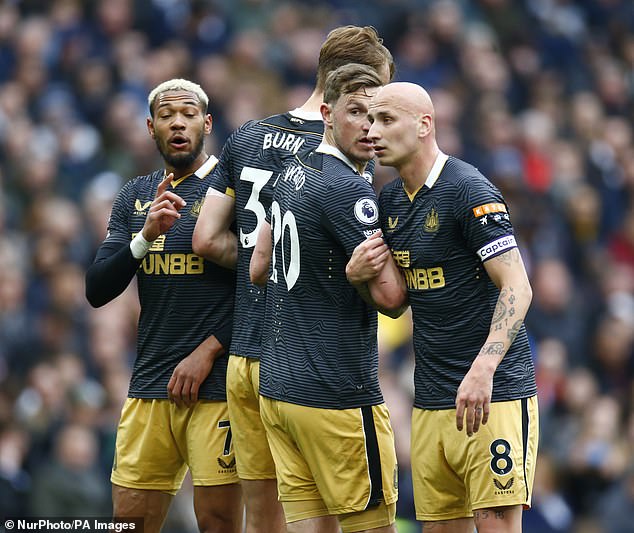 Howe’s approach thus far has generally been one of encouragement with his players after inheriting a group low on confidence in November. But that changed this week in the wake of their third defeat on the spin at Spurs.

‘We spoke in the dressing-room and you have to speak frankly and honestly at certain moments,’ said Howe. ‘I’m not one to talk for too long after a game because emotions are high and you can make mistakes.

‘But certainly, this week, I have changed the way I’ve dealt with the players, because I didn’t like what I saw in the second half. Nobody connected with the club liked what they saw.

‘It’s very important that second half doesn’t linger. We have to learn the lessons from it, of which there were many. Sometimes you have an afternoon like that, and you can come out a much better team for it.’ 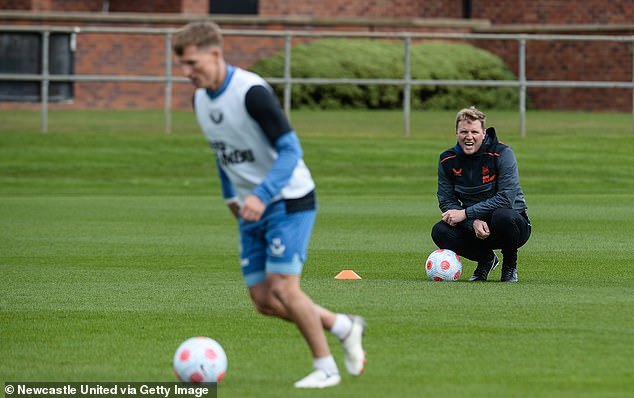