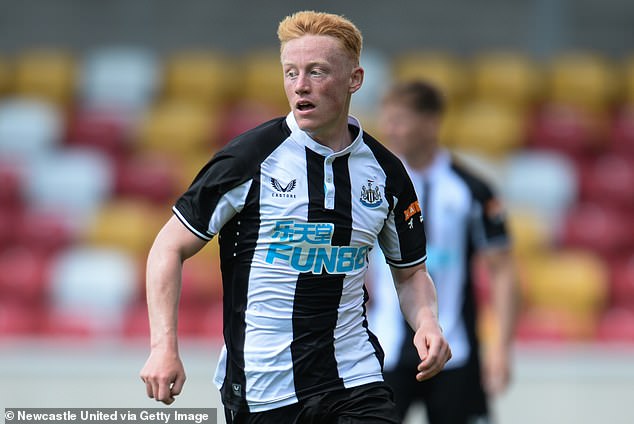 The 21-year-old was recalled from Aberdeen in December having failed to make an impression in Scotland, registering just five appearances.

Now, just over two years since his memorable Premier League debut winner against Manchester United, the younger brother of Magpies first-team player Sean has teamed up with Nigel Clough at Mansfield in the fourth tier of English football until the end of the season. 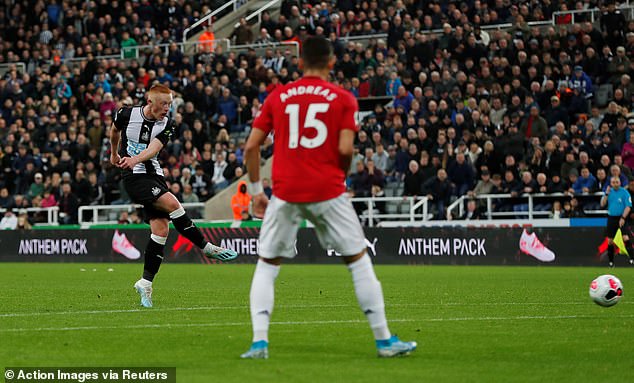 Longstaff Jnr burst onto the scene when he scored the winner – and the Premier League goal of the month in October 2019 – in a 1-0 win versus Man Utd.

But he has struggled to kick on since then, and is currently surplus to requirements at St James’ Park, with his contract expiring at the end of this season.

Clough, meanwhile, said: ‘To get a good midfielder with Premier League experience is a coup for us.

‘We’re looking forward to working with Matty and get him playing some regular football. 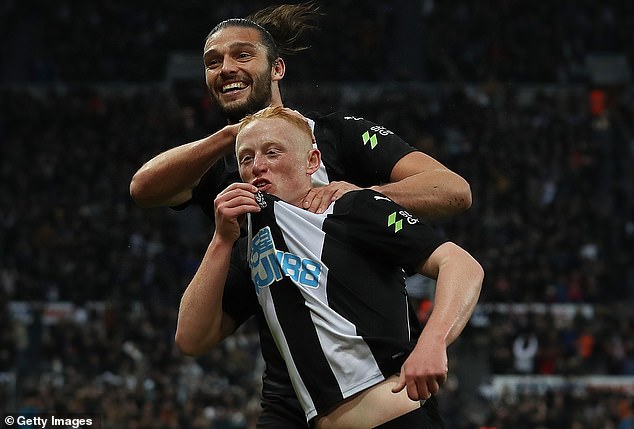 ‘Having let Harry Charsley go to Port Vale, it’s a good reinforcement for us in the midfield area.’

The Stags are currently sixth in League Two, three points off the automatic promotion spots.

Newcastle signed Brighton defender Dan Burn on deadline day as Eddie Howe looked to reinforce his squad for the battle to avoid relegation.