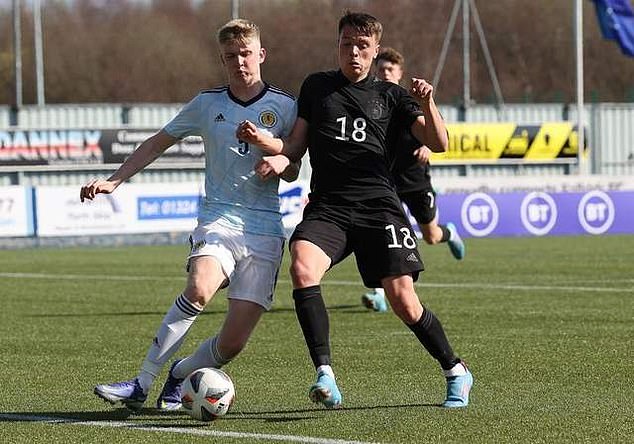 Newcastle open talks with Kilmarnock for 17-year-old Charlie McArthur… but Eddie Howe’s side scould face competition for the defender from Premier League rivals, including Man City and Liverpool

Newcastle United have stepped up their interest in Kilmarnock youngster Charlie McArthur but face competition from English Premier League rivals.

It is understood the Magpies have opened discussions with the Rugby Park side for the 17-year-old in the hope they can strike a deal to bring the defender to St James’ Park.

However, other unnamed clubs have also made their interest in the Scotland Under-17 international known to Derek McInnes’ side.

Manchester City, Liverpool, West Ham, Wolves and Brighton are among those to have been linked with McArthur previously.

The teenager, who made four appearances last term, has another year to run on his deal at the newly promoted Premiership side and the club want a six-figure fee for the player.

The centre back captained Scotland at this year’s Under-17s Euros and made four senior appearances for Kilmarnock, including a league debut in May.

He has now admitted he is ready to take the next step revealing he will sort out his future soon after last month’s Euros. 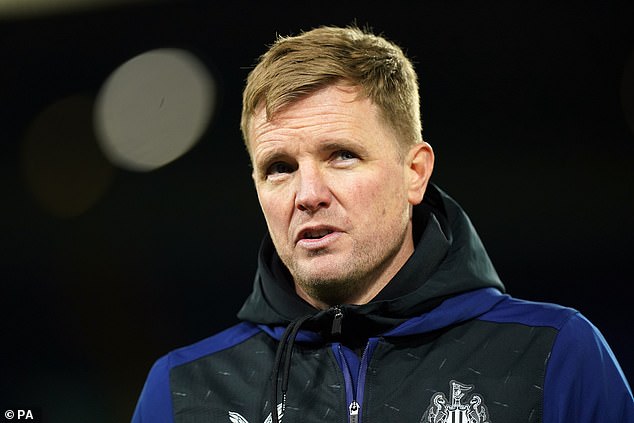 Eddie Howe’s side face competition from top-flight rivals, including ManCity and Liverpool

McArthur said, via The Sun: ‘At this moment in time I am just focusing on the Euros with Scotland and then I’ll need to see what happens.

‘I’ll speak to the manager when I get back and see what the plans are and go from there.

‘I’m still under contract for another year so I’m still a Kilmarnock player.

‘Derek McInnes has been good to work for. I’ll just need to see what happens when I go back and it’ll all work out.

‘It’s not difficult to focus despite the speculation because at this moment in time I’m not playing in England.’