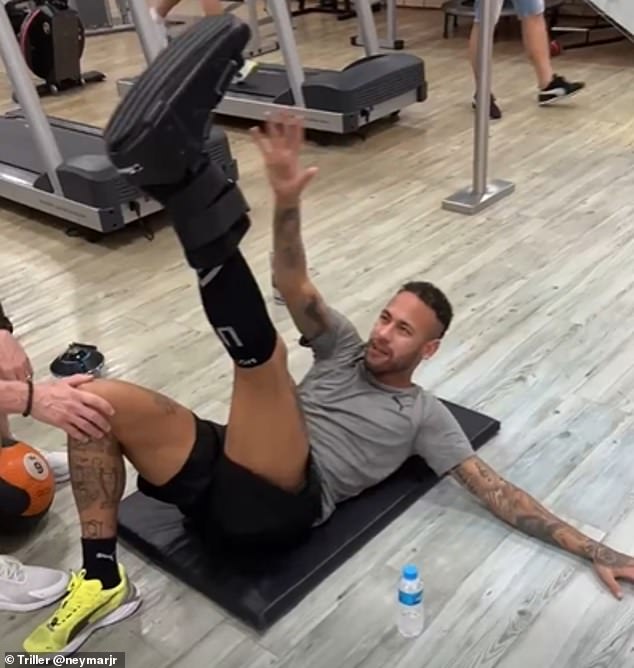 Neymar updated PSG supporters on his rehabilitation from an ankle injury by posting a video of him doing gym work as he steps up his recovery.

The Brazilian winger picked up a horror ankle injury in a victory against Saint-Etienne at the end of November, which kept him out for the remainder of 2021 and leaving PSG without one of their key men in their Ligue 1 title challenge.

But the 29-year-old, who was still wearing an ankle brace during the work out exercises, looked eager to return to action in a Triller video, with the attacker’s return understood to be planned for a month’s time. 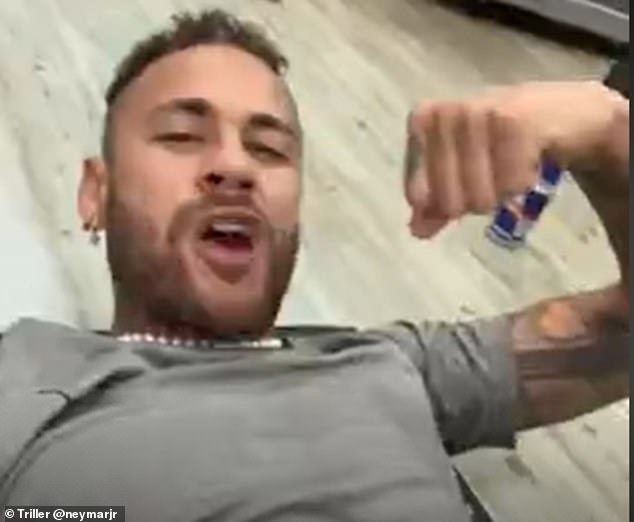 When Neymar first picked up his injury on November 28, doctors predicted it would take between six to eight weeks until the 29-year-old returns to the field again for PSG.

It means Neymar will miss the continuation of their French Cup challenge against fourth-tier side Vannes on January 3, as well as a mouth-watering clash with rivals Lyon six days later.

PSG face home clashes against Brest and Stade de Reims before the end of January, when Neymar is expected to return. 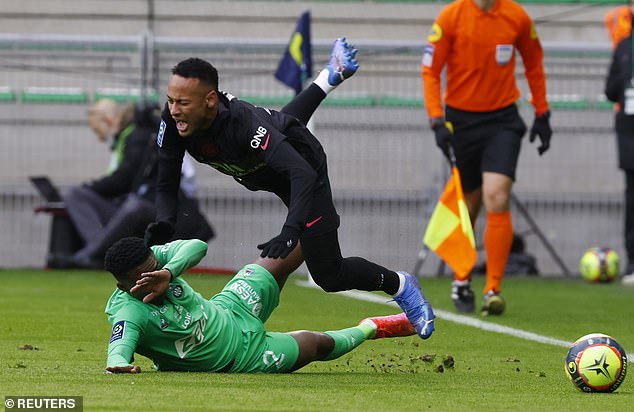 However, Mauricio Pochettino’s PSG will be hoping for no setbacks to Brazilian’s injury, with the French giants taking on Real Madrid in the Champions League last-16 first-leg on February 15.

As he continues his recovery, Neymar has turned to former PSG winger Nene to help him through the rehabilitation period, with the pair photographed together earlier this month. 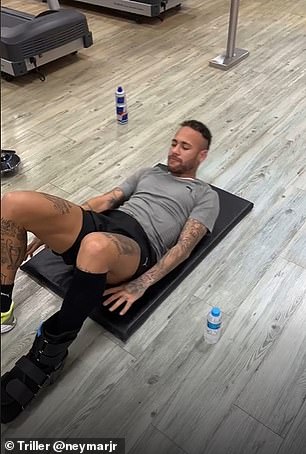 Nene will be particularly useful to helping ex-Barcelona man Neymar successfully return to fitness, whilst also keeping up his spirits mentally during his lay-off.

‘I’m here in Paris to help him and to give him everything that he needs,’ Nene said earlier this month.

‘The support for him, playing together, having a good time and, above all, making him laugh a little. This is so that he can concentrate on returning as soon as possible.

‘He is calm, of course but he is not happy – this is a difficult moment for him and his injury is still bad.

‘But I try to support him, to be with him, to tell him that he has to be positive and that this will pass soon. He will return in about a month and half and is doing everything possible to return soon.’ 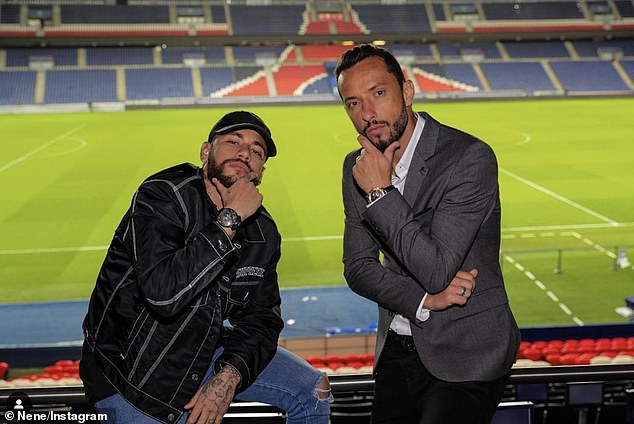