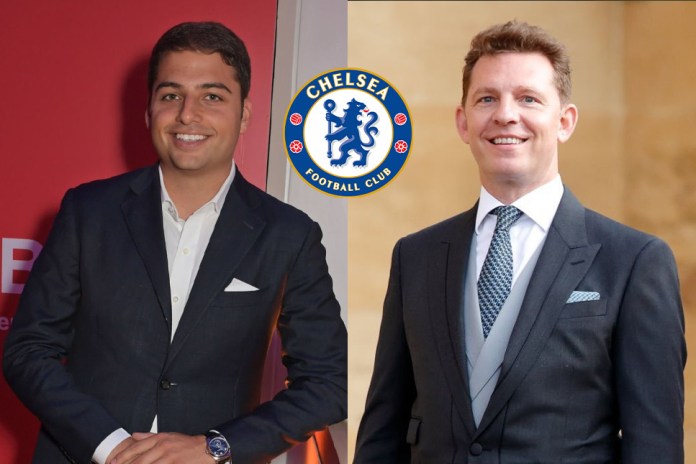 Chelsea on SALE: Nick Candy and Jamie Reuben – British property developer Nick Candy is working on a £2.5billion bid for Chelsea, which includes plans for a £1.5bn rebuild of Stamford Bridge, to be submitted by the end of the week. The 49-year-old Chelsea fan is talking to a number of American investors about forming a consortium to launch a formal bid for the club. According to Bloomberg, Jamie Reuben, the son of billionaire property investor David Reuben, is exploring a bid for Chelsea Football Club.

Chelsea New Owner? – Candy and his potential partners are understood to value the club some way short of Roman Abramovich’s £3bn price tag. Roman Abramovich officially put Chelsea up for sale last Wednesday amid Russia’s continued invasion of Ukraine. Russian billionaire Abramovich has owned Chelsea since 2003 and led the Blues to 21 trophies. Jamie Reuben is a Chelsea fan and was previously involved at a boardroom level at Queens Park Rangers, a second-tier West London club.

Abramovich is selling Chelsea after almost two decades of ownership amid unrelenting scrutiny over his ties to Russia, and to President Vladimir Putin, after the country’s invasion of Ukraine. The billionaire has instructed the club’s board to set up a charitable foundation to receive the net proceeds from the sale, he said in a statement last week. Abramovich, who’s owned Chelsea since 2003, has appointed New York-based Raine Group to conduct an auction for the team.

‘Nick Candy is actively exploring a number of options for a potential bid for Chelsea Football Club,’ a spokesperson for Candy confirmed to Sportsmail. ‘Any bid would be made in conjunction with another party (or consortium) and we have serious interest from several international partners.’

‘Mr Candy has a huge affinity with Chelsea. His father was asked to play for the club and he has been watching matches at Stamford Bridge since the age of four. The club deserves a world class stadium and infrastructure and Mr Candy’s unique expertise and background in real estate would be a hugely valuable asset to delivering this vision.’

Reuben is considering bidding on a personal basis, although he may use some of his family’s wealth, said the people, who asked not to be identified as the deliberations are private. Reuben brothers Simon and David own about 10% of Newcastle United, the Premier League football club that was recently bought for 305 million pounds ($400 million) by a consortium led by Saudi Arabia’s Public Investment Fund. The brothers each have a net worth of about $7 billion, according to the Bloomberg’s Billionaire’s Index.

Any acquisition by Jamie Reuben of Chelsea would be closely looked at by the Premier League, given his family’s involvement at Newcastle United. Under the League’s rules, a person cannot acquire a “significant interest” — defined as 10% or more — if they already own a stake in another club. Jamie Reuben’s considerations are at an early stage and may not lead to a formal bid, said the people.