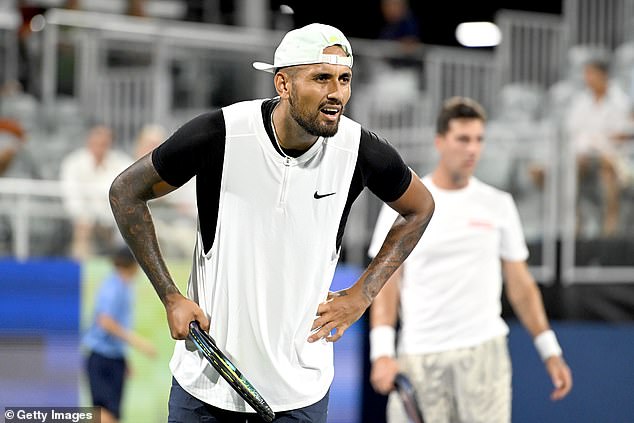 Nick Kyrgios shook off a knee injury to partner compatriot Thanasi Kokkinakis for a second doubles success in Atlanta.

The world No.47, who fell to Novak Djokovic in the decider of the grass-court major earlier this month, was slated to play German Peter Gojowczyk in the men’s singles before pulling out on Tuesday.

Kyrgios, who won the Atlanta tournament in 2016, addressed the crowd to explain his absence, with Frenchman Adrian Mannarino taking his place in the draw before defeating Gojowczyk 6-3 7-6 (9-7).

‘I’ve won this tournament once and am probably playing some of the best tennis of my career and all I wanted to do was come out here and give you guys a show.

‘I’m not able to give out my best performance and I’m extremely sorry and I’m going to keep my hopes up that I may be able to continue doubles with Thanasi.

‘I hope you won’t be too hard on me … I love you guys and hopefully next year I will be able to compete and give it my all.’ 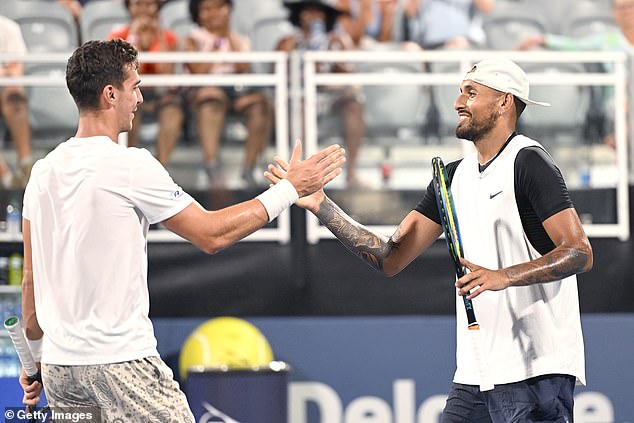 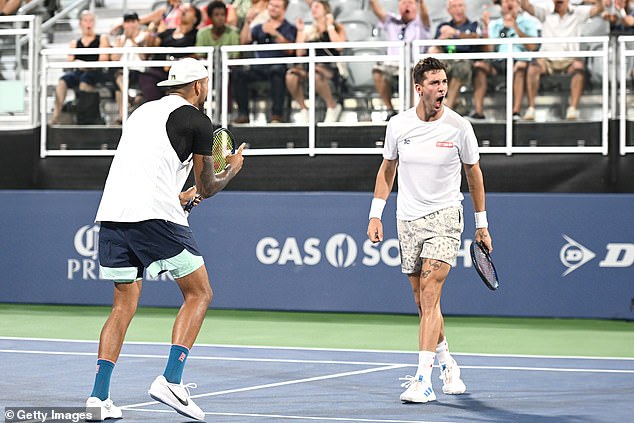 Fortunately for Kokkinakis, Kyrgios was able to push ahead with the doubles tournament, with the No 2 seeds moving into the semis with a 6-4 7-6 (7-3) win over Hunter Reese and Gonzalo Escobar.

But fellow Aussie pairing in Luke Saville and De Minaur succumbed to Americans Paul and Johnson, 4-6 6-1 10-8.