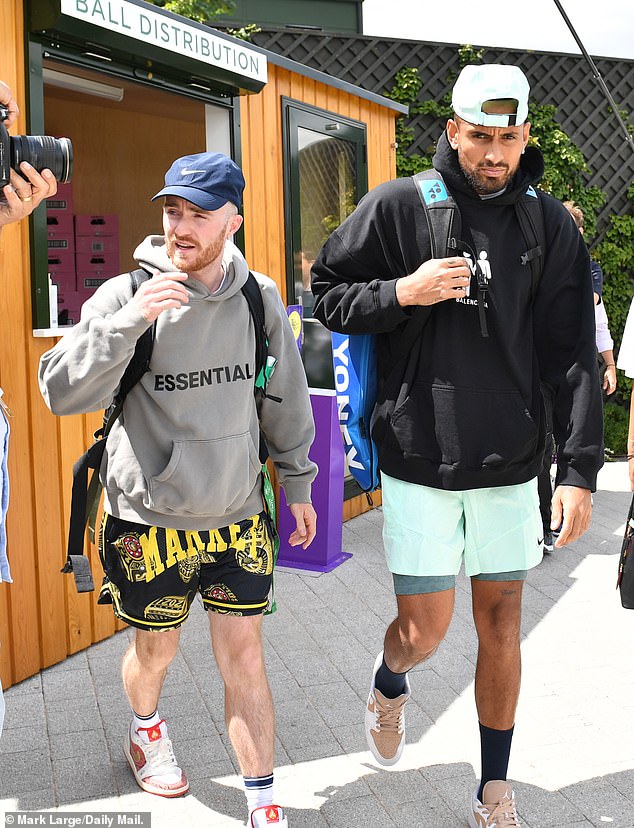 Nick Kyrgios’s manager Daniel Horsfall has told Todd Woodbridge the abuse he cops pales in comparison to the vile messages he receives while working for the sport’s most controversial figure – even though one troll recently wished the ex-star turned commentator was dead.

On Wednesday, Woodbridge struck back with a classy response to a man who said he wished the former world No.19 had died from the attack he suffered in October last year, branding the message ‘disgusting and disgraceful’.

Horsfall joined the discussion on Thursday, revealing a shocking string of slurs he received from a troll as he told Woodbridge: ‘Yours is pretty light on to be fair. Here’s what I see.’ 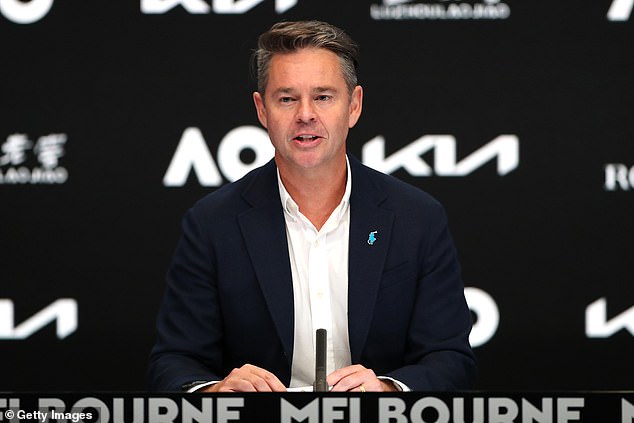 The former real estate agent – who has managed Kyrgios since midway through last year – then shared the following message: ‘So you are the human wart who manages nick the filthy grub? What a f**king c***head you must be eh?

‘Not ashamed? Not embarrassed? You f**king should be you worthless POS.

‘Can you not get the c*** to shut up? one day he will take his half witted act too far and someone will finish him for good.

‘Can’t wait for that day. Hope you go down in the same manner too you f**king grub.

‘You have children? A family? They must be so proud of you. Fly away now and get a real job. C***head.’ 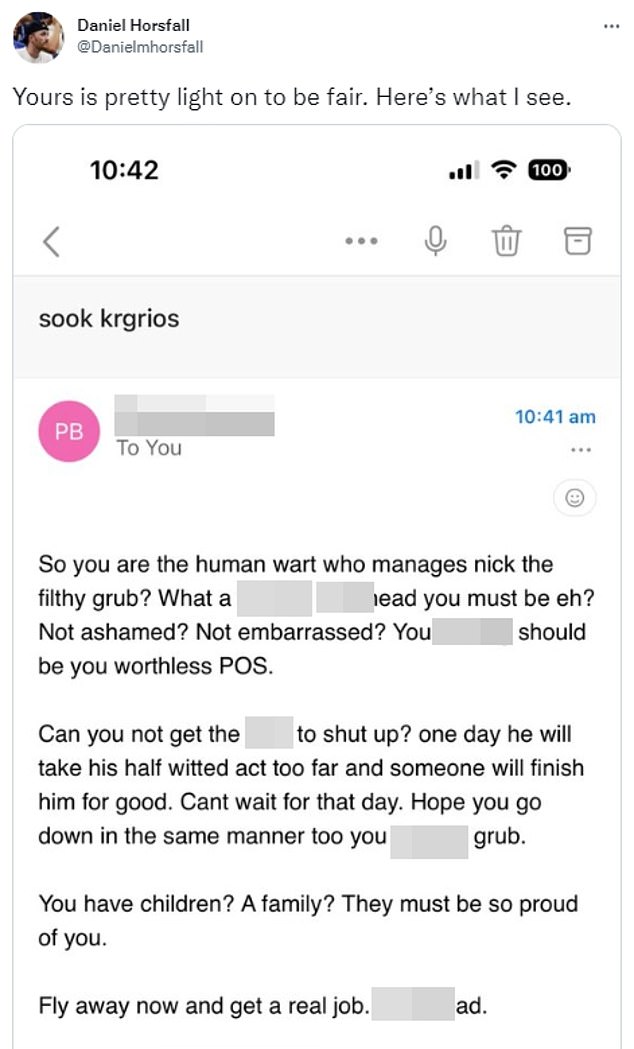 Woodbridge posted the Instagram message he received on Wednesday night and commented: ‘Unfortunately Matt didn’t like my commentary alongside Jim Courier but this sort of behaviour is unacceptable and needs to be called out.’

The troll’s poorly written message read: ‘Just a old has been trying to stay in the lime light! Shame they heart attack didn’t end you.’

The former world No.19 received plenty of support for his classy response to the vile insult.

His Channel Nine co-commentator Jelena Dokic wrote: ‘Good on you for calling it out. We are all behind you.’ 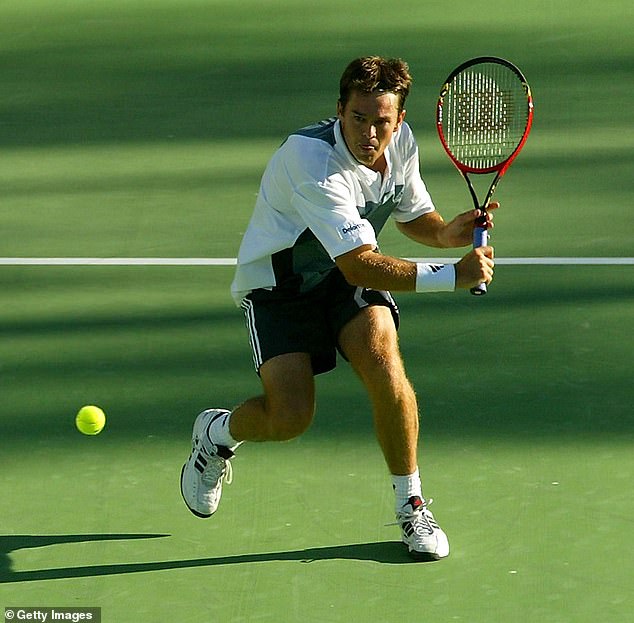 Woodbridge (pictured playing in 2004) won support for his classy response to the troll who wished him dead, with Channel Nine colleague Jelena Dokic backing him up

Late last year Horsfall appeared to be sticking up for his client when he tweeted, ‘Why does tall poppy syndrome exist… especially in Australia against other fellow Australians… blows my mind.’

Nicknamed ‘Horse’, the manager is often seen in the 27-year-old star’s player box at tournaments.

The pair met at high school in Canberra.

‘We didn’t really get along,’ Horsfall told ATPtour.com.

‘One day we got put in the same team and it just changed. Since [then] we’ve never looked back and been pretty close, attached at the hip for a few years there.

‘He’s definitely like a brother from another mother. I’m very close with his family.’