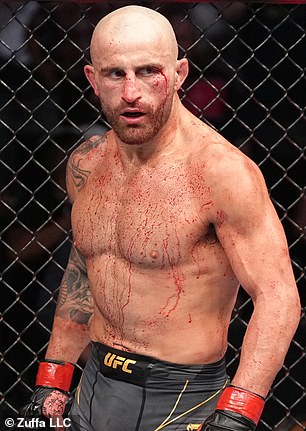 Alexander Volkanovski has thrown his support behind Nick Kyrgios ahead of his Wimbledon final, 24 hours on from the tennis player’s blistering attack on his country’s greatest sporting stars.

On Friday, Kyrgios said it was ‘pretty sad’ that the likes of Pat Cash and Mark Philippoussis refused to support the 27-year-old at the All England Club, with the 1987 winner labelling his behaviour against Stefanos Tsitspias ’embarrassing’.

‘It’s pretty sad because I don’t get any support from any of the other Australian tennis players,’ Kyrgios said. 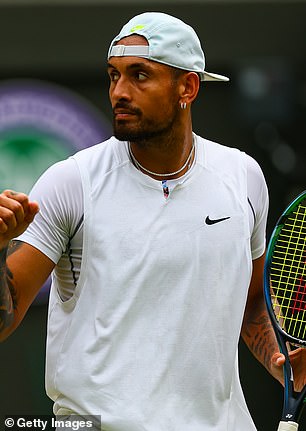 ‘Not the current players, but like the past greats. It’s weird they just have like a sick obsession with tearing me down for some reason. I’m definitely the outcast of the Australian players.

However, Kyrgios has today received support from UFC superstar Volkanovski. Last weekend, the 33-year-old defended his featherweight title against Max Holloway, with many fans and pundits labelling him the best fighter on the planet.

And now Volkanovski has taken to Instagram to back Kyrgios, saying he ‘loves seeing Aussies kick ass’. 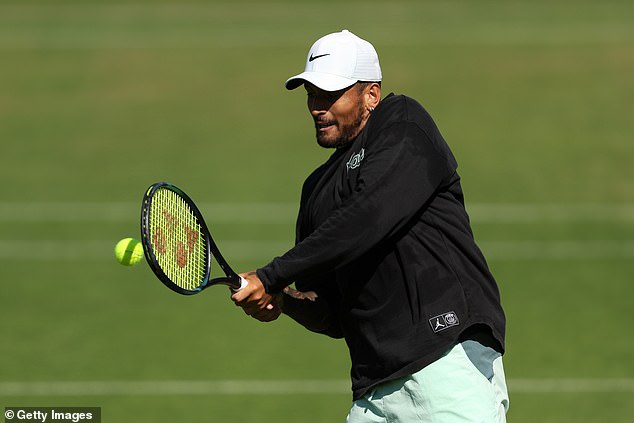 ‘Love seeing Aussie’s kick ass on the world stage! Let’s get it @k1ngkyrg1os. We got your back’, he posted.

Kyrgios admitted that the adjustment to not having the hugely-anticipated match against Rafael Nadal on Friday afternoon was proving a challenge.

‘I had a shocking sleep last night,’ he said. ‘I probably got an hour’s sleep just with everything, like the excitement. I had so much anxiety, I was already feeling so nervous, and I don’t feel nervous usually. I was just restless, so many thoughts in my head about a Wimbledon final. That’s all I was thinking about.’

On Saturday, the 27-year-old tweeted: ‘Bruh, I’m a slam finalist,’ alongside a series of laughing emojis. ‘I’m excited either way’ followed by an anxious emoji.