Nick Kyrgios has poured cold water on a potential boxing bout with arch rival Bernard Tomic, insisting he has ‘bigger fish to fry’ than taking on the ‘dead broke’ World No 417.

The Australian tennis duo have been embroiled in a war of words for years and their feud escalated even further last month after Kyrgios labelled Tomic ‘the most hated athlete in Australia’.

Tomic, 29, responded by challenging Kyrgios, 27, to a one-off battle on the grass court, with each player stumping up $1million in a winner-takes-all clash. 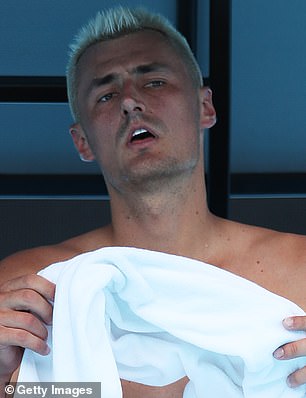 The 29-year-old then changed the arena of their battle to the boxing ring, demanding that they ‘sort this out as men’.

Yet Kyrgios has distanced himself from a boxing debut, with the Canberra-born star expressing sympathy for Tomic, who in 2016 reached a career-high ranking of No 17.

‘For someone who actually tried to stand up for him before and tried to help him out, like my family’s helped him out before, I paid for his flights back home from Shanghai because he had no money. So for him to come out and attack is extremely disrespectful I think.

‘When he’s challenging me for boxing matches – like first of all, I don’t know who’s going to put up $1 million for him because he’s dead broke. Second of all, I have bigger fish to fry at the moment. I’m trying to get ready for Wimbledon. US Open. I’ve got off court contracts, tournaments still pay me to show up.

‘And I don’t think that’s happening for him at the moment. But maybe one day, I would love to challenge him in there. I feel like I’ve got him on fitness.’ 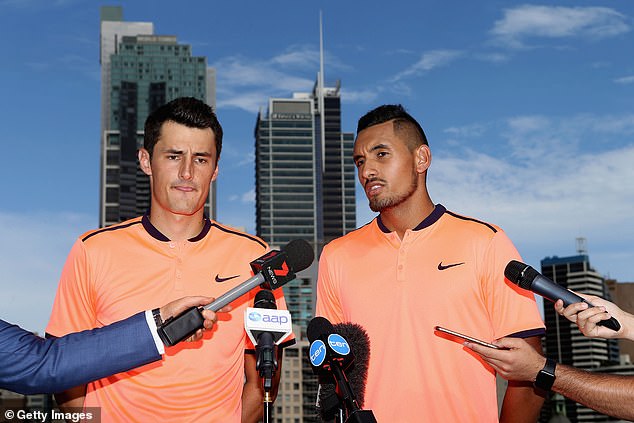 Kyrgios opted not to stick the boot in on his fellow countryman, insisting that he would rather settle their feud over a coffee as opposed to a fist fight.

‘He’s got a lot of struggles right now, and I feel for him. He’s someone that had an extremely brutal upbringing and there’s no denying that. But I feel like he lives in the past now, it’s time to take ownership of your life, show some accountability.

‘I know he’s got the inspiration from Jake Paul, but that’s not him.

‘If someone calls me out, I will obviously respond. But at the same time, I know that he’s got some deep-rooted issues and I feel sorry for him.

‘We can literally talk it out of a coffee, I’m not afraid of feelings, figuring stuff out and having a man-to-man conversation. 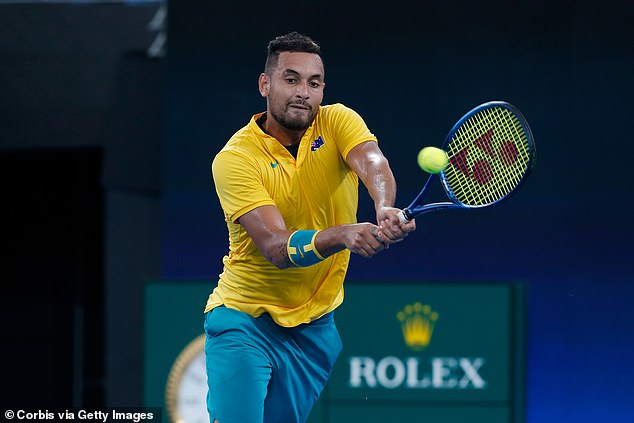 However, Kyrgios admitted he felt sorry for Tomic and said he would have a coffee with him 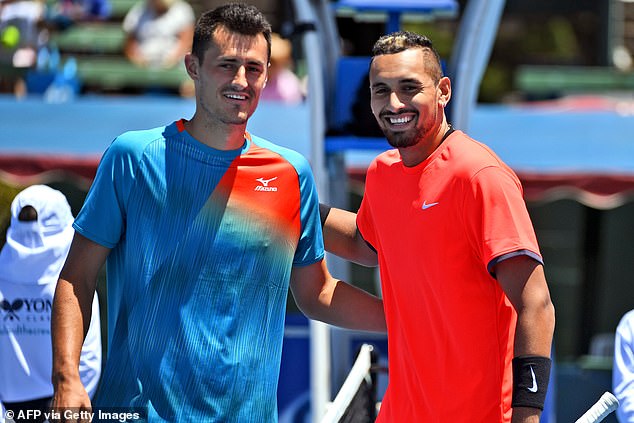 ‘But intellectually, he’s probably not the most switched on bloke.’

Kyrgios made the curious decision to skip the French Open this year to remain in Sydney with his partner Costeen Hatzi, 22, but he will return to the All England Club for this year’s tournament at Wimbledon.

The 27-year-old – who has played just 13 singles matches this year – also lifted the lid on how basketball has played a central role in his preparations for the grass court competition.

‘I just want to keep proving that you can do it your way, that’s it,’ he said after a basketball session with a group of promising hopefuls in Sydney – including Anthony Mundine III, son of the NRL and boxing legend. Kyrgios described playing basketball as ‘meditation’.

‘These boys don’t care who I am, they just want to run out here and hoop, compete, we just push each other every day,’ he said.