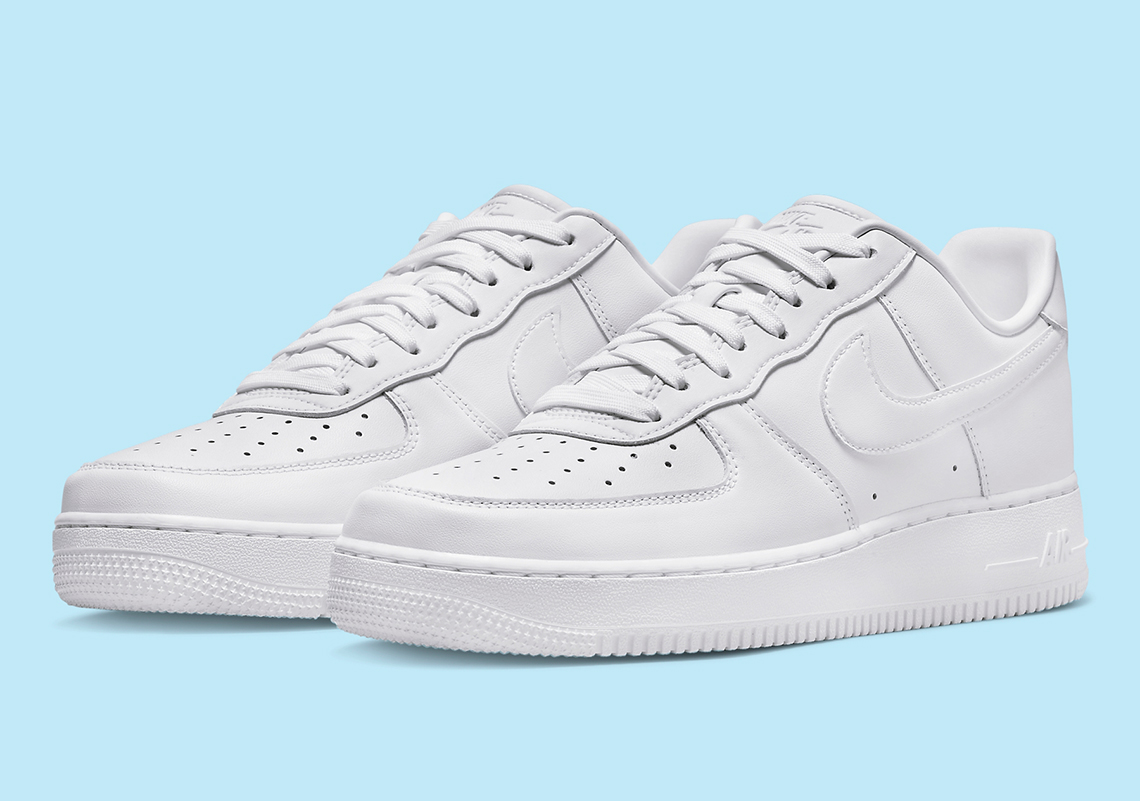 Almost exactly a year ago, Nike Sportswear introduced an entire line-up of “FRESH!” offerings, each pair — from the Air Max 90 to the Daybreak — dressed with plaids and vibrant, Spring/Summer appropriate colors. For 2022, the term returns via this all-white Air Force 1, whose design is far removed from its 2021-released counterpart.

As inferred by the lack of similarities, the pair is possibly a part of an entirely separate, newfound collection akin to “Next Nature” and “Essential.” The upper, though not explicitly stated anywhere along the shoe, is likely made up of Flyleather, a Nike-created material that “looks, feels, and smells” like the real deal. This is evidenced by the texture, as it appears similar to prior appearances upon close-up inspection.

Save for the side Swoosh, the branding, too, is given a slight overhaul. While the use of “Nike Air” is not at all uncommon, it’s made more minimal here, debossed into both the tongue and heel tab. “Fresh,” then, subs in atop the insole, which is covered almost entirely in perforations.

For a closer look at the Air Force 1 “Fresh,” see below. Currently, no firm release date has been set, but more details are sure to surface within the next few months.

In other news, Nike just debuted the Air Max 90 We’ll Take It From Here. 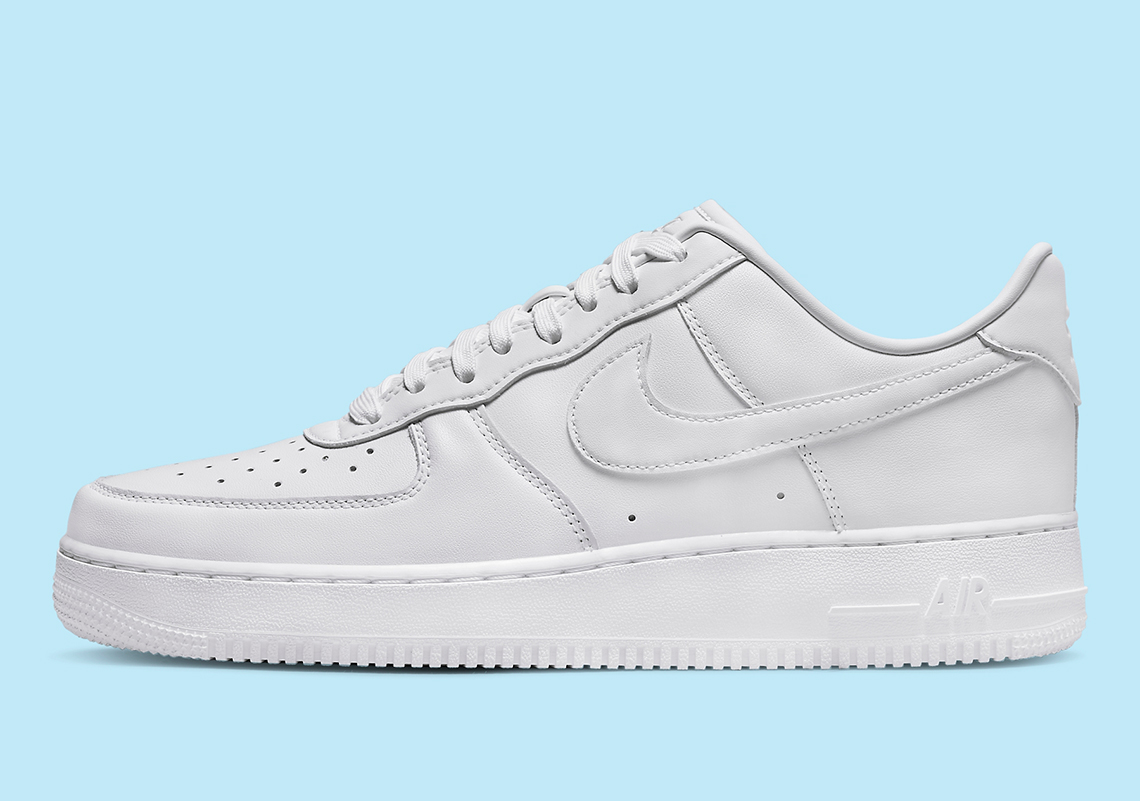 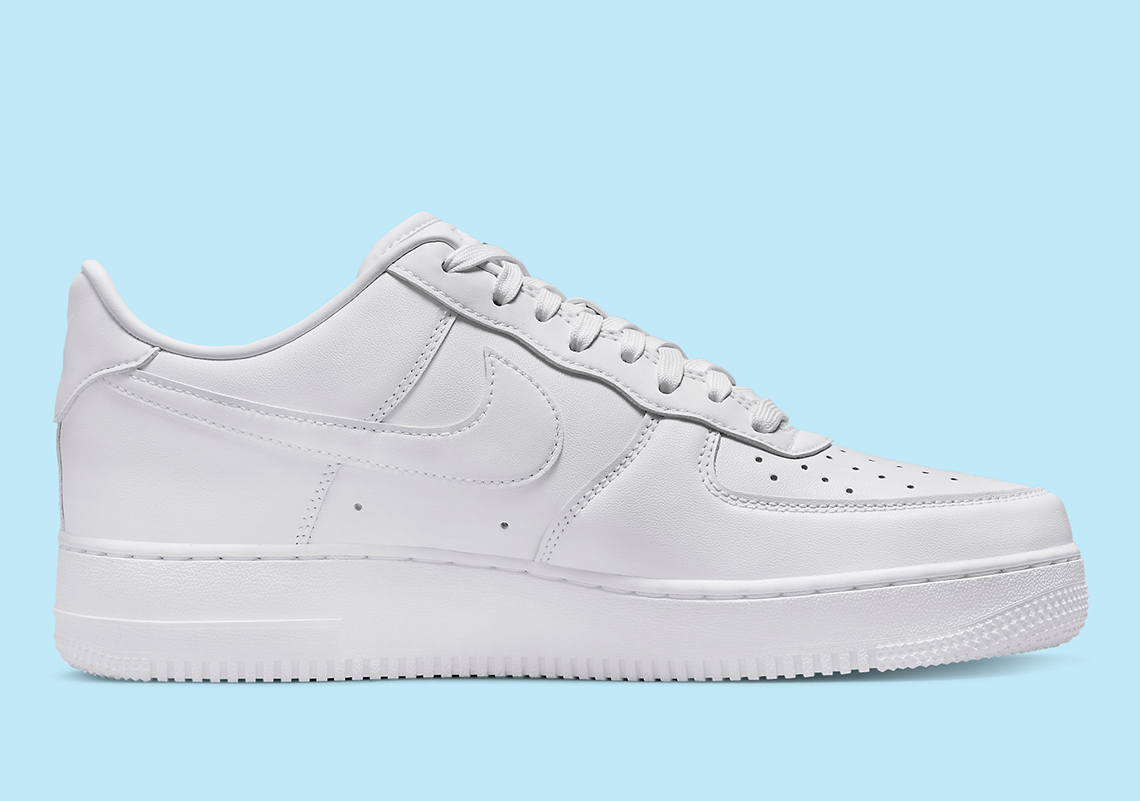 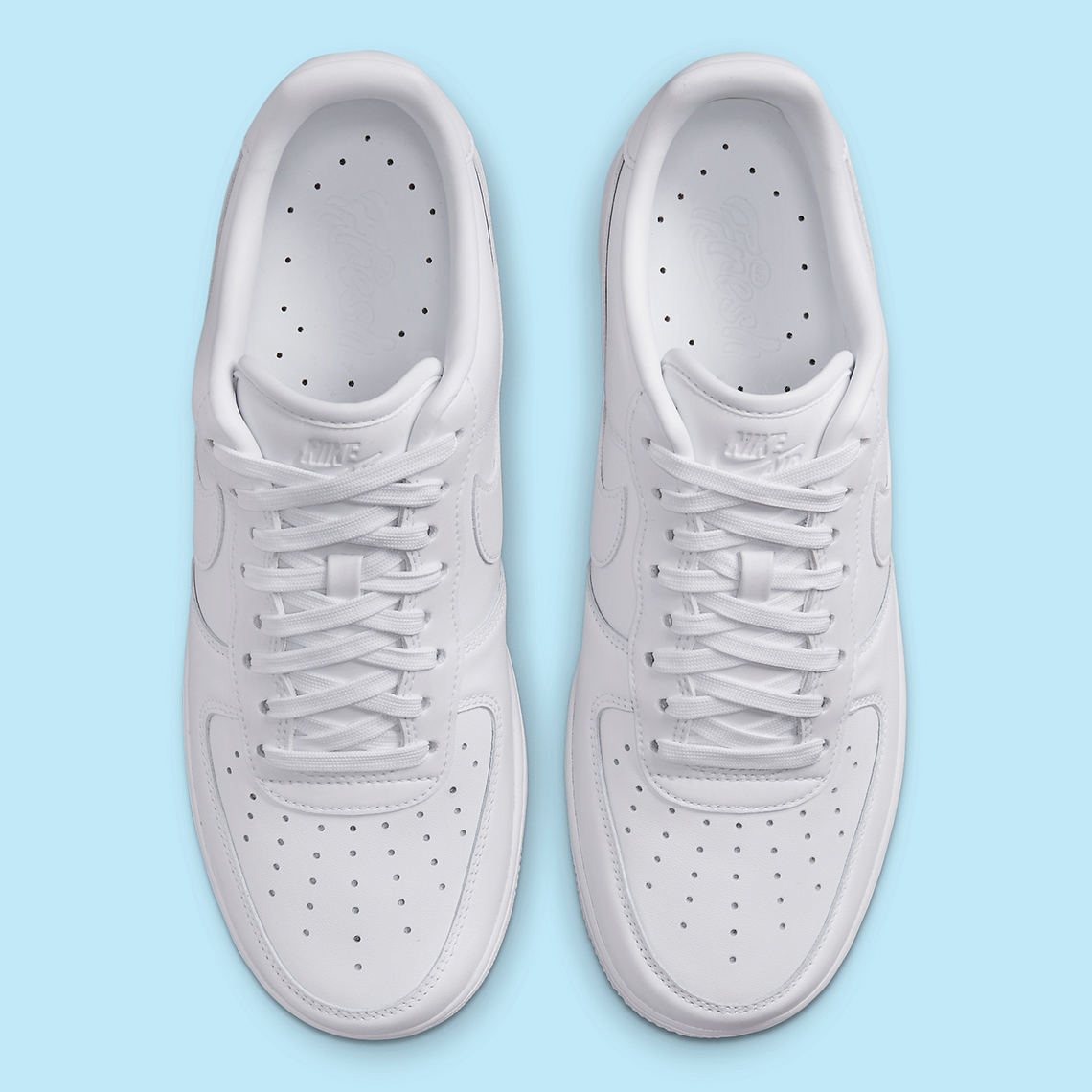 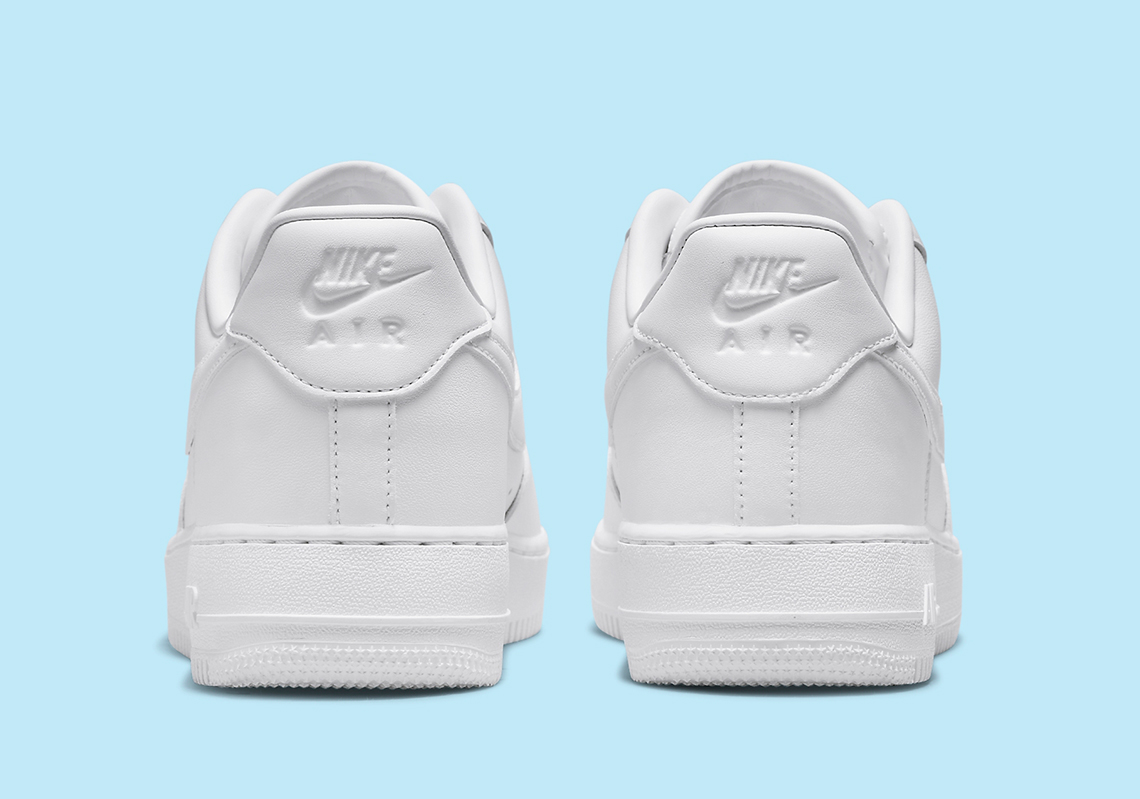 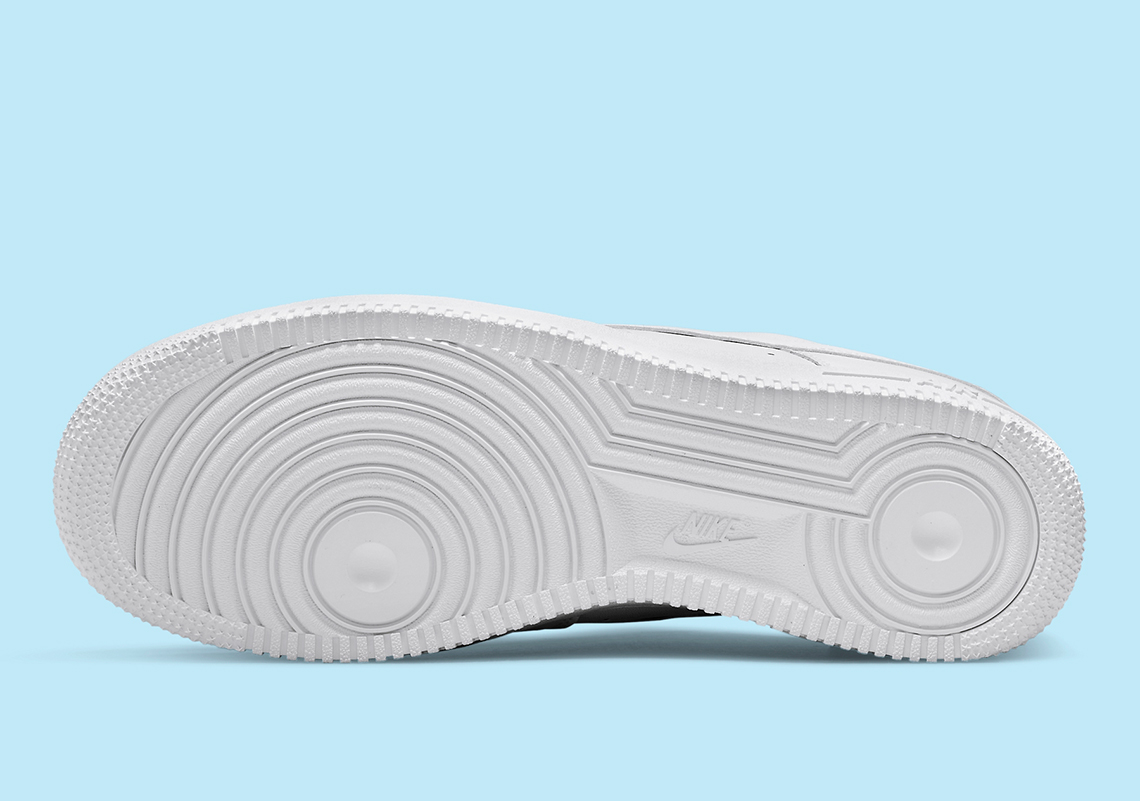 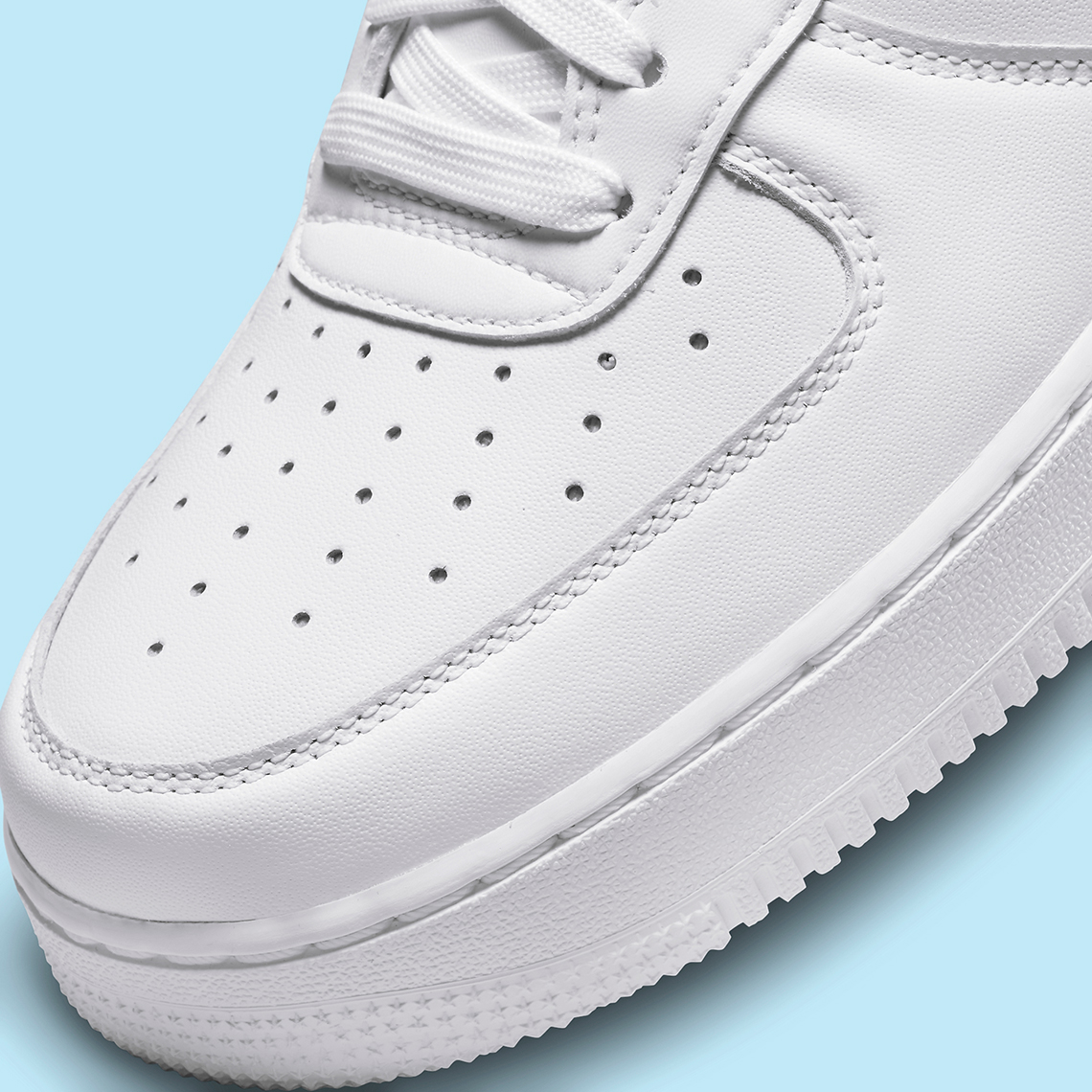 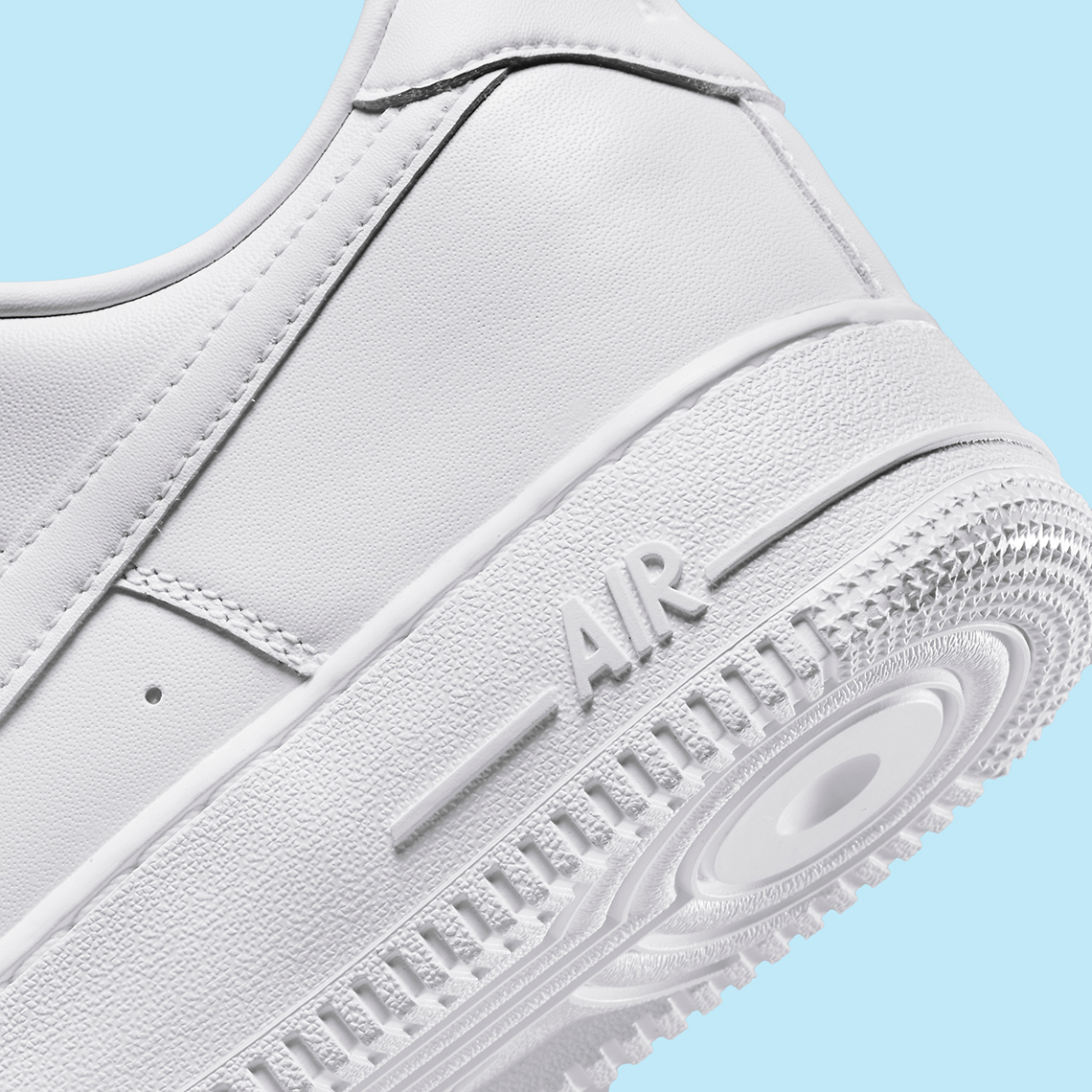 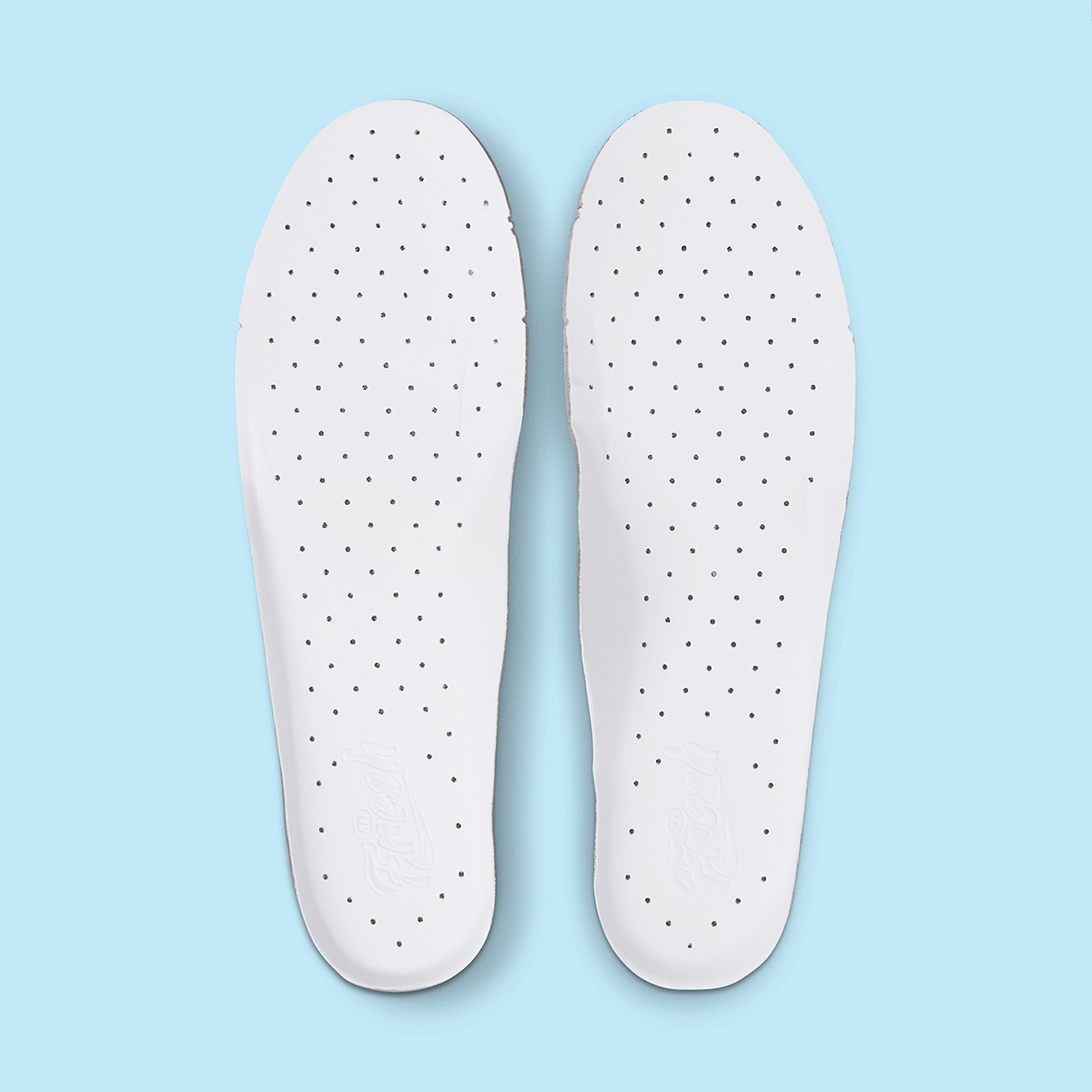