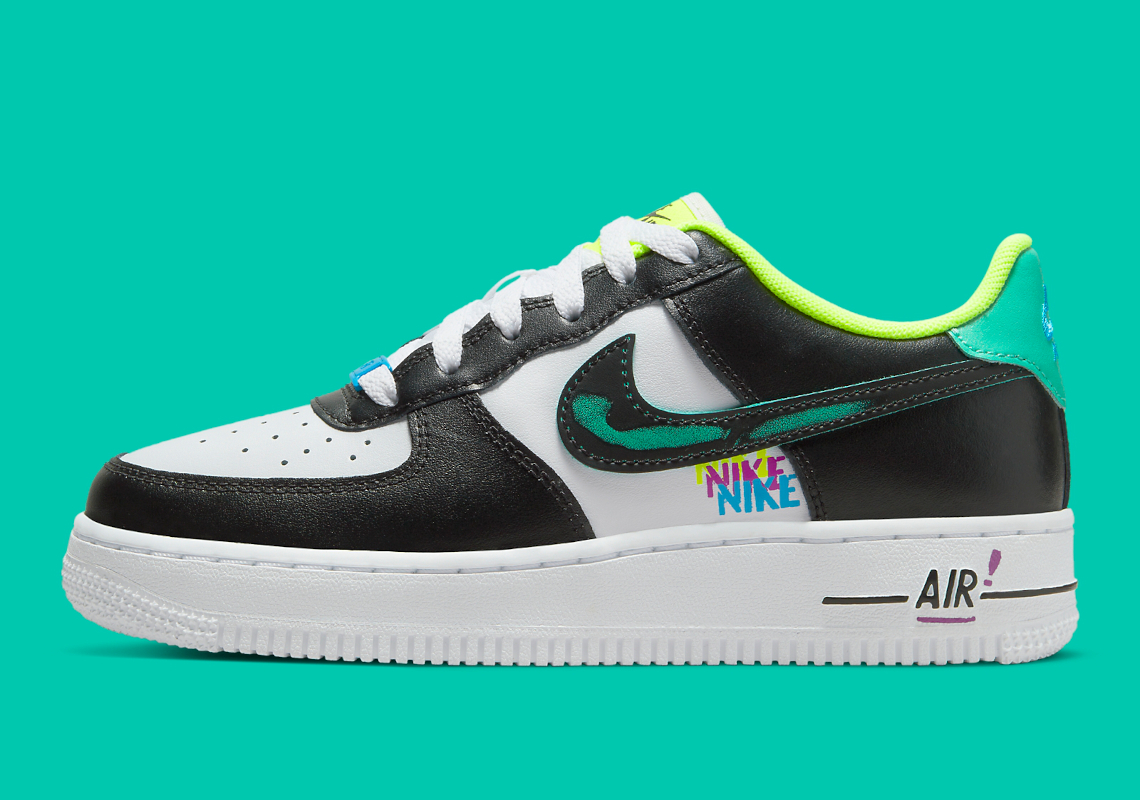 It’s no secret that the Nike Air Force 1 Low is rooted in basketball. For the model’s 40th anniversary, however, the sneaker hasn’t only paid homage to the sport that made it, but also the adjacent culture and cities in which it was cultivated to become a global icon. Recently, a kid’s-exclusive pair surfaced with graffiti-inspired details.

Akin to the ever-popular Nike Dunk “Panda,” the upcoming take on Bruce Kilgore’s 1982 design features a “White” base and “Black”-colored overlays throughout the upper. Profile swooshes opt for a pitch-dark tone, but they don a streak of slime green flair; upper heel panels don the same contrasting hue. Lace dubraes and collars introduce blue and lime colors into the mix, respectively, furthering along the Air Force 1‘s experimental arrangement. Lateral mid-foot panels and midsoles, however, indulge in some of the most thematic details of the pair, as the former features stacked, stencil-like “NIKE” text, while the latter adds a spray painted “!” to the famous “AIR”-branding that nods to the silhouette’s enclosed Air unit.

Enjoy official images of the kid’s pair ahead, and anticipate a Nike.com launch as summer inches closer. 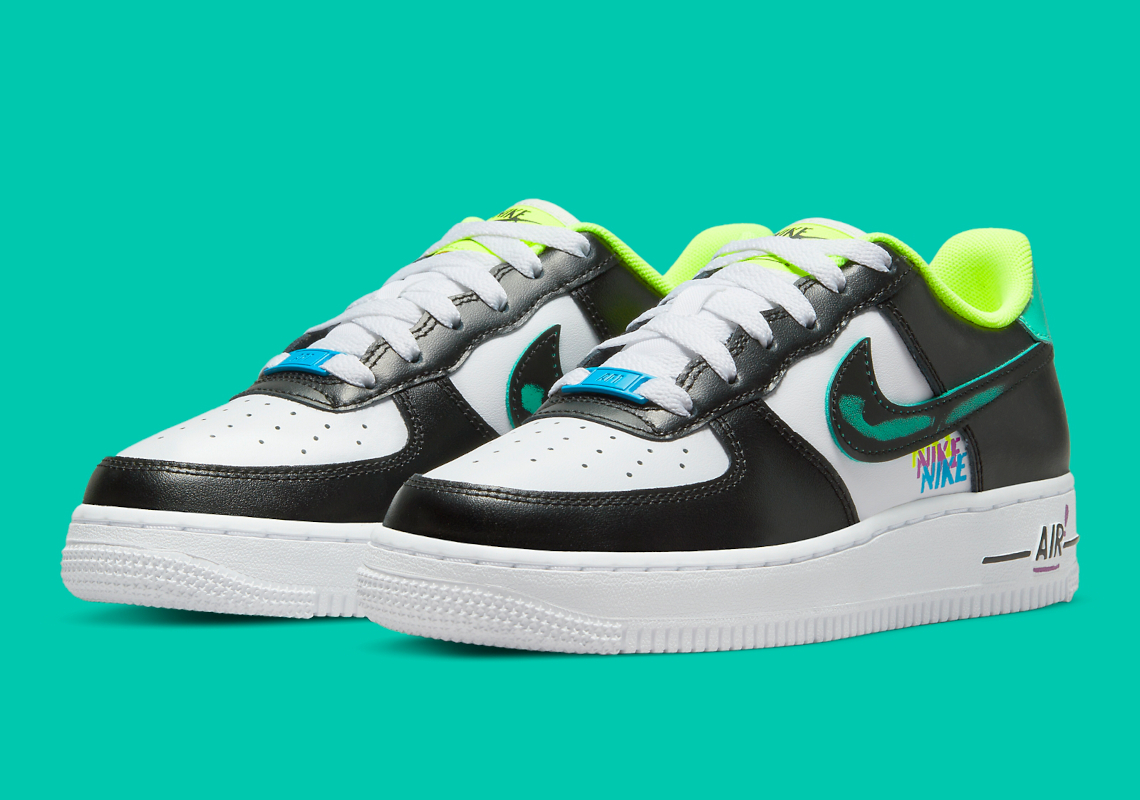 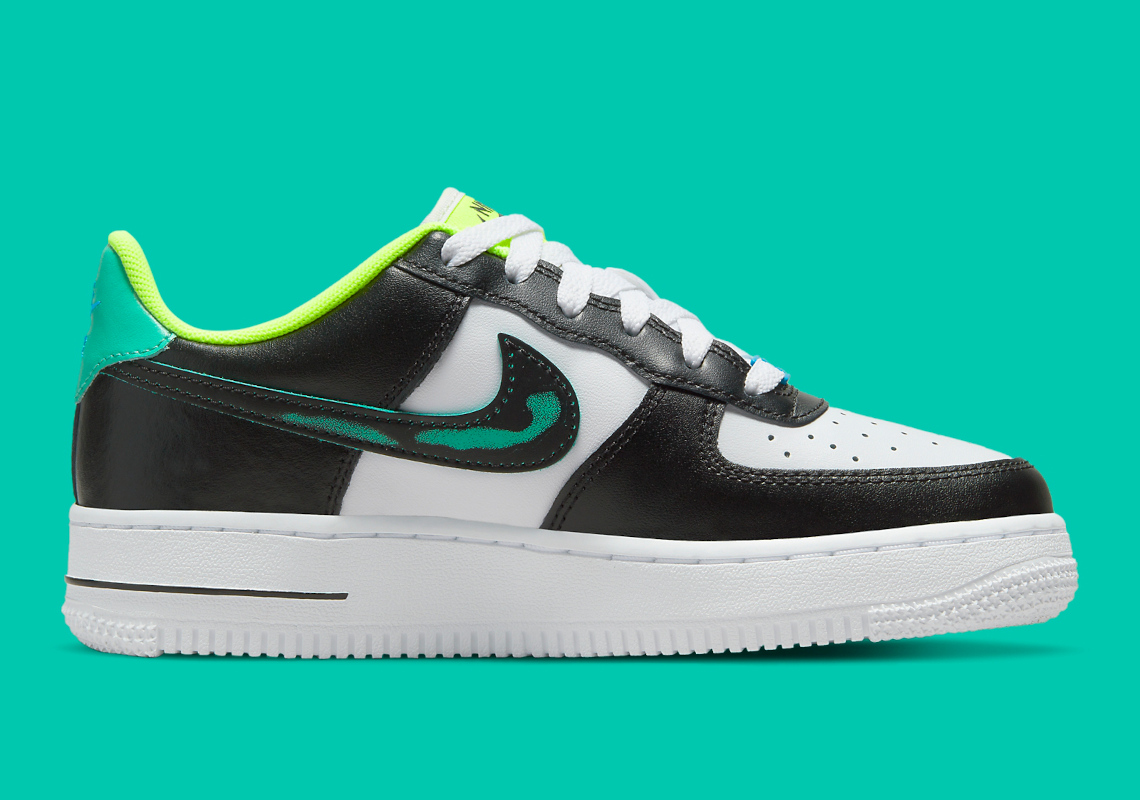 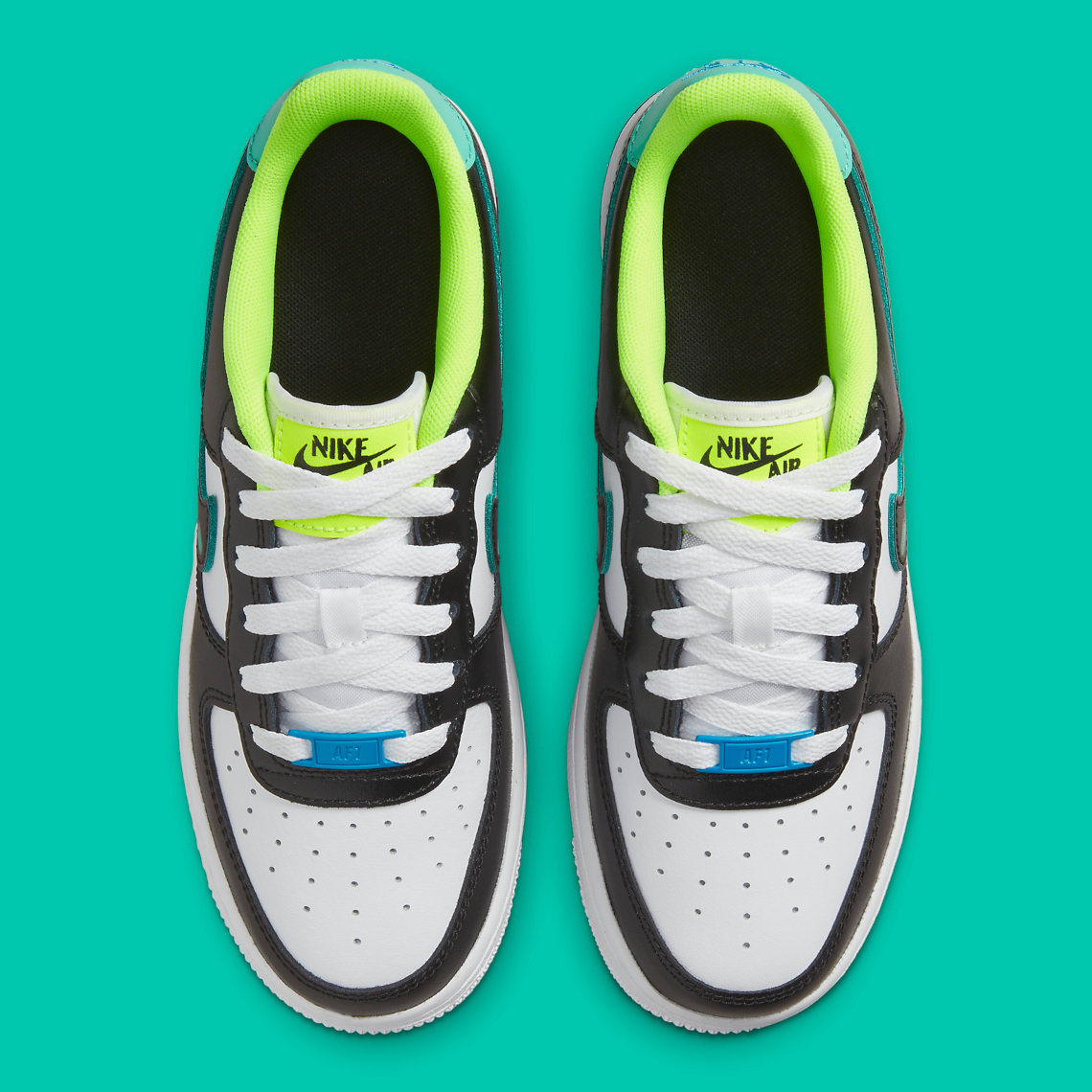 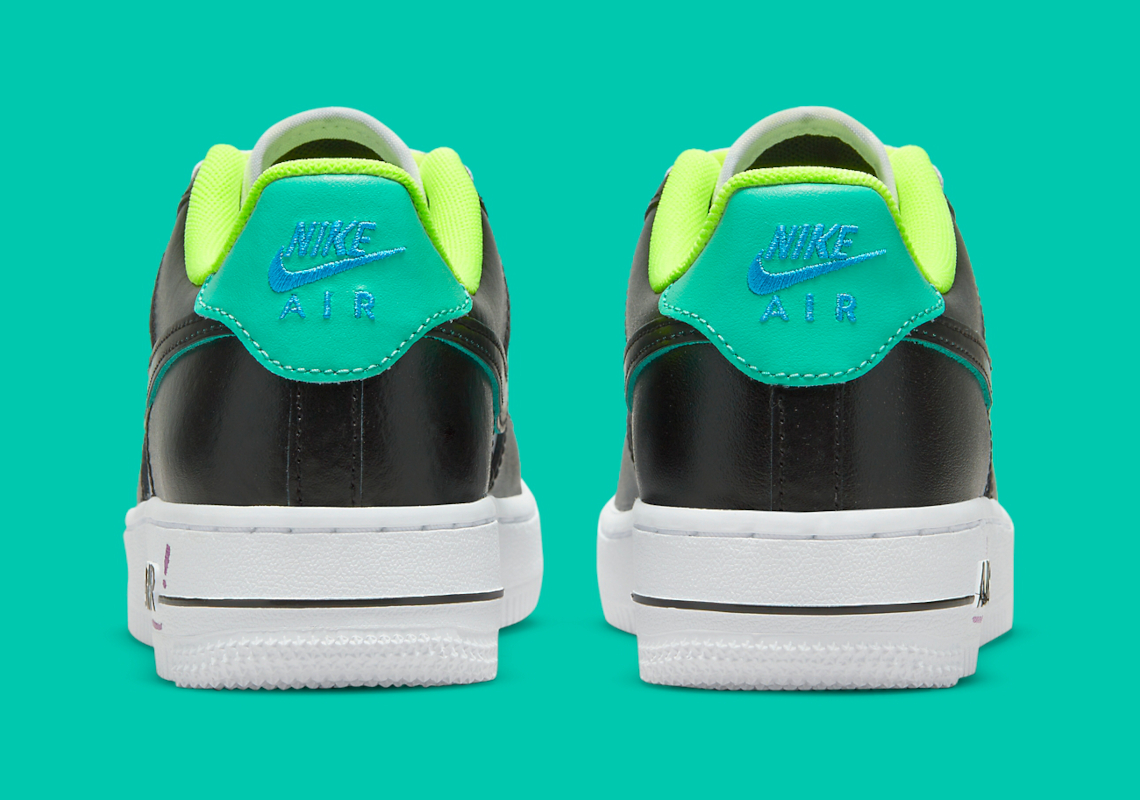 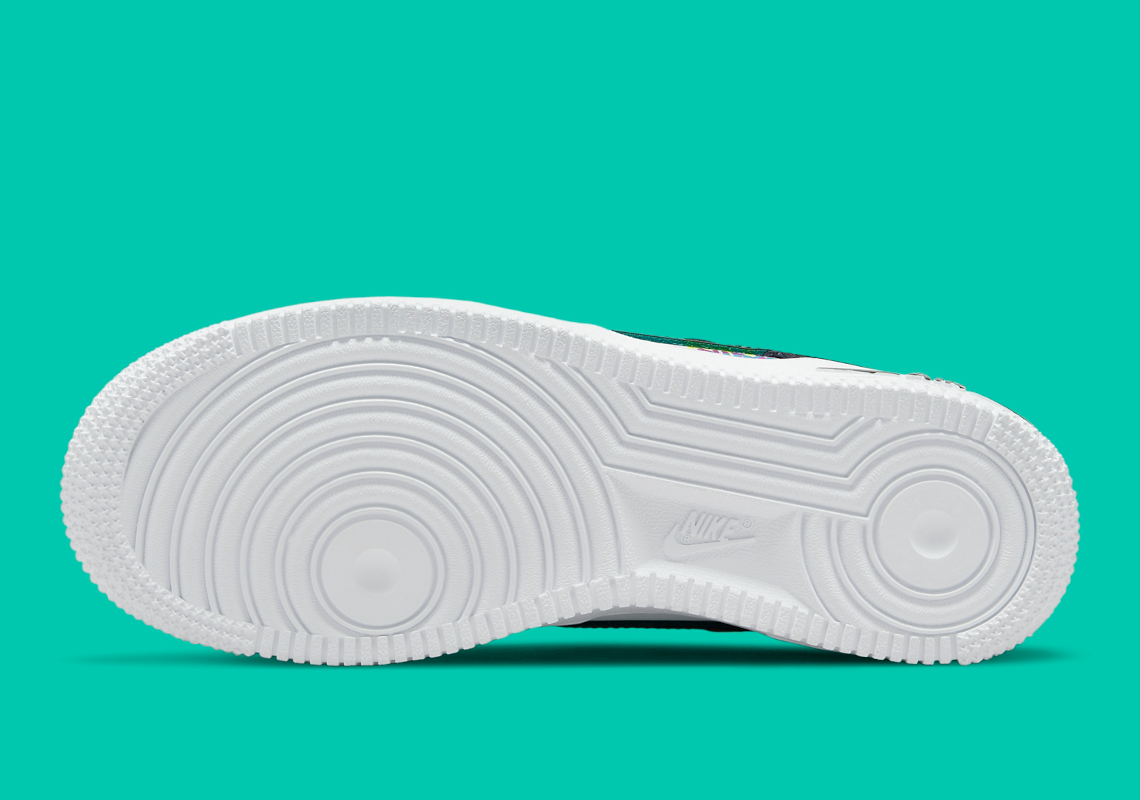 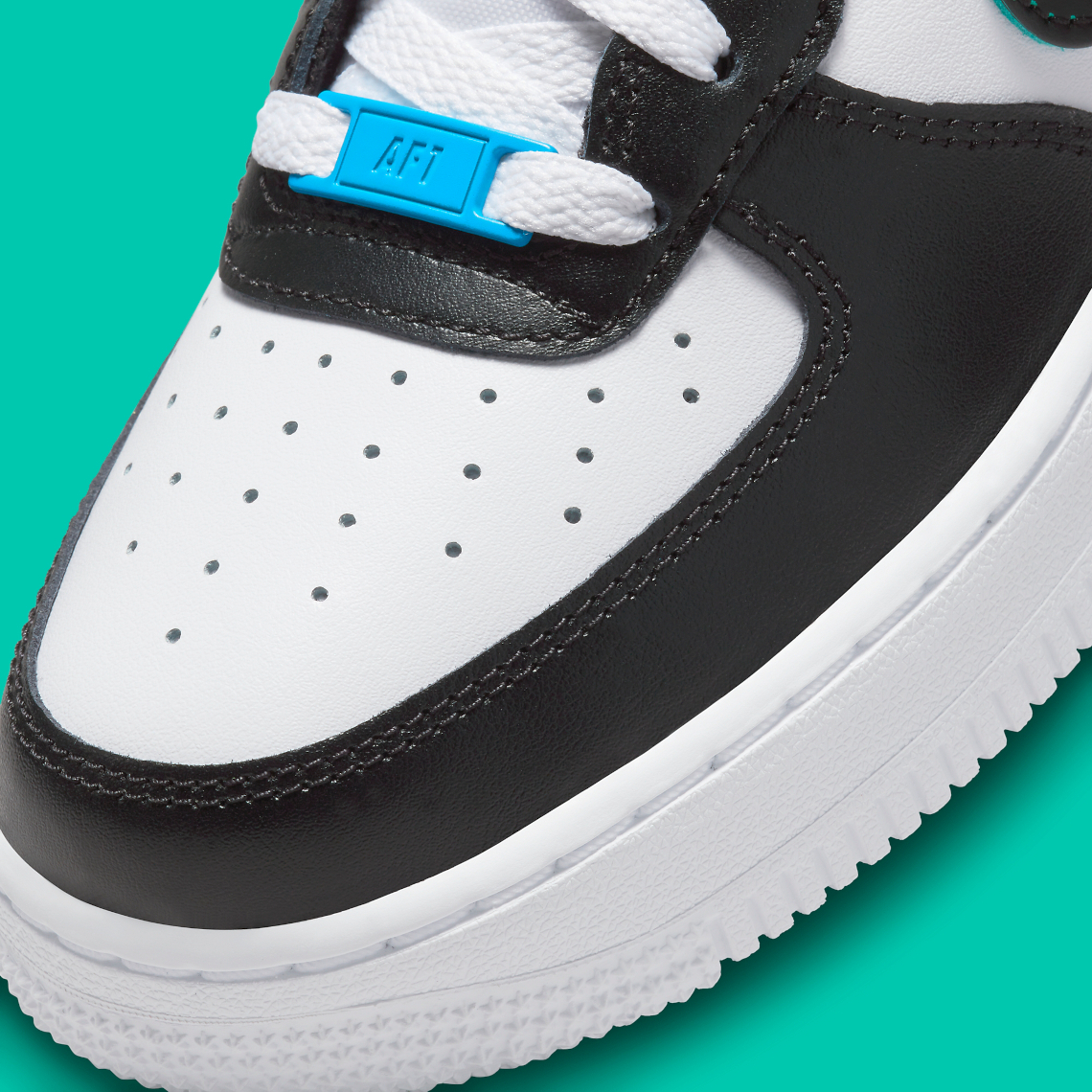 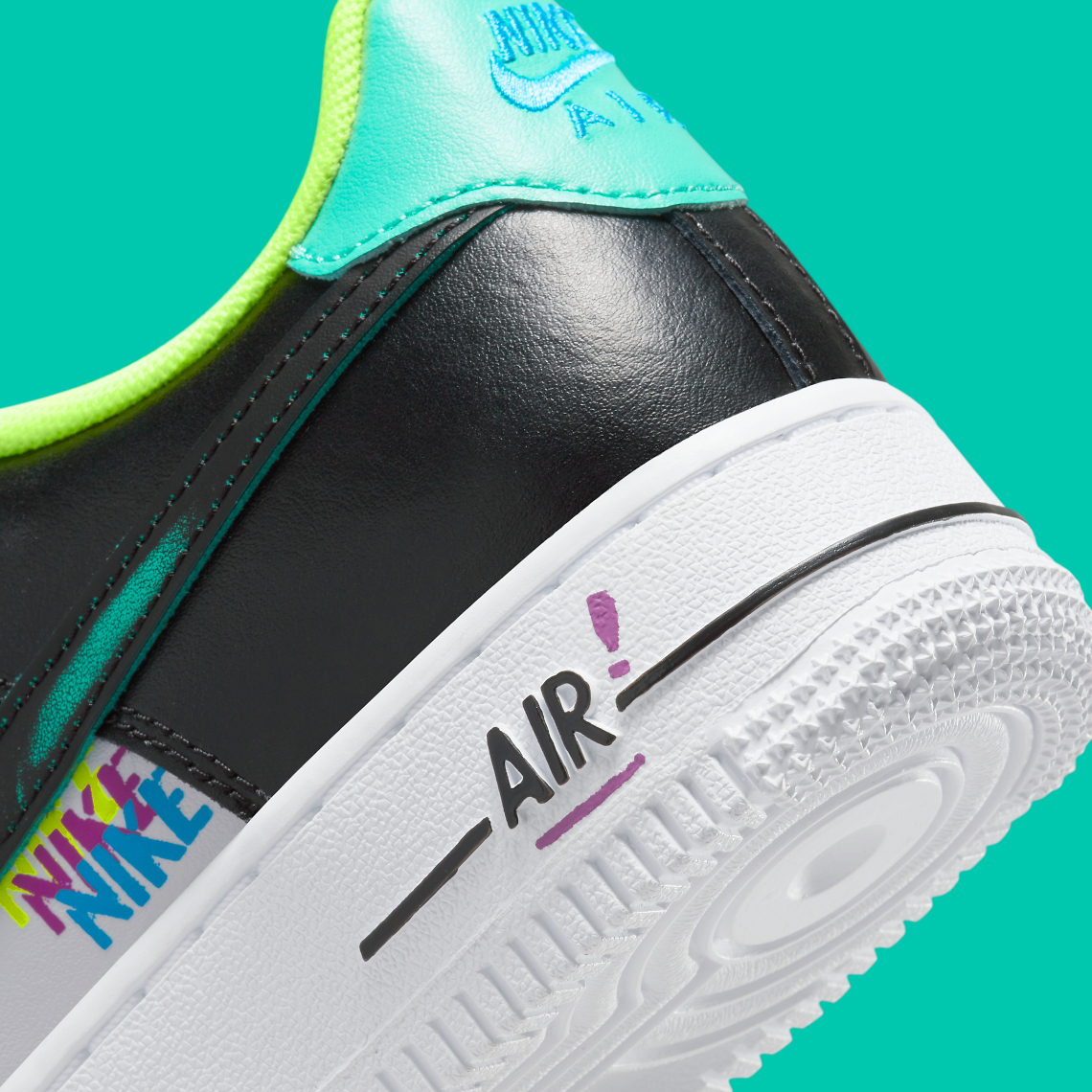