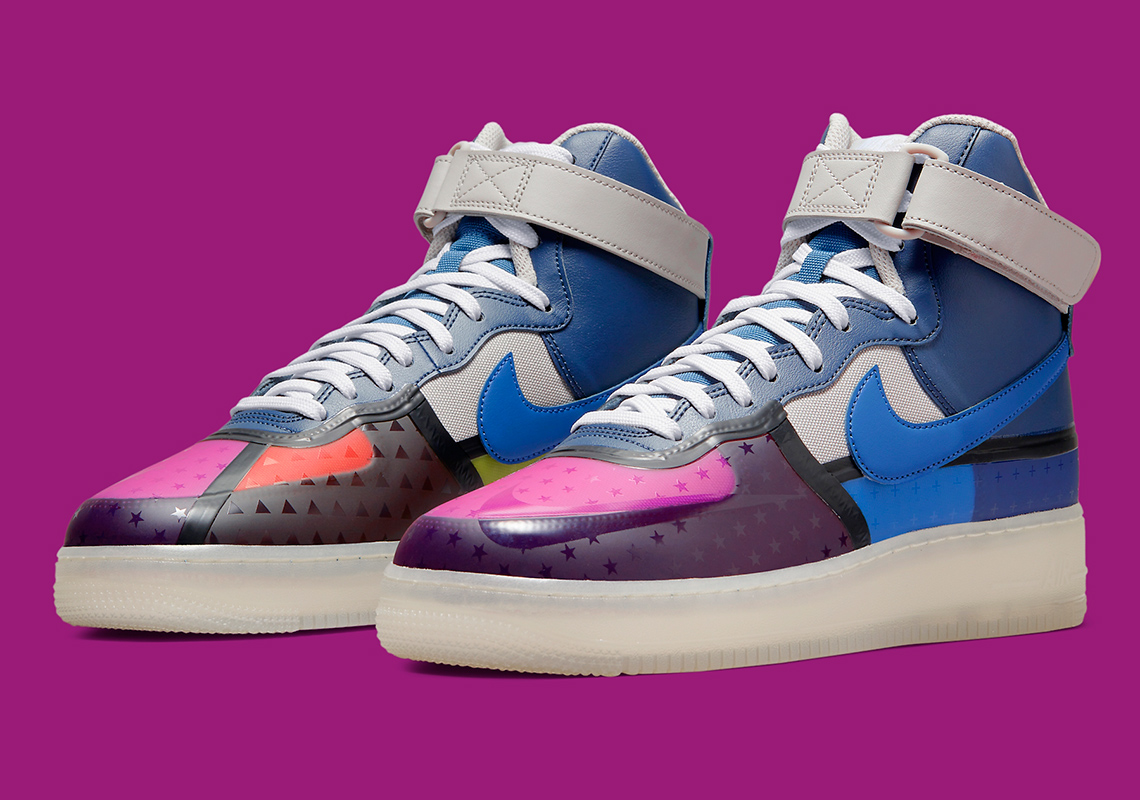 So far, Nike has celebrated the Air Force 1’s 40th Anniversary most with its low-top trim. But Highs, too, have gradually begun to surface, with Billie Eilish among one of the model’s most recent cosigners. And now, additional GR styles are popping up one after another, this pair featuring everything from star-shaped embellishments to taped seams.

As the “PRM” denotes, this Air Force 1 High is not your average offering — the design alone is enough evidence of this. The forefoot, for starters, features an external veil, which effectively applies a shape-clad filter over top; the color is also shifted, as the paneling alternates between a series of vibrant colors. Beyond the rubber tape, which binds said external layer to the shoe, the rest of the construction is relatively standard. Blue leathers dress everything from the eye stays to the Swoosh — combining both dark and light shades — while lighter neutrals mark the canvas mid-panel, strap, and laces.

For a closer look at this AF1 High, check out the official images below. More details about the colorway as well as a release dates should appear soon, so sit tight for further updates.

In other news, Nike revealed their first NFT sneaker: CryptoKicks. 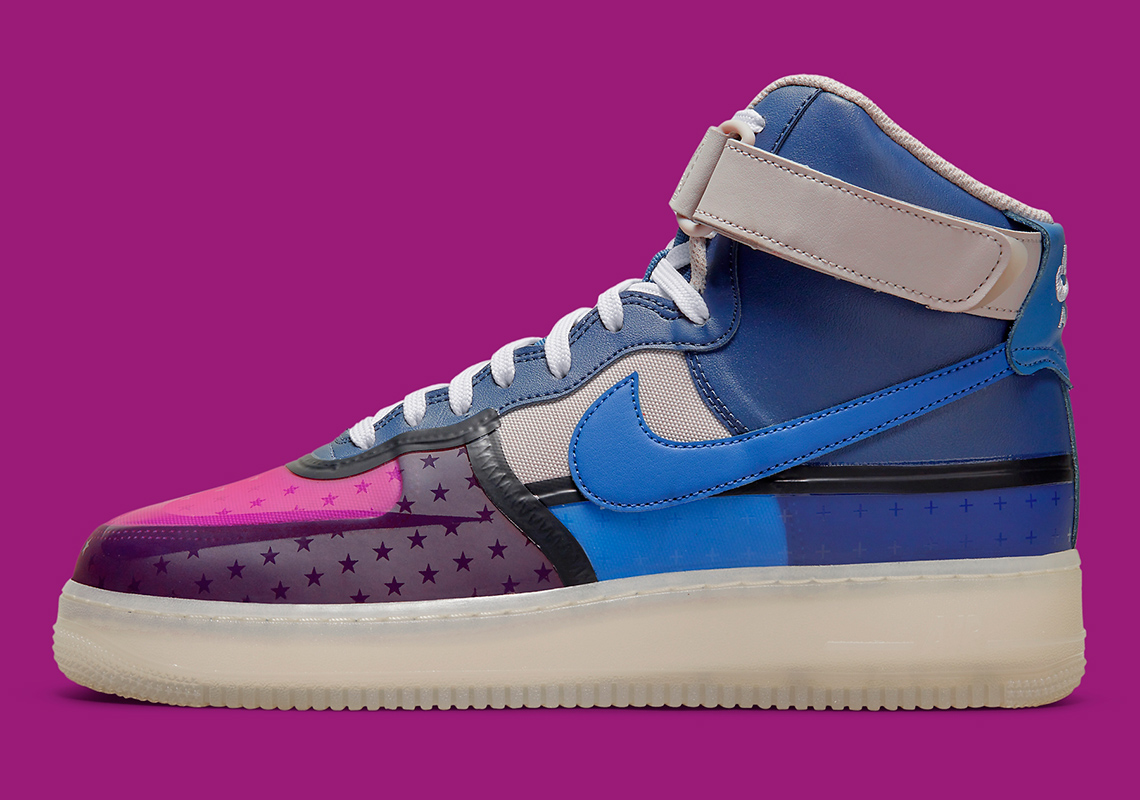 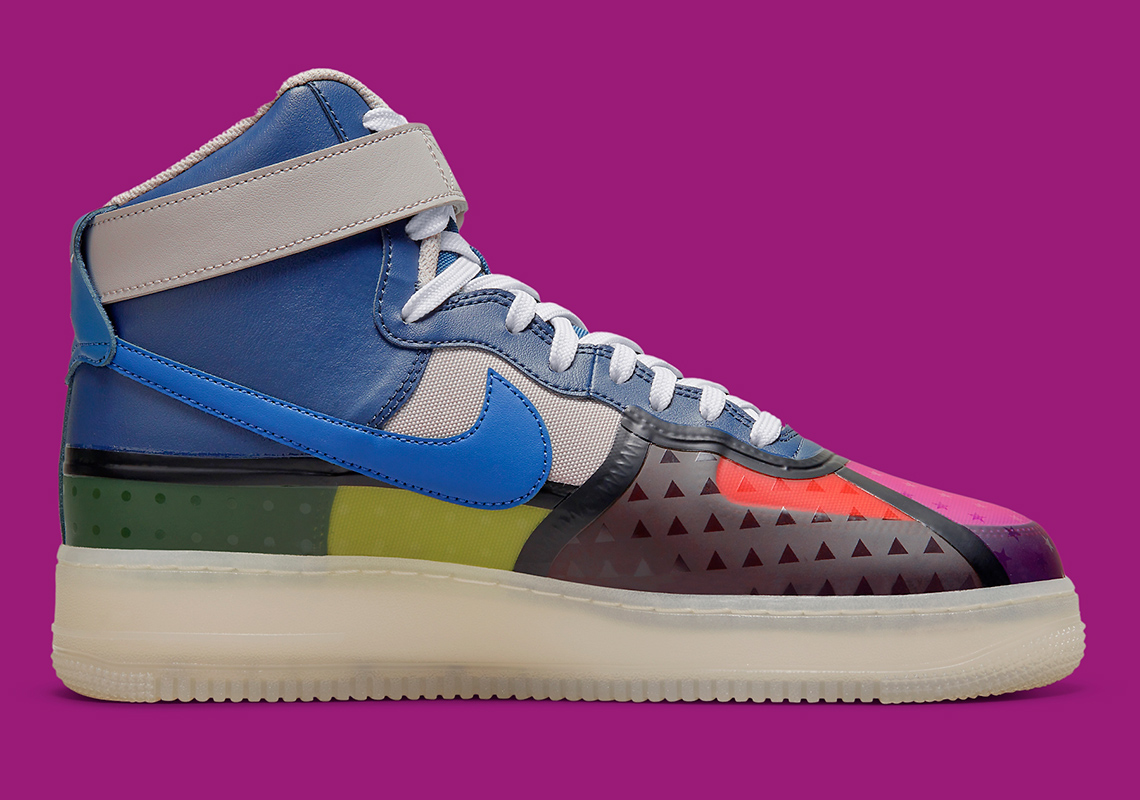 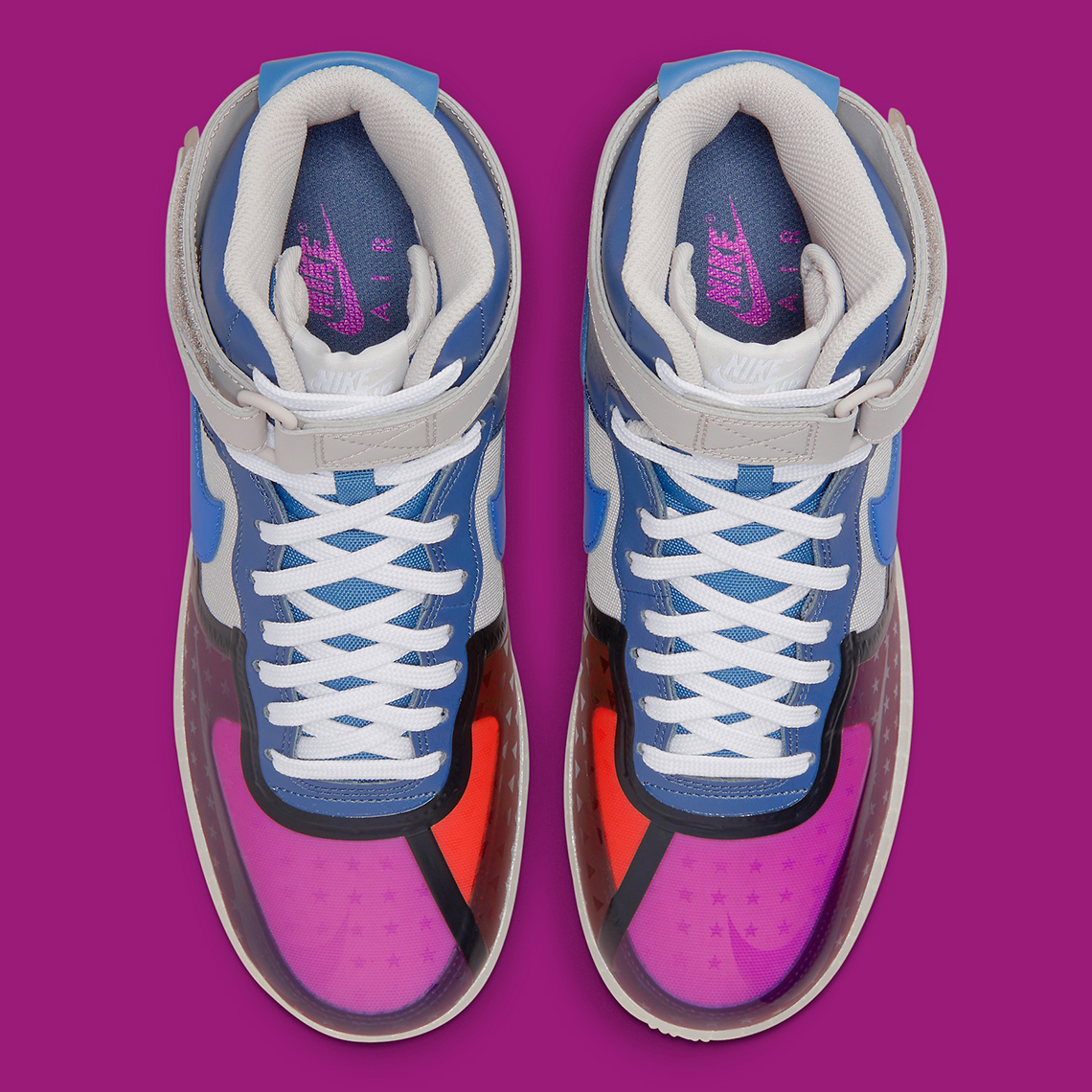 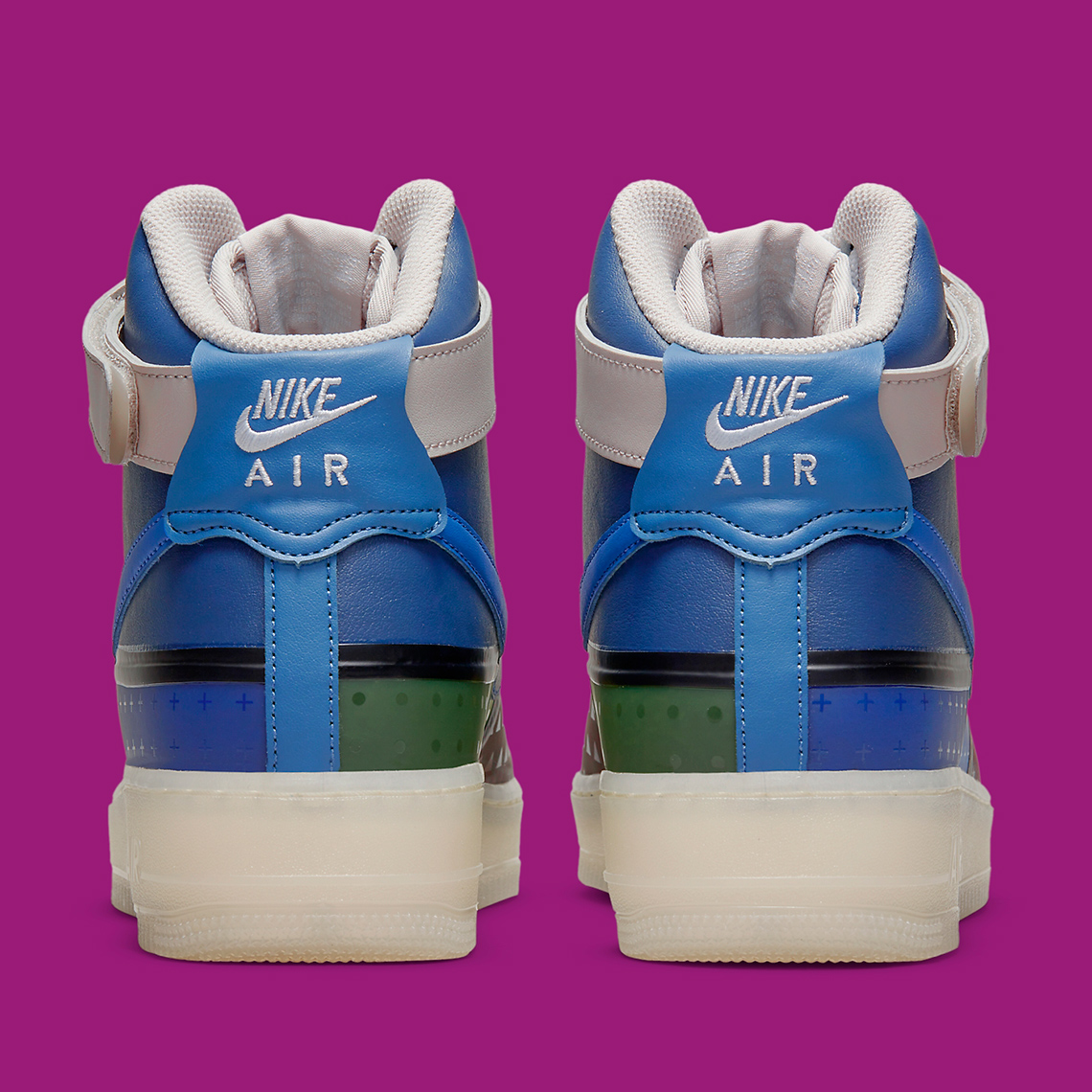 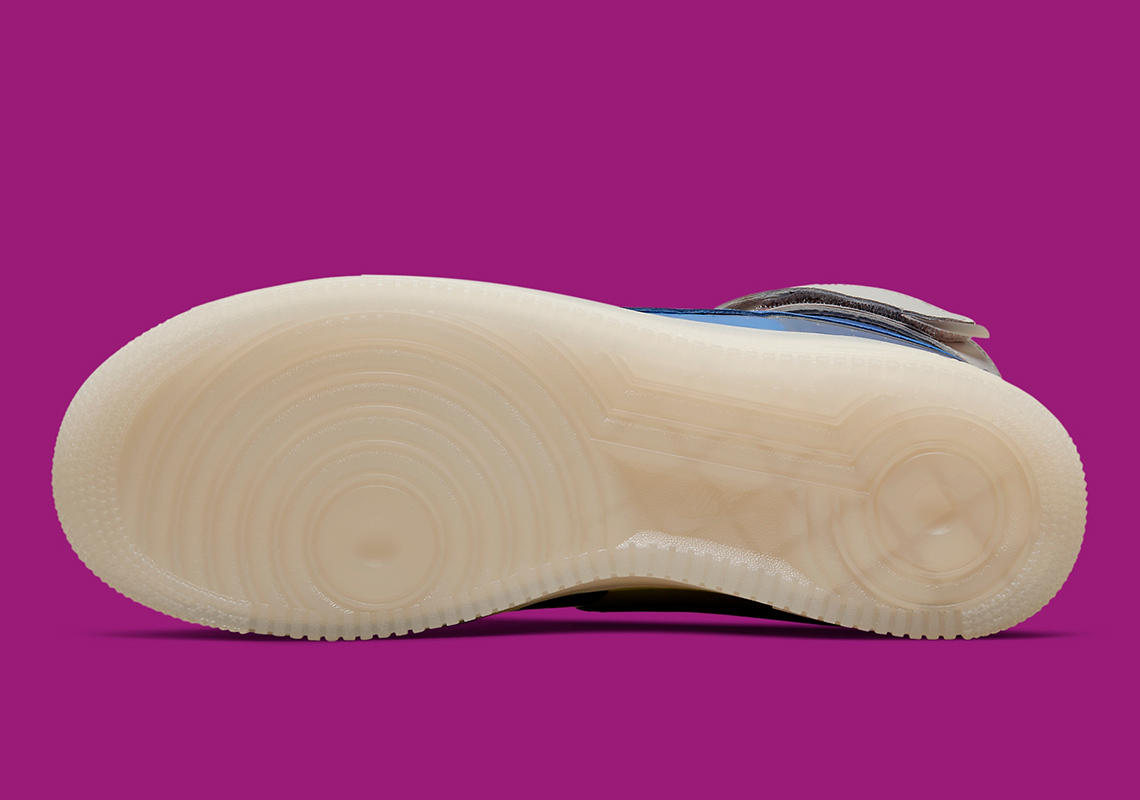 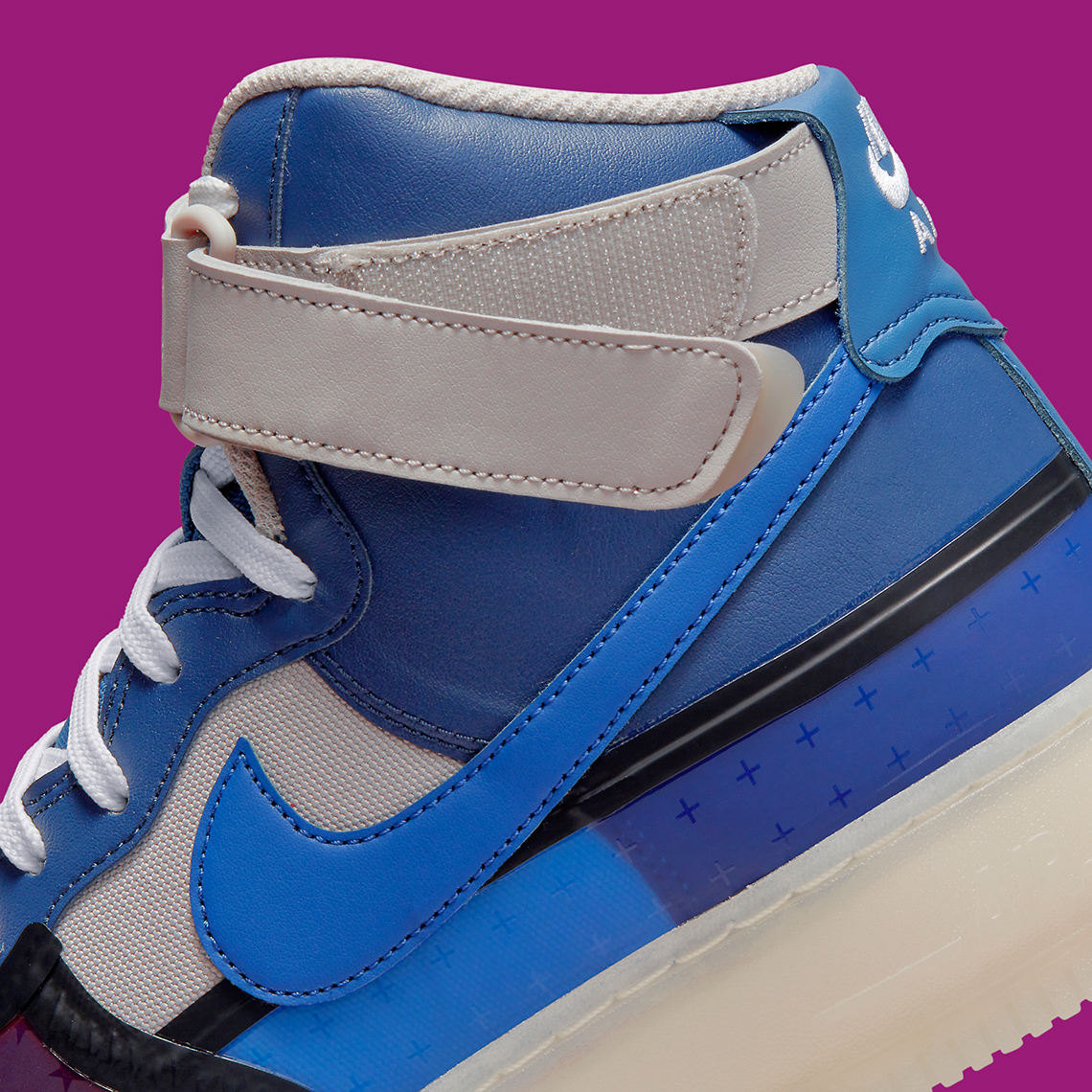 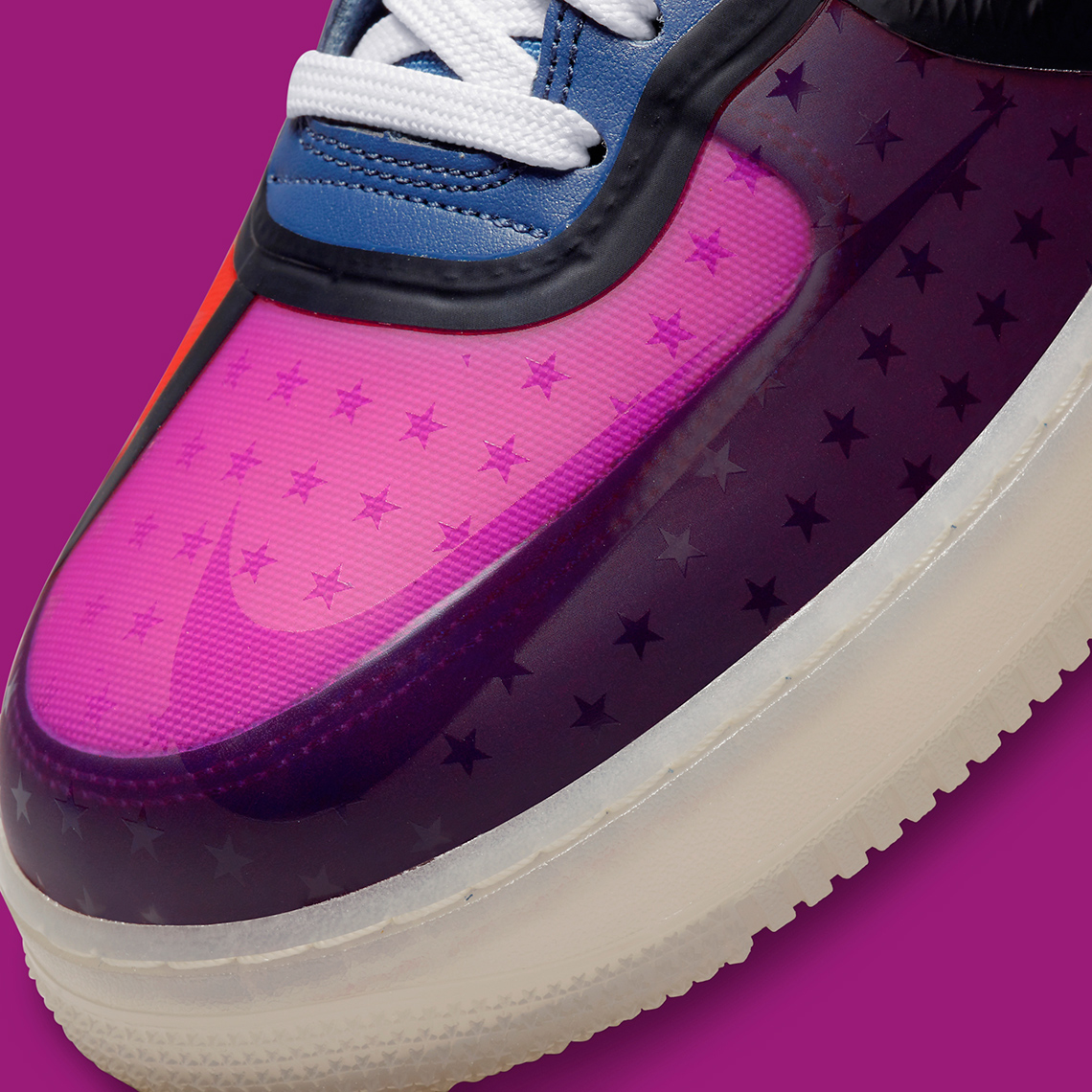 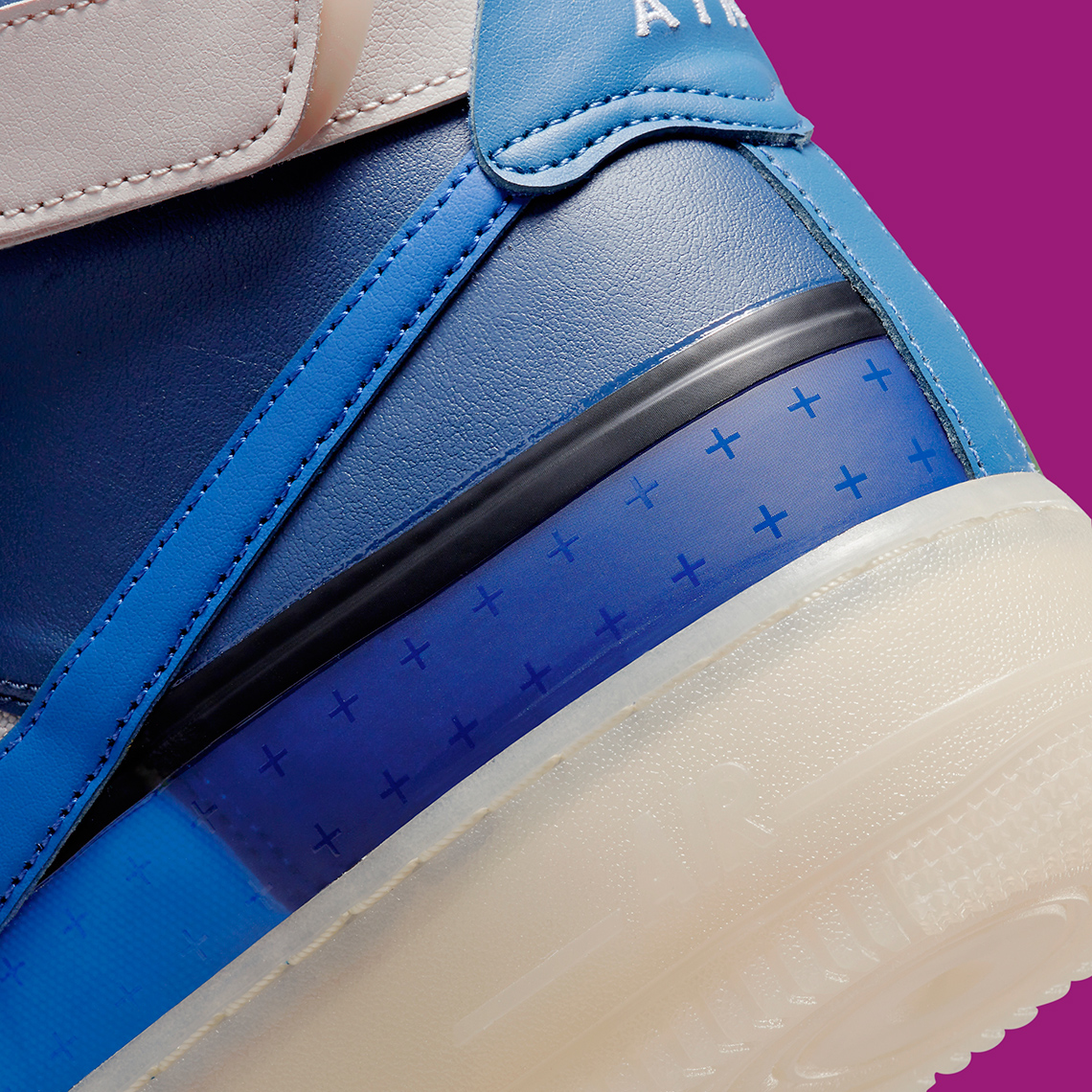