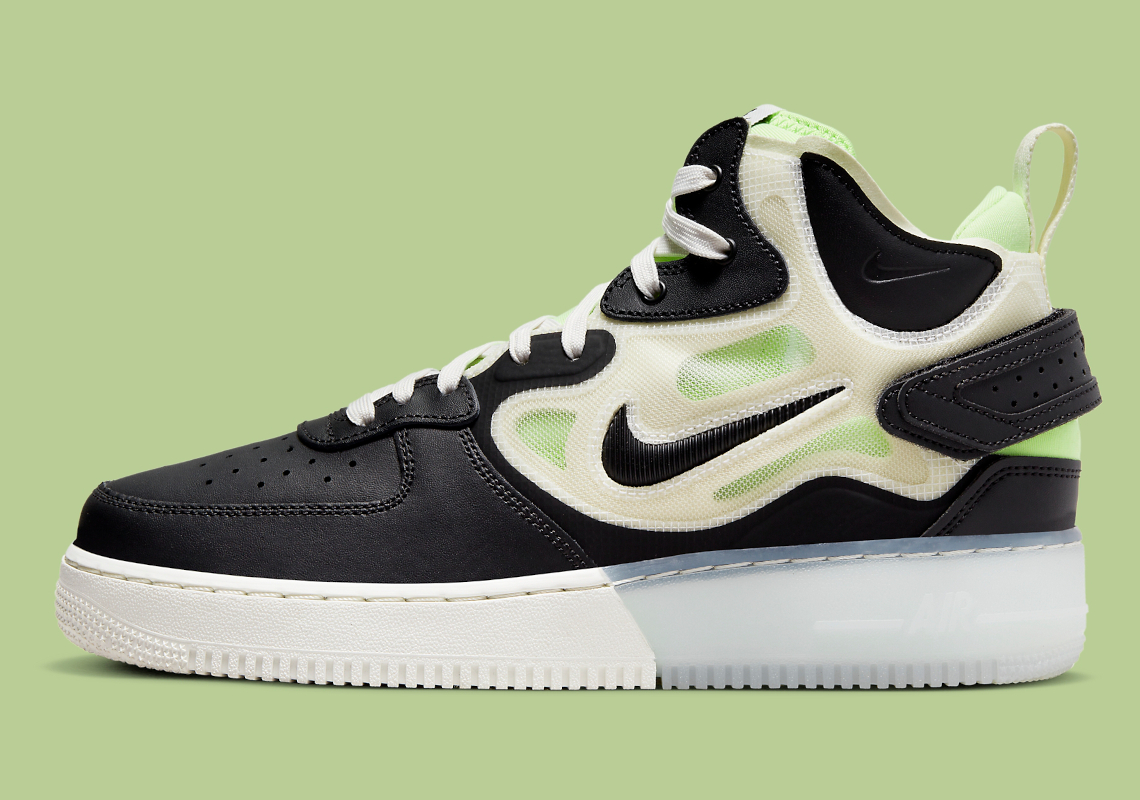 As the Nike Air Force 1 Mid continues to help Bruce Kilgore’s original design celebrate its 40th anniversary, the silhouette keeps experimenting with color palettes and blocking, as well as the iconic blueprint established in 1982.

Recently, the oft-ridiculed trim appeared in one of its more experimental ensembles of recent memory, donning a non-standard mix of textiles and fuse materials from mid-foot to spine. Lockdown straps typically found at the top of the tongue are re-located to the heel, with a pull tab landing just above the reworked component. And while the black and faint neon green-clad upper calls attention on its own due to the re-arranged panels and non-standard materials, the Air Force 1-variant also makes a statement via the Nike React cushioning underfoot. The modern-day foam replaces the original compound employed by the Swoosh, and is visible via the semi-translucent midsole and tread, with the latter area exposing the material underneath the ball of the foot.

Enjoy official images of the pair ahead, and anticipate a Nike.com launch as summer gets going.

For more from the NIKE, Inc. family, check out all Jordan release dates 2022. 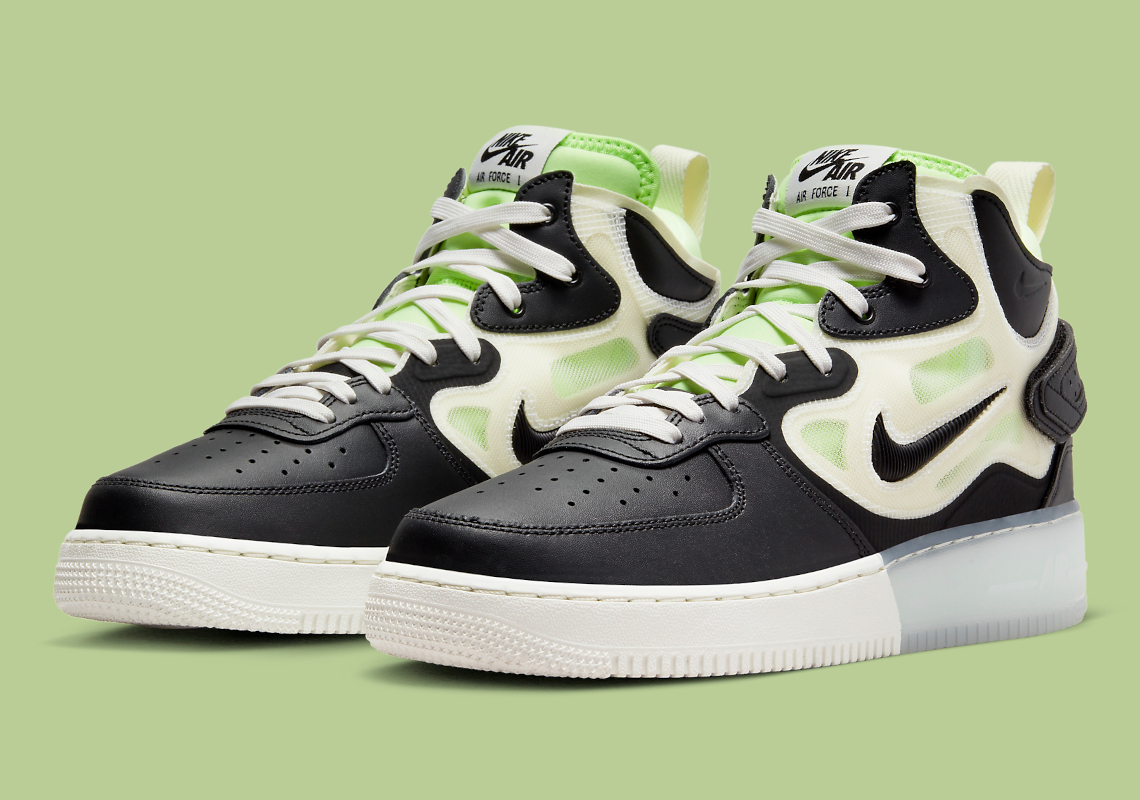 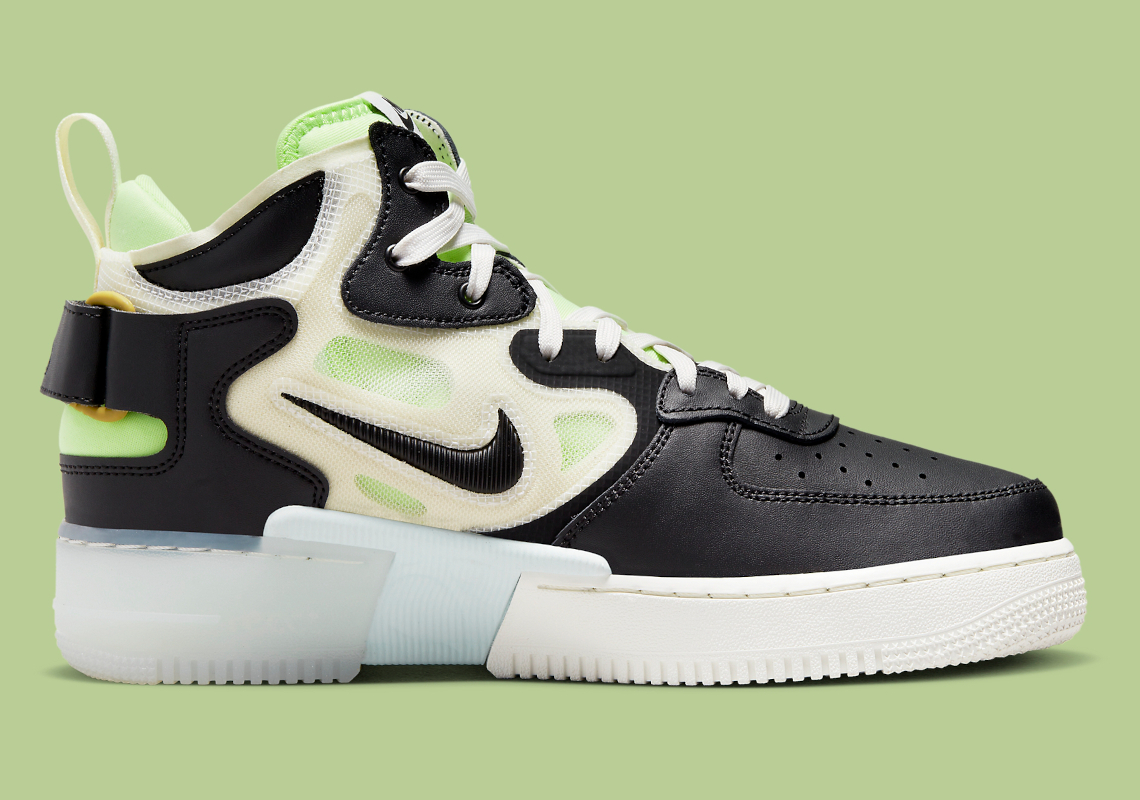 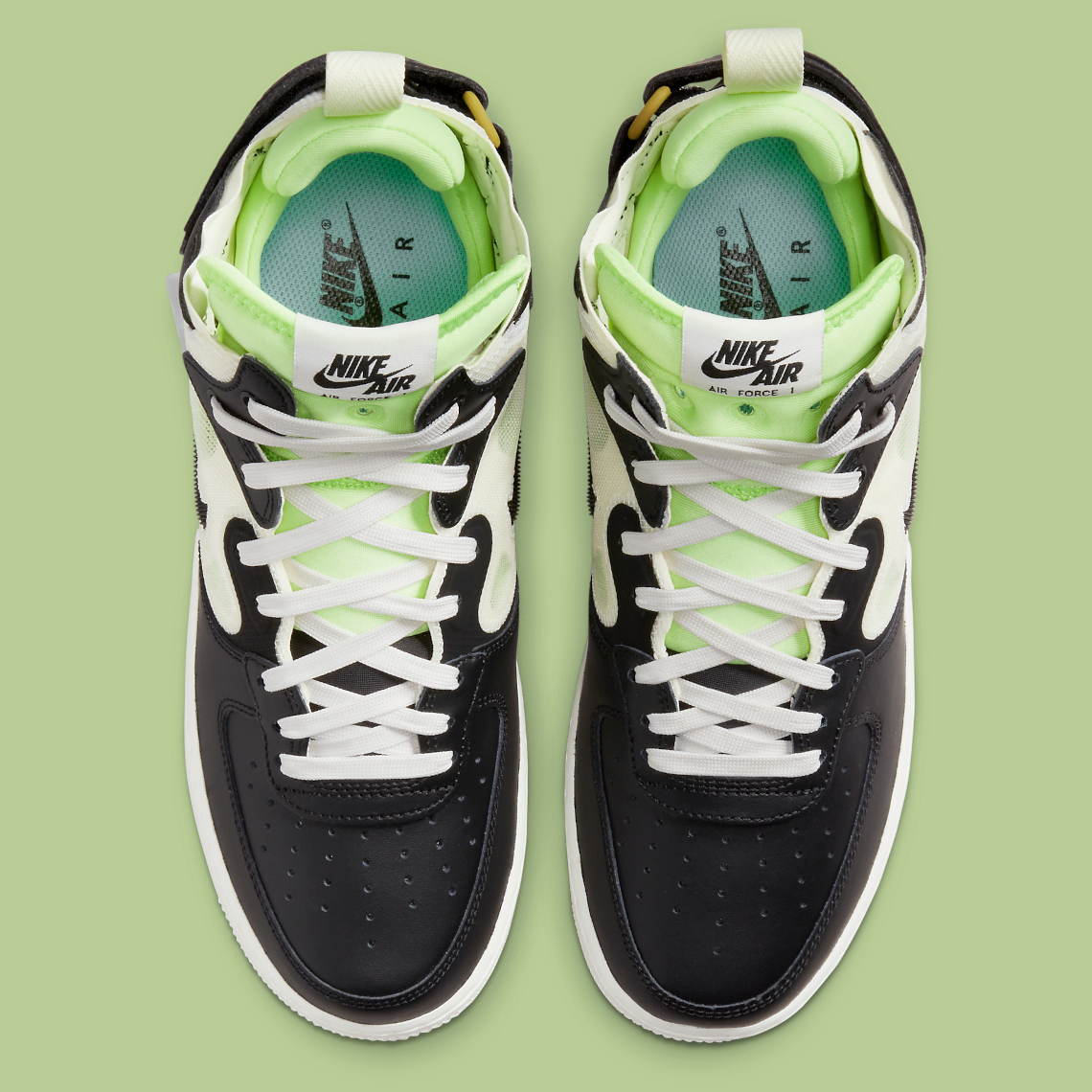 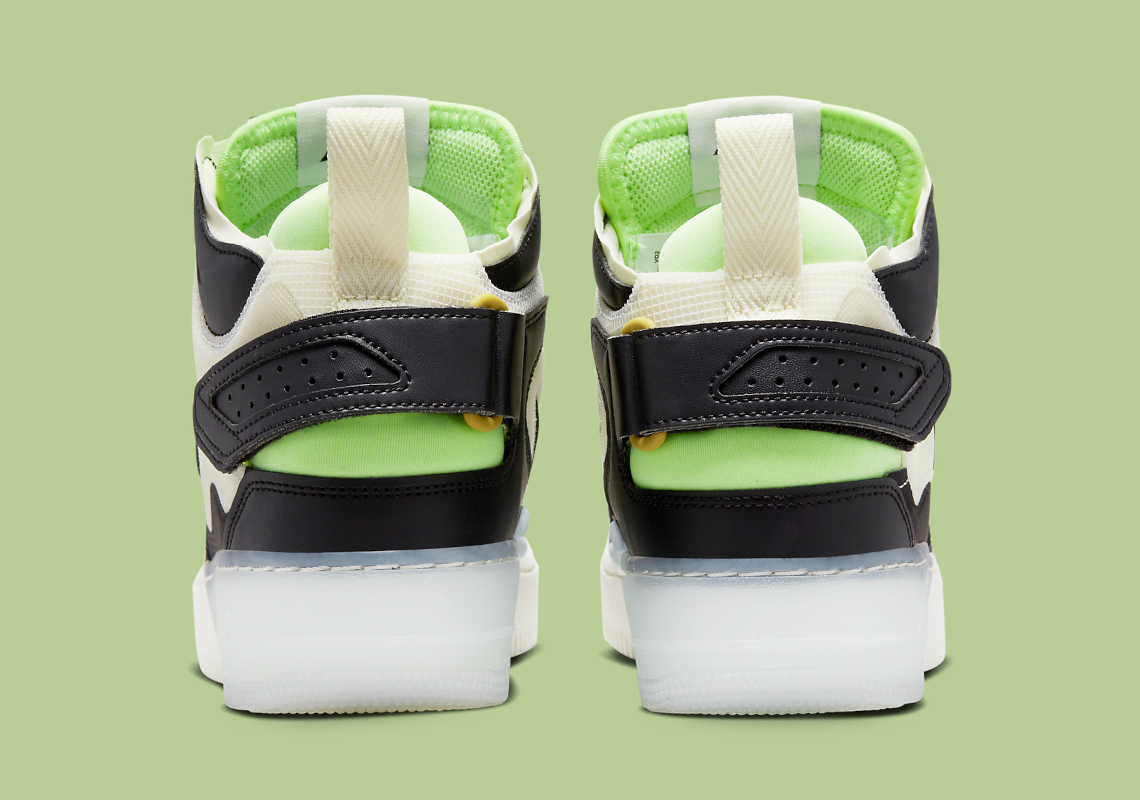 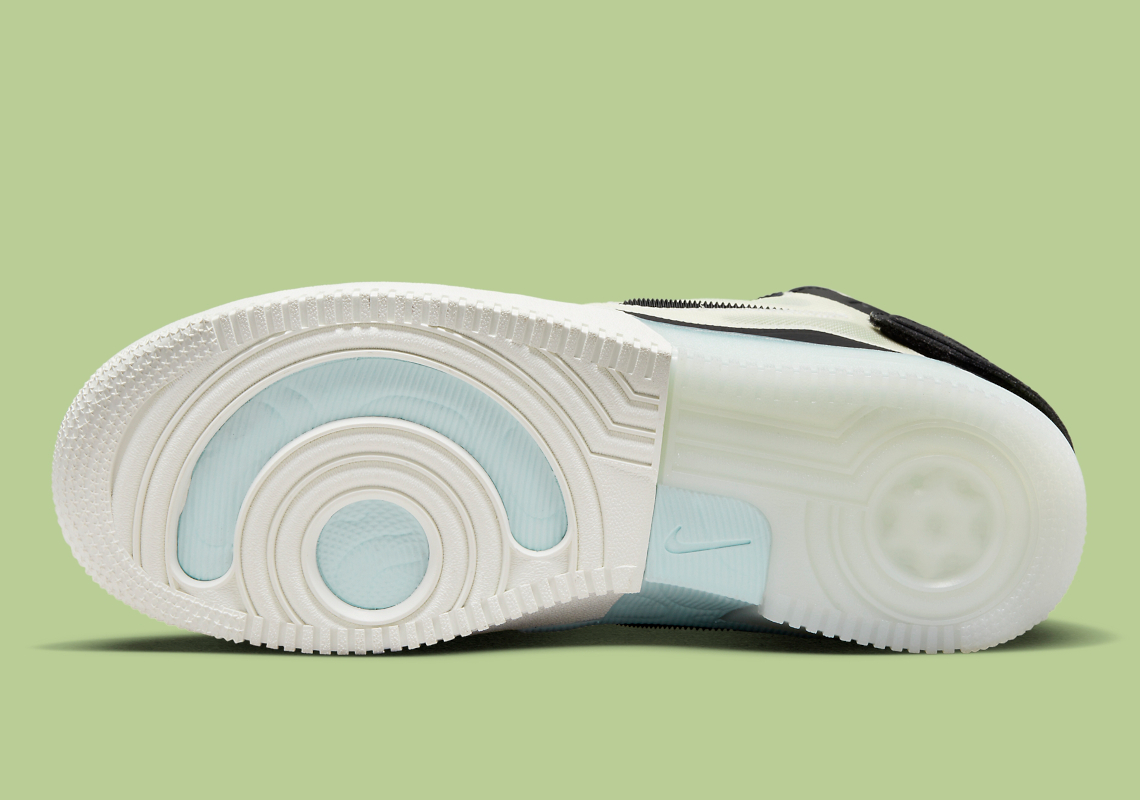 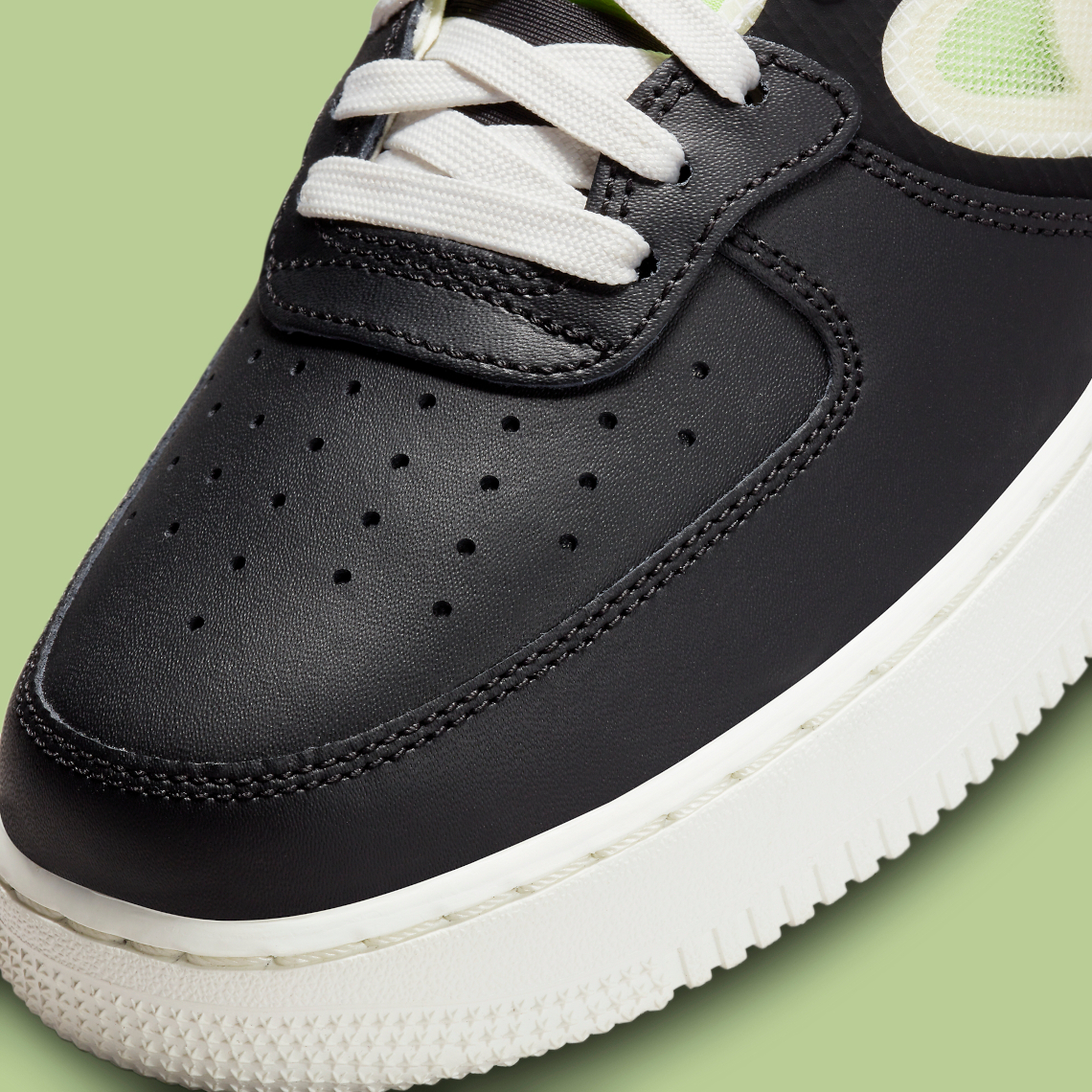 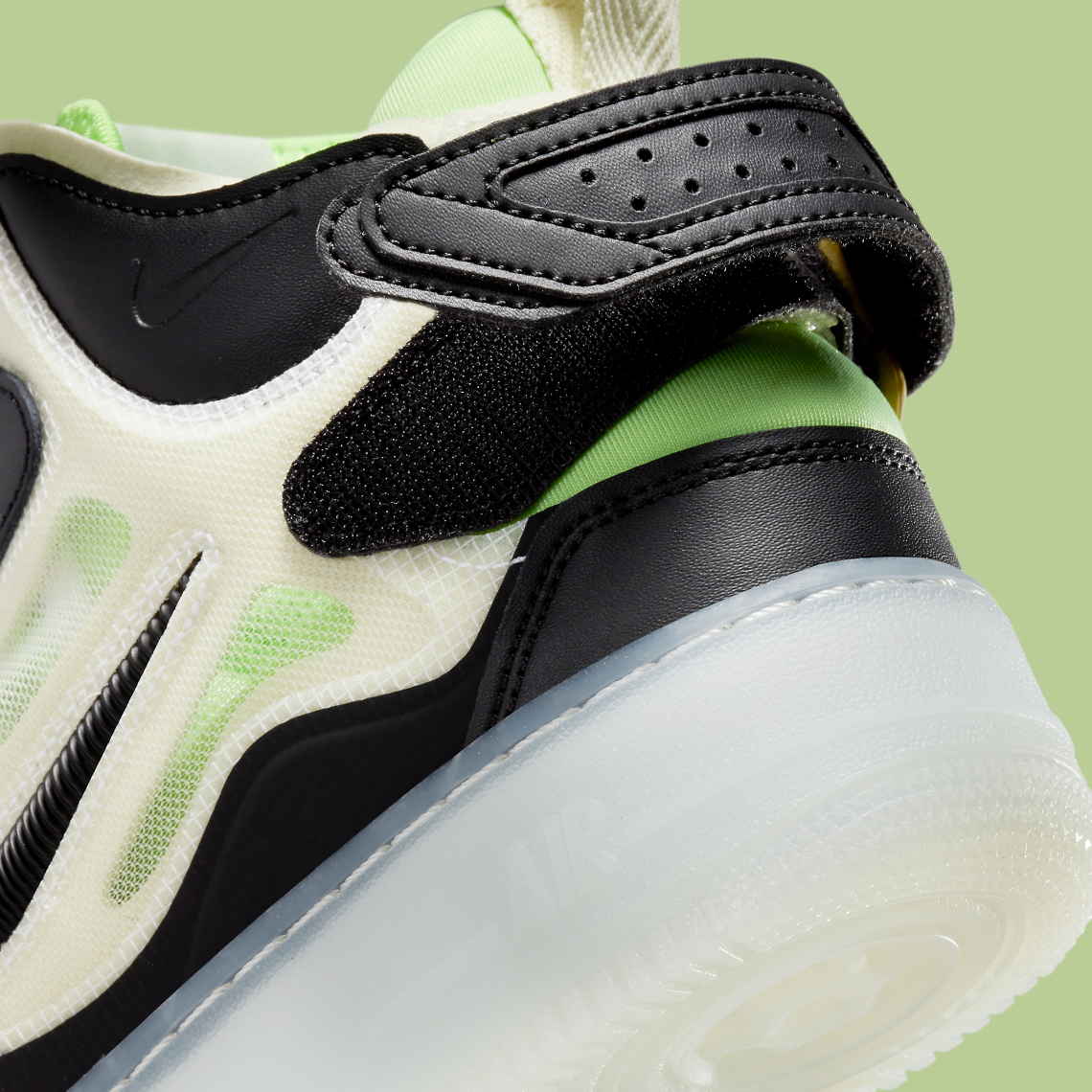 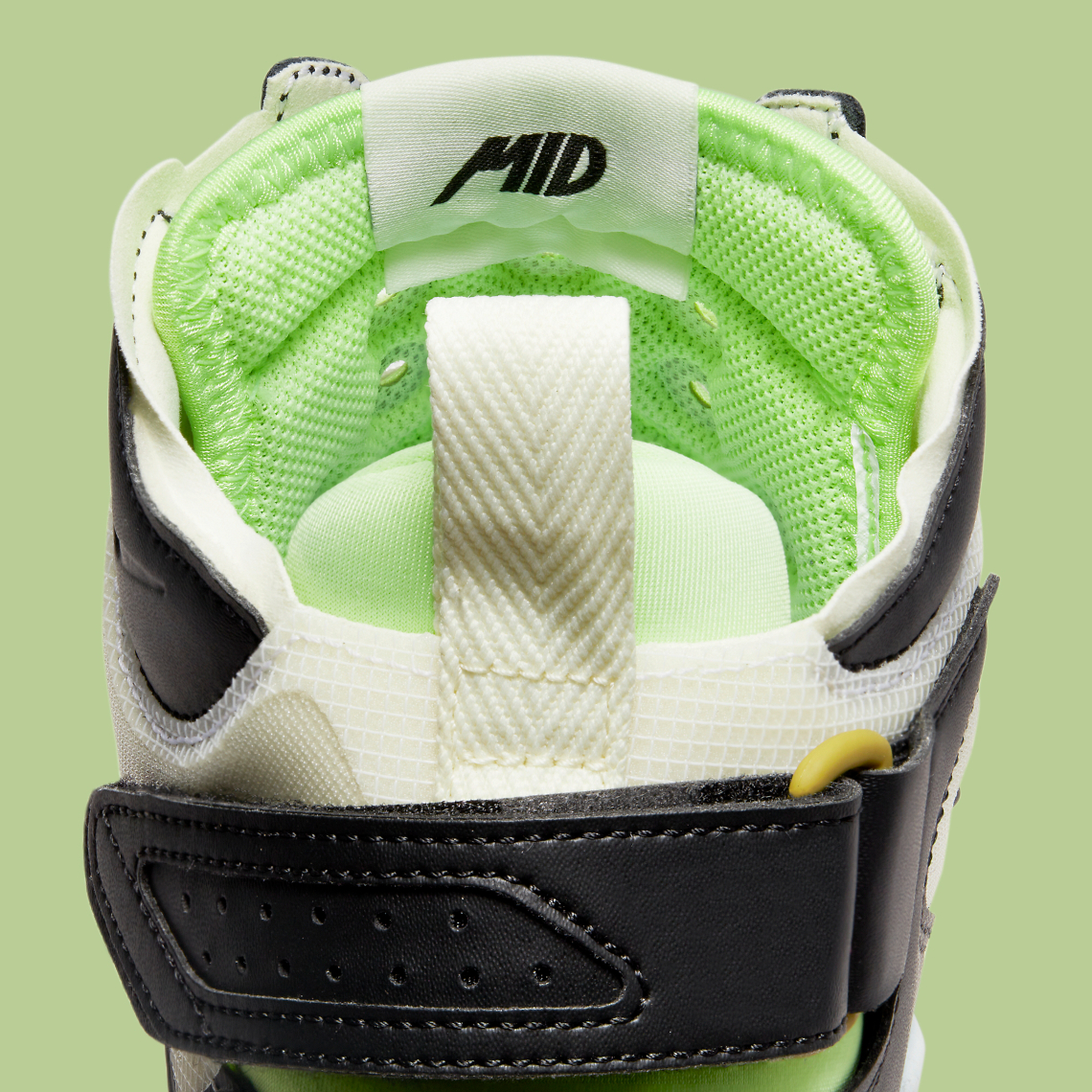