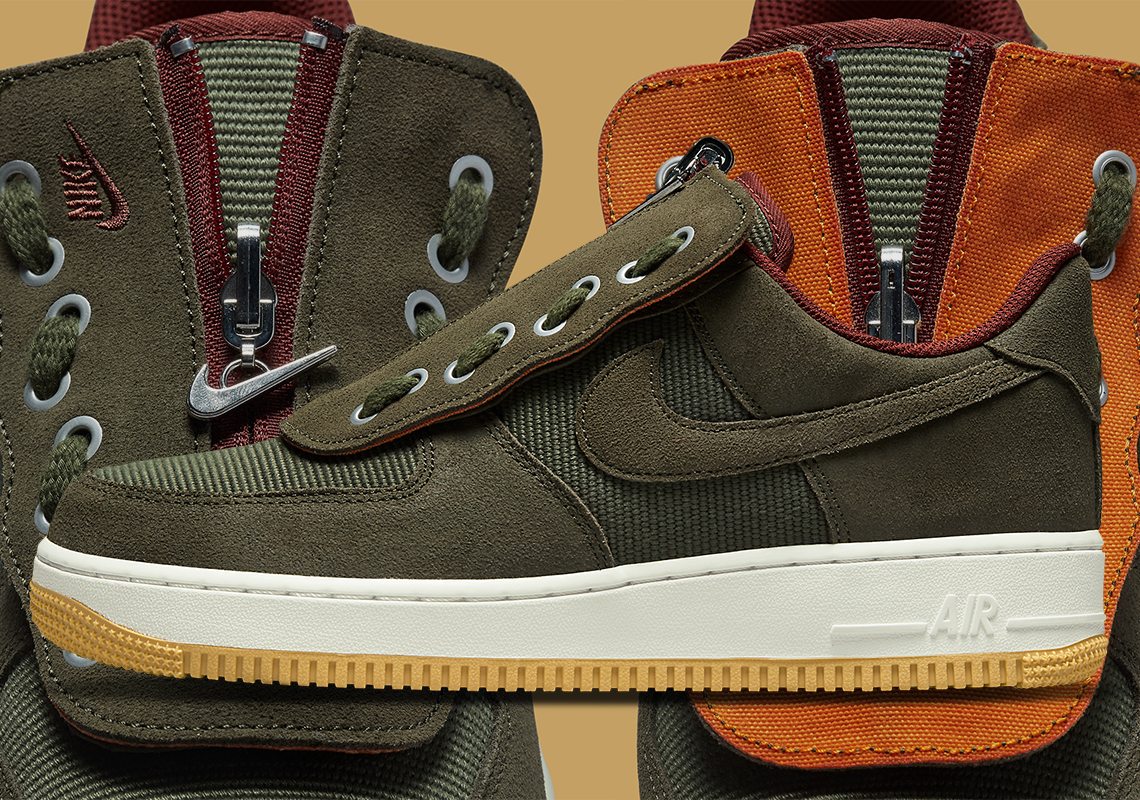 Despite being out of the limelight for some time, Travis Scott’s influence can still be felt across both fashion and sneakers. And with the upcoming Air Force 1 Shroud, Nike themselves are borrowing from the artist, as the shoe’s design and colorways are close imitations of La Flame’s many collaborations.

Specifically, the silhouette leans much closer to the Air Force 1 “Cactus Jack” that released back in 2019. Its similarities, however, are restricted to the external features alone, as the GR lacks the loud, pattern-heavy patchwork of its collaborative counterpart. The shoe mainly copies the latter’s lace shroud, which sits here in a dual-faced make: one side proffers an olive suede identical to the adjacent overlays, while the other displays an orange canvas that’s similar to the insole in color. Elsewhere, yellow bottoms (which shouldn’t be mistaken for gum) dress the outsole, a deep bordeaux accents the zipper and lining, and ballistic mesh reinforces the upper’s base.

For a closer look, check out the official images below. Sizes are likely to appear on Nike.com and at select retailers very soon, so sit tight for further updates.

In other news, official images of the Air Jordan 1 Low Elevate University Blue have appeared. 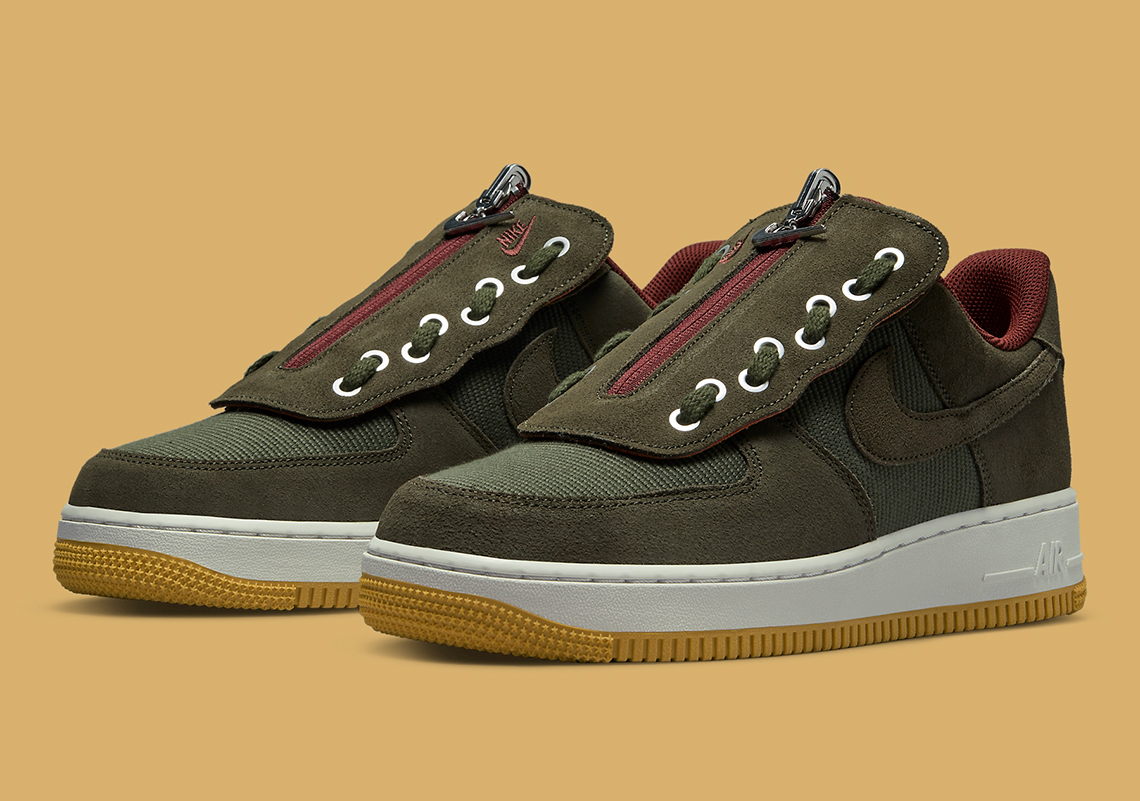 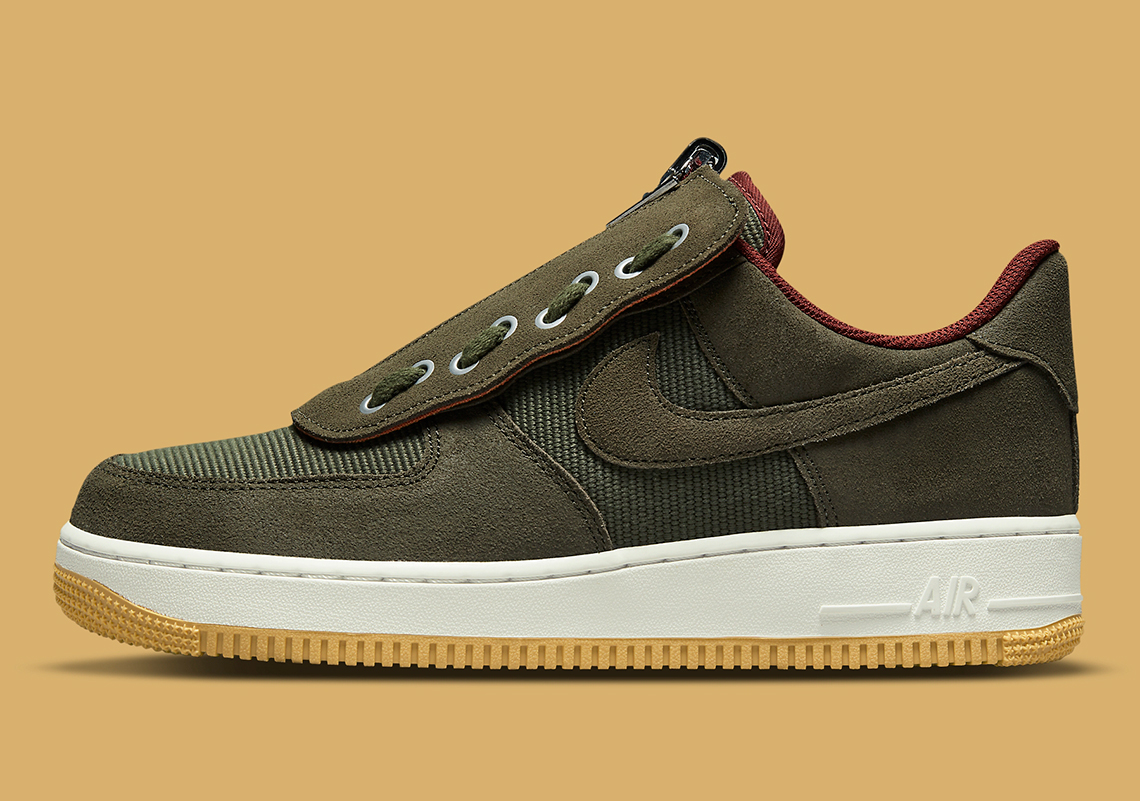 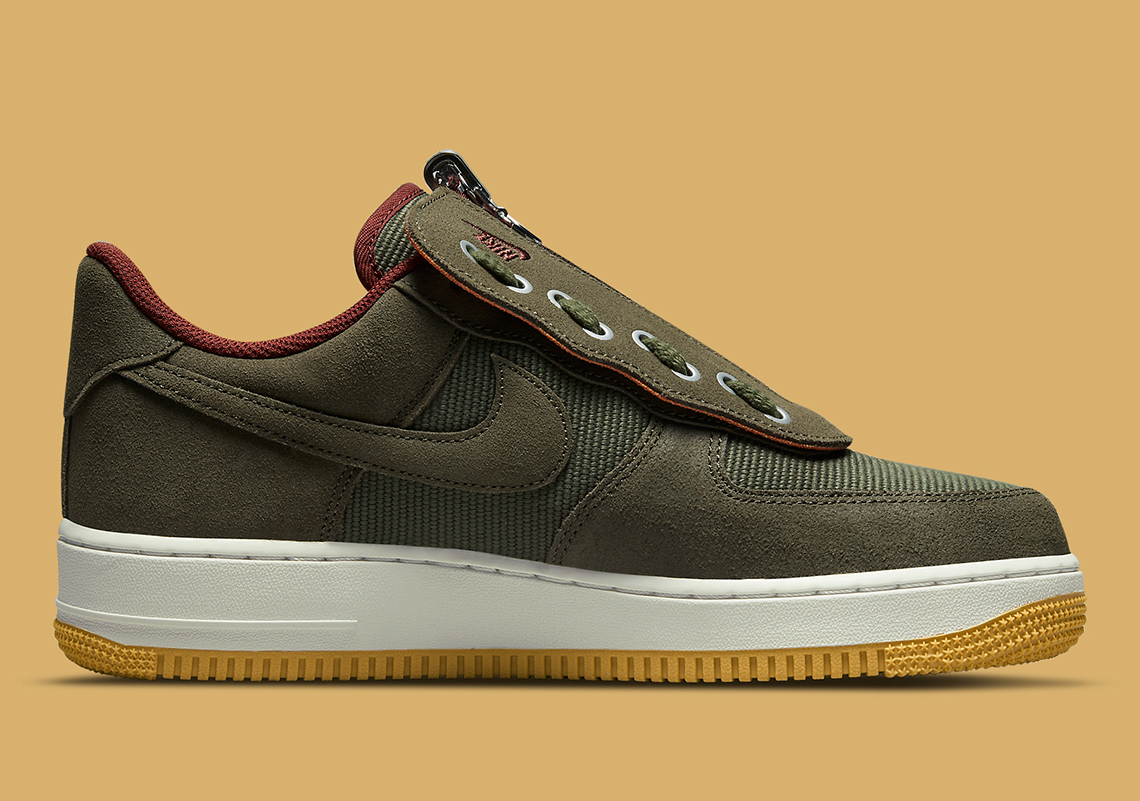 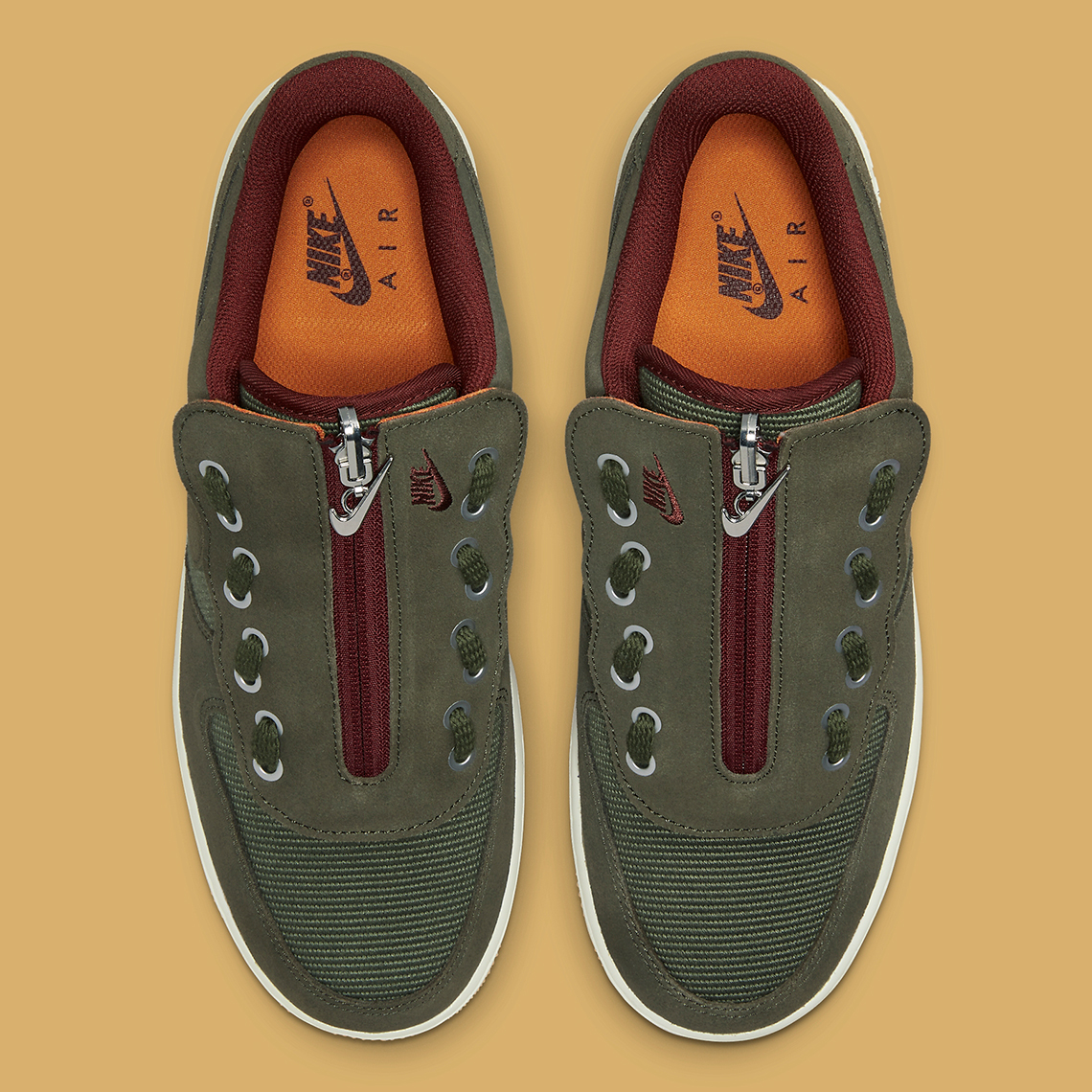 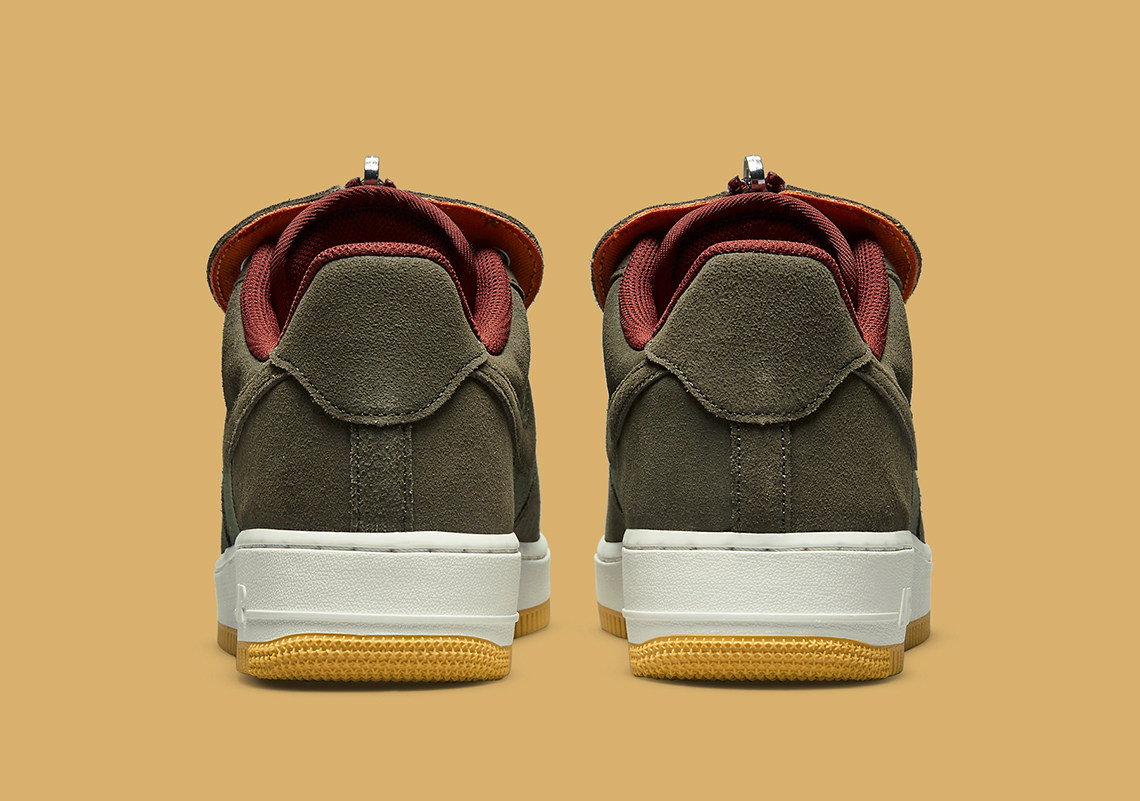 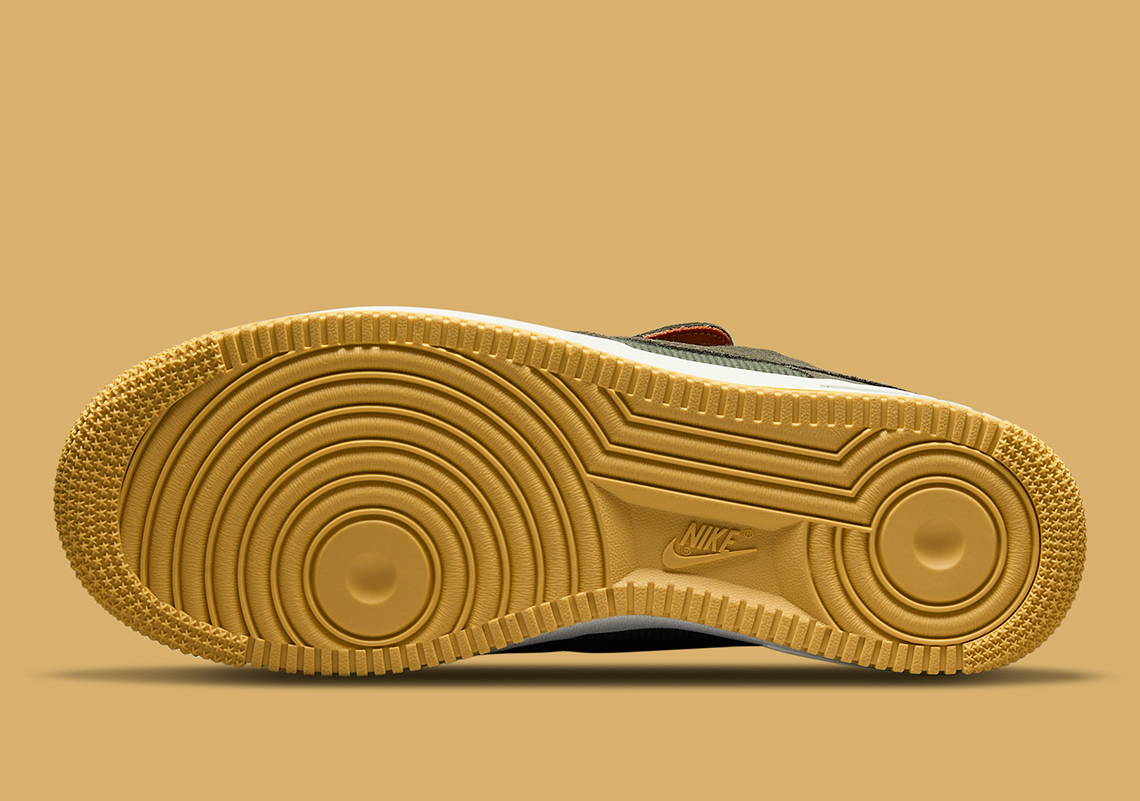 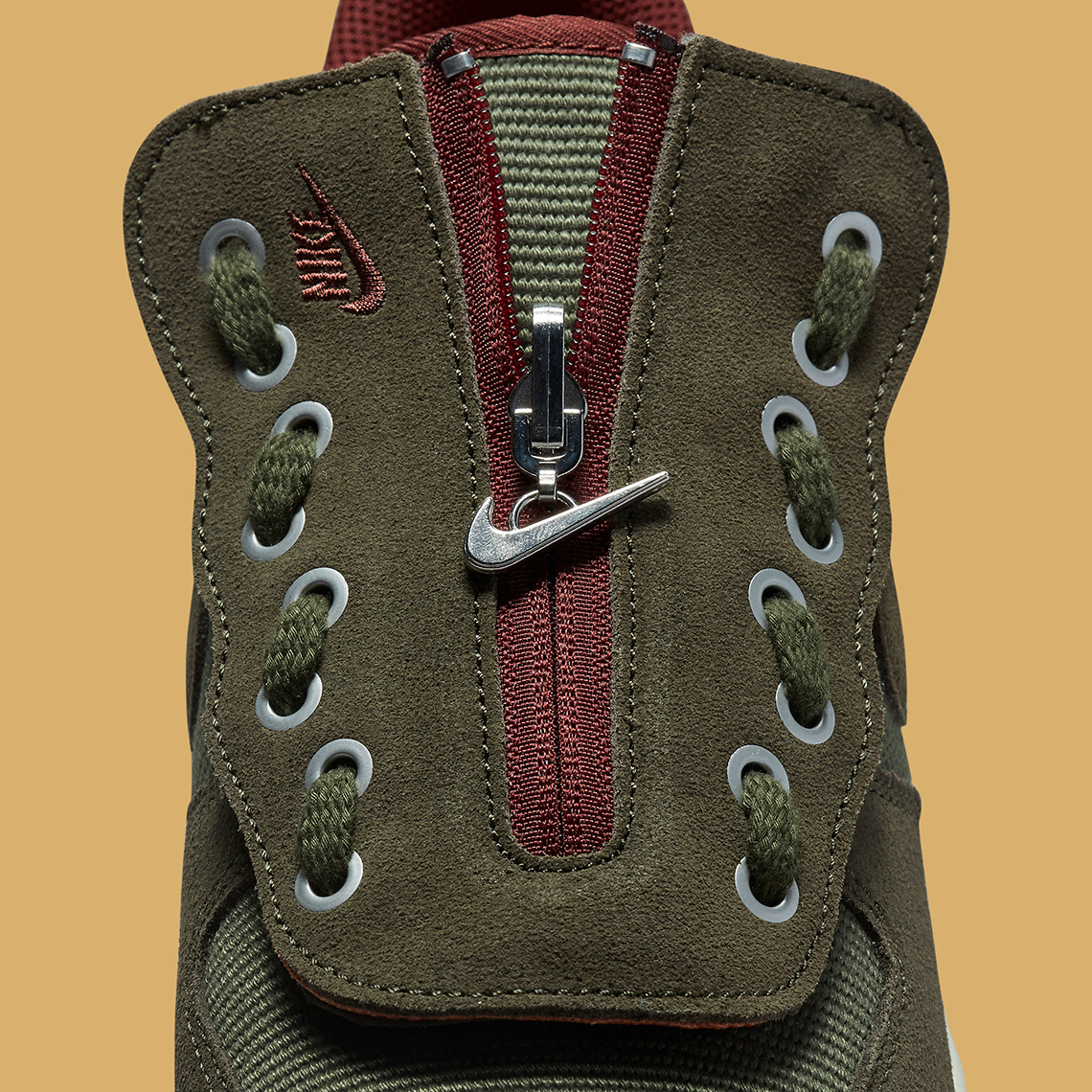 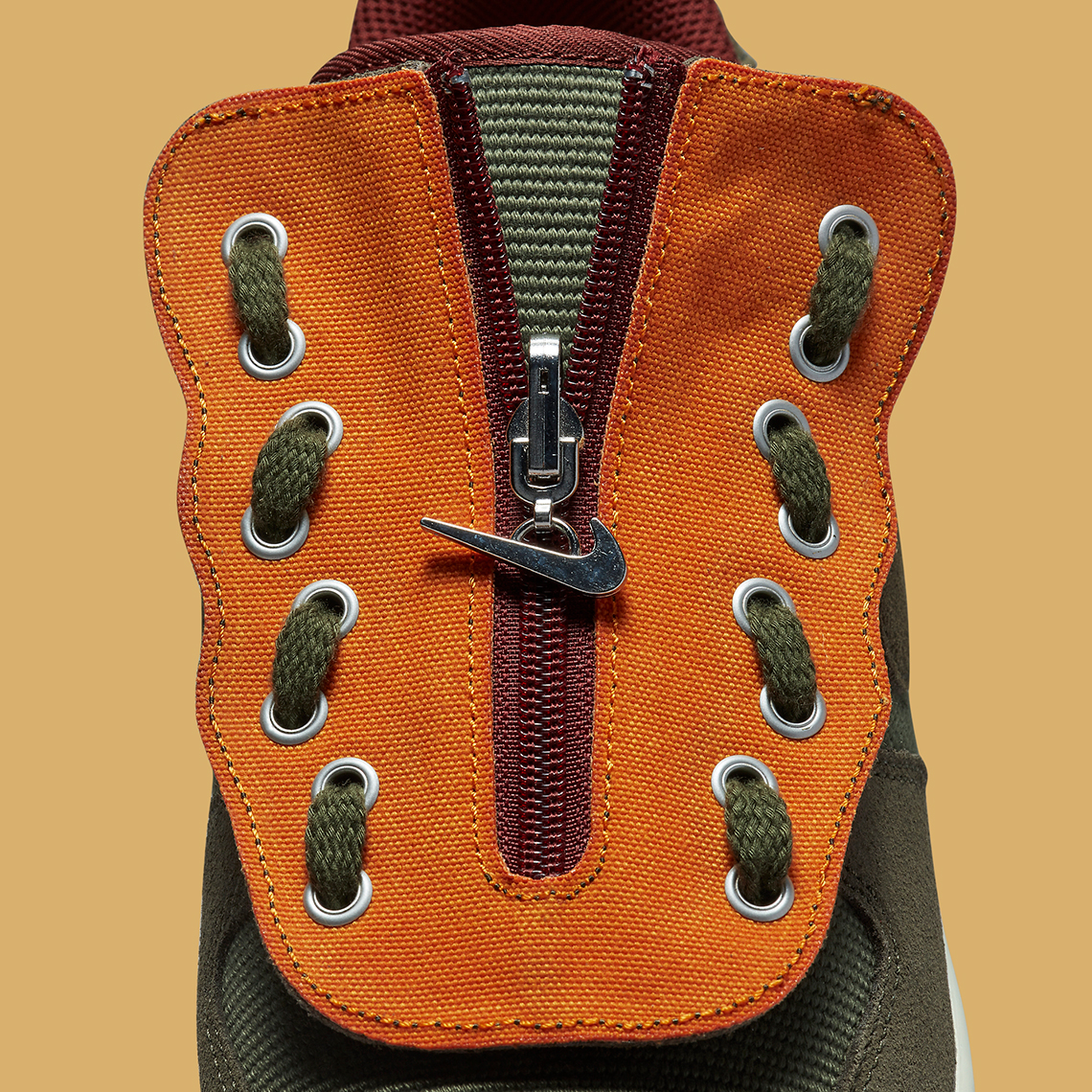 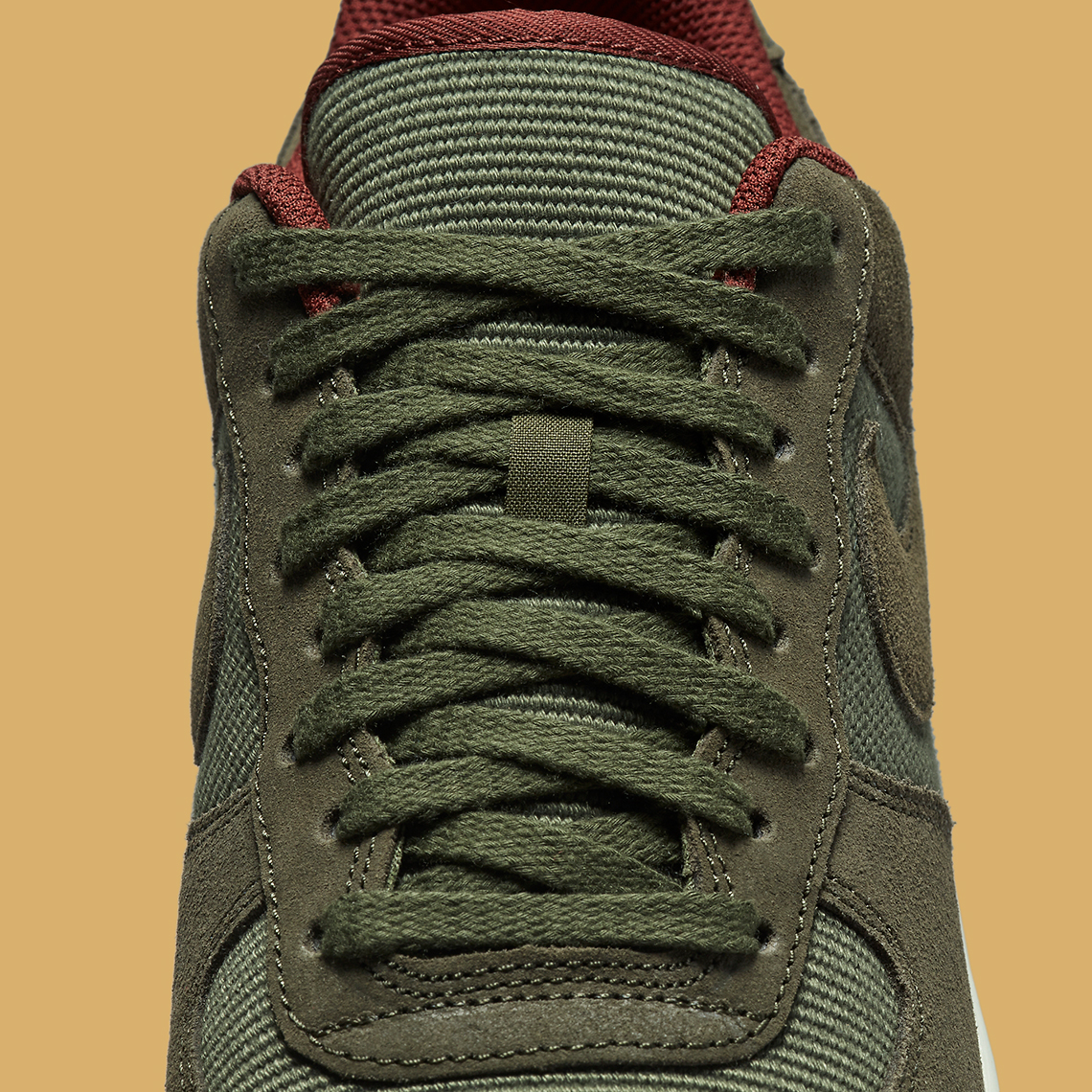 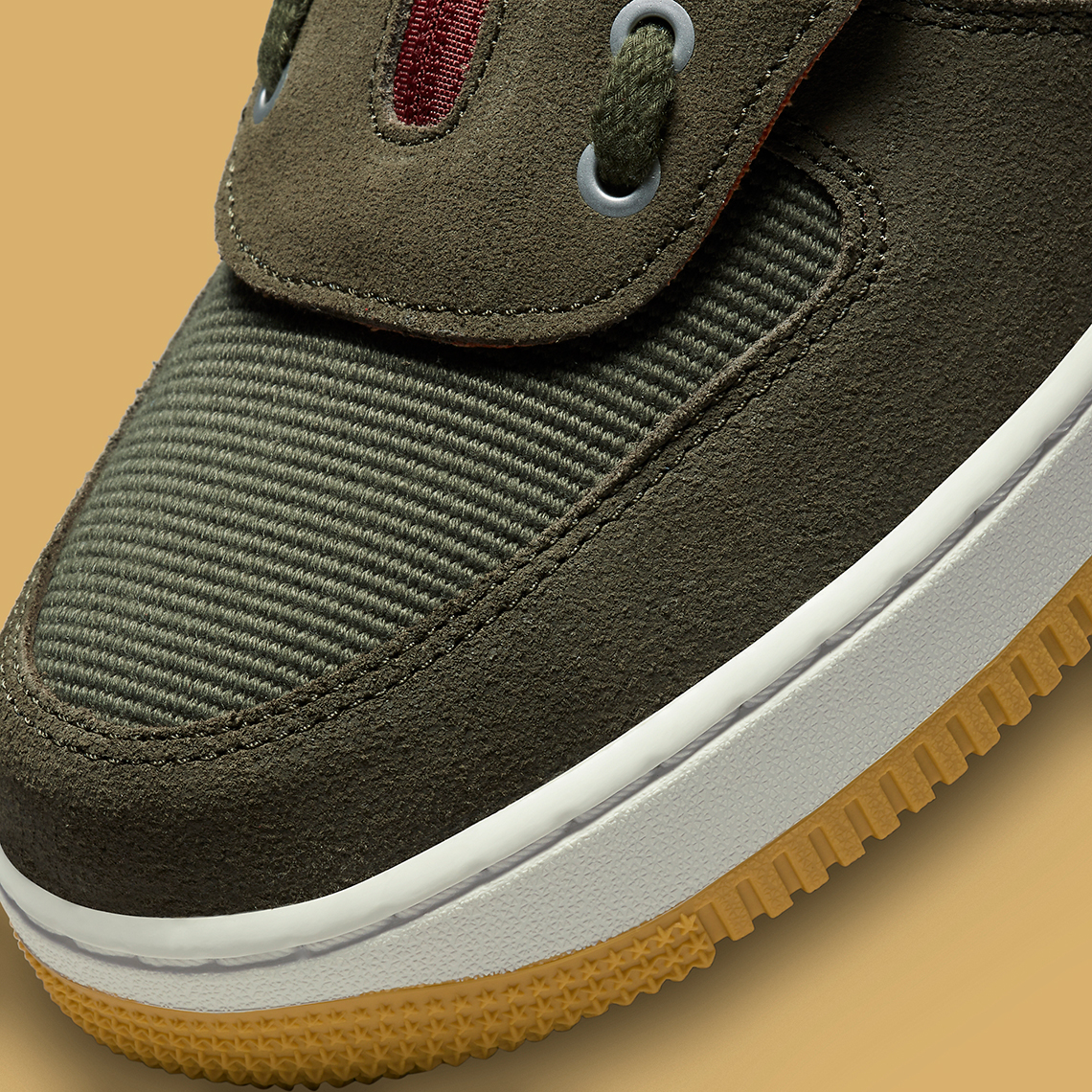 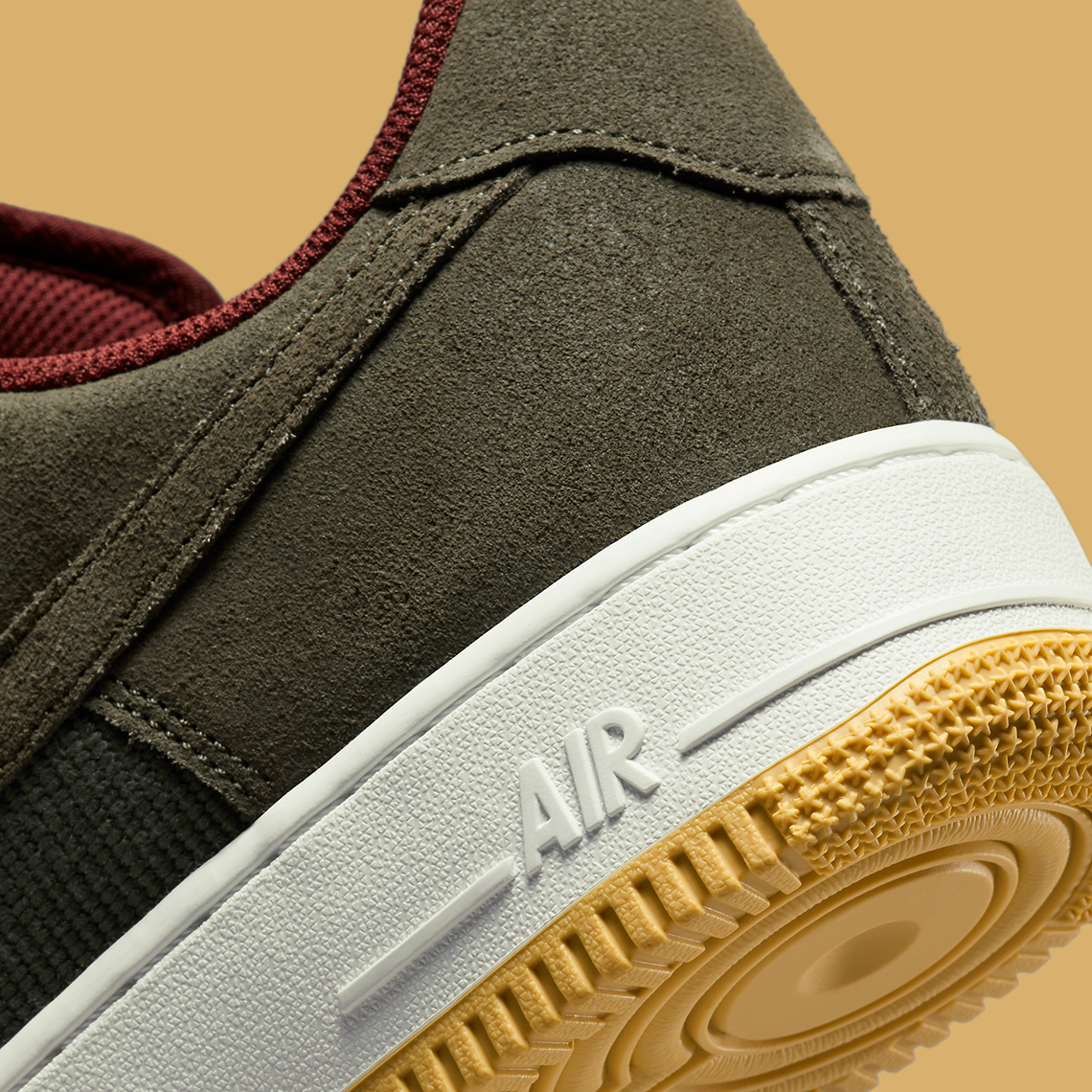