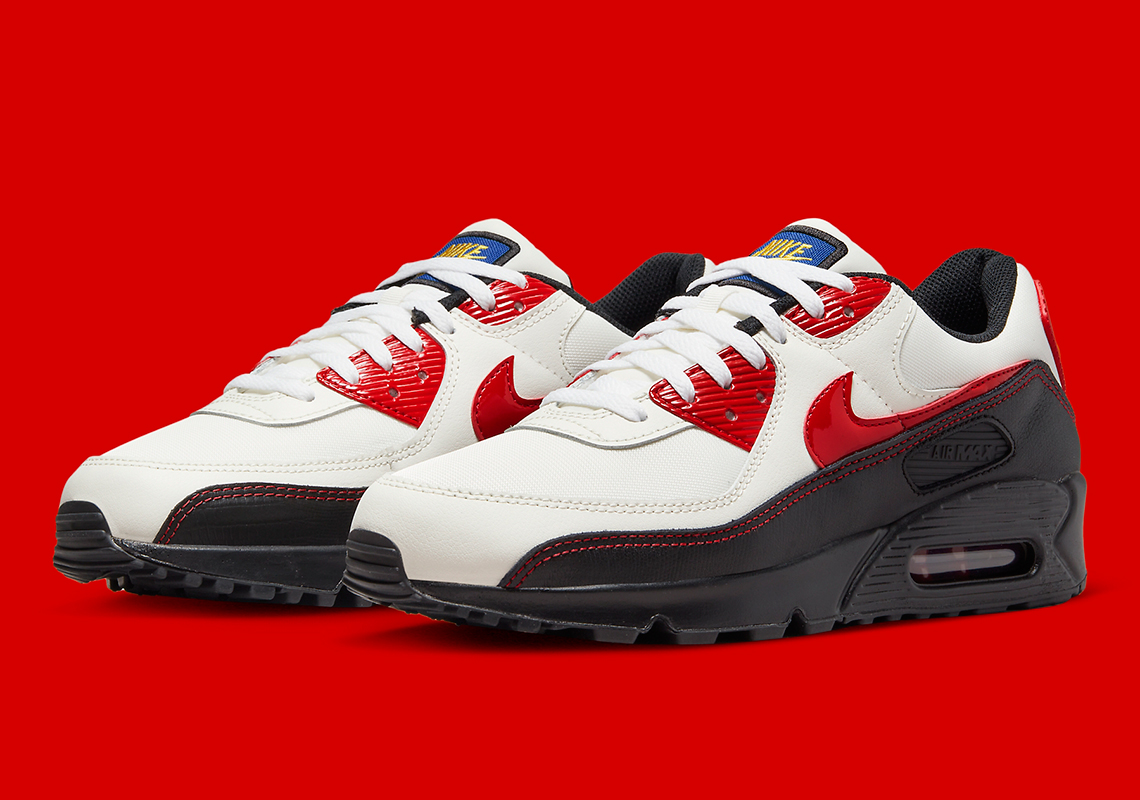 As Nike Air Max continues to celebrate its 35th anniversary, some of its most popular silhouettes from over the years keep emerging in new, compelling styles. Case in point?: A Nike Air Max 90 prepped for what seems to be a money-inspired collection.

Akin to a recently-surfaced take on the later Peter Moore’s Dunk Low, the upcoming Air Max proposition features “NIKE” logos done in the style of U.S. bill denominations on the sock-liner. The remainder of the ensemble, which was designed by Tinker Hatfield in 1990, indulges in a familiar layout, though crinkled leather and robust canvas make special appearances. A mix of off-white, vibrant red, rich yellow and dark black takes over real estate across the sneaker’s upper and bottom-halves, with most of the latter section opting for an understated look.

No firm Nike SNKRS launch date has been disclosed by the brand, but that’s likely to change soon. In the meantime, enjoy official images of the pair ahead.

For more from under the NIKE, Inc. umbrella, check out the latest Air Jordan 1 releases. 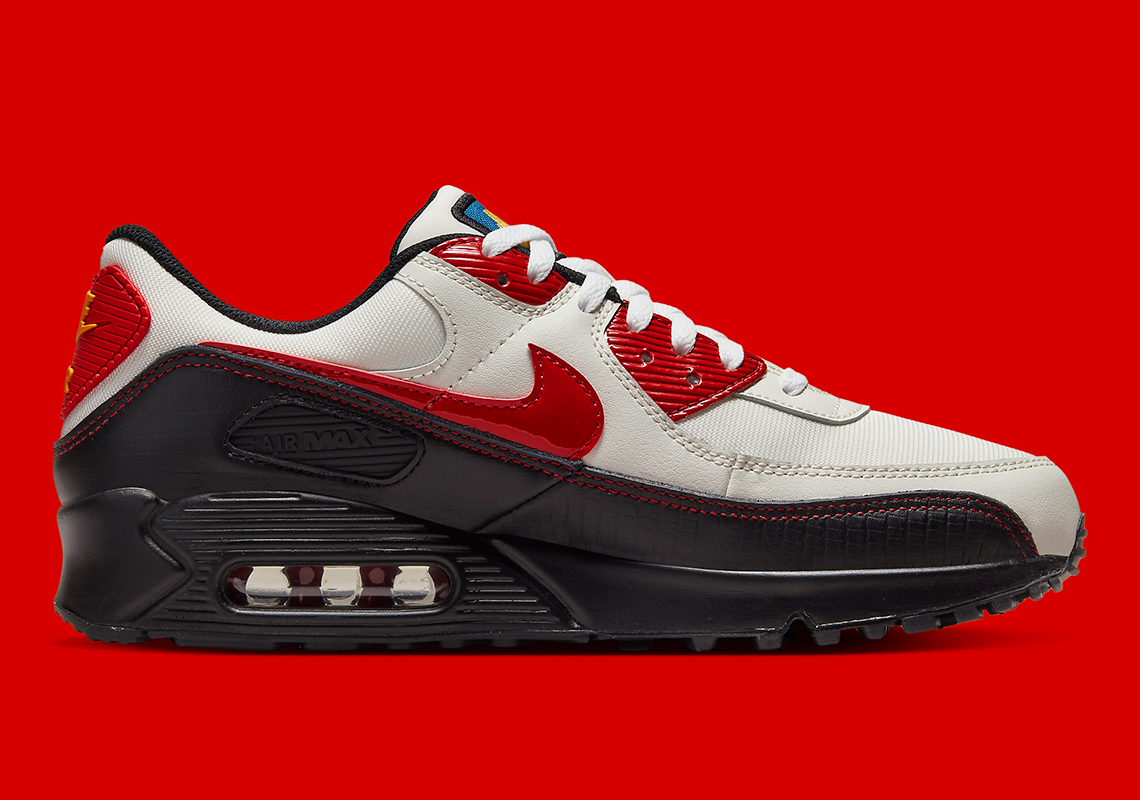 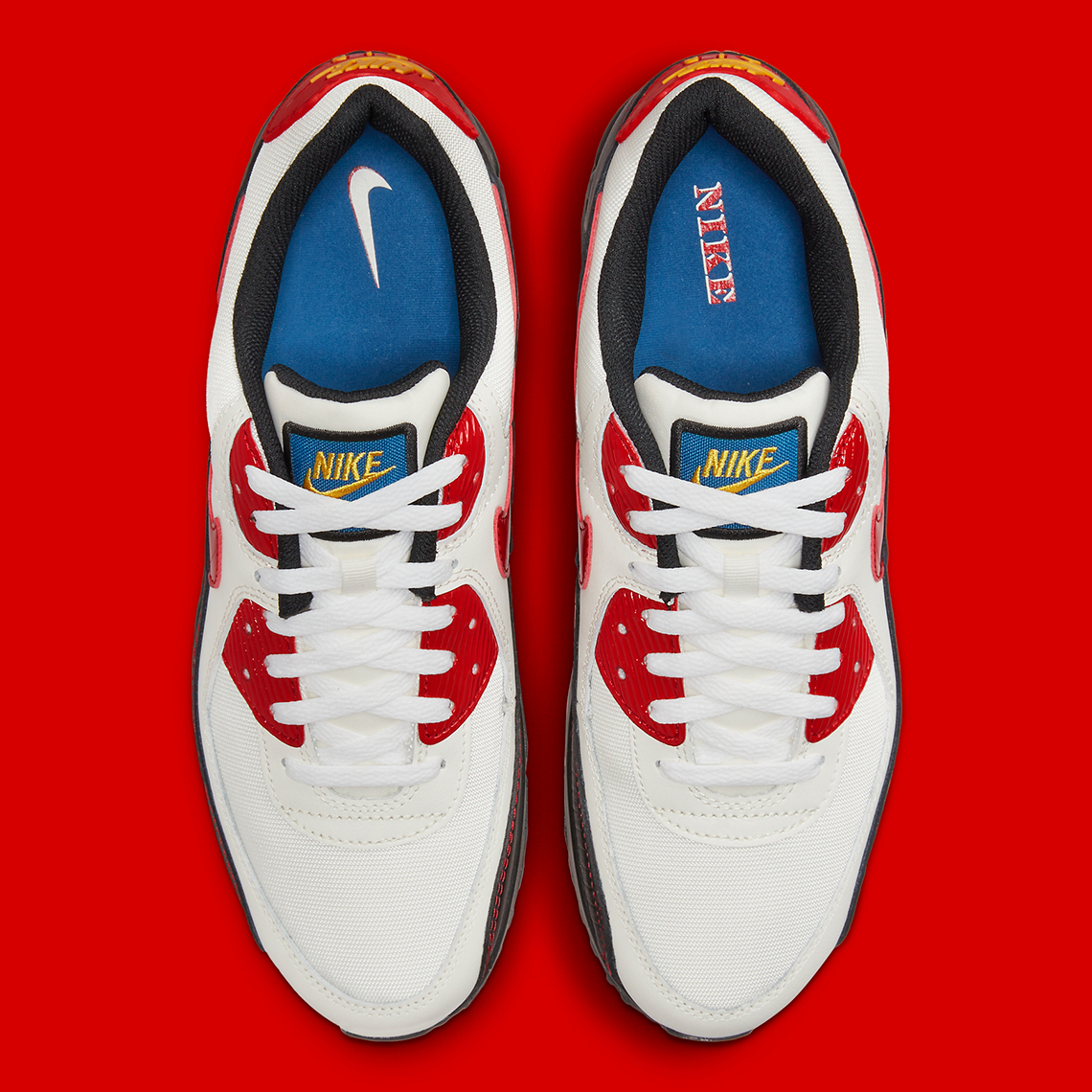 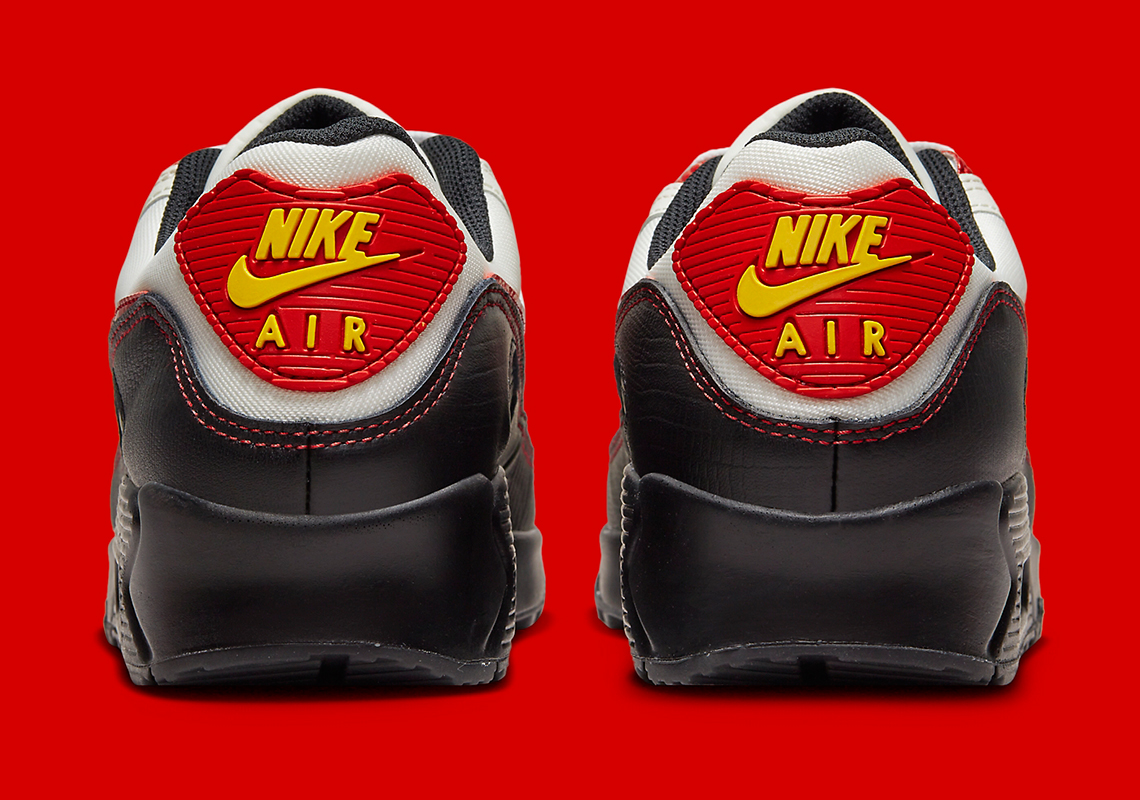 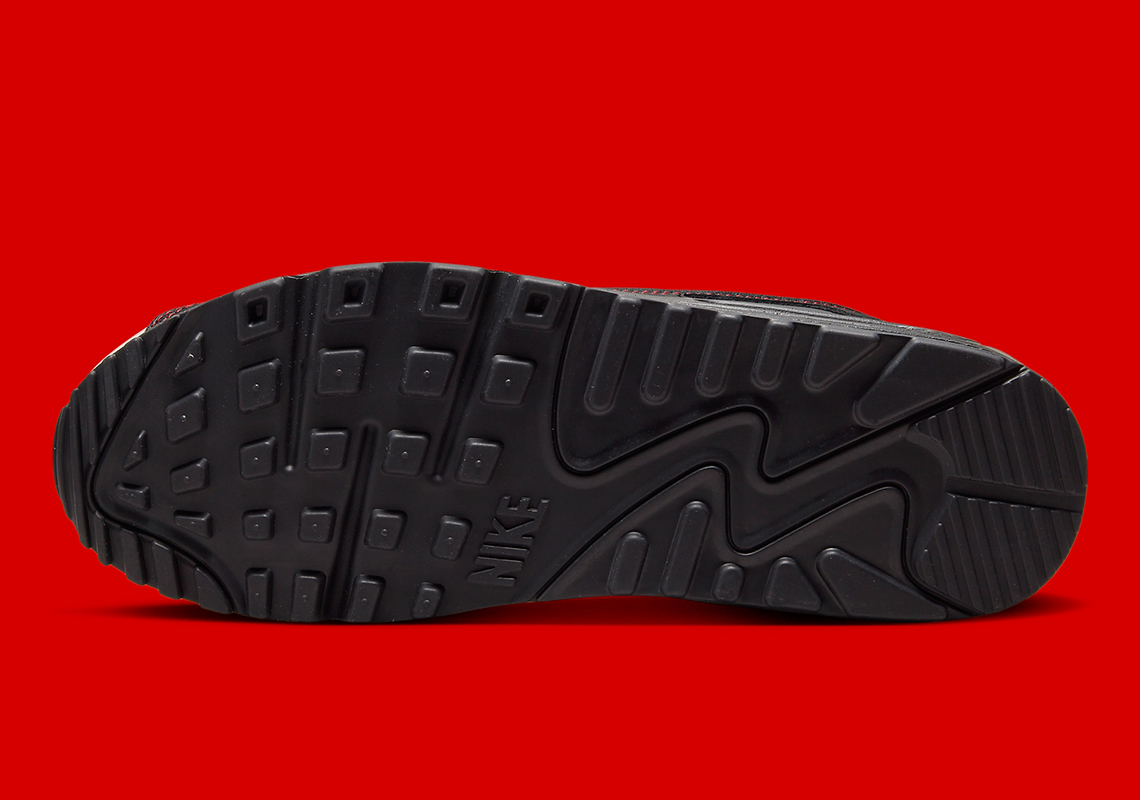 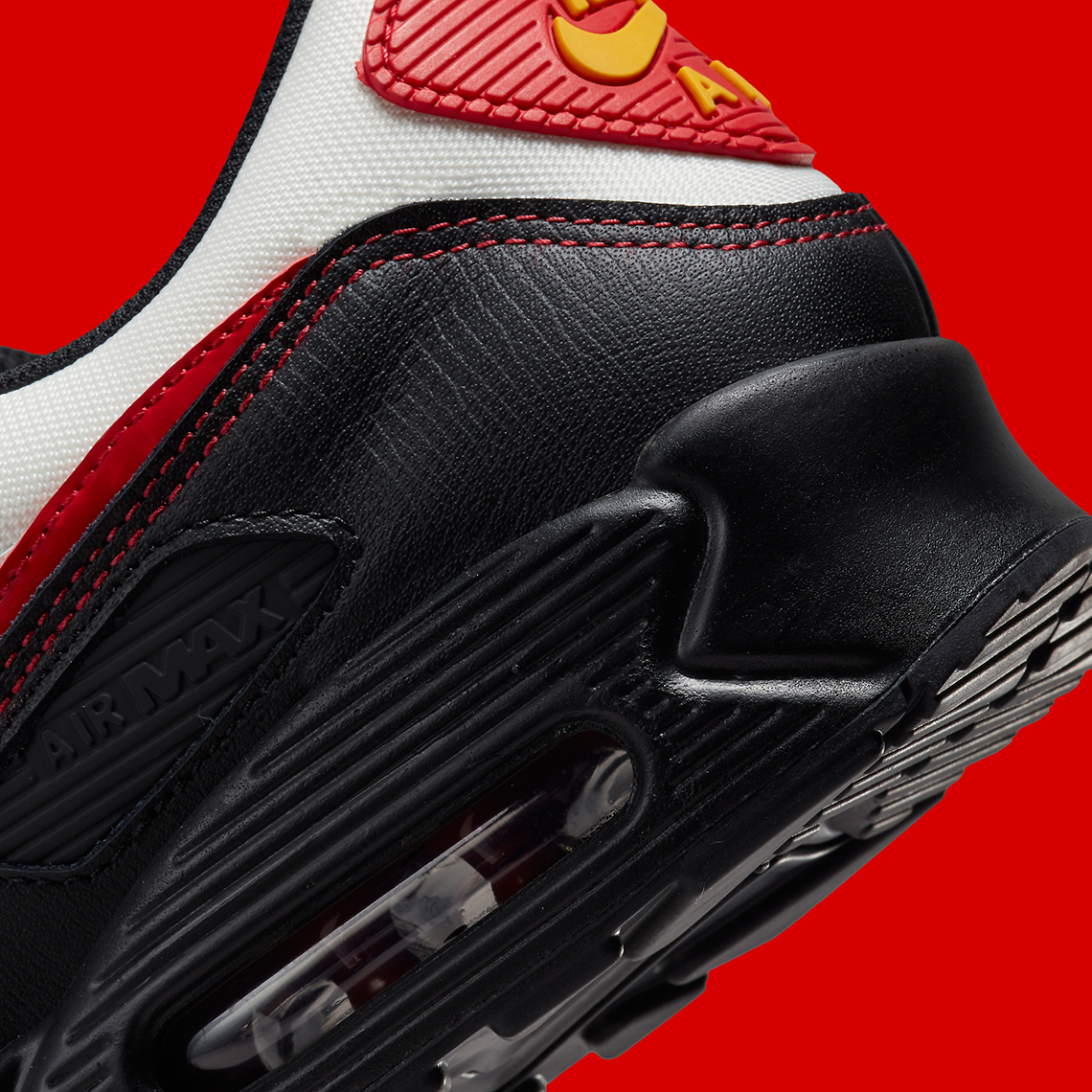 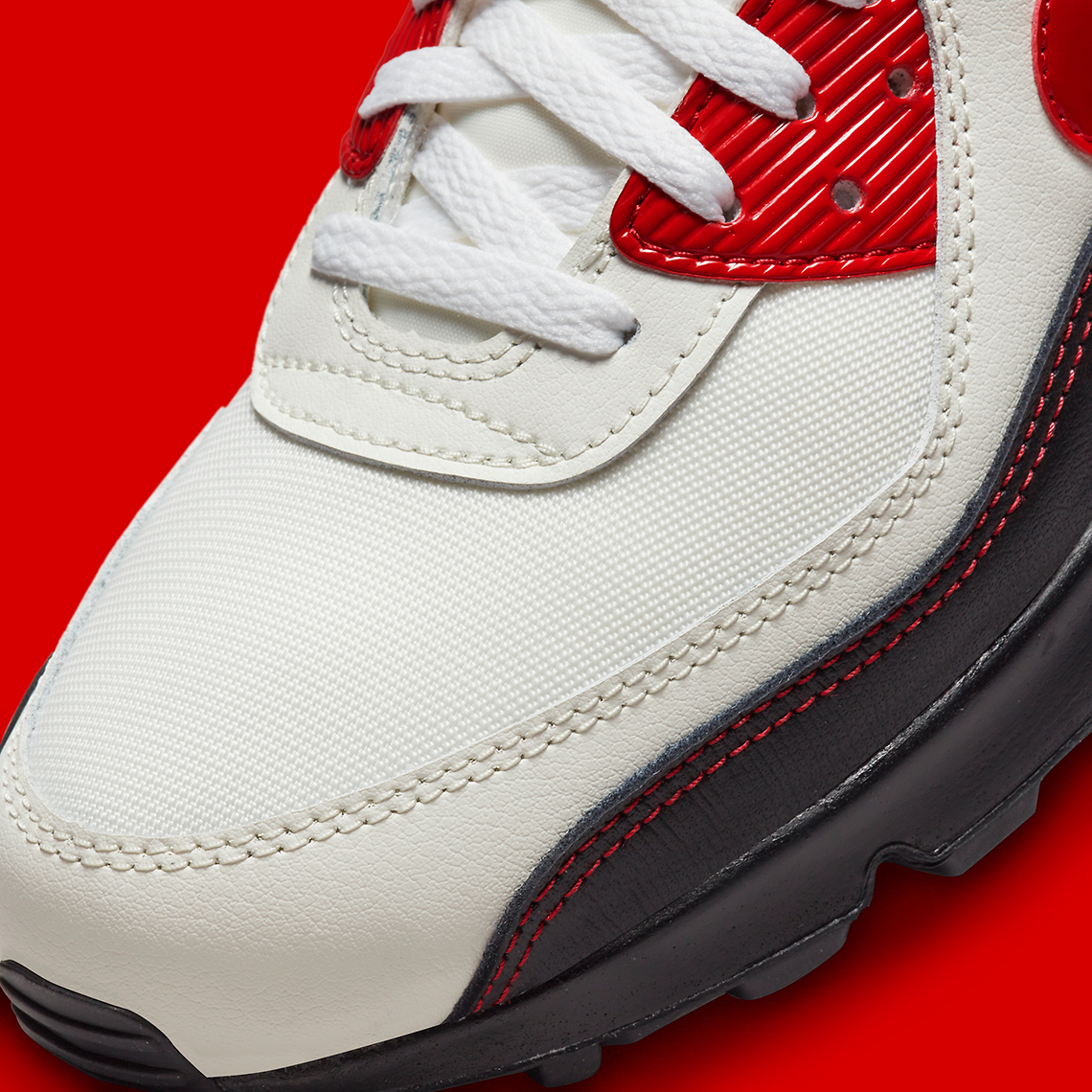