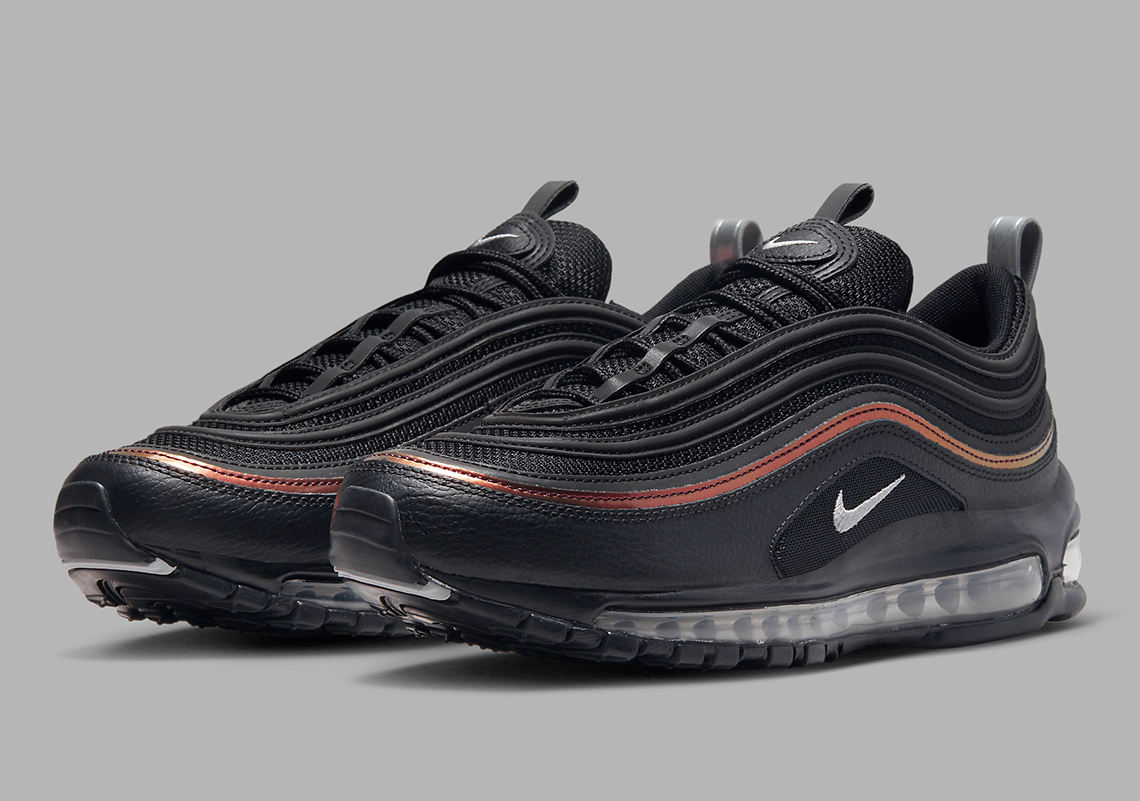 2022 marks the anniversary of many a time-honored Nike, from the Air Force 1 to the Air Max 97. And though less celebrated compared to its Bruce Kilgore-designed counterpart, the bullet train-inspired runner is soon to enjoy a few notable releases, including but not limited to the return of the much-beloved “Silver Bullet.” There’s quite a few inline offerings on the calendar as well, the latest of which features a color combo near and dear to sneaker culture.

Far more straightforward than some of the Air Max 97’s recent appearances, this upcoming colorway is comprised almost entirely of black-hued fixtures. Said neutral dresses the brunt of the the construction, from the mesh inserts to the tumbled leather overlays. Adjacent, the branding, heel tab, and Air Units are clad in a silver metallic finish, paralleling the strip of “Picante Red” that wraps around the shoe.

For a closer look at this upcoming Air Max 97, check out the official images below. These should be hitting Nike.com and select retailers soon, so sit tight.

In other news, official images of the Nike Kyrie 8 University Red just surfaced. 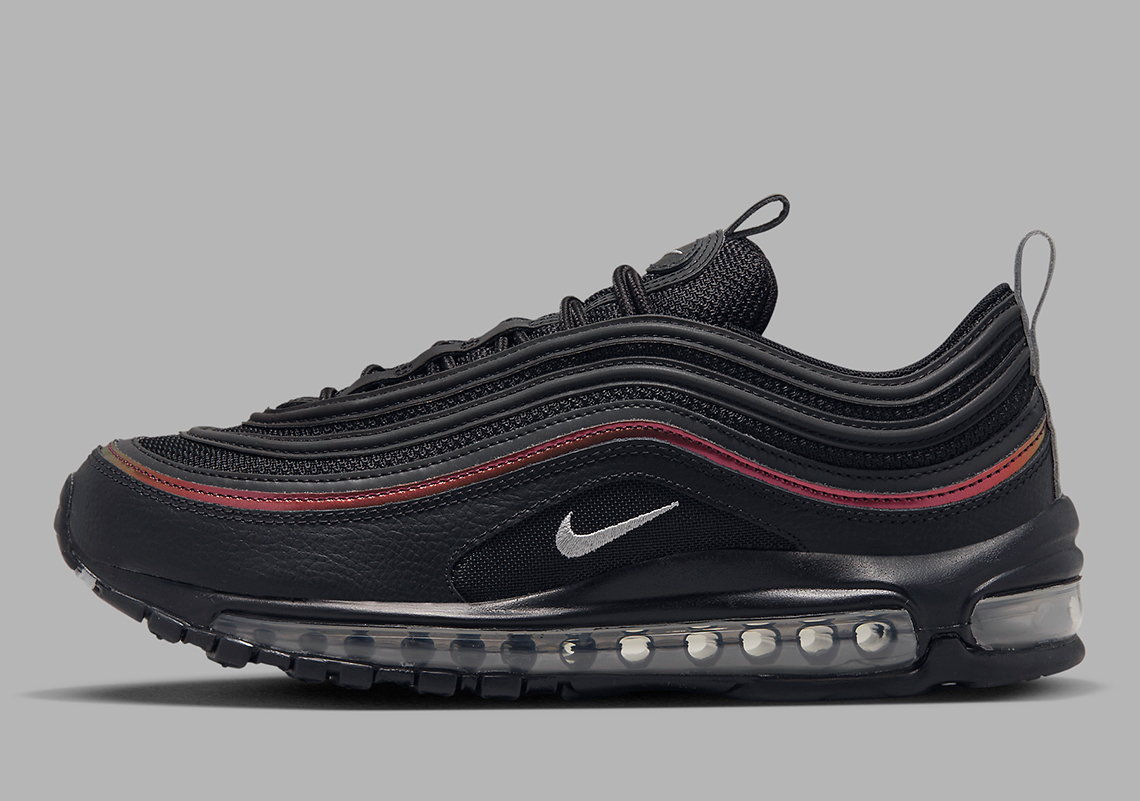 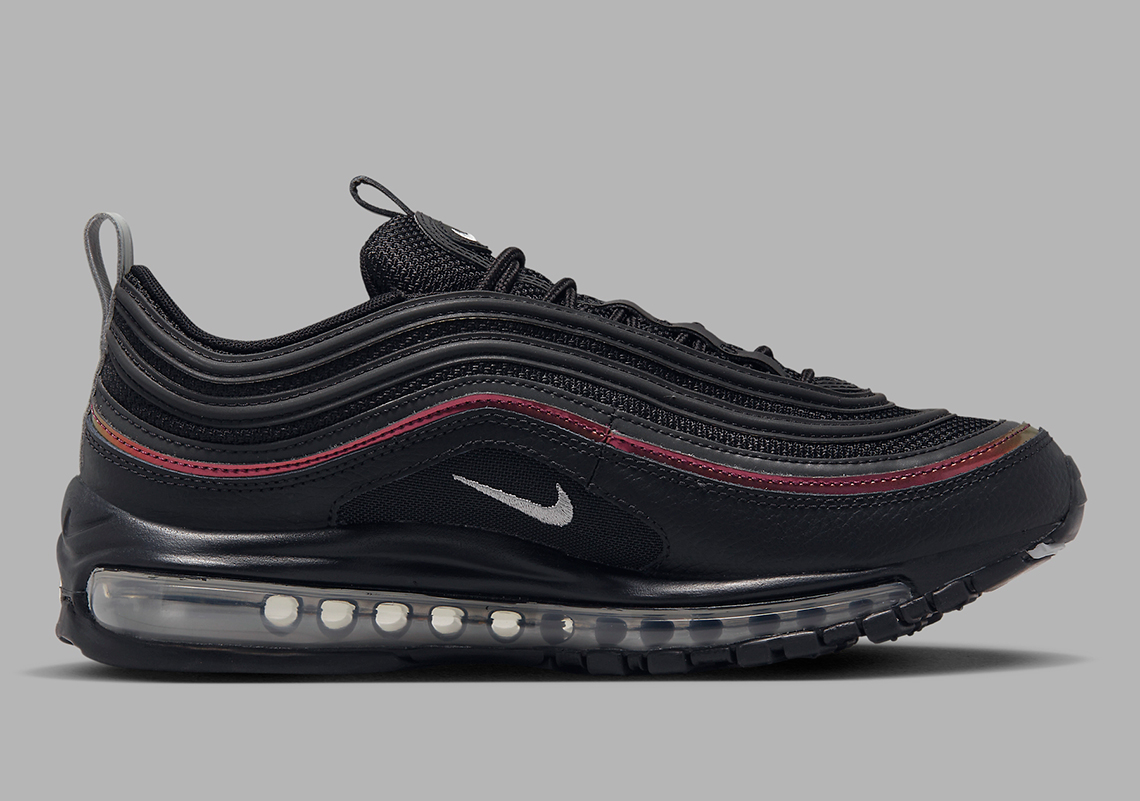 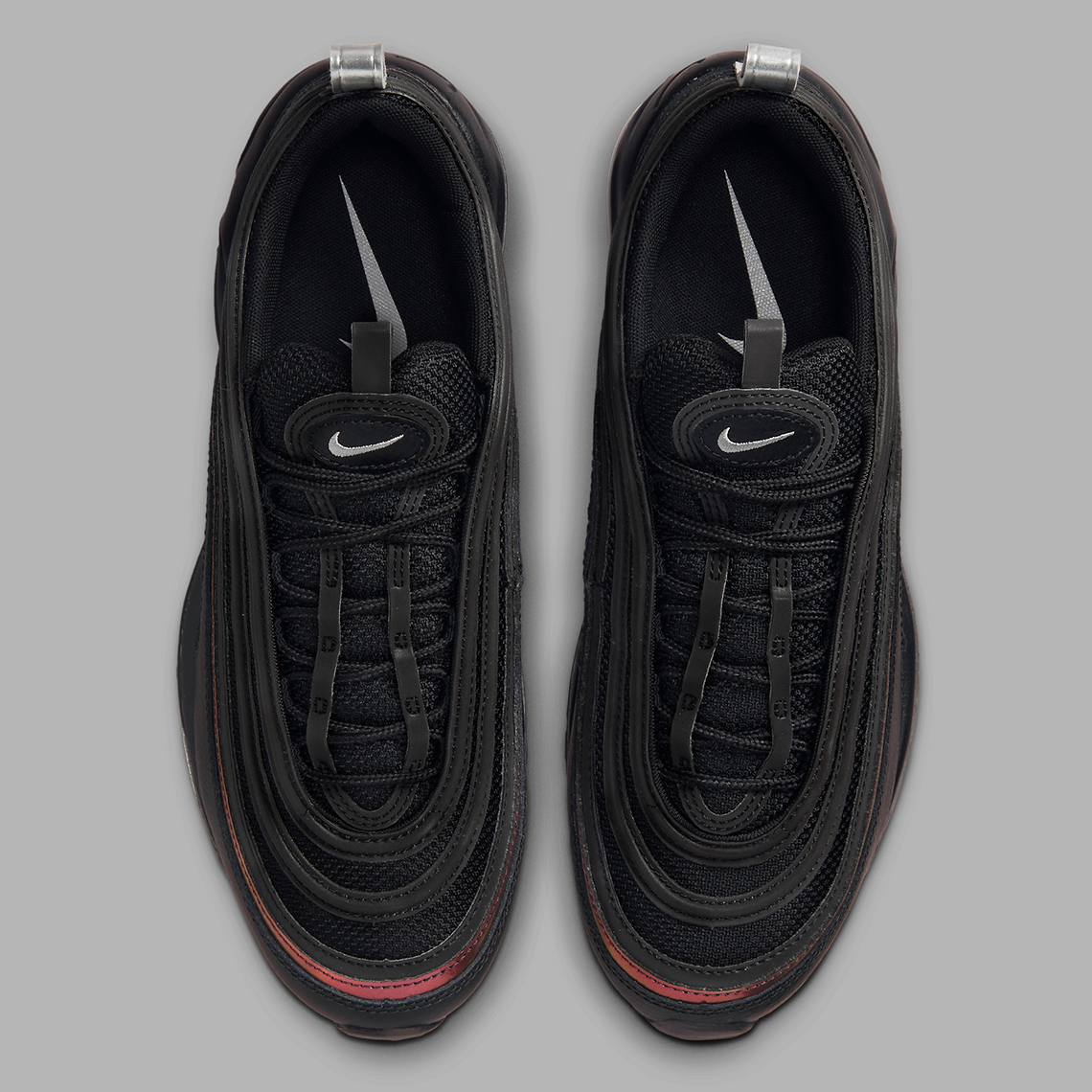 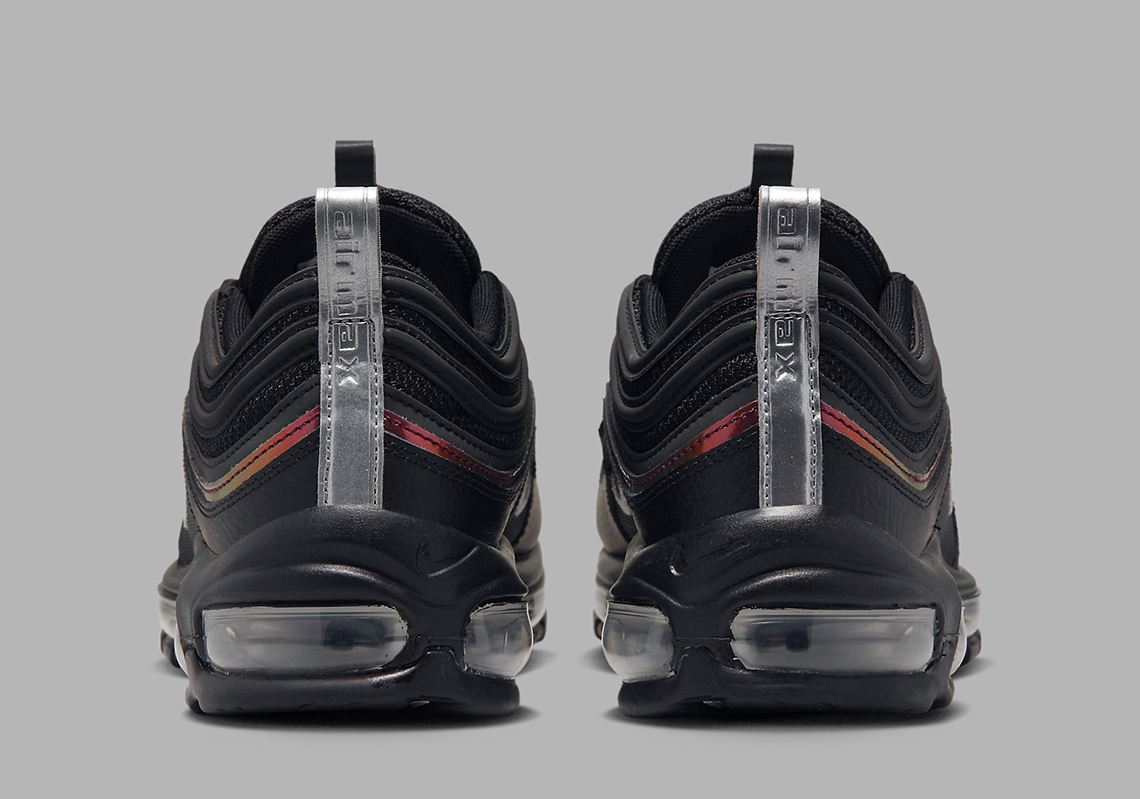 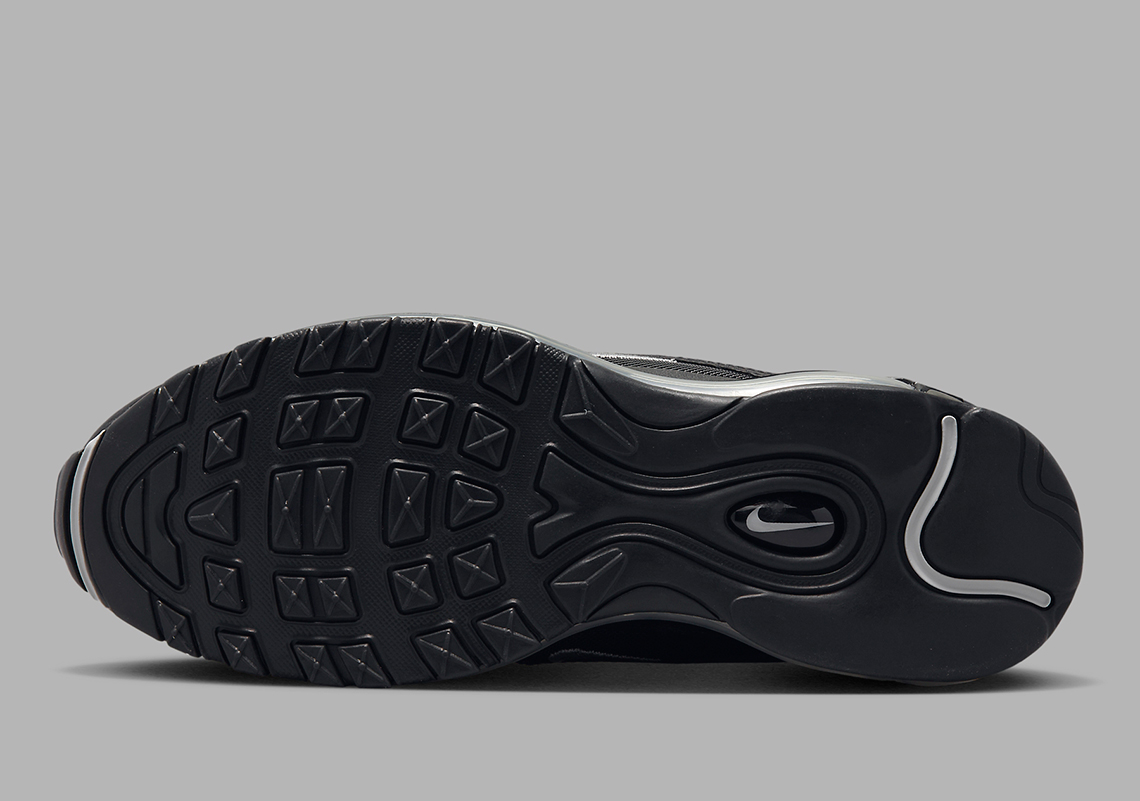 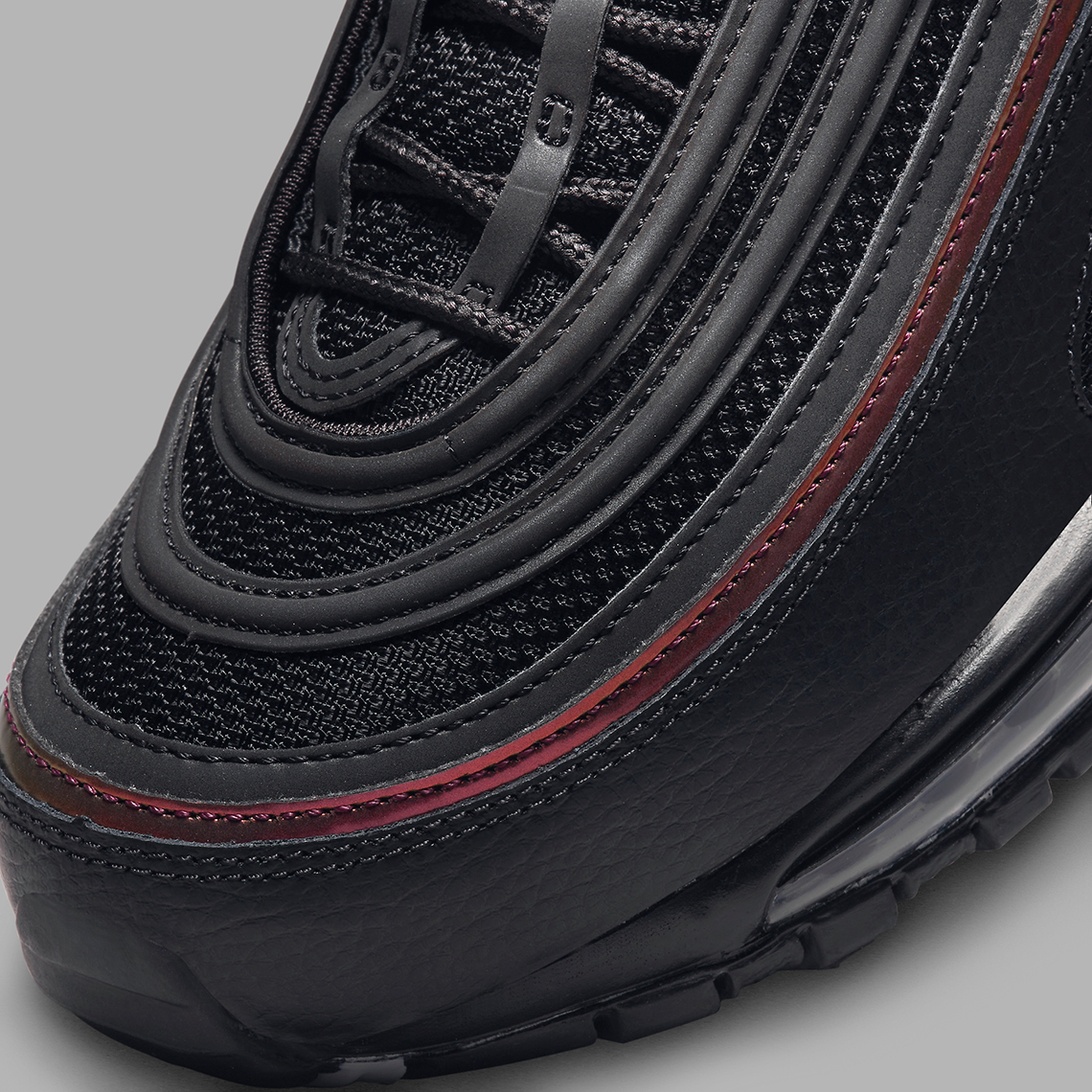 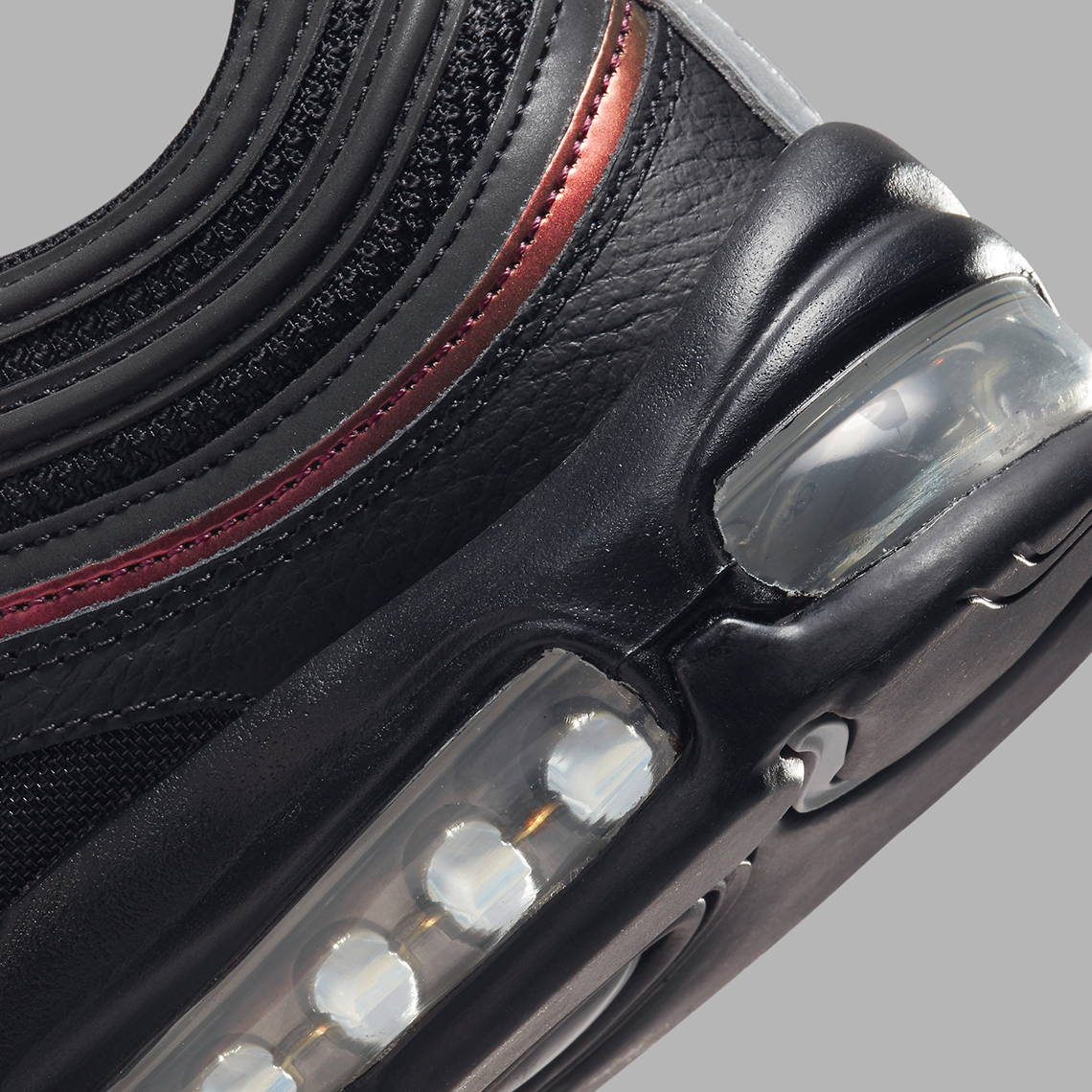