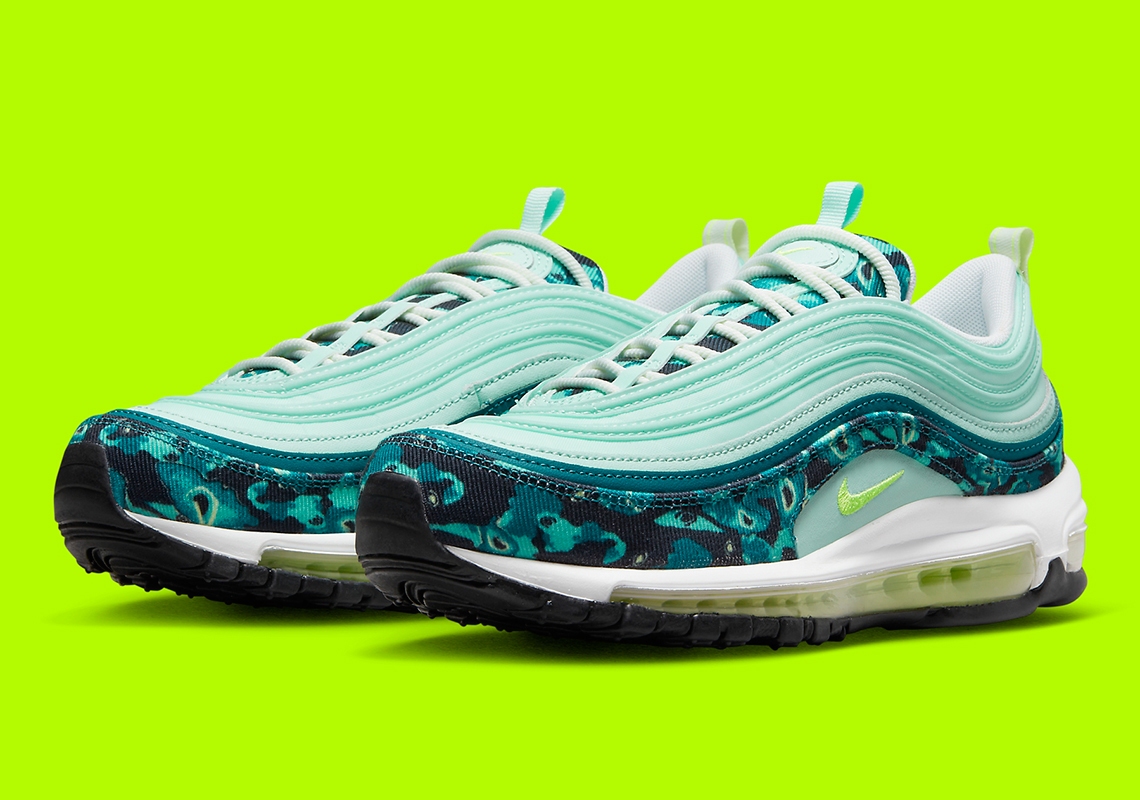 Since the start of 2022, the Nike Air Max 97 has predominantly relied on simple color combos and straightforward inspirations. But here, with its newest colorway, the silhouette is flaunting one of its loudest displays this year thus far.

Besides the hits of white along the midsole, laces, and lining, this pair is mainly made up of bold patterns and hues. A diamond-like blue, for instance, dresses much of the upper: most notably, behind the Volt Swoosh at the side and across the entirety of the shoe’s top half. What’s more, the shade also appears on the canvas tongue and mudguard, whose dark navy bases come covered in a series of nondescript, geode-like shapes.

For a closer look at this upcoming Air Max 97, see the official images below. No release date has been confirmed just yet, but we should be learning more soon.

In other news, the Yeezy Boost 350 V2 Bone is restocking next week. 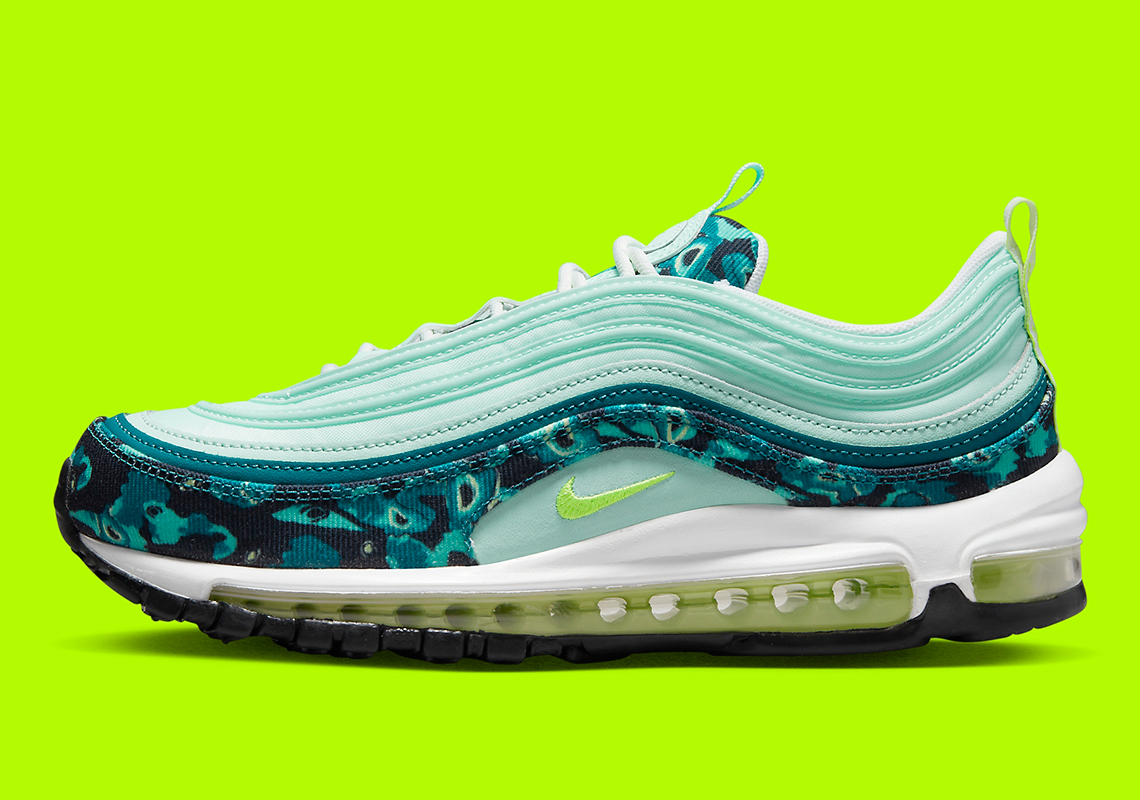 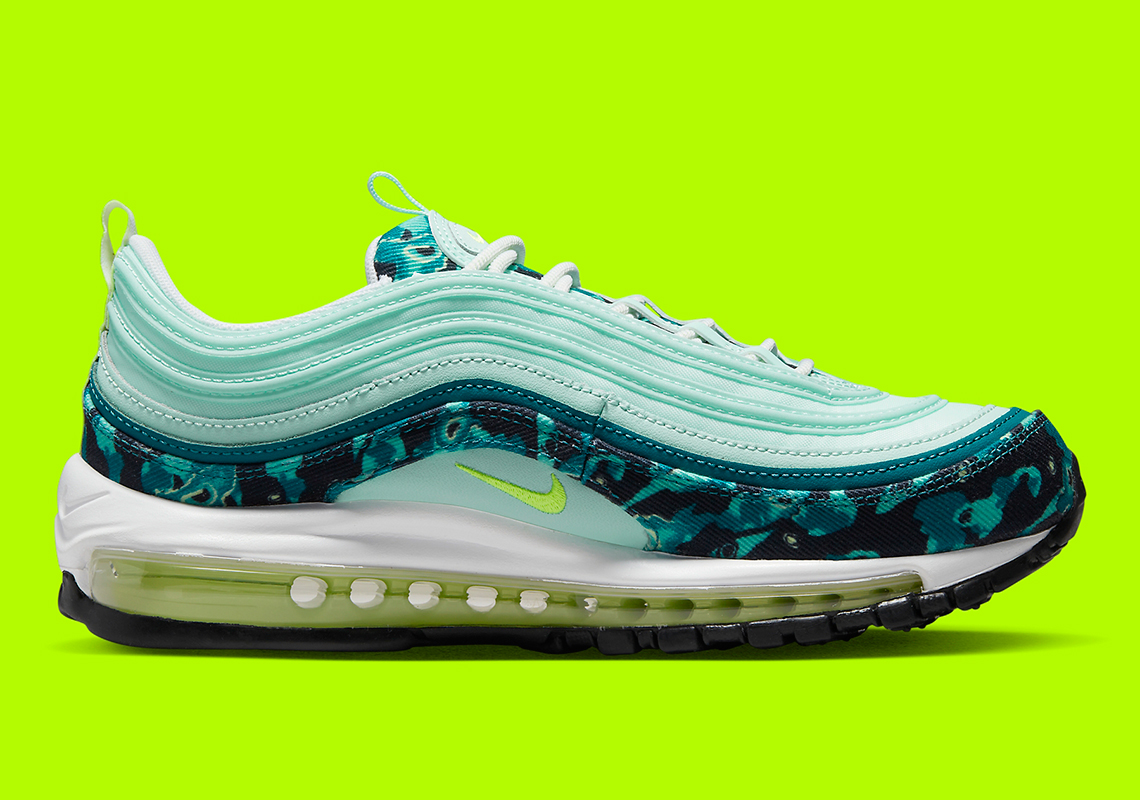 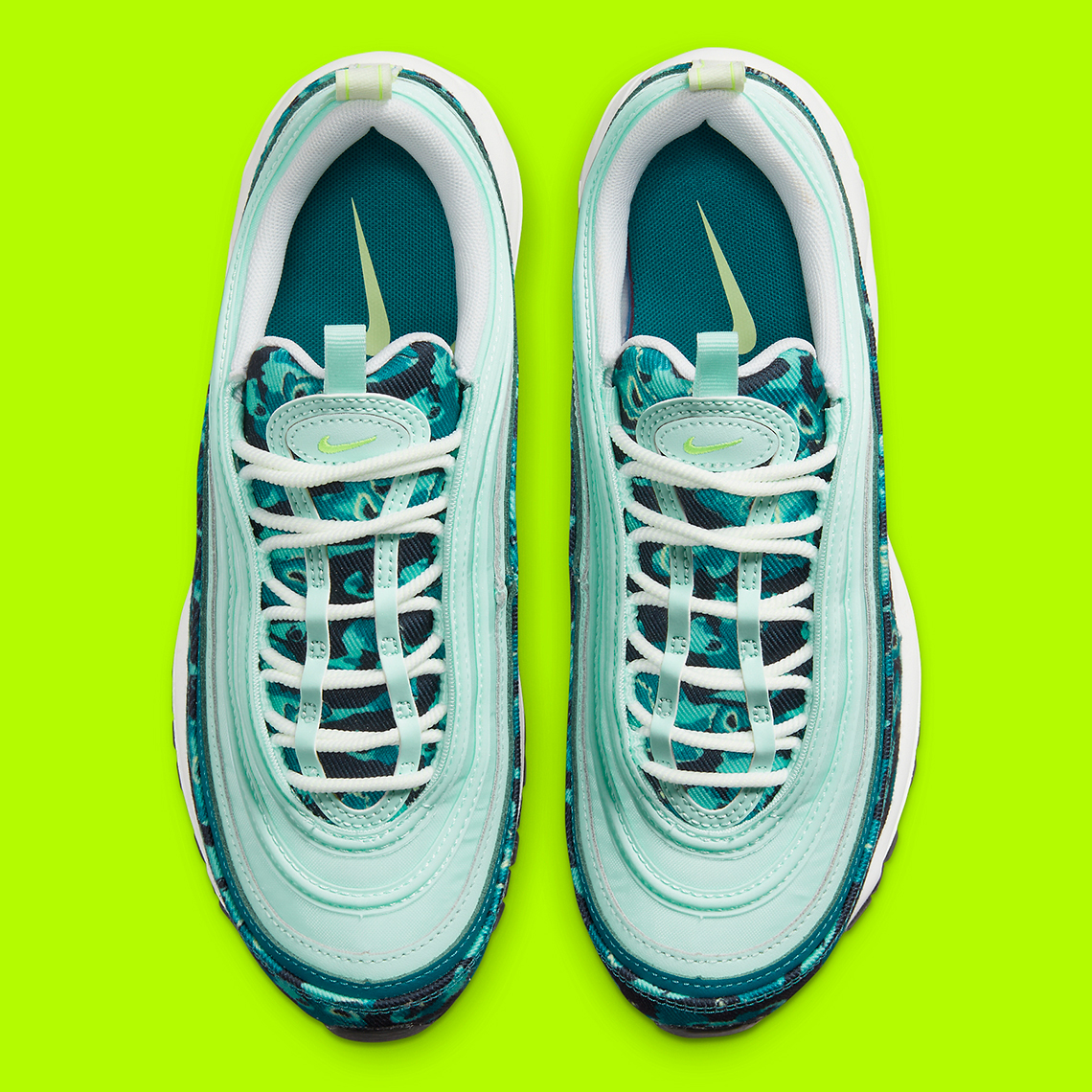 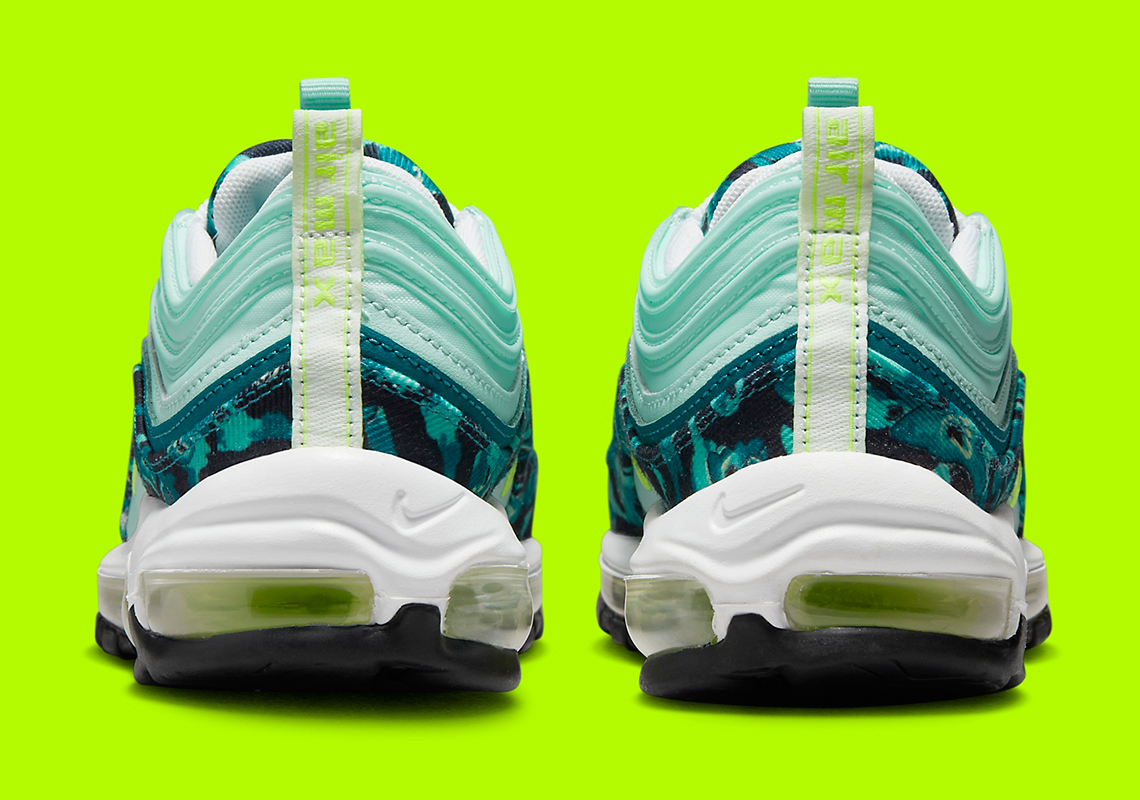 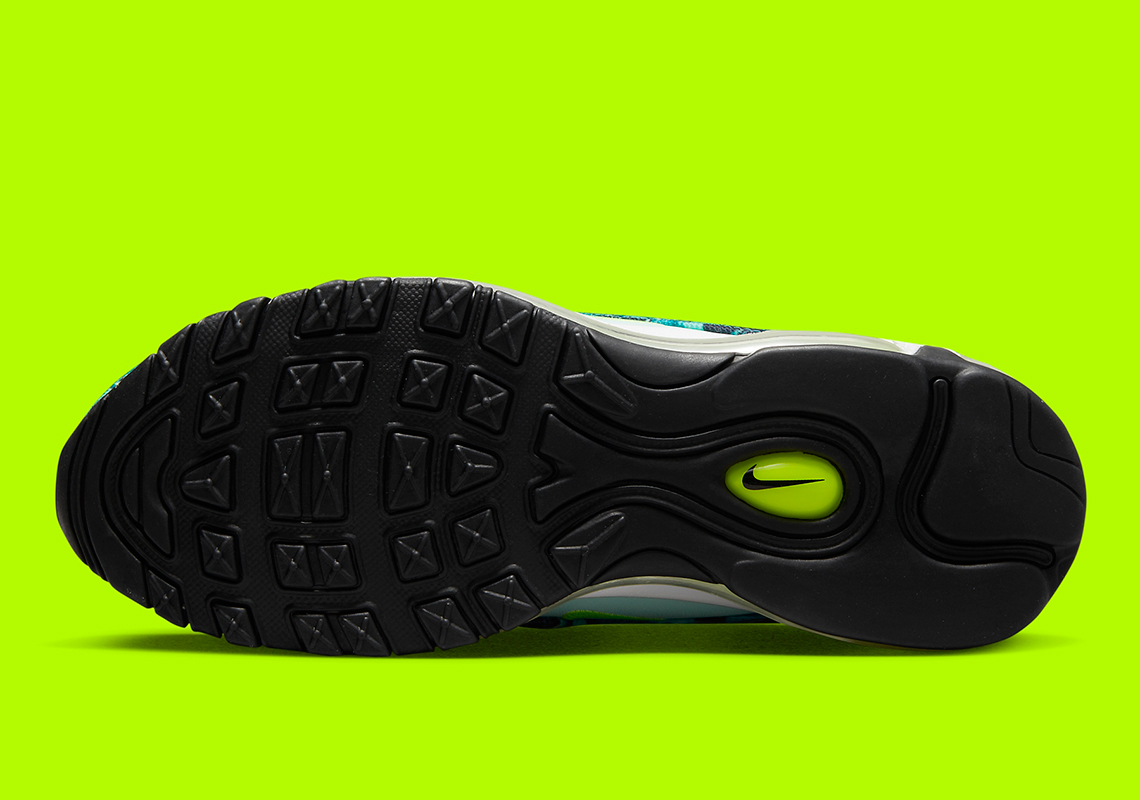 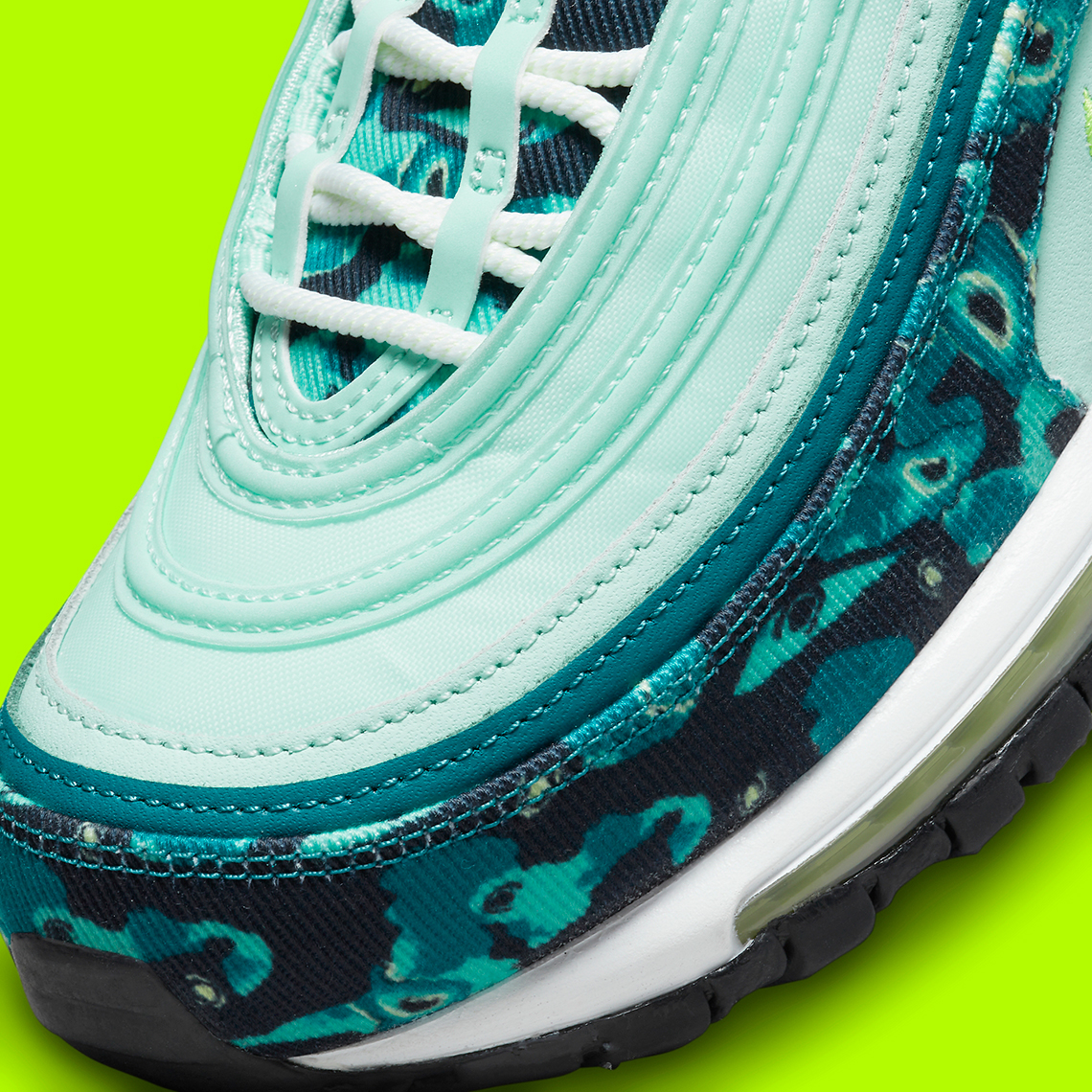 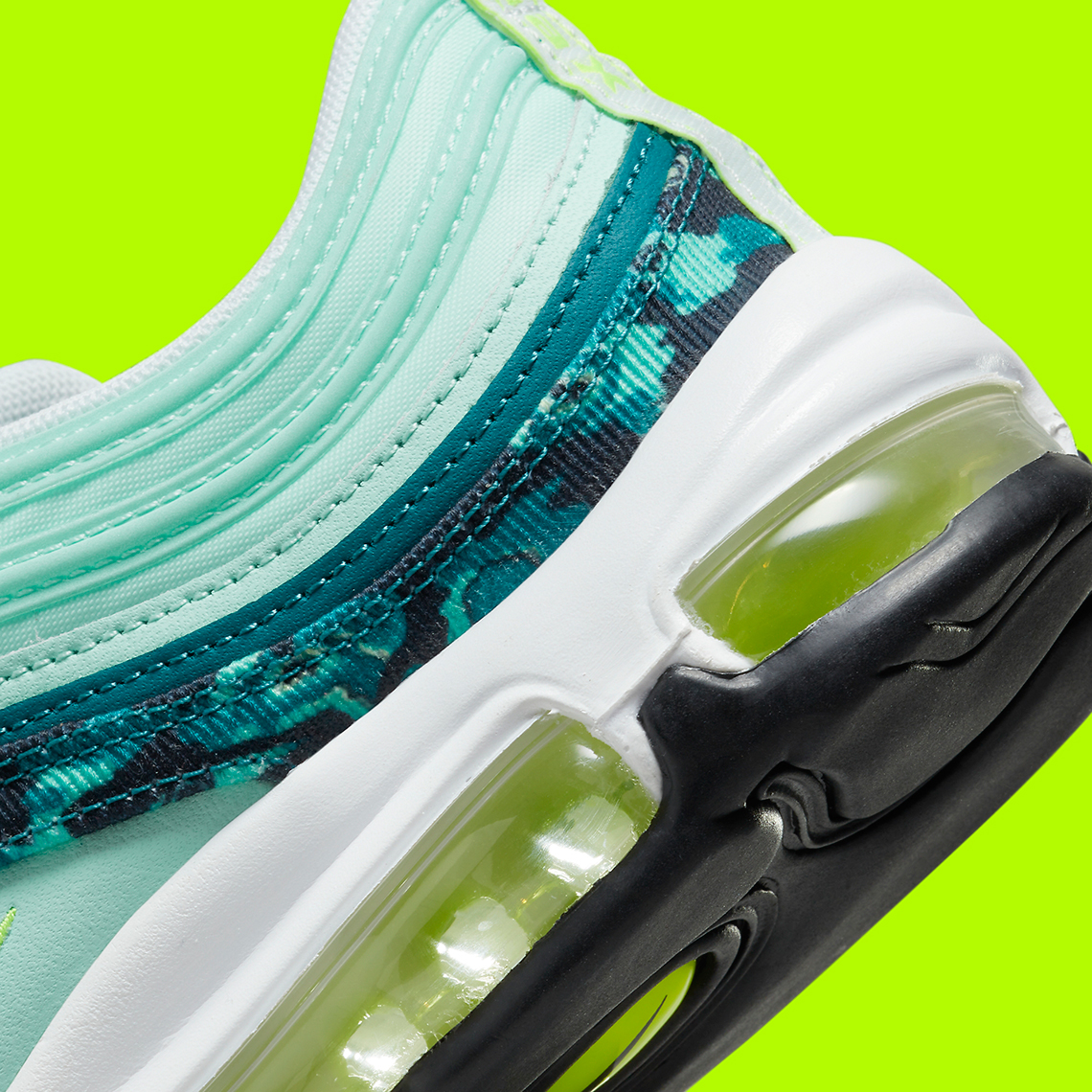