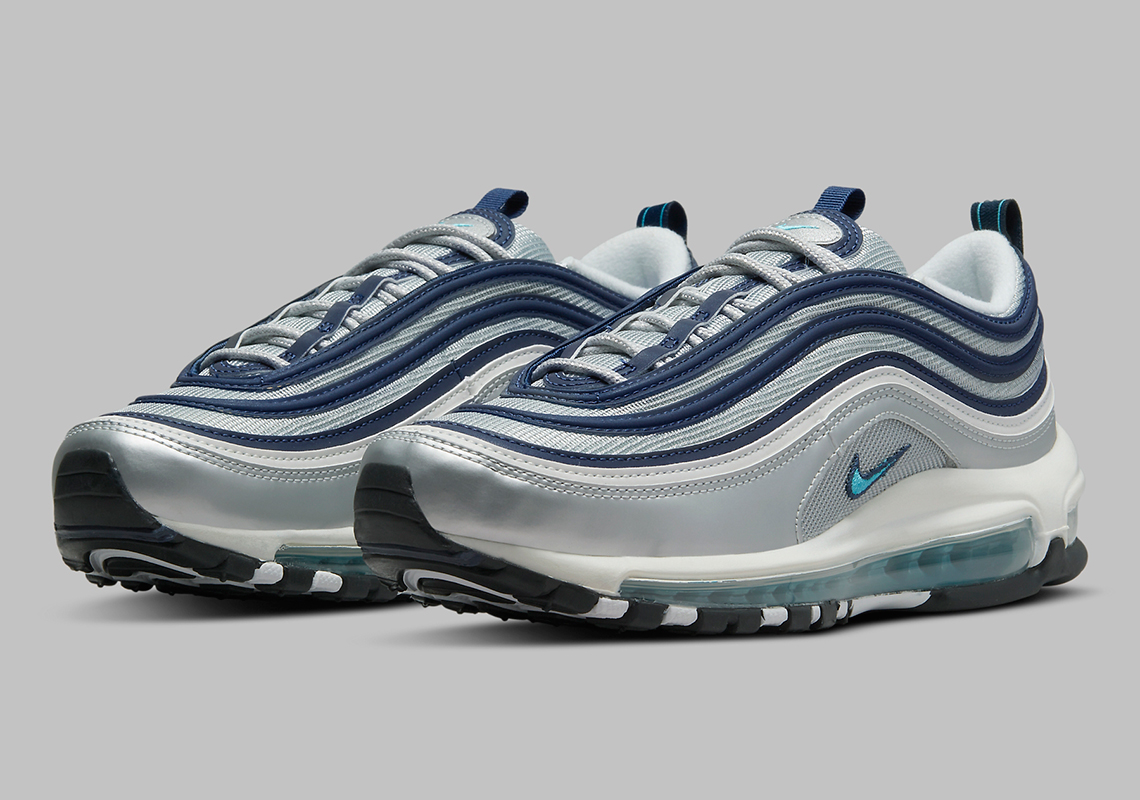 2022 will be a big story for Nike in the second half of the year because this globally popular running retro is celebrating the big two-five. Yes, the Air Max 97 is indeed celebrating its 25th Anniversary, which means the brand is willing to unleash a number of stylish that hit that nostalgic mark. It’s quite fitting that the hurrah is being saved for later this year, because in 1997, the Air Max 97 was only on shelves for a short period of time before the Air Max Plus (aka the Air Max TN) was placed in the spotlight in 1998.

Part of the Air Max 97 OG movement is this Metallic Silver and Chlorine Blue pairing. Confirmed to release in both men’s and women’s sizes (women’s are pictured here), this colorway captures that OG “Polar Obsidian” look with added dark navy tracks on the upper.

Currently, a release date is scheduled for July 29th, but we’ll accept that as tentative as dates continue to get shifted. As of now, you can expect a lot more from the 97 such as the Silver Bullet 97s as well as the OG “Atlantic Blue“. 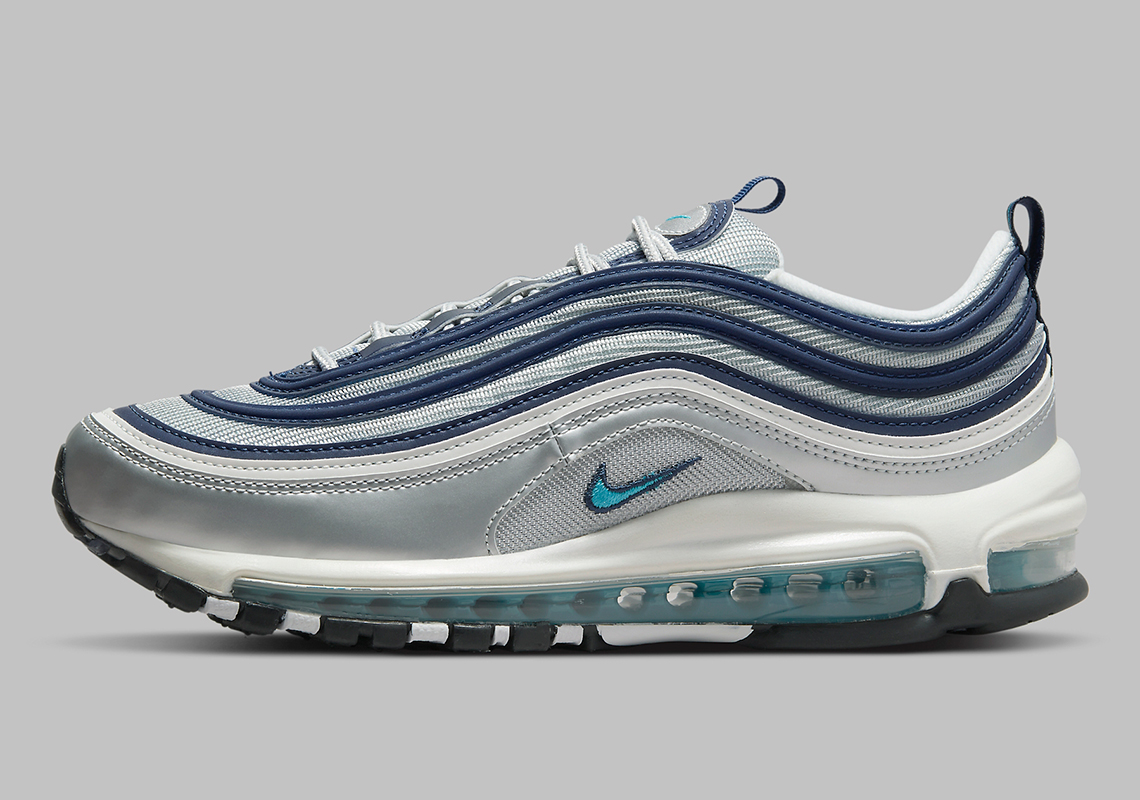 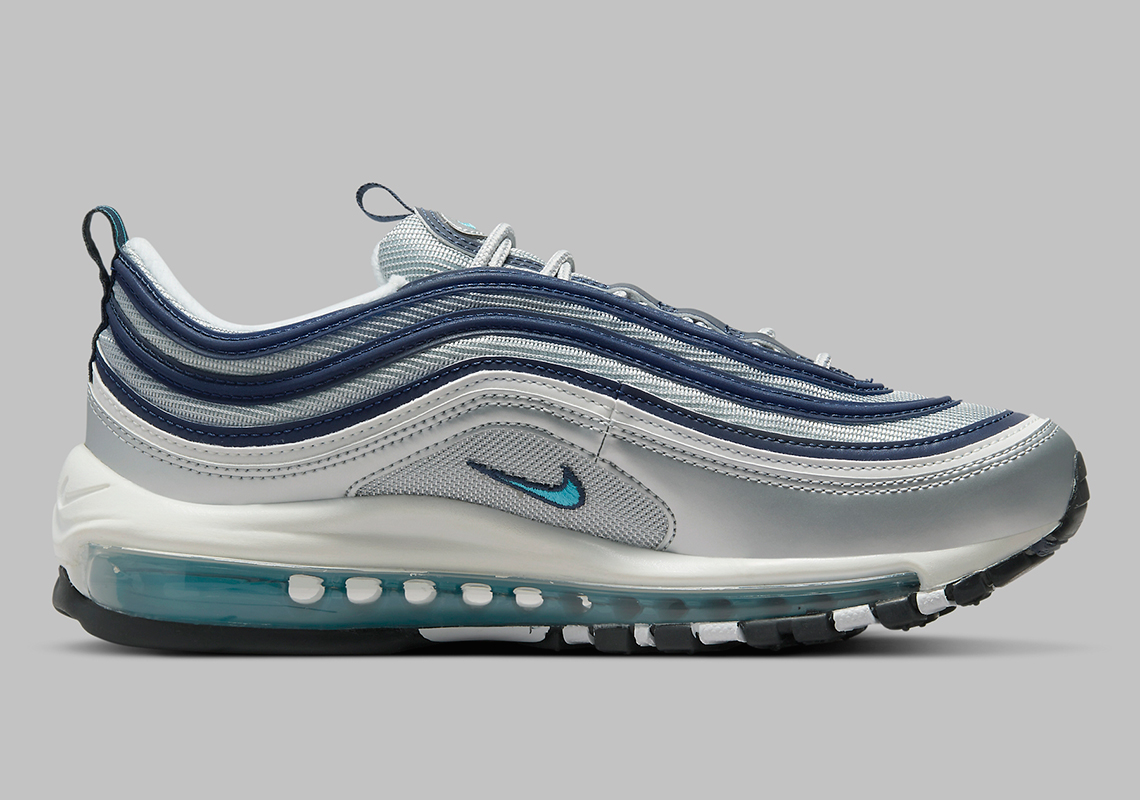 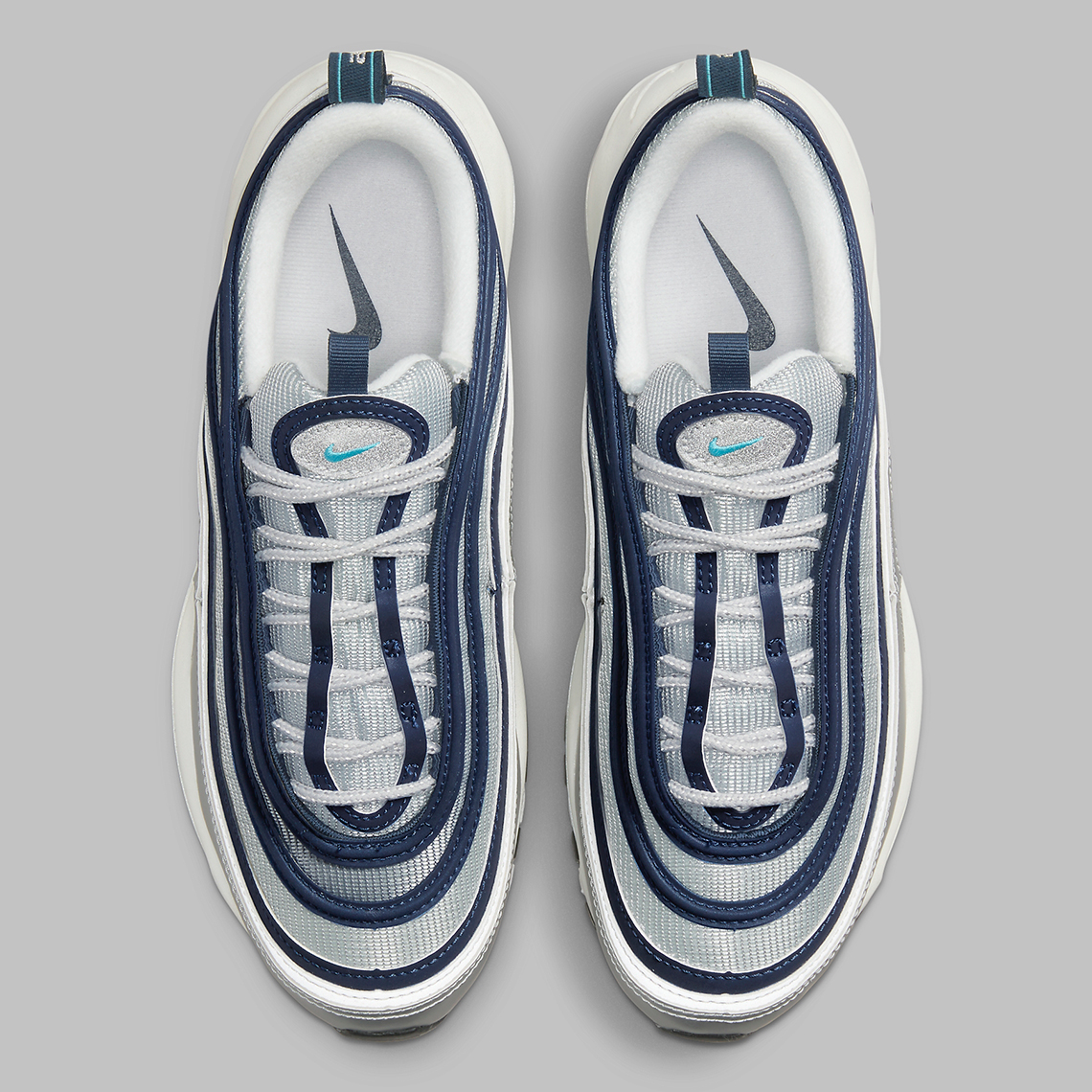 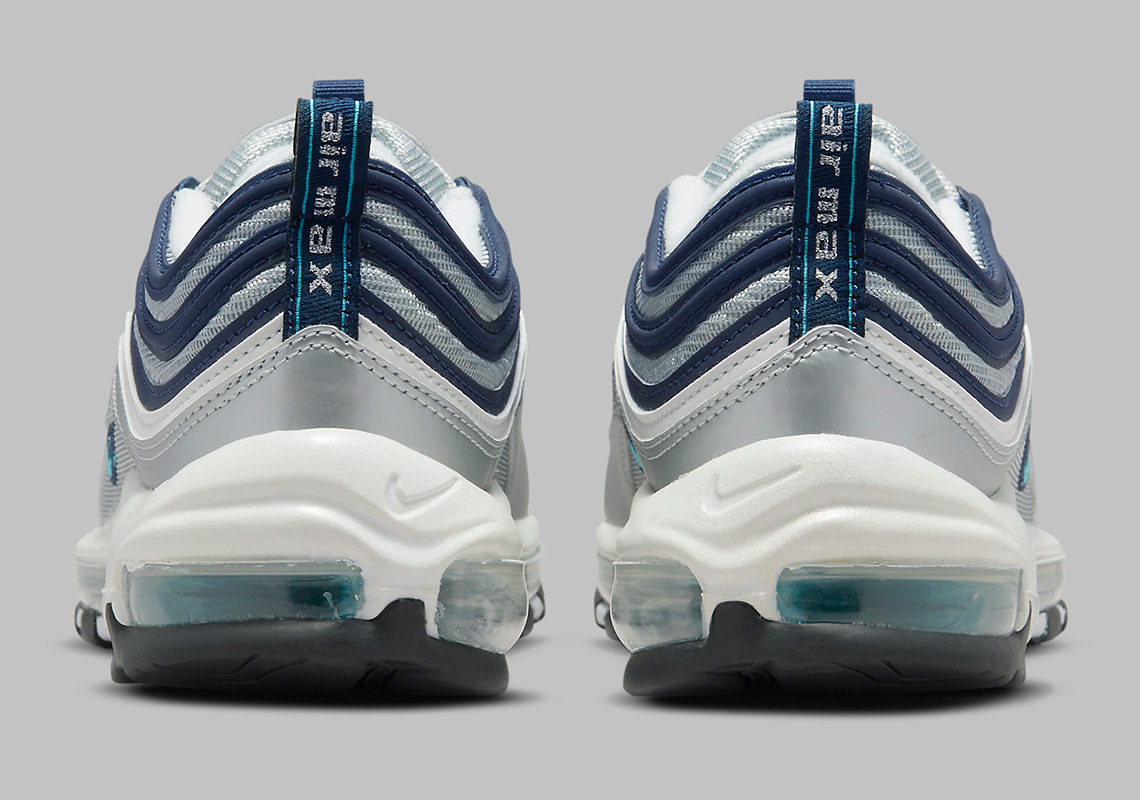 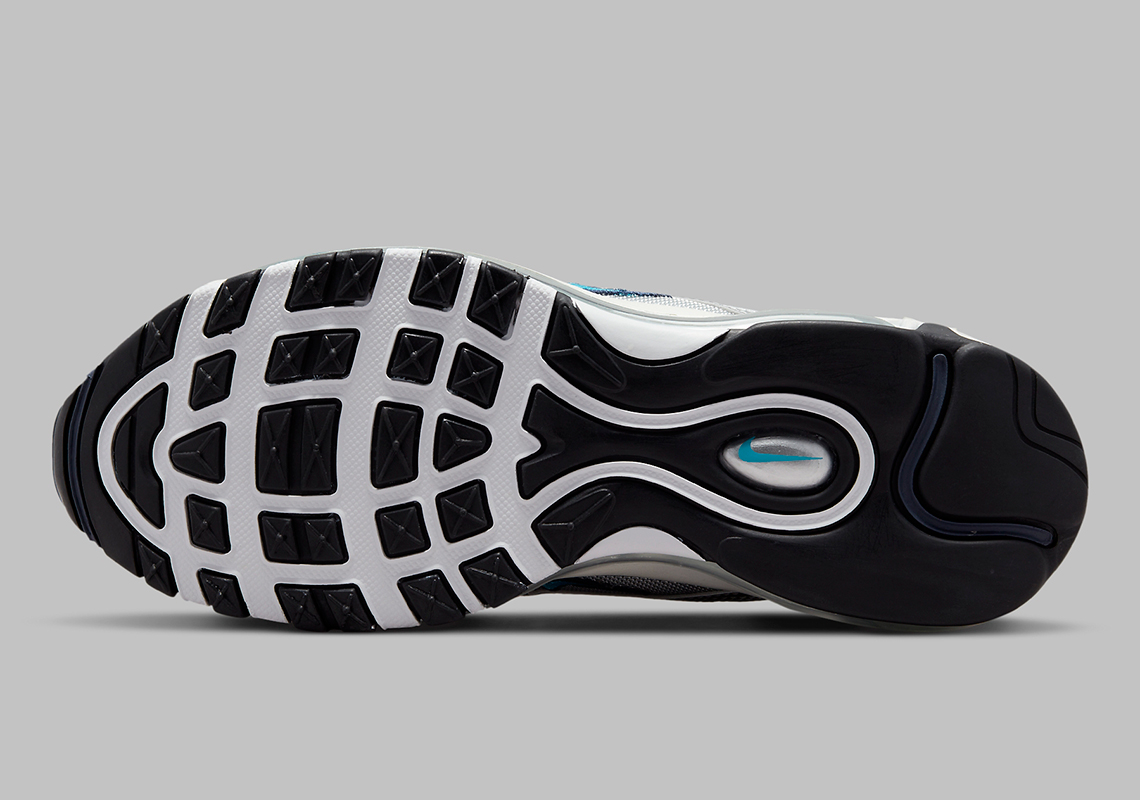 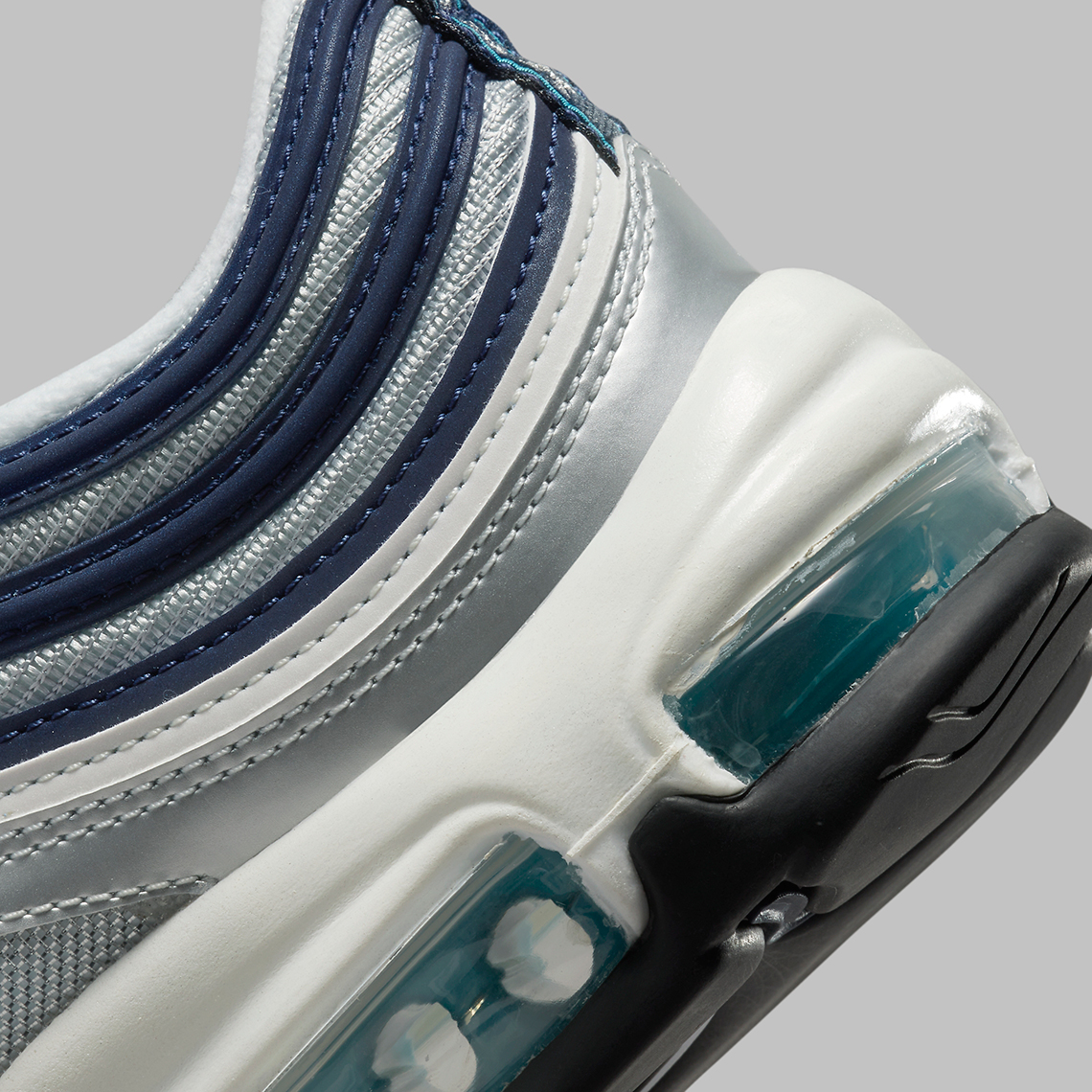 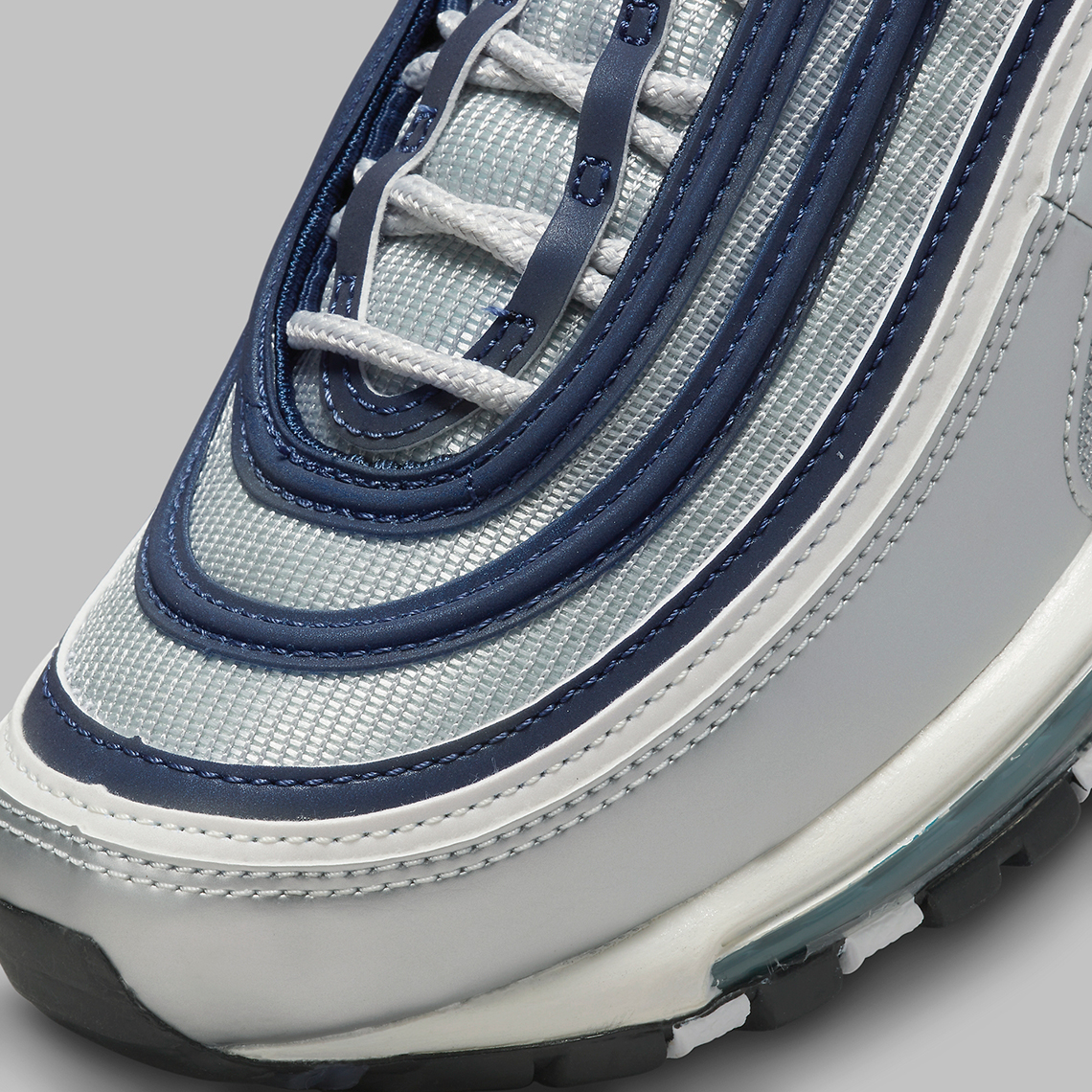