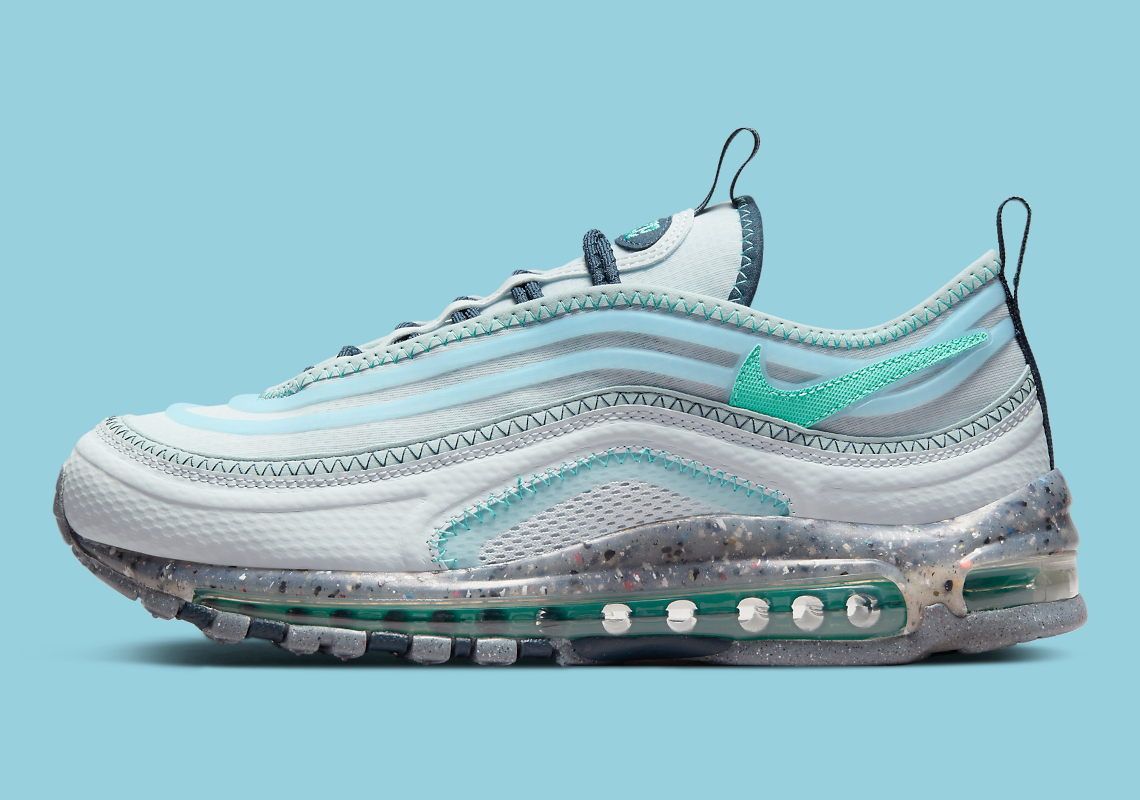 As fans eagerly await for the Nike Air Max 97 to return to original form, the pair is celebrating its milestone 25th anniversary with the Terrascape, a style made in part with recycled and up-cycled materials.

While not the first trail-inspired, sustainable makeover Christian Tresser’s 1997 design has received, the newly-surfaced pair deviates from the earth tones previously seen. Instead, the latest Terrascape Air Max proposition indulges in an understated grey-covered base and sea-reminiscent blue and green flair across branding, stitching and other components throughout the shoe. Mesh, textile and fuse-reminiscent material make up the sneaker’s upper, with experimental touches like off-kilter lateral swooshes and seemingly-haphazard stitching playing their role in the Air Max 97‘s experimentation. Underfoot, traditional sole units are also given the “Terrascape” treatment as midsoles and outsoles don Nike Grind, a compound made from leftover manufacturing floor scraps.

Enjoy official images of the pair ahead, and anticipate a Nike SNKRS launch as summer gets going.

For more from under the NIKE, Inc. umbrella, check out the upcoming Air Jordan 11 Low styles. 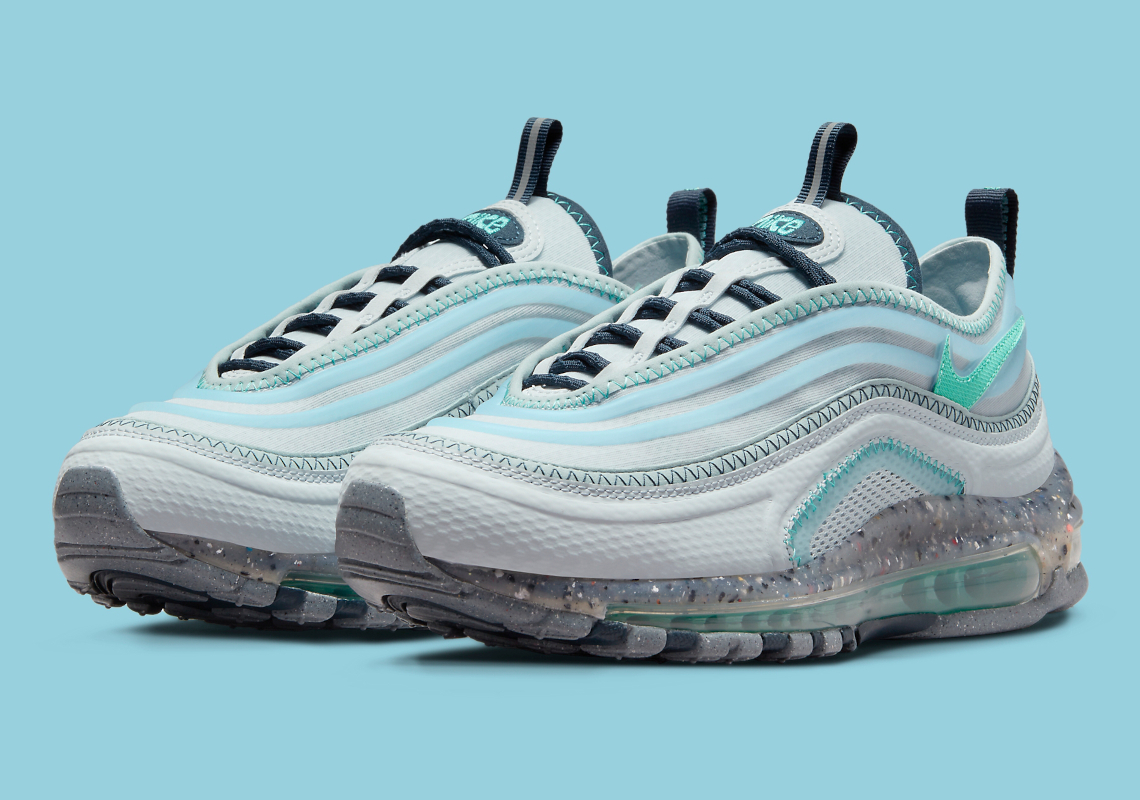 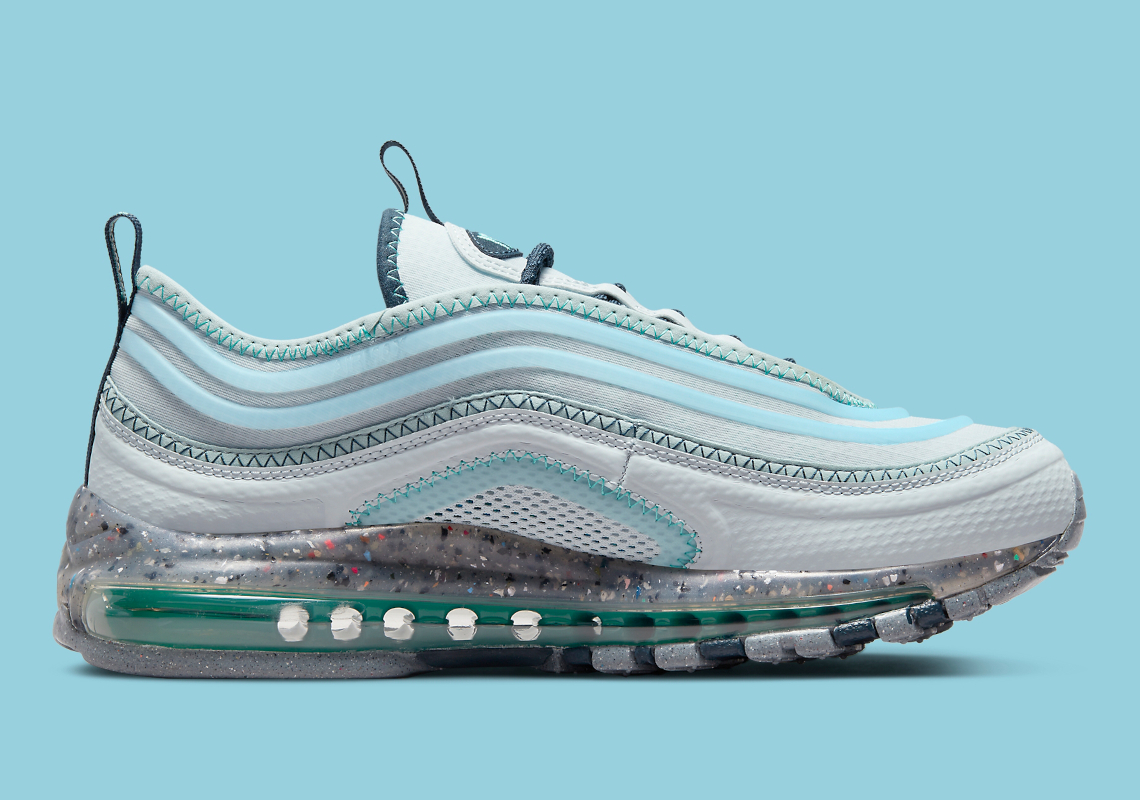 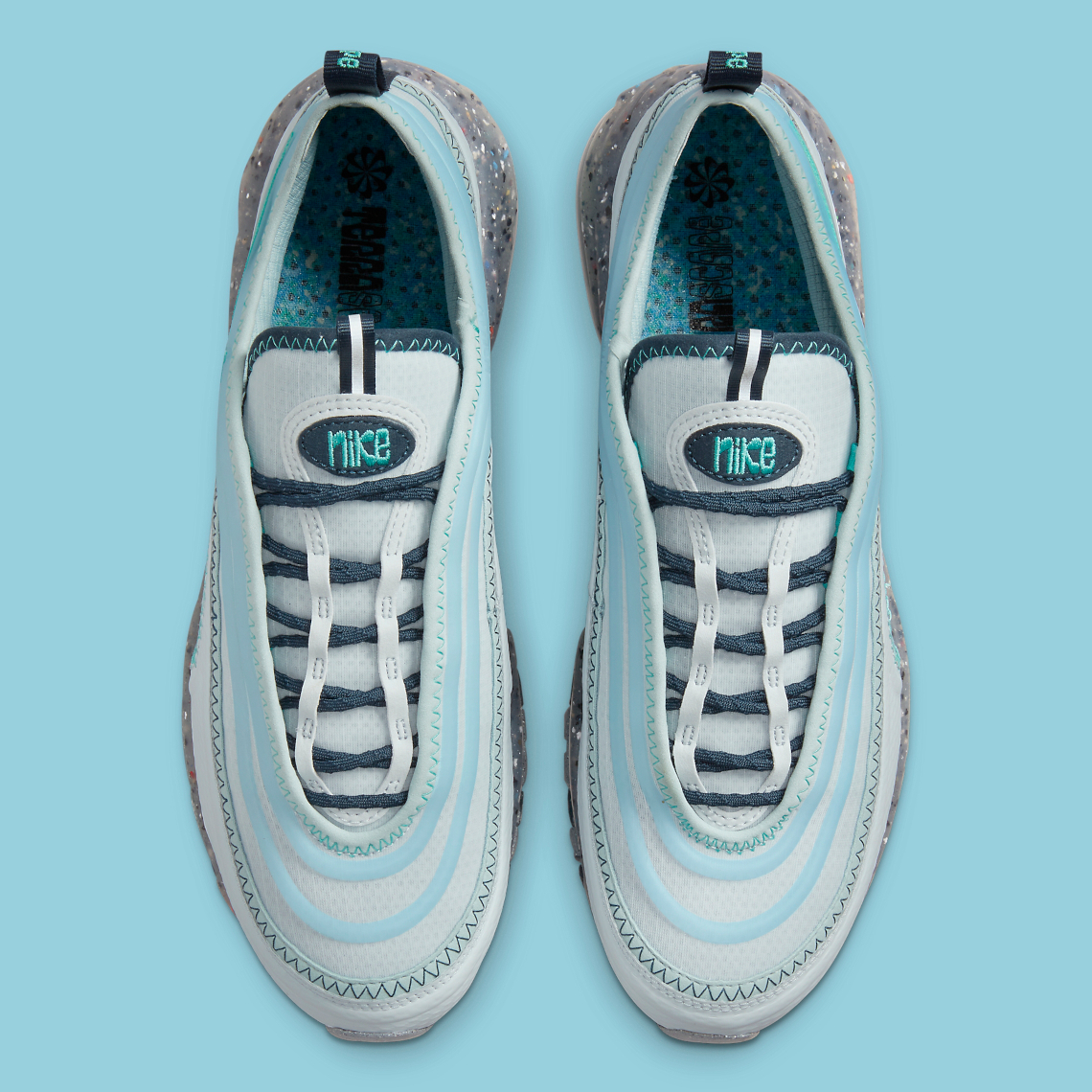 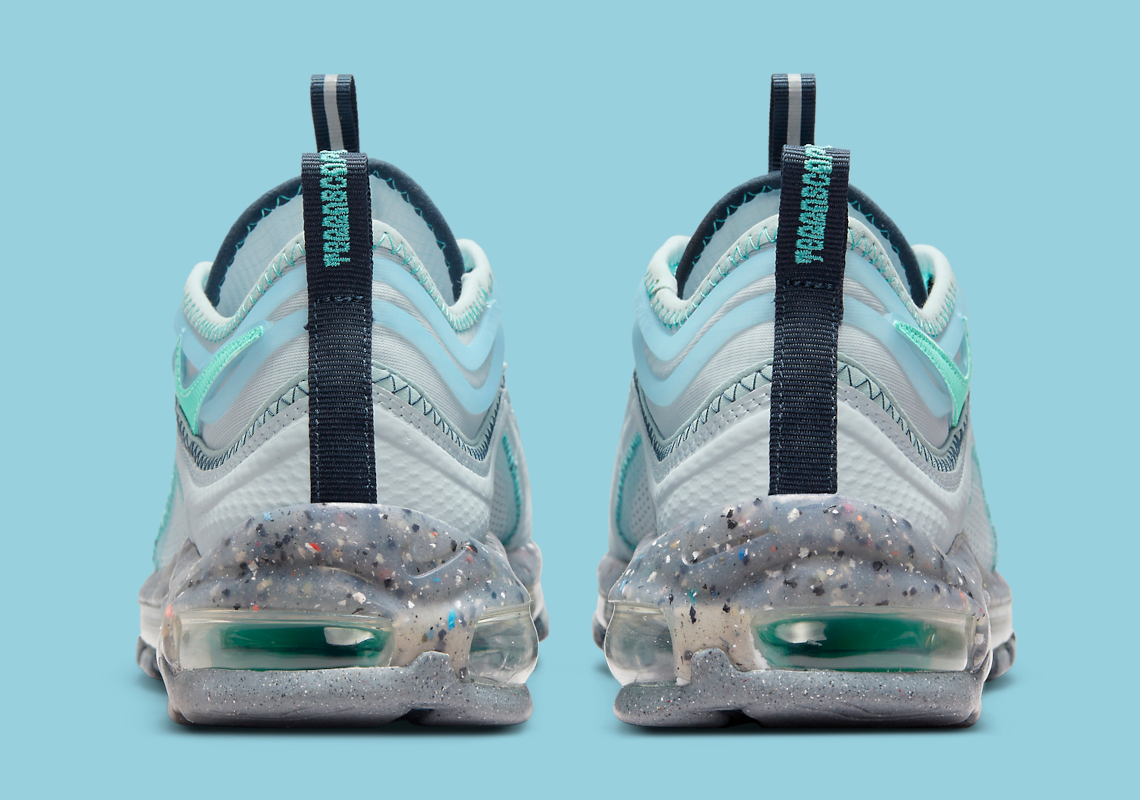 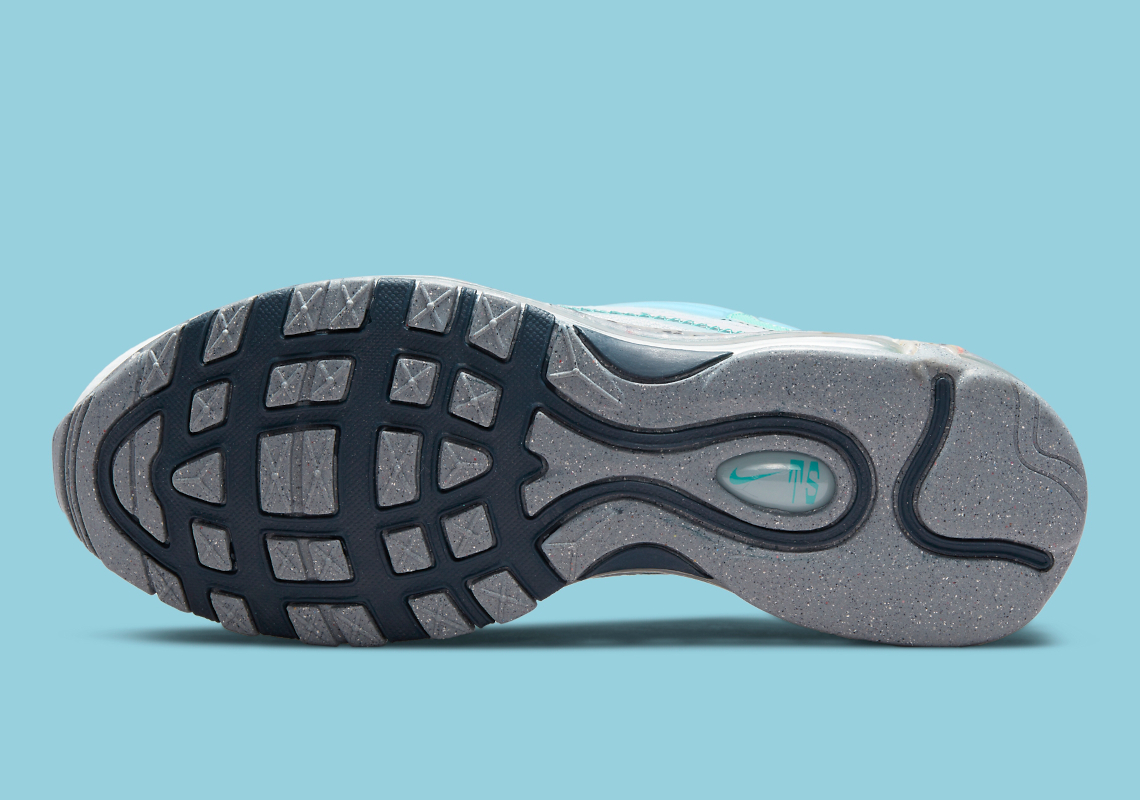 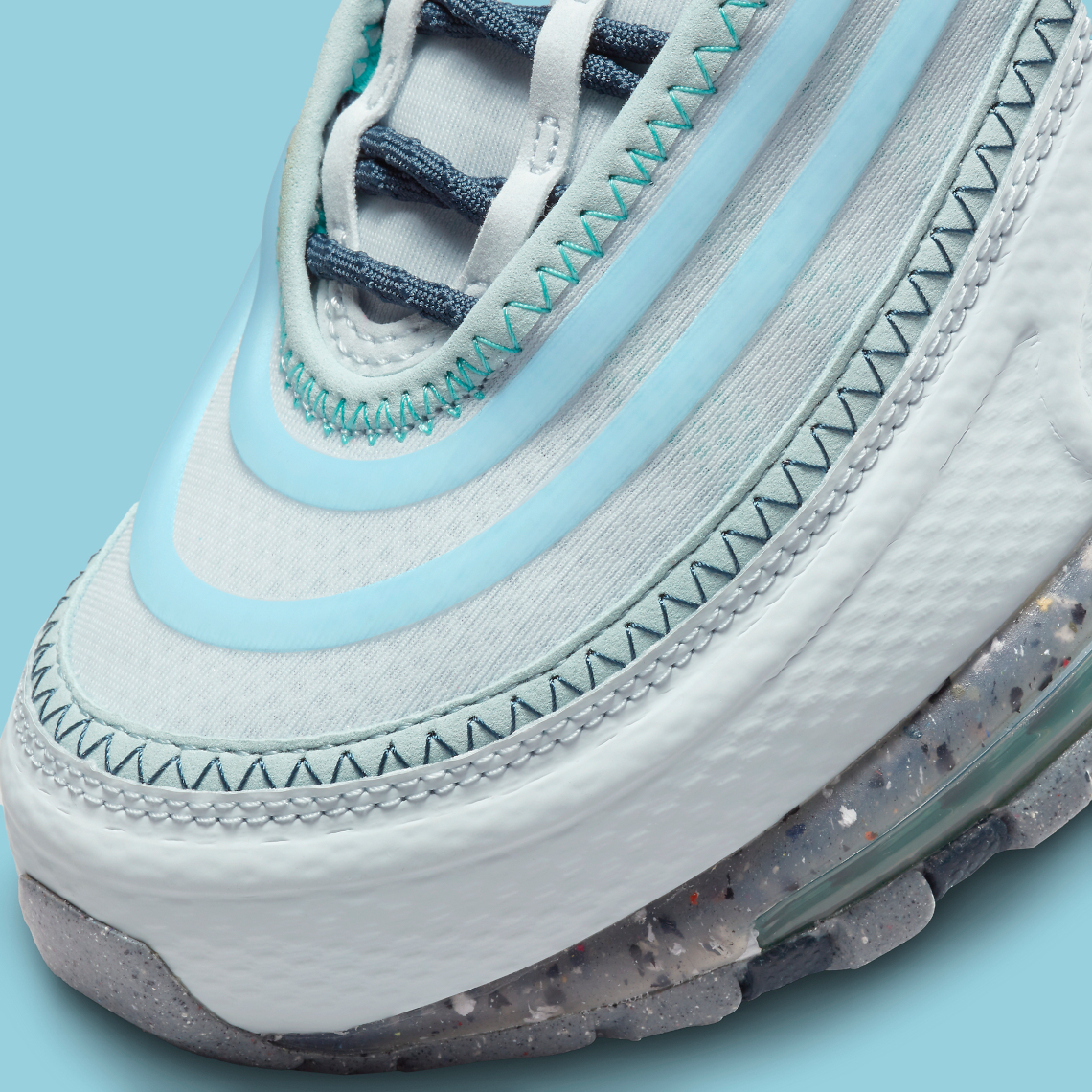 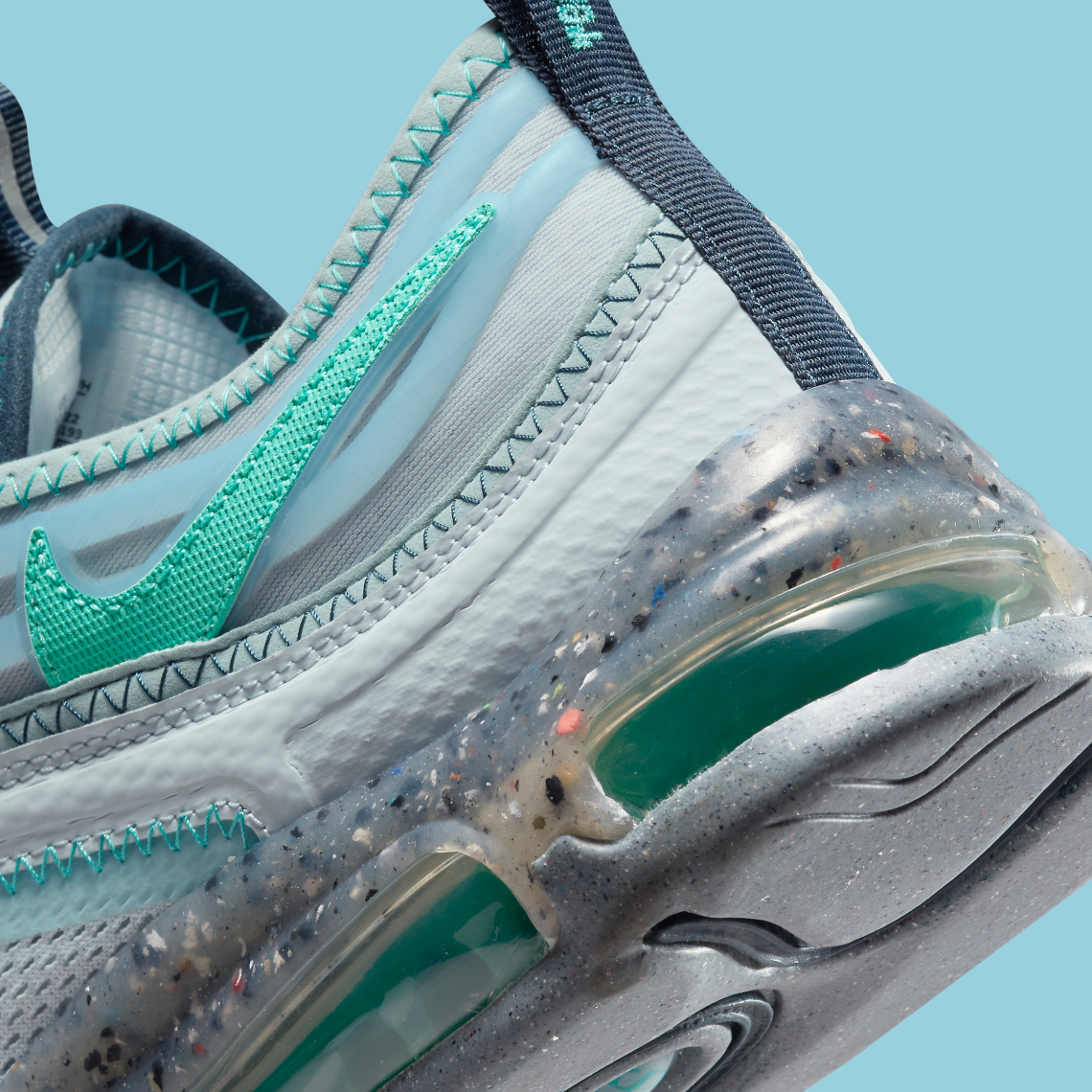 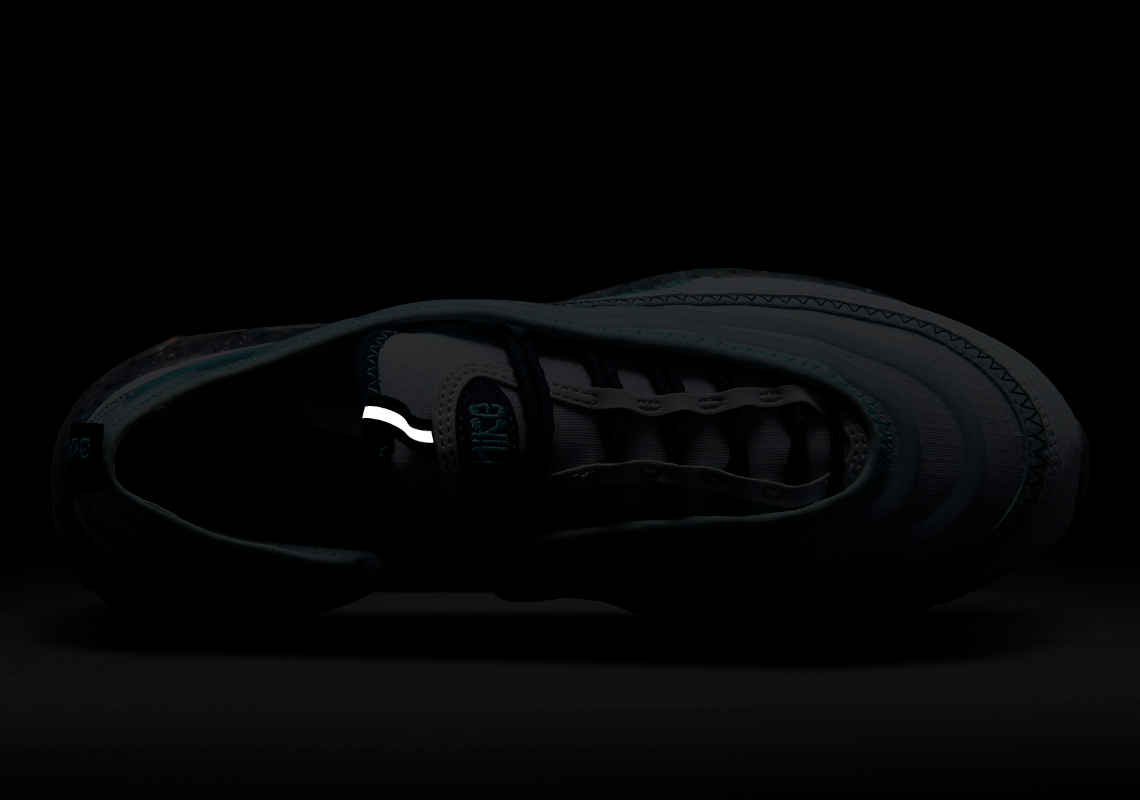