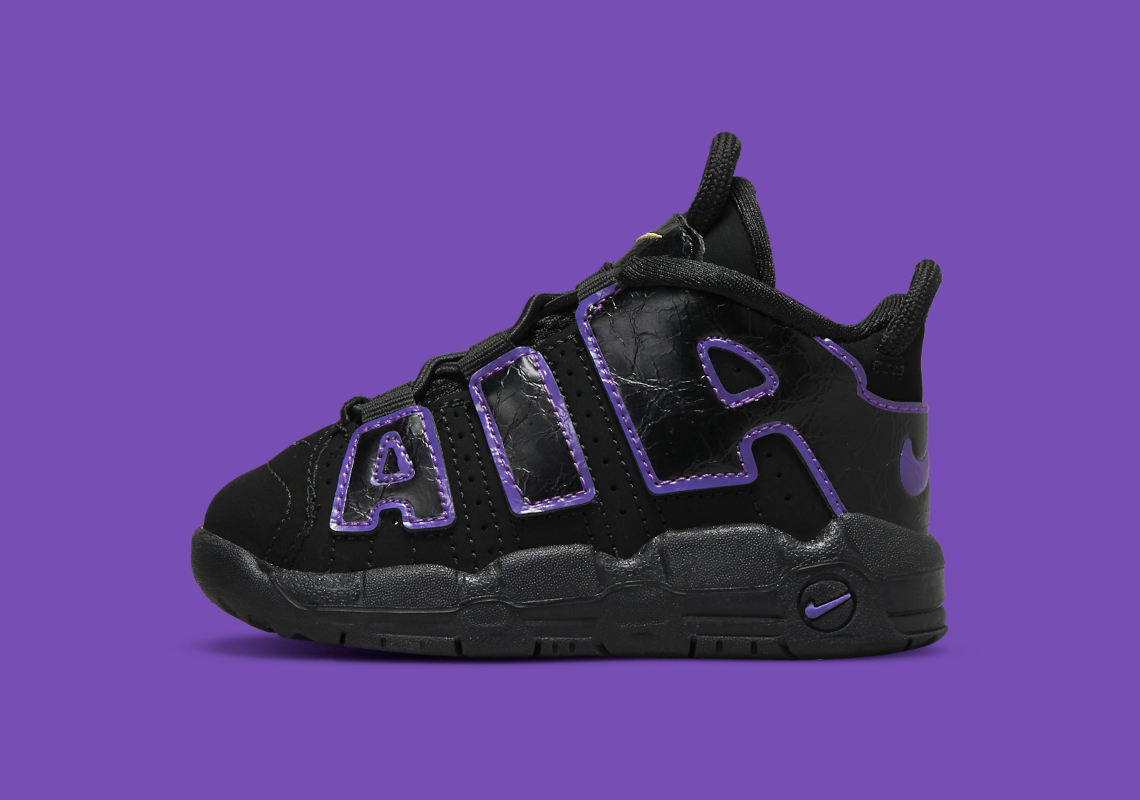 While beloved for its on-the-court colorways, the Nike Air More Uptempo has gone on to garner attention off-the-court for its experimental, retro arrangements since the mid-1990s. Recently, the Scottie Pippen-associated silhouette emerged in a clean “Black” and “Purple” color combination.

Akin to a newly-surfaced “Black/Royal” pair, the upcoming take on the Wilson Smith-designed basketball shoe from 1996 opts for a near tonal “Black” ensemble across its upper and sole unit. Pop art-inspired “AIR” letters on the profiles feature a regal purple trim that instantly harkens back to the debut Air More Uptempo, while also delivering a refreshing look to the Swoosh’s roster of footwear products. Each exaggerated letter along the profiles boasts a glossy, cracked finish that proffers further experimentation to the beloved hoops-ready sneaker’s legacy. Swoosh logos at the toe, spine and sole unit also favor the pair’s titular “Purple” flair.

No firm Nike.com release details have been disclosed by the brand, but that’s likely to change as the summer gets going. Additionally, larger kids sizes are likely coming as well.

In other news, the Air Jordan 1 Low has recently appeared in a handful of new styles, if you need new pairs for summer. 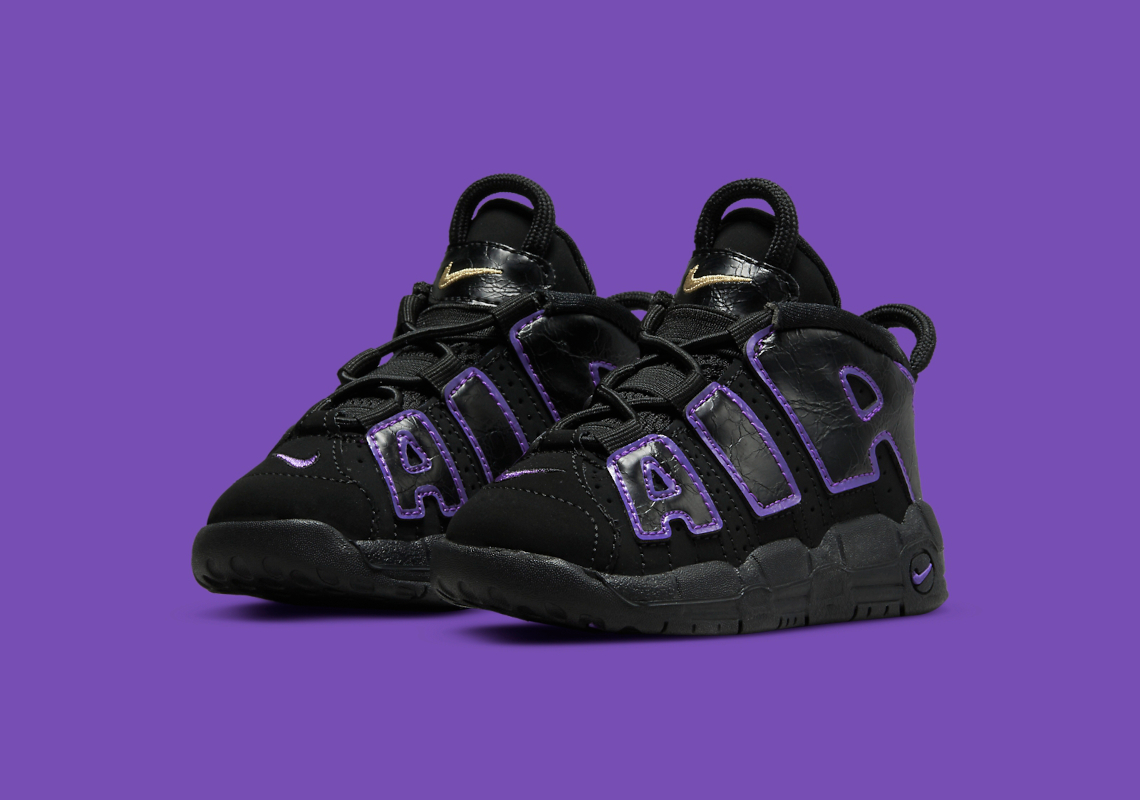 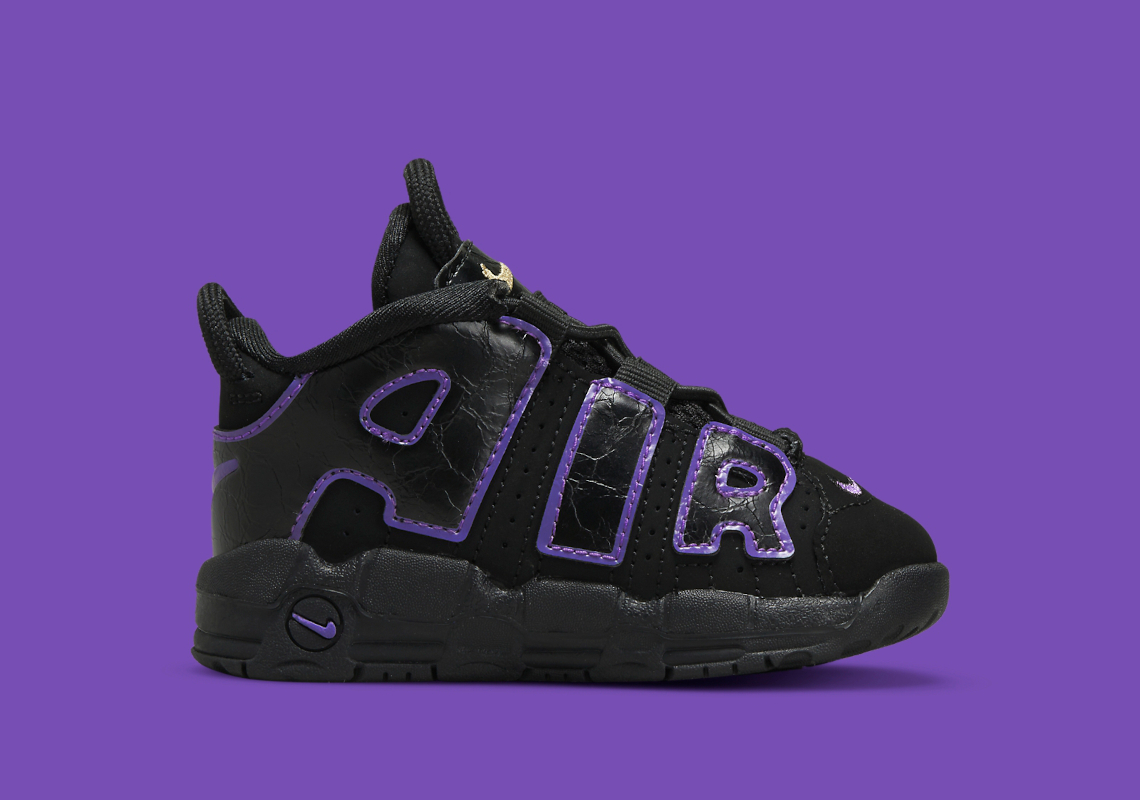 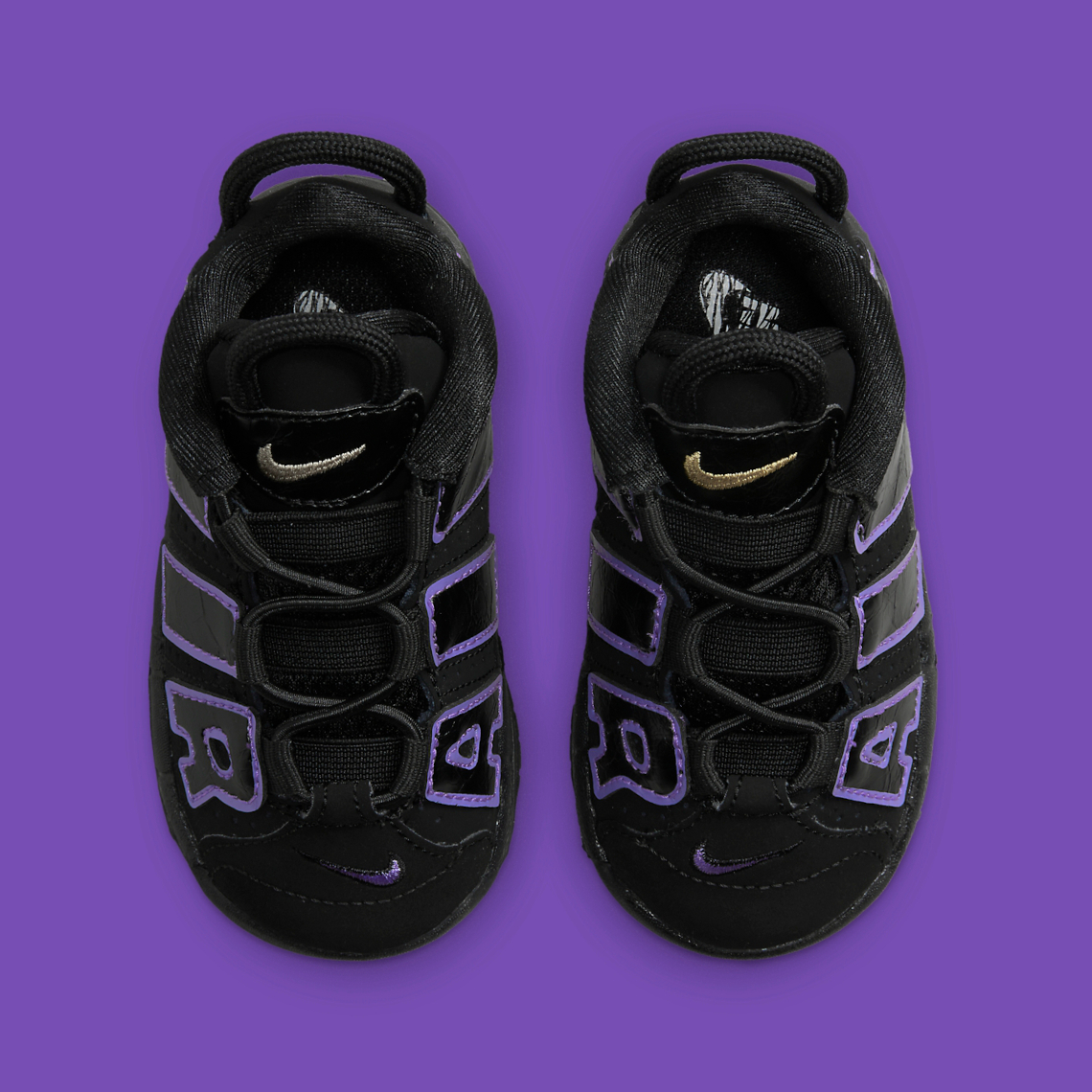 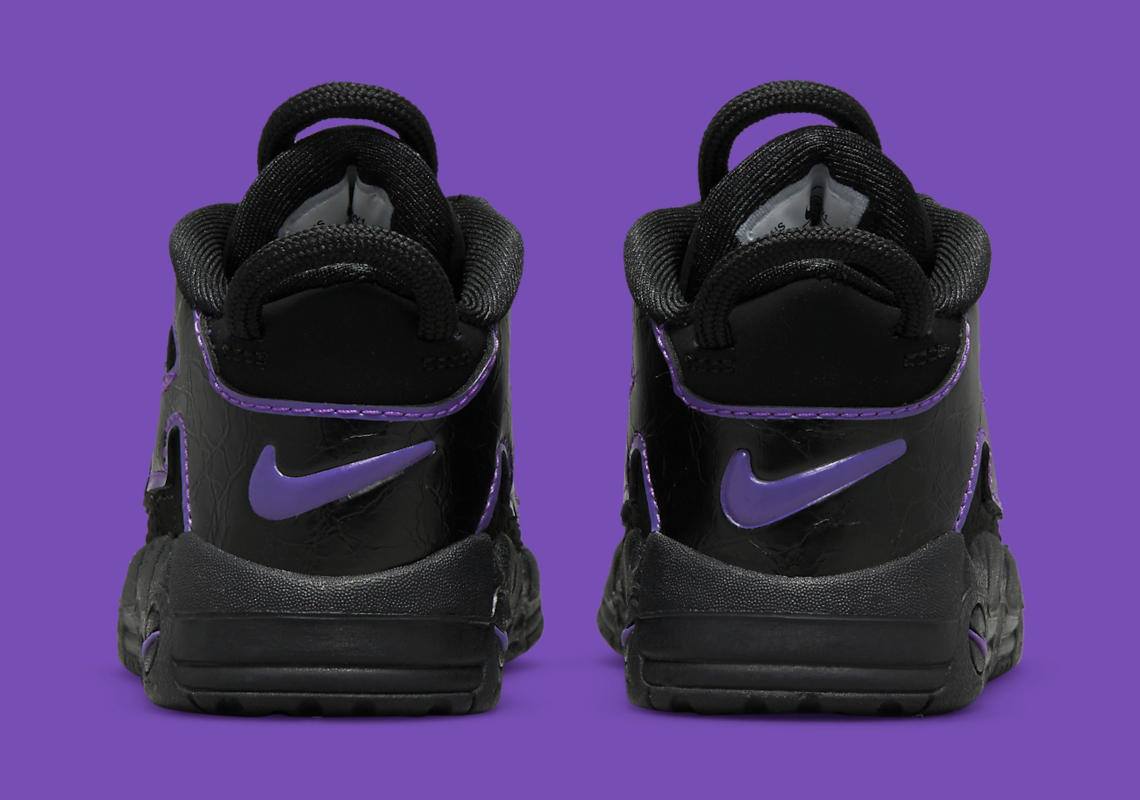 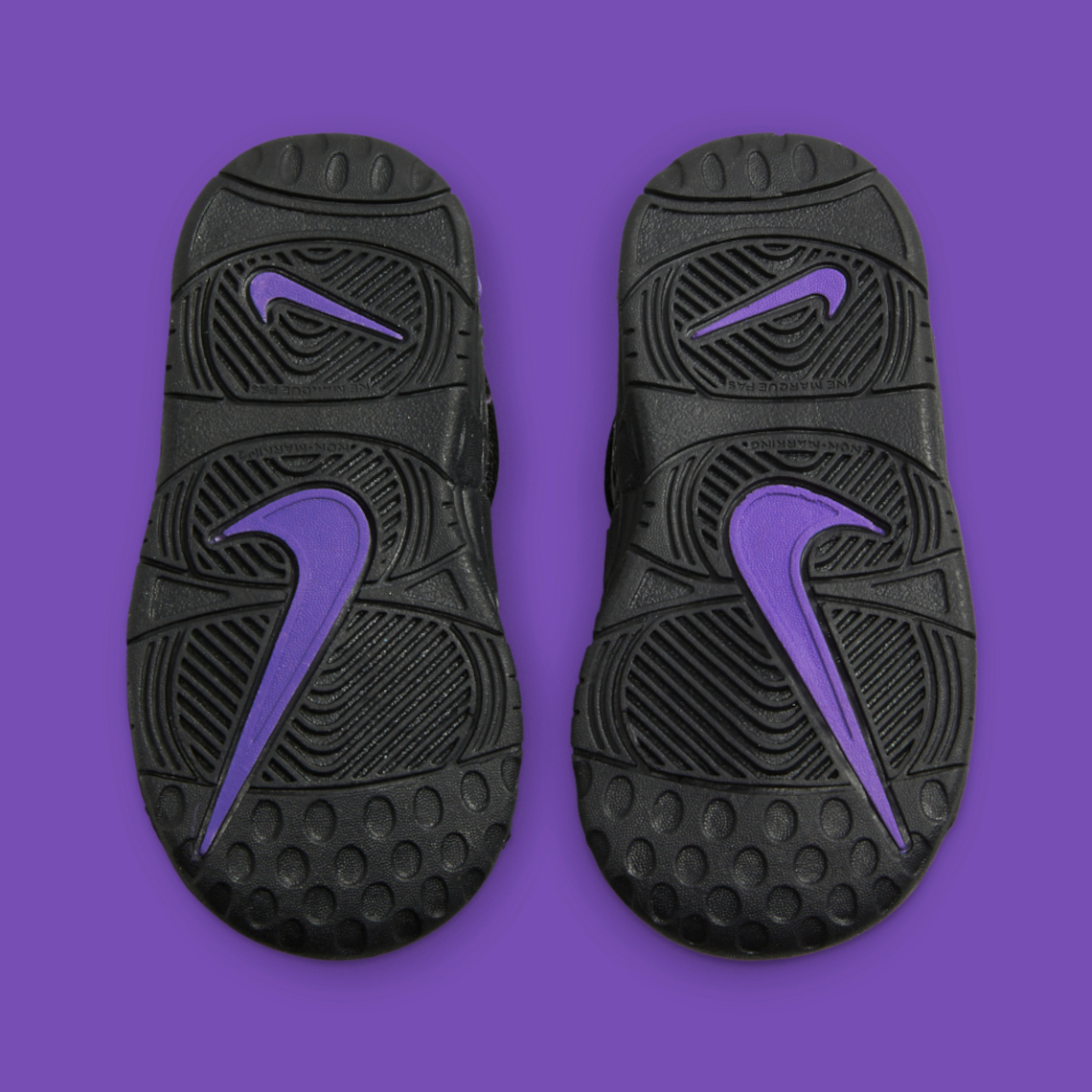 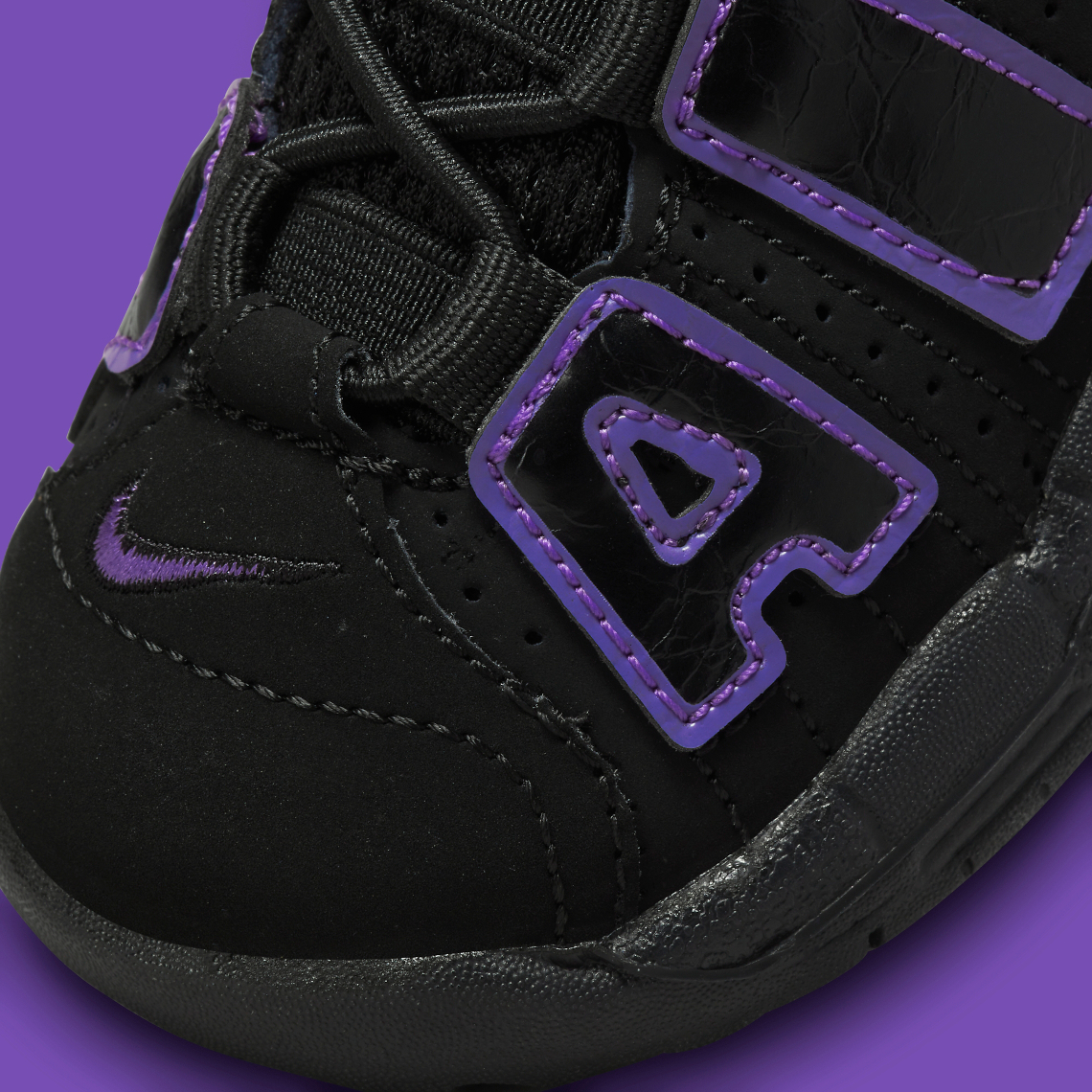