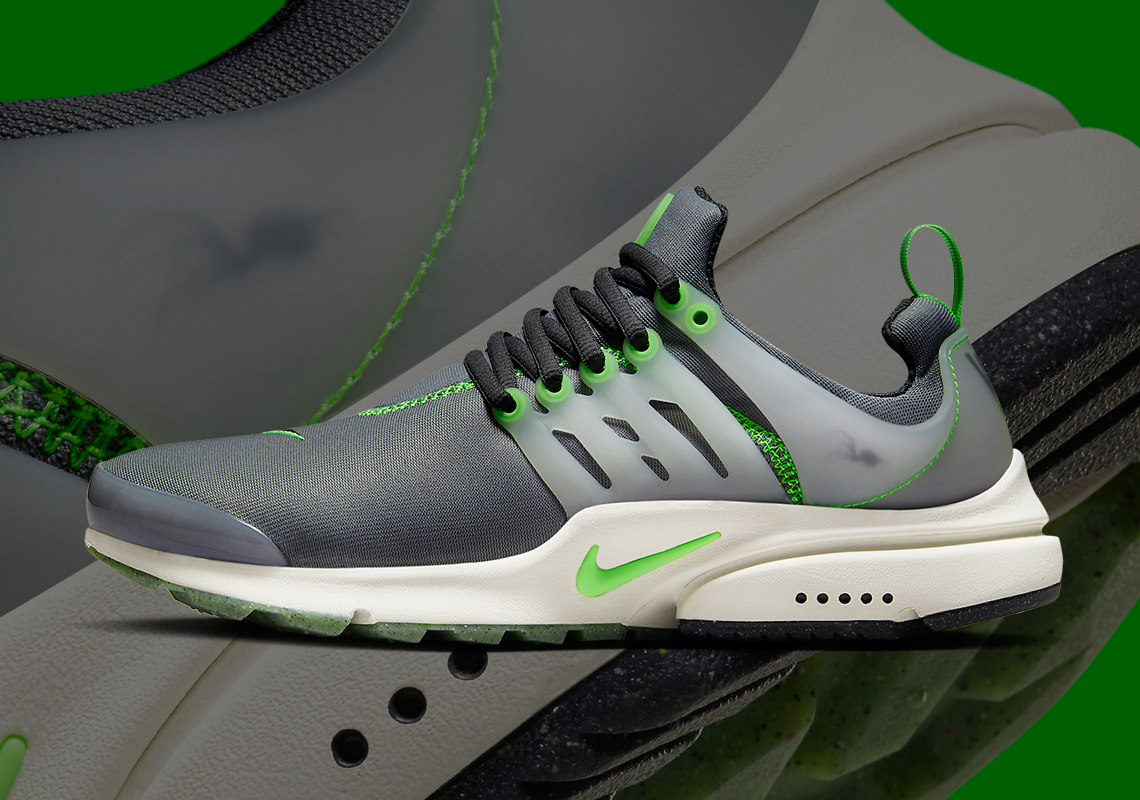 It’s never too early to start preparing for the spookiest time of the year, or at least that’s been the notion of The Swoosh over the past few months having already graced the Nike Dunk Low and Air Force 1 Mid in eerie black and neon renditions ready for the scariest holiday of the year. When it comes to the famed Nike Air Presto, the Beaverton-based brand is releasing an assembly of arachnids throughout the silhouette in line with their Halloween collection.

The “Off Noir” color scheme elects for a “Smoke Grey” treatment cascading over the mesh majority alongside “Anthracite” colored laces and heel collar. The model is highlighted with “Scream Green” accents complimenting the greyscale spectrum throughout the eyelets, upper stitching, heel pull tab and both the vamp and midsole swooshes. The “Sail White” midsole balances the tonal spectrum as the matching scheme appears on the partially translucent white cage that makes the underlying crawling spiders ever so visible. Shadows evoke a creepy aesthetic materializing in a forest green background swoosh on the vamp and elongated NIKE Halloween branding on the back tab as the speckled rubber outsole completes the Fall-ready look.

Enjoy official images of the latest Nike Air Presto while we anticipate a potential release in October, but due to last October’s postponement as a result of shipping and freight issues, these could be delayed.

In other Presto related news, the Mid Utility version is additionally prepping for Fall weather with a “Anthracite/University Blue” proposition. 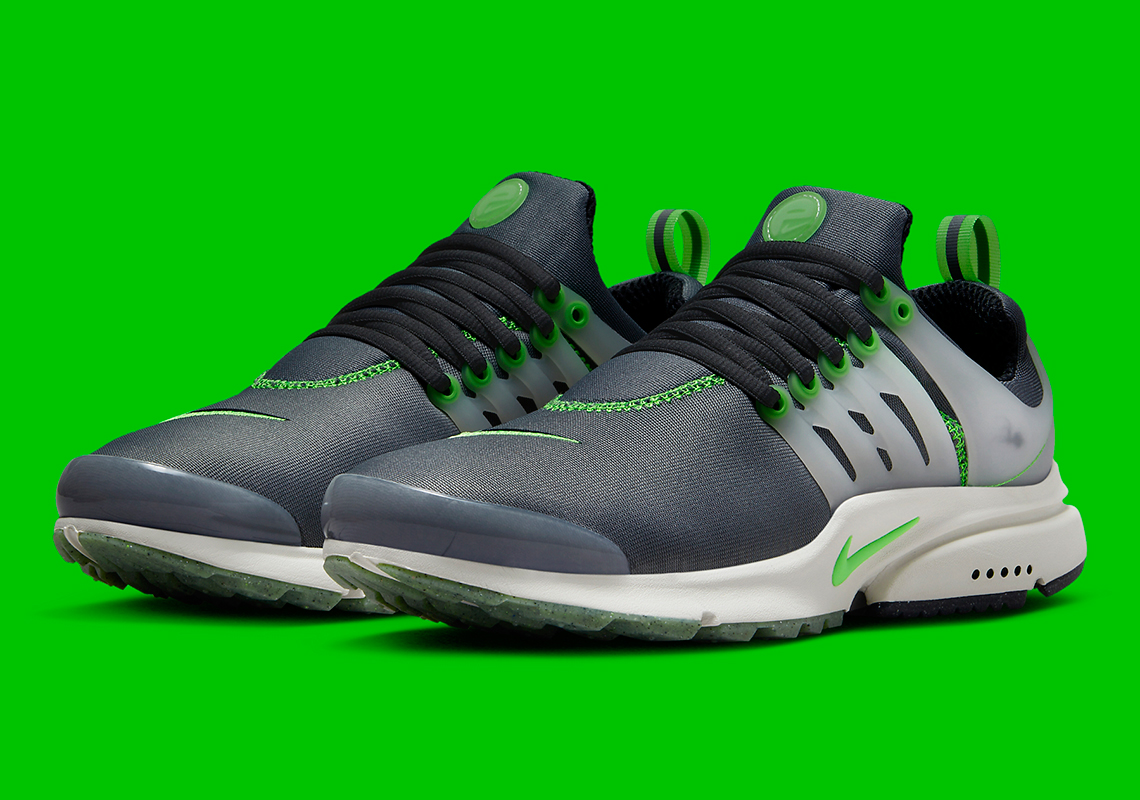 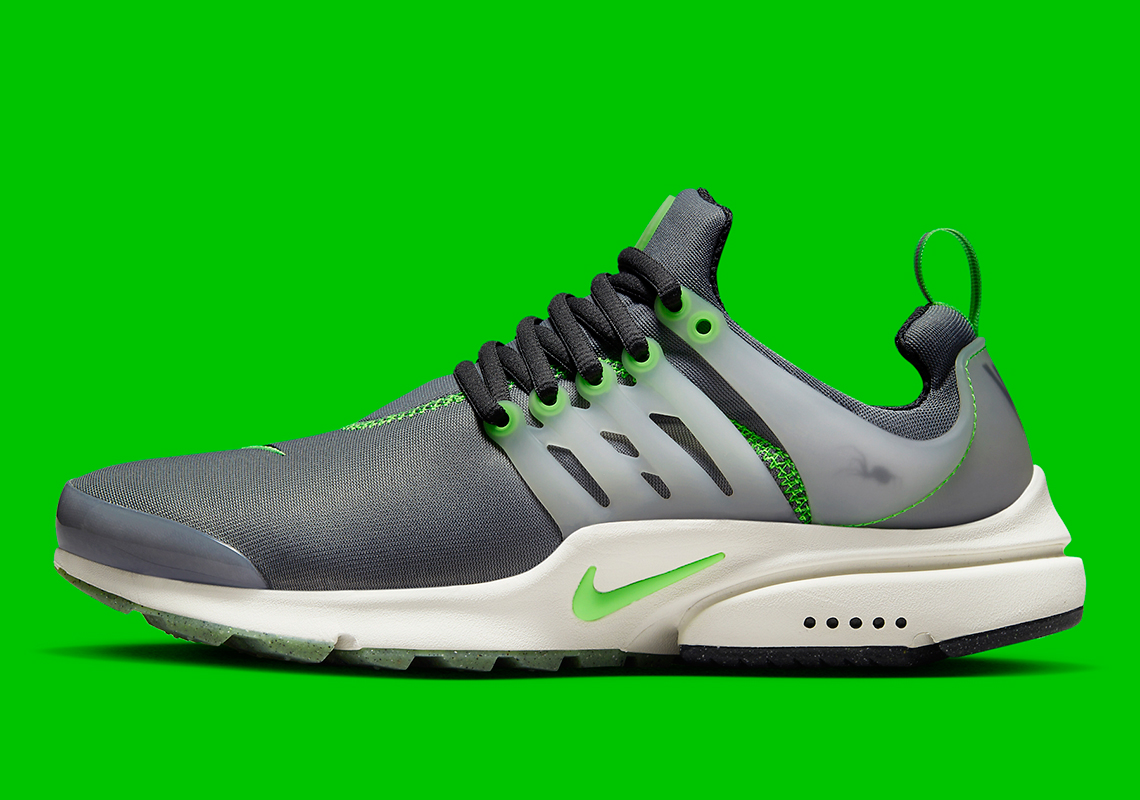 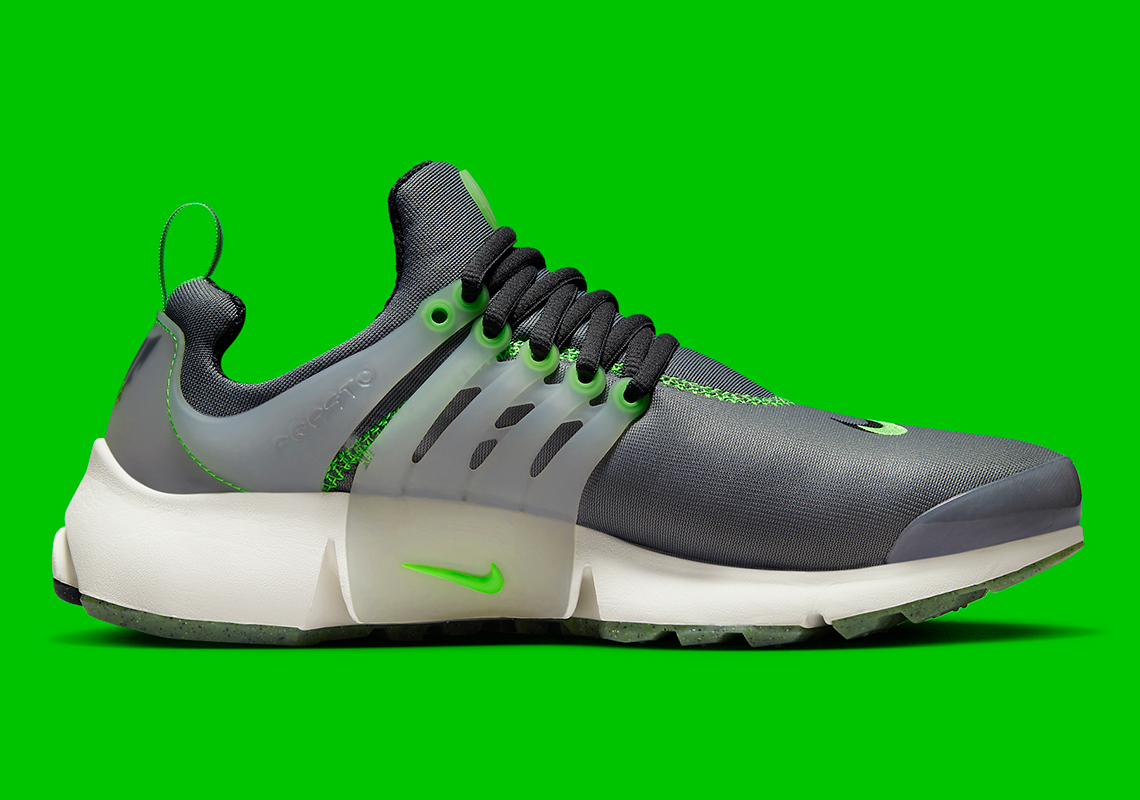 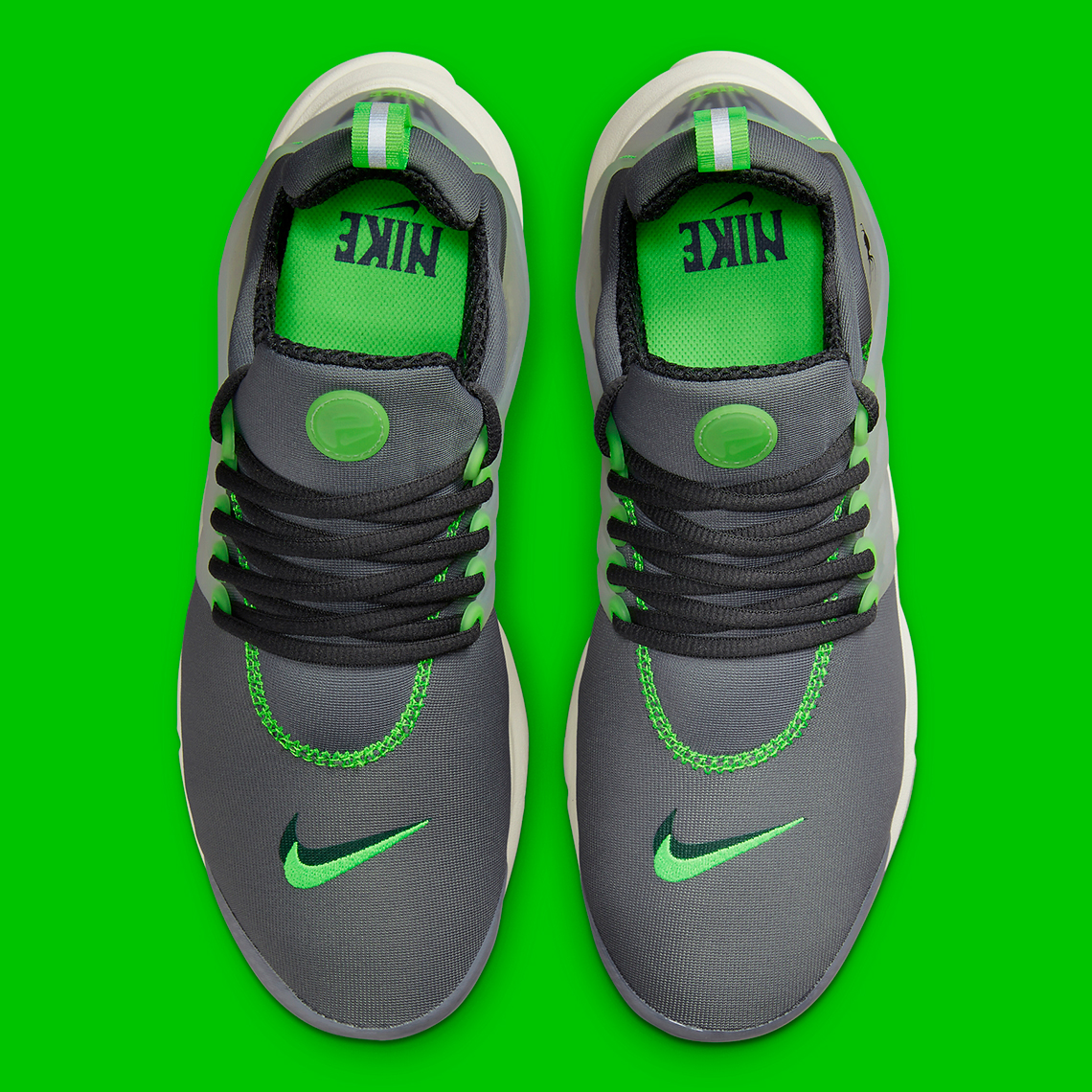 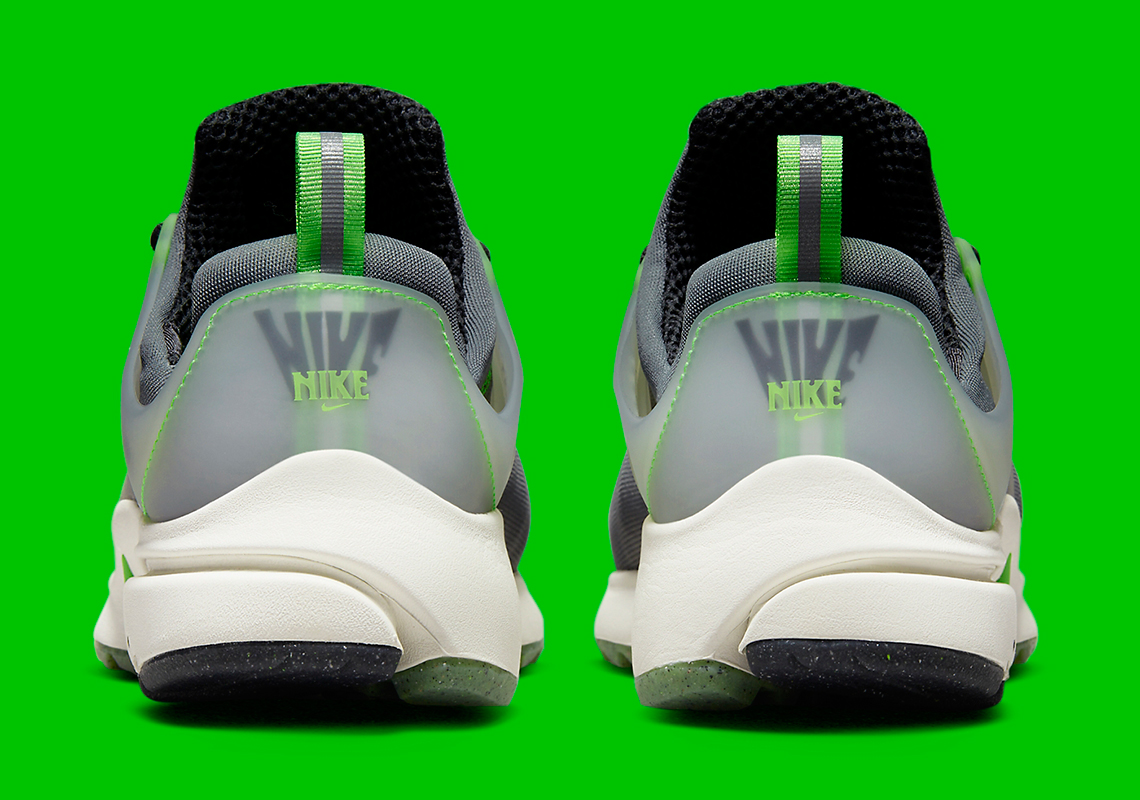 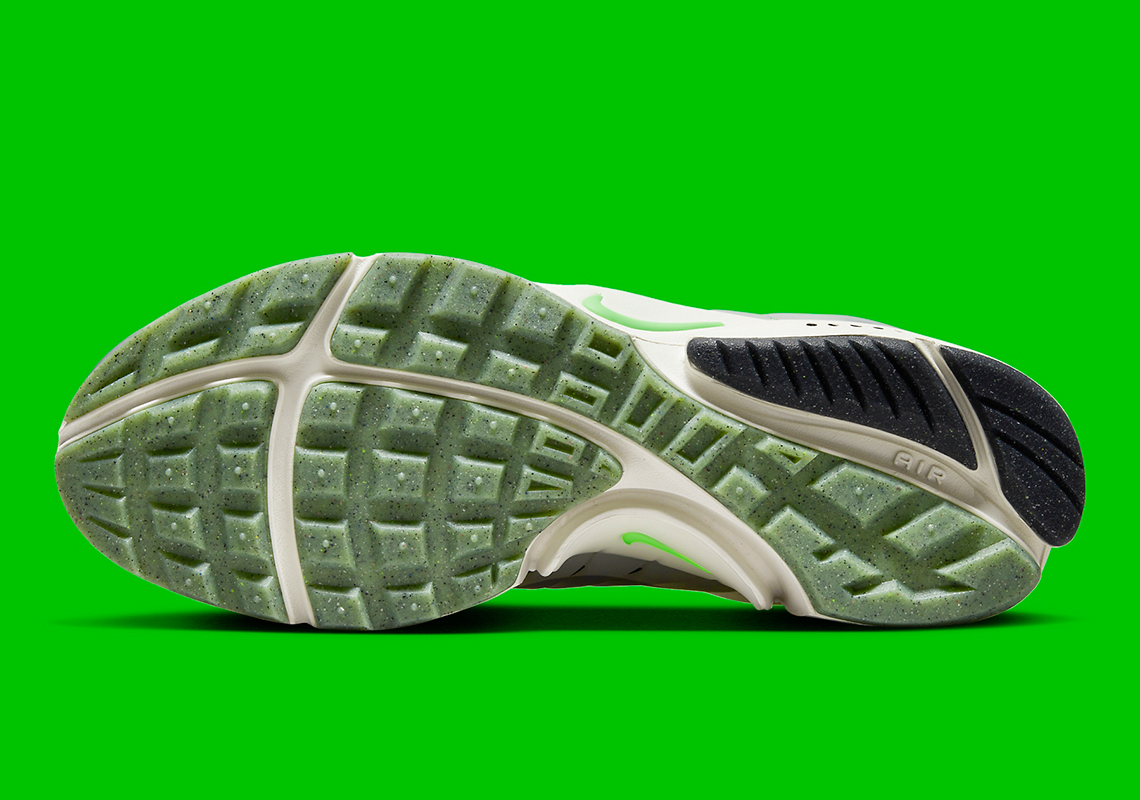 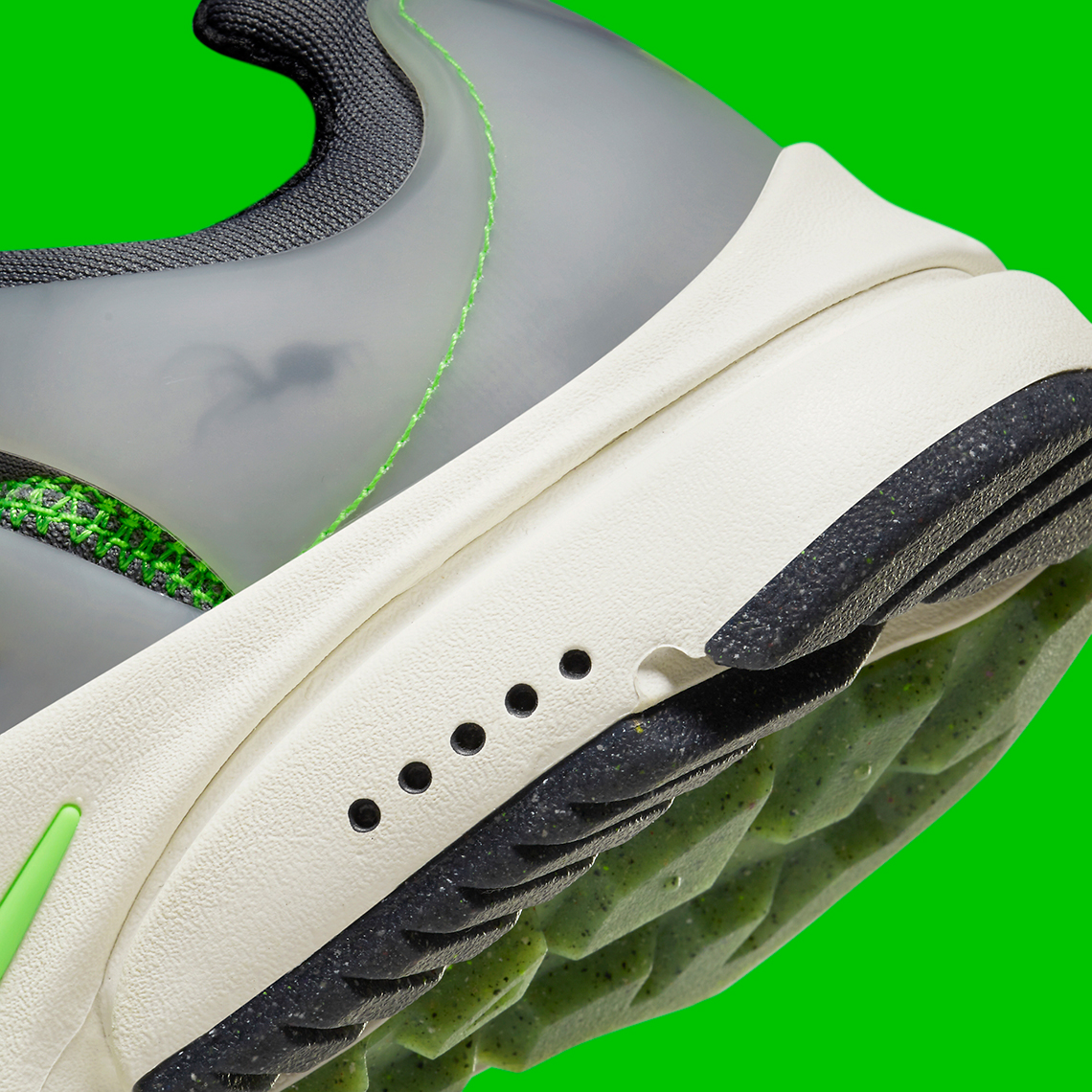 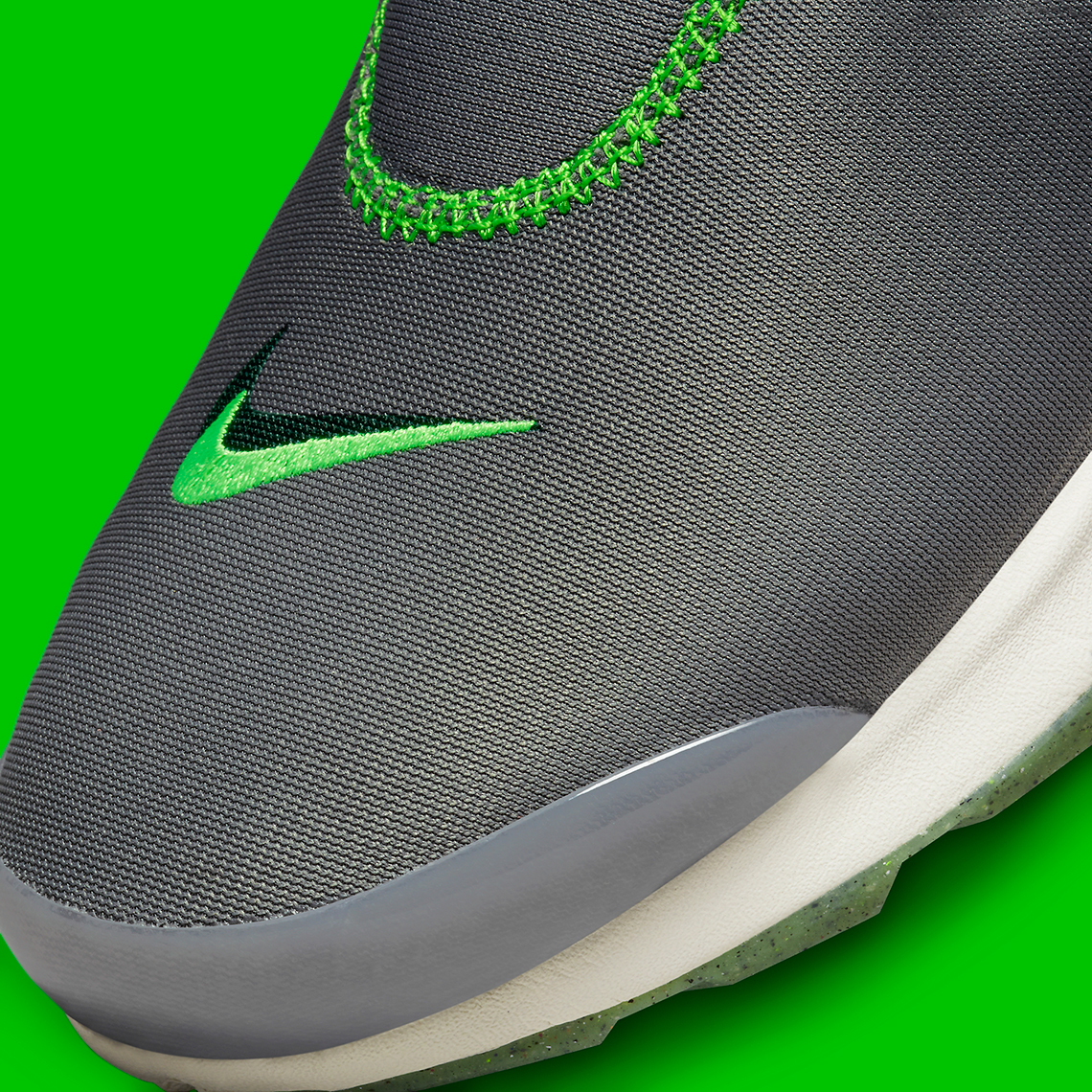