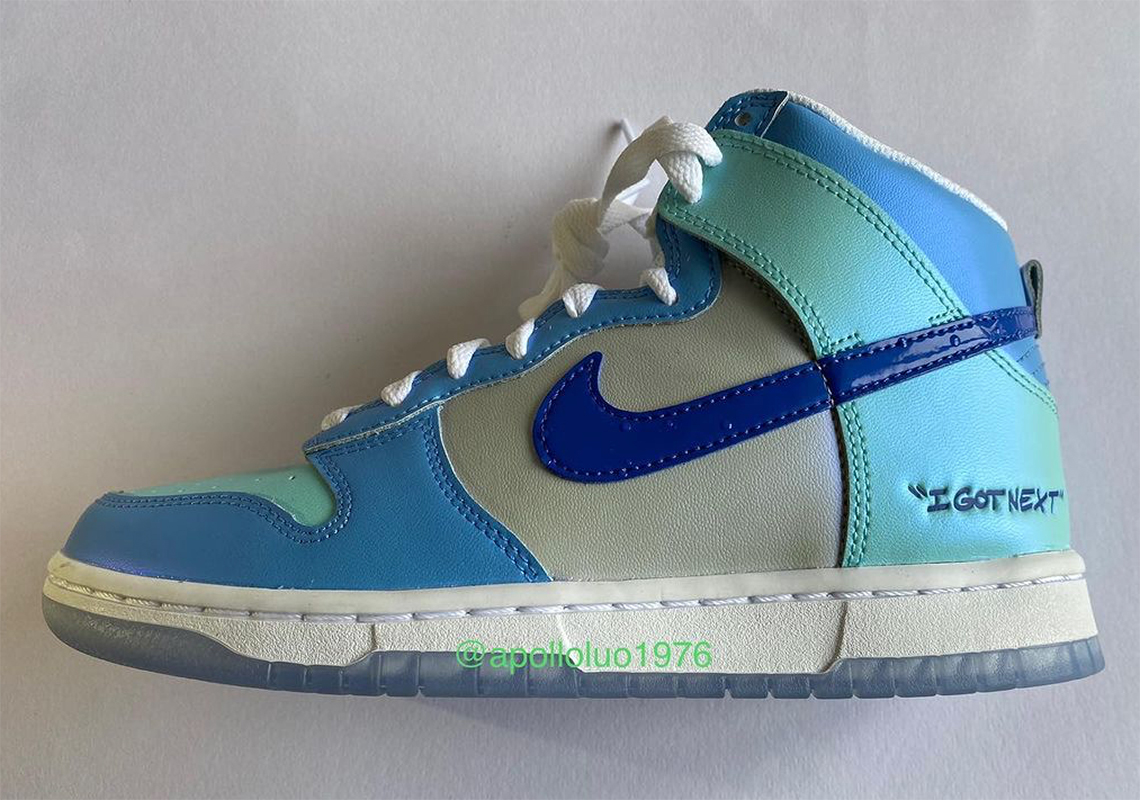 Storytelling for Nike takes many a different form: colorway, graphic, material, the list goes on. But more recently, the brand has incorporated far more text, previously celebrating their customer service with the Air Force 1 High Sculpt “We’ll Take It From Here.” This execution continues though now atop a Dunk High, whose heel spells out “I GOT NEXT.”

“I GOT NEXT” is an all-too-common phrase — especially for those who play basketball. So its appearance atop the Dunk High brings the silhouette back to its roots, albeit without any other explicit nods to the sports. The palette, for instance, is neither inspired by prolific teams or the tools of the trade; instead, a bright, spring arrangement takes the helm, mixing both dark and light blue with hits of white and olive. What’s more, the Swooshes alternate between the latter two, while the sole features a clean, icy bottom.

Enjoy a close-up look at the Dunk High “I GOT NEXT” right here. As it was only revealed by leakers, it might be a long while before hear official word on the pair’s release. For now, though, sit tight, as more images and details are sure to surface within the next few months.

In other news, the OG Air Jordan 2 is finally returning.

Nike Dunk High “I GOT NEXT”
Release Date: Upcoming 2022 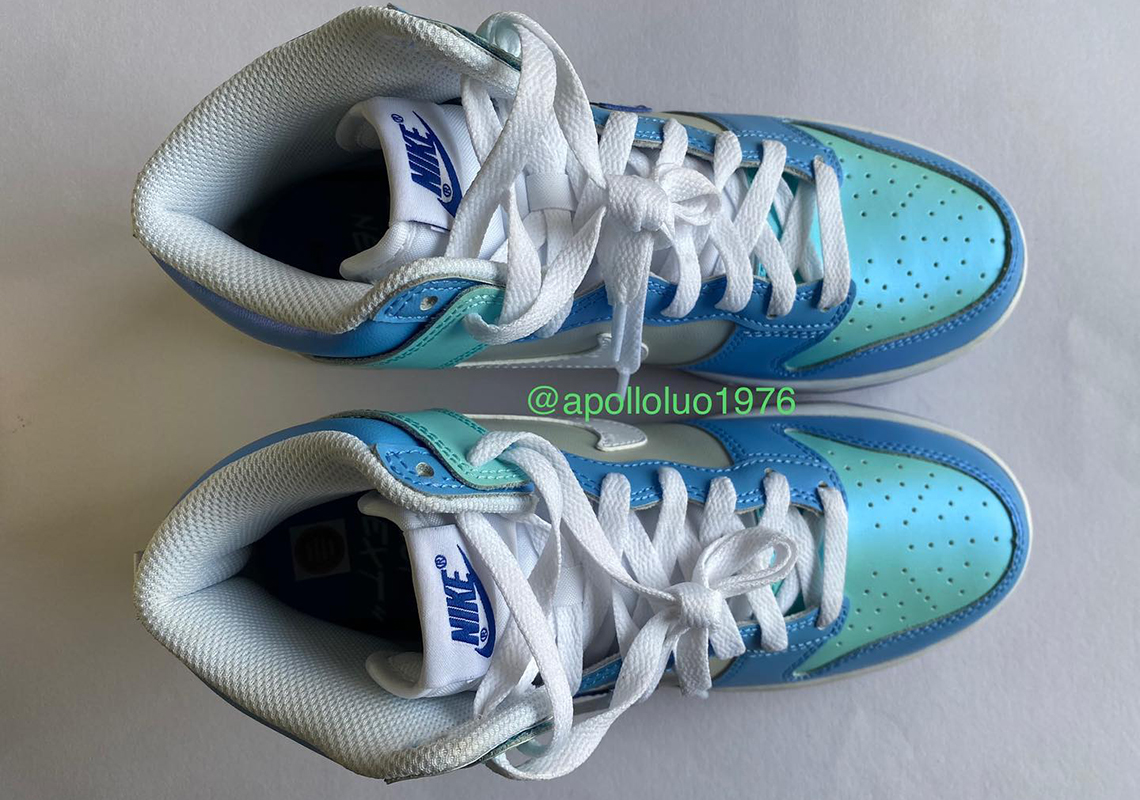 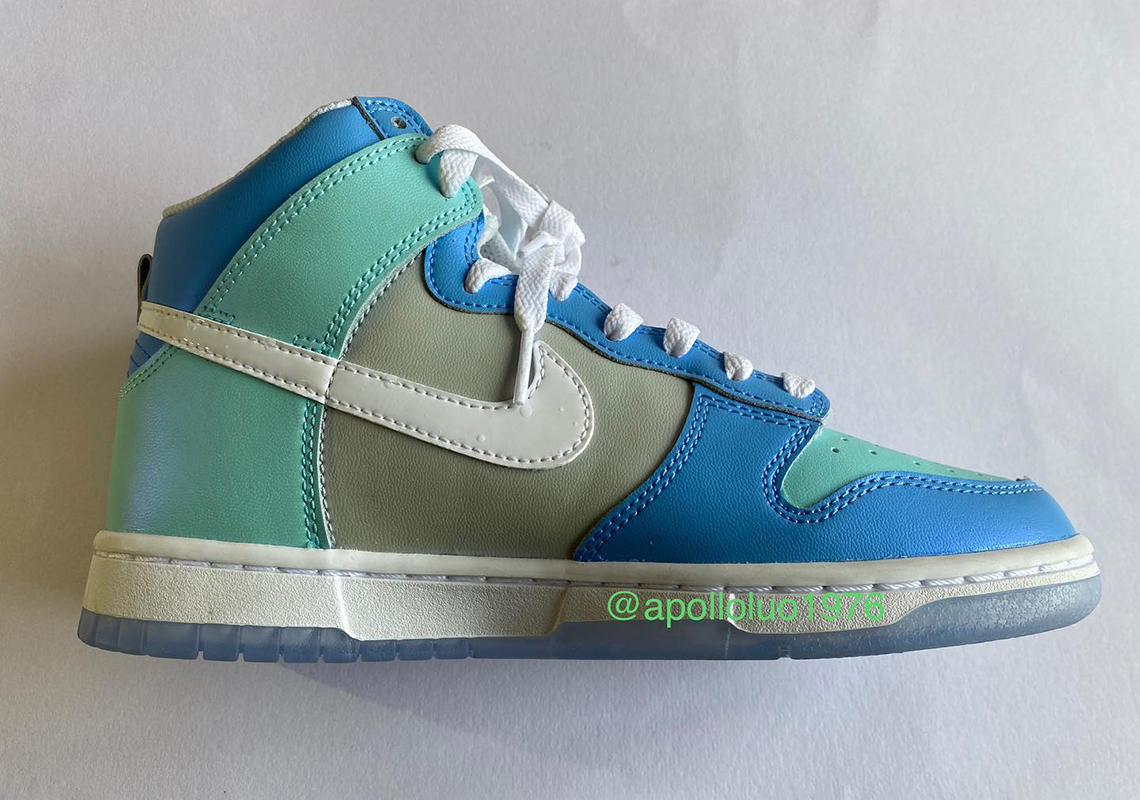 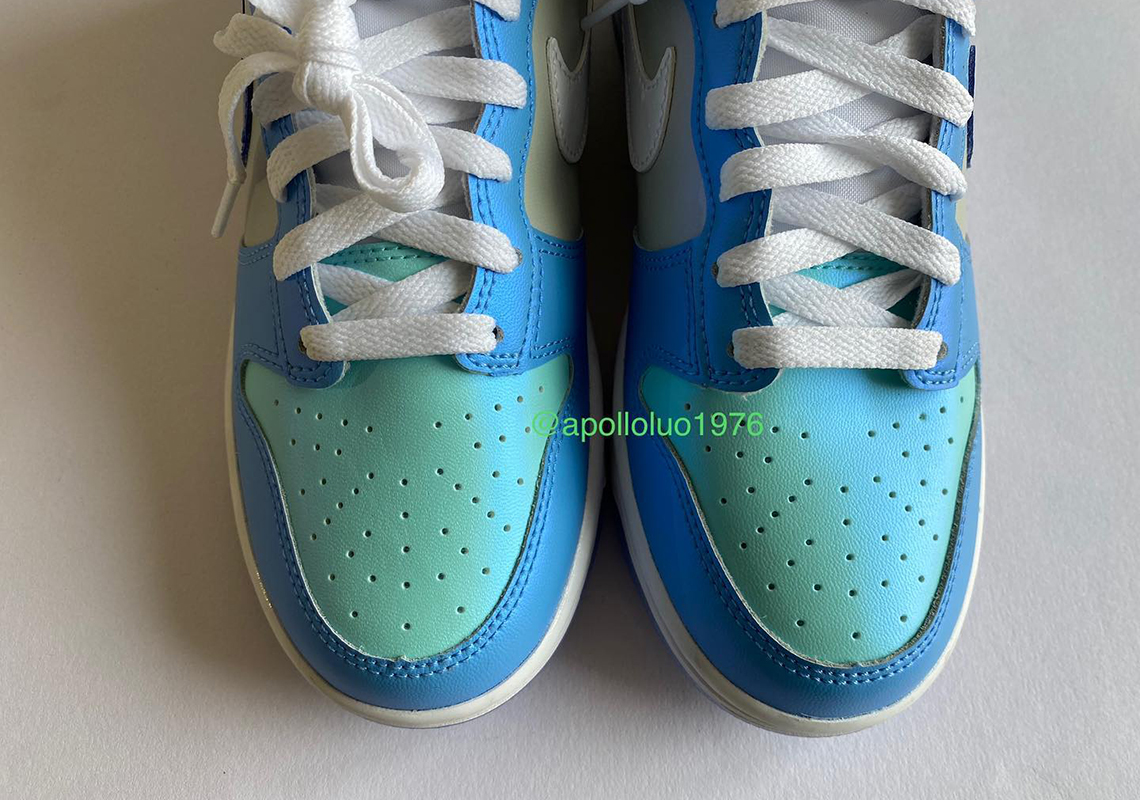 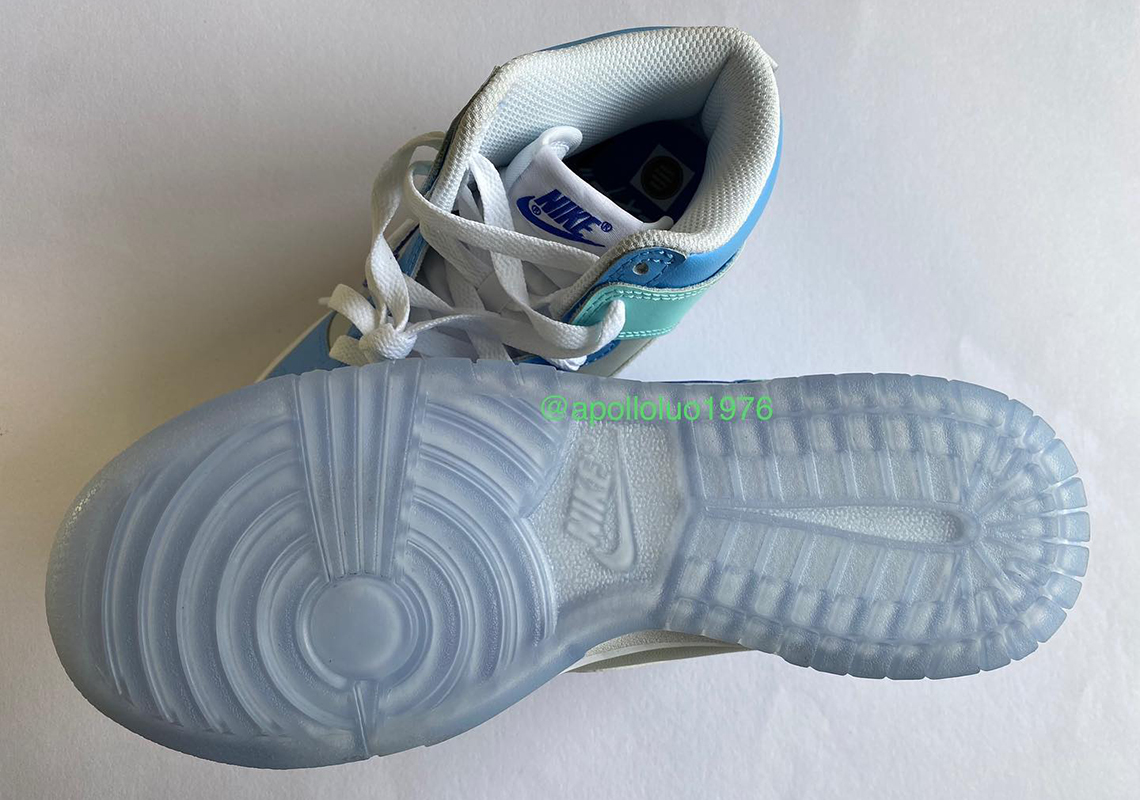